UK residents have a fortunate position on the doorstep of Continental Europe, which makes last-minute weekend breaks a breeze. As one of the finest and most culturally rich areas of the world, Europe has an array of beautiful and cosmopolitan cities that boast some of the world’s finest architecture, entertainment, and cuisine. When time is limited, the journey is just as important as the destination and you want to arrive fresh and ready to explore. The mode of transport defines the whole experience so private jets for hire offer a perfect solution. These five destinations are ideal for a weekend away by jet charter in Europe.

The City of Light frequently tops city break destination polls as a romantic and cultural place to pass a few days. Paris’s proximity to London makes getting there particularly easy for UK residents and it is unsurprisingly a regular destination for discerning travelers. Naturally, iconic sights, fine dining, chic shopping, and first-class museums characterize a weekend in Paris. It’s difficult to know where to begin, but why not start at the legendary Eiffel Tower? If you don’t feel like joining the crowds at Gustave Eiffel’s magnificent feat of engineering, you can stay at the exclusive Shangri-La Hotel, Paris and enjoy breathtaking views of the tower from your terrace.

Stroll the atmospheric streets of the Left Bank, explore the Luxembourg Gardens and follow in the footsteps of the ‘Lost Generation’ of writers like Hemingway and F. Scott Fitzgerald. They, along with Gertrude Stein, Picasso, and Dalí, called Paris home and drew inspiration from their impossibly pretty surroundings almost a century ago. Join a more contemporary clientele of celebrities, businessmen, models, and designers eating delectable dishes at Hotel Costes restaurant on the Right Bank near Place Vendome. Get your fill of culture at the Louvre and shop on the Champs Elysees in the shadow of the Arc de Triomphe.

Rome is Europe’s archaeological treasure and as the one-time capital of the world, it is packed with sights. A weekend isn’t enough to take in all it has to offer but it does allow you to sample the unique atmosphere that makes this city a must-see for culture vultures, lovers, foodies and art enthusiasts alike. Ancient monuments like the Colosseum and Pantheon vie for your attention with Renaissance classics like Piazza Navona, Campo de Fiori, and the Sistine Chapel. The Vatican is a vast complex of riches, which will take up at least half a day. Elsewhere, a visit to the Trevi Fountain and a stop-off at the nearby San Crispino Ice Cream Shop for gelato is an essential experience.

After a day of strolling Rome and its museums, reward yourself with an intimate candlelit dinner at Casa Coppelle near the Pantheon. For accommodation, romantics will love the Dorchester Collection’s Hotel Eden, which offers pampered seclusion in the heart of the city close to the Spanish Steps and Villa Borghese. The refined dining at the rooftop restaurant and bar La Terrazza is what really sets it apart from the competition with unparalleled views over the Eternal City.

Although it can be prohibitively hot in the summer, Southern Spain is an ideal city break for those in search of the winter sun. In fact, it’s one of the few places where you can go skiing in the morning and then head to a nearby beach in the afternoon. Seville, the charismatic capital of Andalusia, has temperatures which hover between 10 and 20 degrees and has up to six hours of winter sunshine per day.

Seville is a hotbed of Andalusian culture; it is famous for flamenco and fascinating attractions such as its imposing Cathedral, which just happens to be the largest Gothic cathedral in the world. The 5-star Hotel Alfonso XIII is an opulent choice that was designed by esteemed architect José Espiau y Muñoz in the early twentieth century. Built around a patio, it was inspired by Moorish palaces and has sumptuous palm-filled gardens and facilities fit for royalty.

Stockholm is one of Europe’s best-kept secrets. Although it is often overlooked in favor of show-stoppers like Paris and Rome, Stockholm has one of the most beautifully preserved old towns, an abundance of parkland and it is surrounded by water. The heart of Stockholm consists of three islands that make up Gamla Stan (Old Stockholm), a labyrinth of medieval alleys and tall, colorful buildings. Strolling around these pedestrian-friendly streets is a joy and they are lined with museums, shops, and cafes. Stand out attractions include the vast Royal Palace and the Nobel Museum.

However, the best museum in Stockholm is the Vasa; it displays the eponymous 17th-century warship and can be found in Djurgarden, a large expanse of the park. The 5-star Grand Hotel is perfectly positioned close to shops, bars, and attractions on the waterfront opposite the Royal Palace. It has two Michelin-starred restaurants and a spa with exercise equipment and an indoor pool.

Venice is a city with a huge reputation to live up to, yet it more than delivers. Comprising 118 small islands separated by winding canals and linked by arching bridges, Venice is a UNESCO World Heritage Site. The Grand Canal is a focal point that bisects the city and cradles the main sights of the San Marco district, including the iconic St Mark’s Cathedral and its adjacent Doge’s Palace, which takes pride of place on the waterfront. Venice is a dream for art enthusiasts as architecture and artisanal crafts are showcased across the city and celebrated during biennales and Carnivale. Churches and museums line the picturesque canals, and they are joined by pizzerias and fine seafood restaurants.

The Gritti Palace is a luxurious institution for visiting celebrities and global influencers. The 15th-century Palazzo combines Italian history and contemporary Venetian style to create a refreshingly intimate and elegant hotel. Its floating terrace claims the best spot along Venice’s Canal Grande and Club del Doge restaurant is one of the most sumptuously decorated dining rooms in Italy.

Jet charter in Europe is bringing many of the continent’s most enticing cities closer, opening doors to exotic culture, spectacular beauty and rich histories in luxury and comfort. 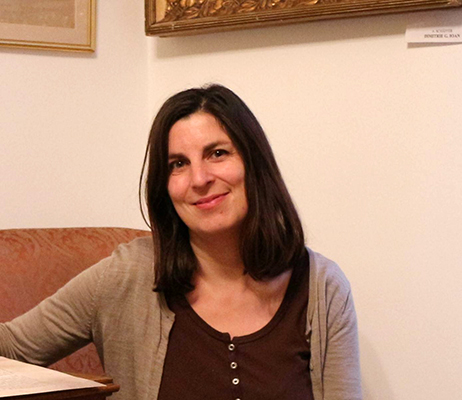 Zahra Pettican
Zahra is a British freelance writer who specializes in lifestyle and travel. Her main focus is history, culture, and food. As much as she loves big cities like Paris and Rome, she also seeks out fewer mainstream destinations.
Previous articleBeautiful You, Essential Beauty Products for You
Next articleSarah Jessica Parker’s Boutique at Bellagio Resort & Casino