In 1737, Hungary’s Tokaji was the first wine region to specialize in sweet wines. Most people’s knowledge of dessert wines probably stops there or goes no further than “ice wine,” but there are so many good, novel as well as luxurious ends to a good meal waiting for you from the US and around the world.

A Premier Cru Classé in the original Bordeaux Wine Official Classification of 1855 and belonging to the incredibly sweet Sauternes appellation in Gironde, in the region of Graves, the winery is located in the commune of Fargues. The gold standard when it comes to botrytis-affected wines, made from the easily-attacked Sémillon grape, along with Sauvignon Blanc and Muscadelle. It is astonishing what the French can do with shriveled, fuzz-covered grapes. Lusciously civilized. One of the affordably finest. www.lafite.com

Caesar and Marc Anthony reputedly toasted Cleopatra with it.  Now Victum Acquense or Brachetto d’Aqui has a modern form. Rosa Regale still likes to consider itself “a prelude to seduction.” John and Harry Mariani acquired the mid-18th century winery Bruzzone and renamed it Banfi Piemonte. Brachetto, a semi-dry, red sparkling wine, was cherished by the courts of Europe over two centuries ago. Rosa Regale is made in the Brachetto d’Acqui Denominazione di Origine Controllata e Garantita, commonly referred to as DOCG. It is crafted from 100% Brachetto grapes grown exclusively at the La Rosa Vineyard in the town of Acqui Terme. The label features a single red rose, representing the wine’s origin from this single vineyard La Rosa estate. After a careful harvest, the must is allowed to macerate on the skins for 2 to 3 days, thus resulting in limited actual alcohol content. In this way, a deep beautiful pink color is obtained, thanks to the time spent in contact with anthocyanin-rich skins—reasonably low alcohol content. $20 well spent. 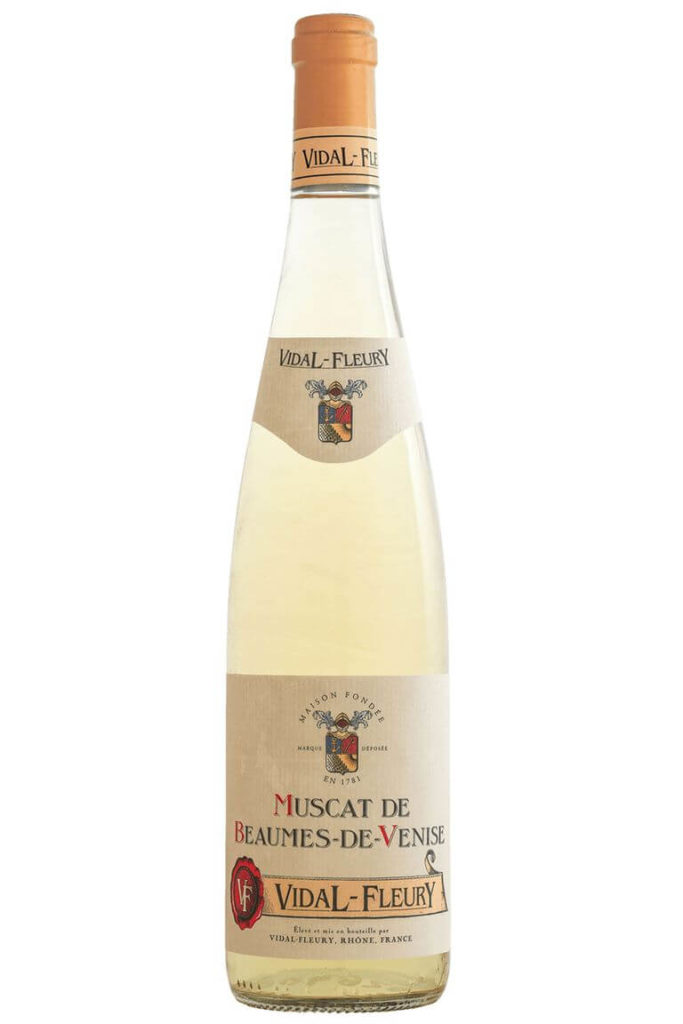 Established in 1780, Vidal Fleury is the oldest continuously operating winery in the Rhone Valley. It has been making this succulent sweet wines since 1943. Connoisseurs and sensualists rave about “its yellow robe and gold highlights, detecting grapefruit, lychees and even rose petal jam. 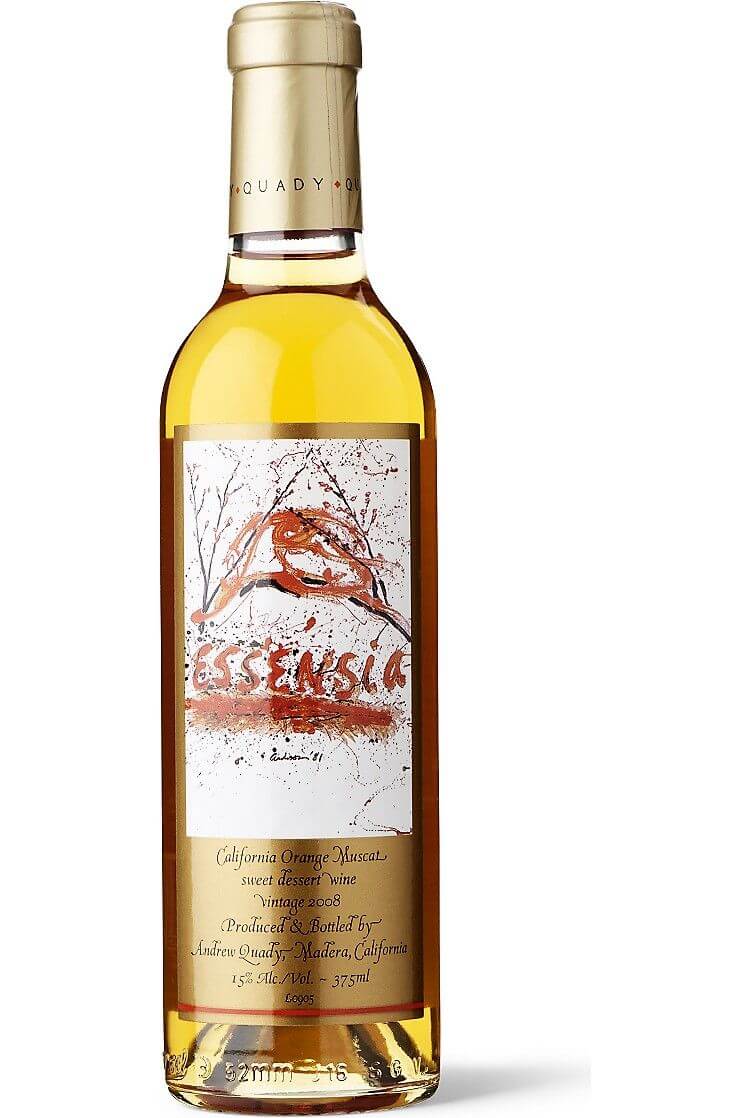 Essensia is a full-bodied sweet wine made with Orange Muscat grapes in Madera, California. Spicy orange-apricot-pear flavors and aromas balanced are the fruit of Andrew Quady’s 1980  discovery of underused Orange Muscat grapes in Reedley, California. In Italy, the variety is known as Moscato Fior d’Arancio: Orange Blossom Muscat.  Pair with chocolate, almond, peach, apricot and apple desserts, or cheesecake. “Dip in biscotti, moisten cakes and add to truffles. Drink it alongside fresh goat cheese and enjoy the interplay between the sweet and sour flavors,” suggests son, Herb. Try some Elysium and Deviation too! www.quadywinery.com 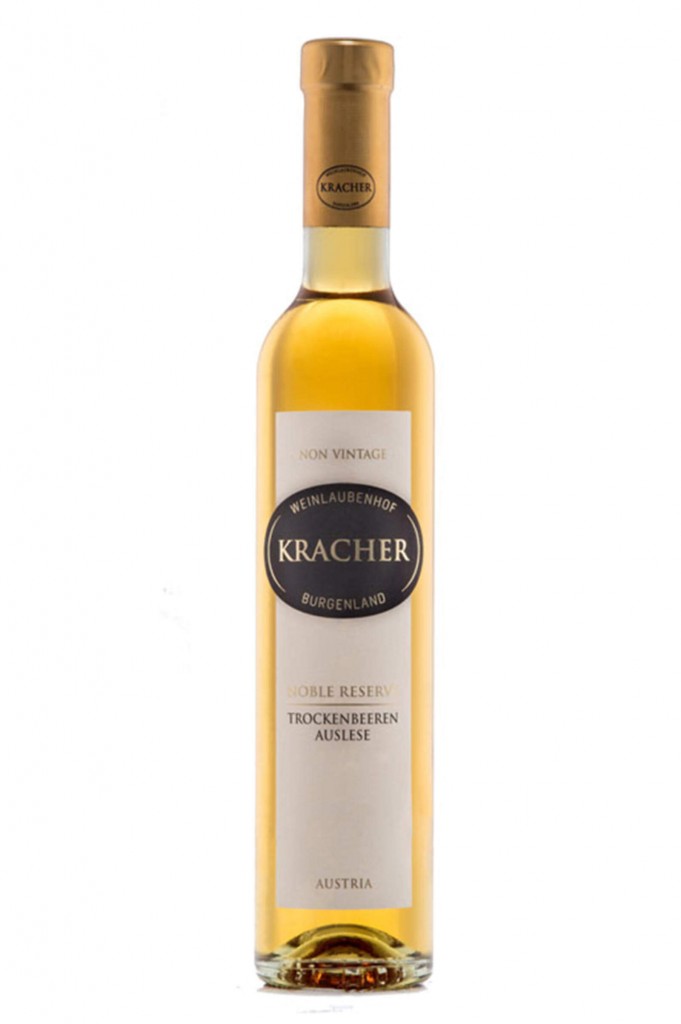 The Kracher Winery is in the Seewinkel area of Austria’s Burgenland. Here, with evening fog and warm Pannonian climate, continuous warm-humid weather patterns are dominant and, therefore, allow for Botrytis cinerea to be generated. This is what provides the basis for the fantastic sweet wines such as Beerenauslese and Trockenbeerenauslese. From the grape varieties Welschriesling, Chardonnay, Traminer, Scheurebe, Muskat-Ottonel, ex-chemist, the late Alois Kracher created each year over a dozen different Trockenbeerenauslesen wines in two different styles. His son is now in charge, Late-harvested, noble rot wines sound vile. But are sublime. Grapes are left on the vine until later in the harvest season, allowing them to get super-ripe and gain a lot of sugar. Noble rot or botrytized, wines are a version of late-harvest wine, but the healthy grapes are attacked by a fungus called Botrytis cinerea, concentrating flavors, sugar, and acidity. Botrytis often adds its unique flavors as well, such as ginger, orange essence, and honey. 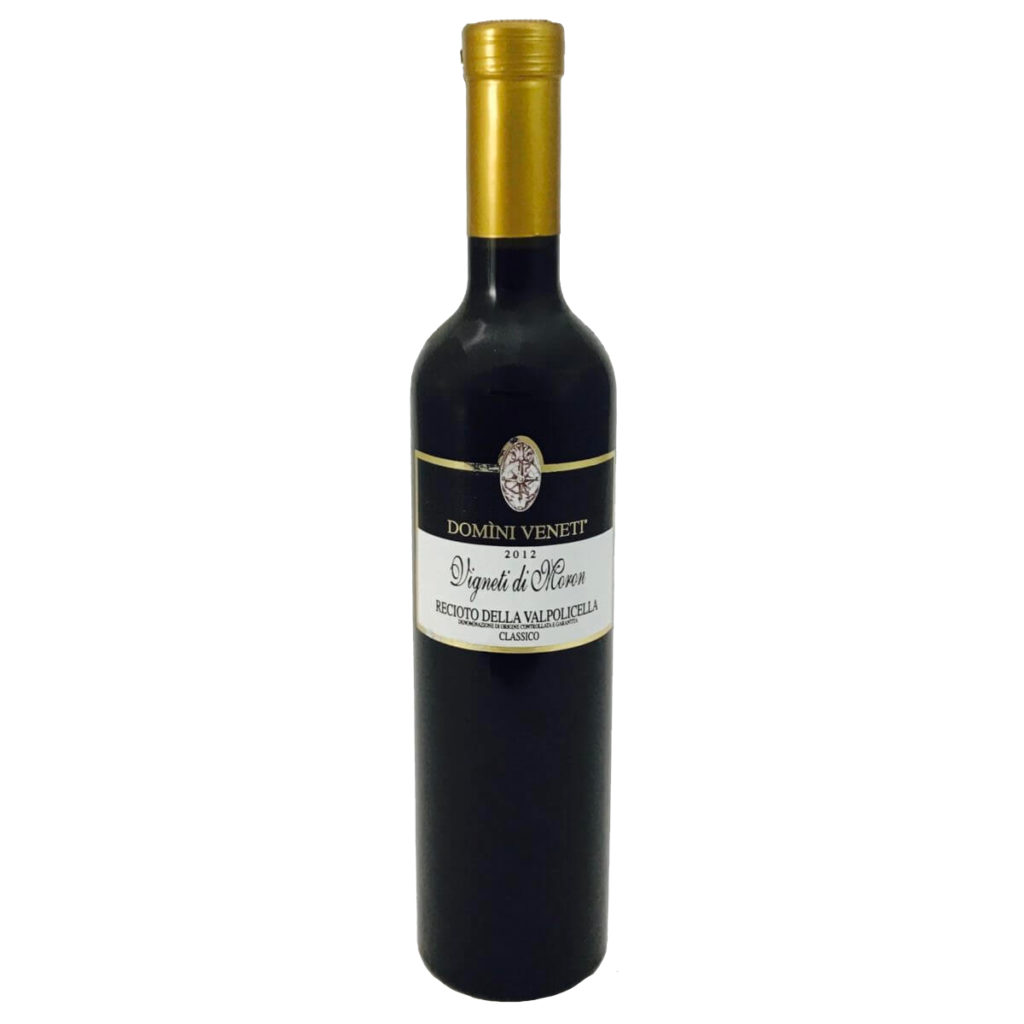 A wine made in somewhere called Moron is memorable before you taste it. And more so afterward, Domini refers to the lands of Venice when it was its largest. Excellent with blue cheese. Recioto takes its name from racemes, the minute bunches known as “recie” that grow on the sides of the bunch. This delicious wine is produced exclusively from native vines such as Corvina, Corvinone, and Rondinella, but also with Cruina, Forselina, Negrara, and Oseleta. The same grapes are used for Amarone. Traditionally, they are dried “passito” on straw mats or in lofts called fruttai, which ensure air circulation so that mold doesn’t form, concentrating the remaining sugar and flavors and creating a sweet wine with clean and often-raisined flavors.  Think cherries and chocolate. Think about heaven. 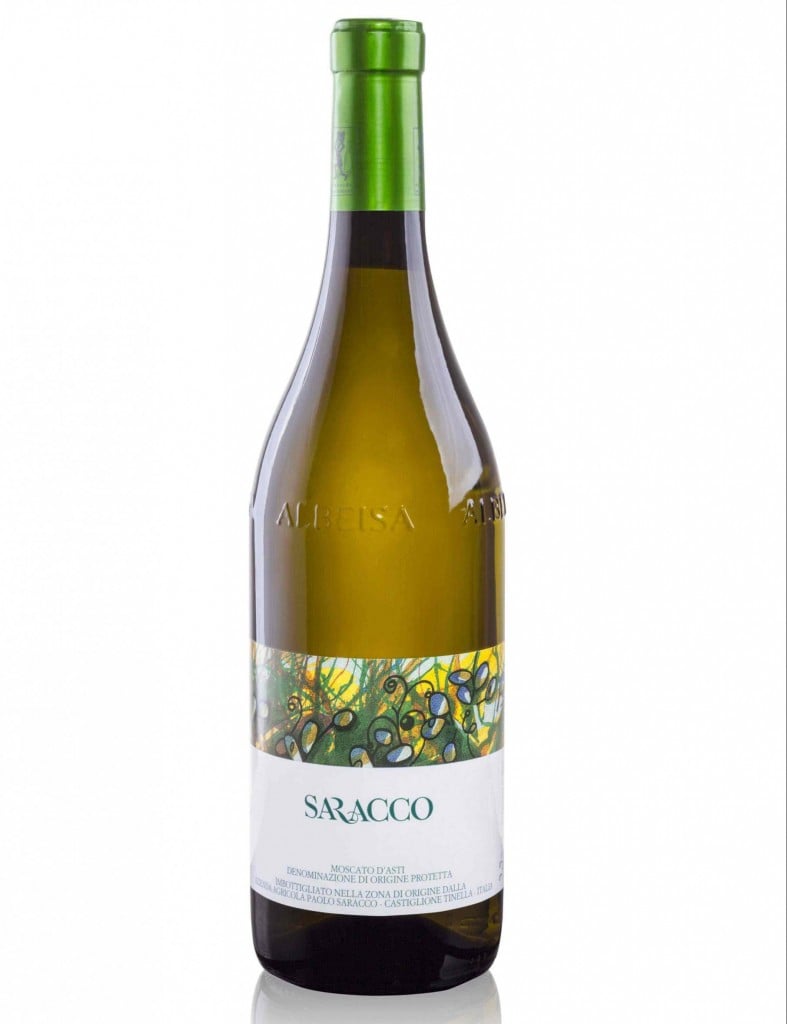 This Saracco Moscato d’Asti is semi-sparkling wine, “frizzante.” With an 8% alcohol content, it’s made in Italy’s Piedmont region. An educated nose can pick out honeysuckle. Oozes with ripe peach flavors surrounded by honeysuckle. Moscato d’Asti is an indigenous aromatic wine characterized by orange, peach, and lime notes, with a sweet taste rich in minerals. Ideal with pastries, cakes, fruit tarts, ice cream, biscuits. Also delicious with cheeses such as gorgonzola. 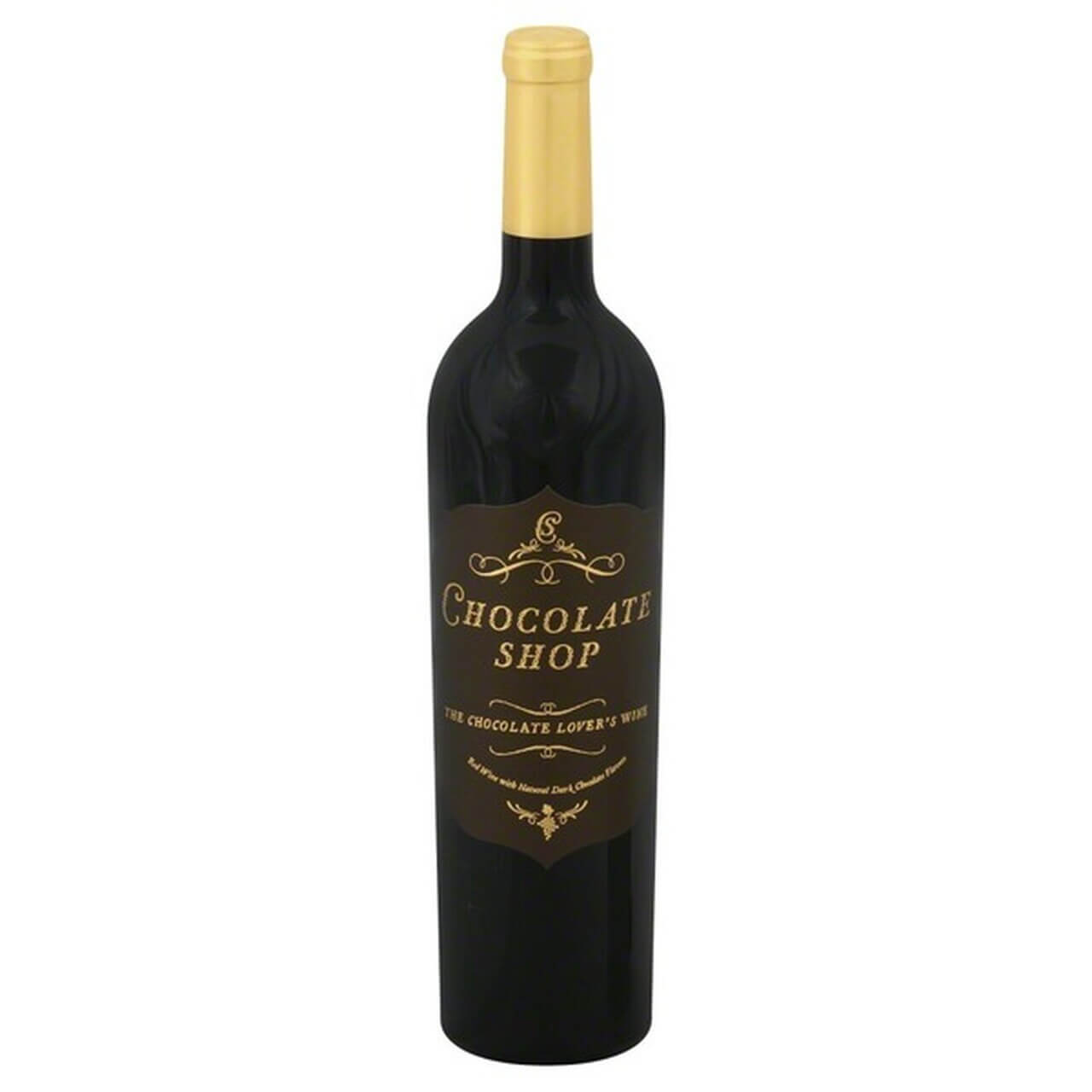 Since the introduction of Chocolate Shop in 2011, Univ of Montana philosophy graduate and now Seattle-based Hal Landvoig started working in a bottle. His aromatized red wine has been e top-selling chocolate red wine in the United States. Chocolate and red wine are a perfectly natural pairing.  Until you get on the scales. $109 case through