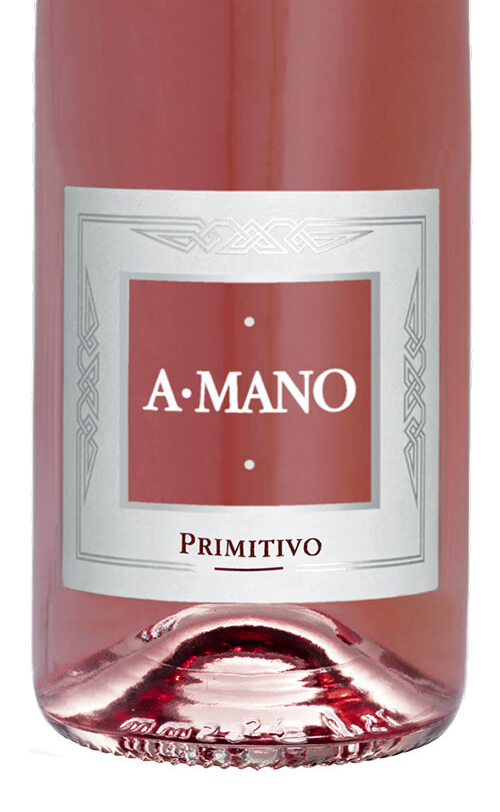 A Mano Wines, “it’s the prettiest wine you’ll ever drink. And it’s the most versatile. Italian rose wines or Rosati are not appreciated as they might be. It’s the color. They are too pretty!”

Californian Mark Shannon used to build wineries. He never thought he would own and run one in Puglia.  And make Italian rose. The graduate of  UC, Davis built wineries in California as well as Delaney, Grapevine, West Texas.  He helped privatize a winery in Slovakia after the “fall of the wall.”

“All fun projects with great people. But in 1997, there was a shortage of “fighting varietals” in California, and I went to Sicily to procure some. The winery owner asked me if I might set up a quality program for his premium brand. It seemed like a short adventure, and I accepted. My foreign language was Spanish, as all the workers in the vineyards and wineries of California are Mexican.  It was hard work. One weekend, my partner, Elvezia, and I went to Puglia, where she comes from. I remembered at graduate school a plant pathologist who had visited the region telling me about a grape called Primitivo, which looked a lot like Zinfandel to him. At the time, Zinfandel was rather crucial to Californians, who felt that it was exclusive to them.

“We went to a wine shop and bought loads of bottles and did a tasting in our hotel. They were awful. But I remember all these people in a fish restaurant drinking Rosato. I had never seen it as a serious wine category. It’s the most difficult style of wine that there is to make. It requires fully flavored grapes at low sugar and low color – oxymorons in Puglia. But we moved to Puglia and started making it as well as other traditional Puglian wines. That was twenty-five years ago. Our tasting room is in Noci, near the UNESCO village of Aberobelli.”

“Five Roses” is a famous Italian wine that should be more famous. It was Italy’s first-ever rose and the first Italian wine to be bottled in Italy and sold in the US. It was first sold to US troops fighting in Puglia.

Vines were planted in Salice as well as Guargnano, Veglie, Novoli, and San Pancrazio in the late seventeenth century by Duke Oronzo. From the start of the nineteenth century, the winery was exporting to the US. In 1943, Piero and Lisetta Leone des Castris’s wine was tasted by American  General Charles Poletti, Supply Officer of the Allied Forces. It was recommended to soldiers. The name Fives Roses” derives from a “Contrada” m so-called because, for several generations, each de Castris had five children. The winery, near Lecce, now grows Verdeca, Moscato, Aleatico, and Primitivo grapes producing 2.5 million bottles red, white, and rosé DOC wines (Salice Salentino, Locorotondo, Copertino, Primitivo di Manduria) every year. “The Five Roses Club 1943” is dedicated to the legendary first rosé wine to be bottled in Italy and made from 90% NegroA Mano and 10% Malvasia Nera.

More and more are joining the Rosaautoctono Movement and standing up for Italian Rosato. Italian rose wines are just not “one night wines.”

Over thirty percent of all wine drunk in France by the French is rose. But the Italians, especially in Lazio and Umbria, turn their noses up at rose.  Although the country has a long tradition of pale or low-pigmented wines, most of the 2.5m bottles it makes on home soils are exported. Only 10 percent of wine drunk in Italy is rose. The Rosaautoctono was established by Italian Rosato makers to promote and preserve wines which do not undergo complete fermentation in grape skin.

Italians admit to having a color issue. Italians judge by looks and seem to think rose a little too pretty to drink. A bit sissy. Girly, even. Whereas, elsewhere, it is also often seen as an extra cold, all-day, hot weather good-time poolside, BBQ  and picnic cheap, quaffing wine.  Deserving of little respect, snobs see it as an afterthought. Spillage in a bottle.  Not as a worthy food complement or a quality fine wine in its own right.

Lake Garda region has been making “Chiaretto” since the sixteenth century.  In the late nineteenth century, from Provence came the vinification by tears method, “vinificazione a lacrima (“vinification of tears”)  just with the juice collected from the press collected after only one night of maceration. The Italians are very keen on skin contact—six to sixteen hours at a time.

The Chiaretto wines of Lake Garda come from either side of the border between Veneto and Lombardy. Bardolino Chiaretto uses Corvina, a grape naturally low in coloring matte. Good producers include Matilde Poggi’s Le Fraghe. 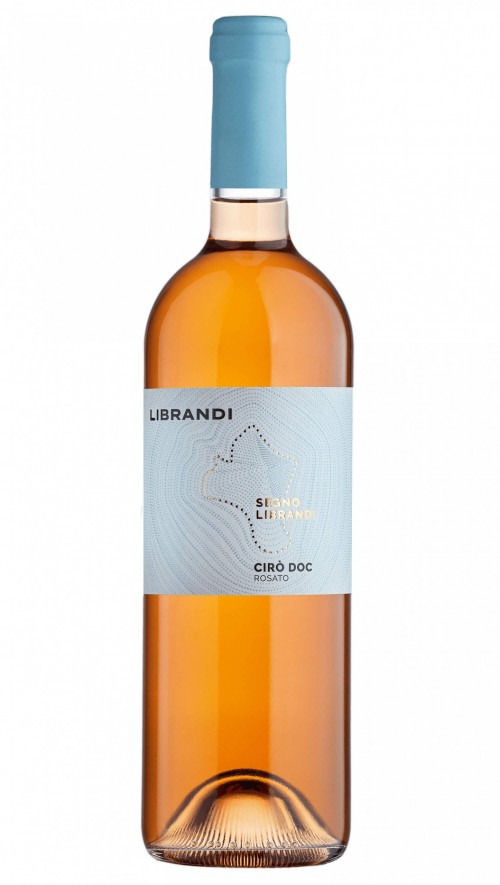 In the Riviera del Garda Classico DOC on the Lombardy side of the lake, the Italian rose wines are more floral and rose-colored, using Sangiovese, Marzemino, Barbera, and the local Groppello. The DOC requires 30% of the ancient variety. Valtènesi makes the best with Pratello considered to make the most representative.

The coral-colored Castel del Monte Bombino Nero is another fine rose, as is Librandi from Calabria, with its Ciro Rosato made from Gaglioppo. Aromatized by wild coast herbs ( “ macchia Mediterranea”), Ciro is one of the oldest wines in the world, allegedly a descendant of “Krimisa,” the wine awarded to the Ancient Greek Olympic champions.

Dry-farmed, hand-harvested, head-trained, A Mano ( by hand) wines are changing perceptions and winning admirers in Italy and outside. Says Shannon: “The Primitive grape lends a blackberry character and Aleatico, ripe peach and tropical fruit aromas.

“To make a Rosato without the addition of decolorizing agents requires a lot of dedication in the vineyard. Rose must not be a by-product. It is not something to produce to concentrate on red wine production. It needs to be made as Italians cook -with great ingredients and love.”