Amazing Facts About Japan You Need to Know

People who have not visited Japan often feel overwhelmed with so many surprising facts about Japan, from its rich history to its multi-layered culture. Travelers are fascinated with the country, and there is something that everyone will love about Japan, whether you are into their pop culture, their language, cuisine, manners, or their incredible advancements in technology.

The Landscape of Japan

Japan is an archipelago country that is made up of four main islands and approximately 6,000 smaller islands. You have probably heard about Japan’s four main islands; Hokkaido, Shikoku, Honshu, and Kyushu. Did you know that Japan’s islands were once attached to the eastern coast of mainland Asia before splitting off due to tectonic activity? That is when the Sea of Japan was created around 15 million years ago.

Aside from its thousands of islands, Japan has four-fifths of its land covered with mountains. The well-known Mount Fuji is the highest peak and the most famous mountain in Japan. Despite being a beautiful country with numerous scenic sceneries, Japan can sometimes be a dangerous place as there are many earthquakes and Tsunamis of various levels which occur regularly. There are around 200 volcanoes in the country. Of that number, sixty are still active today.

The Japanese Language is Fascinating

Japanese is a fascinating language with many unique qualities that differentiate Japanese from other languages in the world. The experts at LiveFluent.com explain that Japanese speakers use many words that are untranslatable to other languages. How can you translate this Japanese word “komorebi,” which stands for “sunshine filtering through leaves” to another word in your native language?

Aside from having interesting words and phrases, Japanese is also a polite language as the strongest and meanest curses in Japanese are “idiot” and “fool.” The Japanese language is fascinating with its unique ways to use words and its writing system, including Chinese characters and Southeast Asian languages. If you are interested in Japan, its people, and their culture, you definitely have to try learning a few common words and phrases. 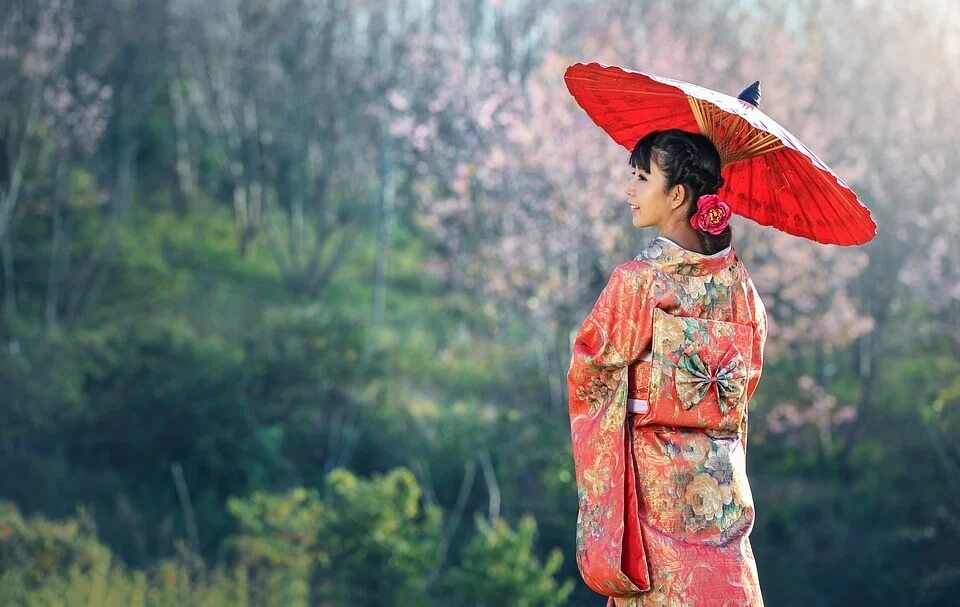 The Culture of Japanese People

You may not have visited the country, but chances are you have heard about the Japanese people with their hard-working reputation and their highly respectful manner. Even at a young age, children in Japan are taught to show high levels of respect for their peers and their parents, elders, and other people in society. In Japanese culture, it is the case that the greater good of a group always outweighs the good of an individual. One of the most popular traits of Japanese people is their renowned level of politeness. Therefore, service in Japan is usually exceptional. In contrast to many places globally, Japanese people who work in the service industry do not expect tips.

Japanese dishes generally consist of rice, fish, meat, and vegetables. With little fat and many vitamins and minerals, Japanese cuisine is considered one of the healthiest cuisines in the world. A nutritious diet is a major reason why the Japanese tend to have a long life expectancy compared to people from other countries. Did you know that the largest seafood market in the world is the Tsukiji market in Tokyo? Make sure to visit the market to see the famous tuna auction in Tsukiji.

The Importance of A Bow

Bowing is an important way to greet people in Japan. There are many factors you need to pay attention to, such as how deep a bow should be and who should bow lower. Due to the significance of etiquette in Japan, Japanese people work hard to perfect their ways of greeting. If you plan on going to Japan or know some Japanese friends or colleagues, you should try to learn more about their manners and etiquette to avoid offense. Here are a few manners you should know before going to Japan: (1) avoid pointing with only one finger; instead, you should use your entire hand to point to a direction or a person; (2) avoid physical touch such as hugging if you are unfamiliar with a person; (3) try to stay quiet if you are on public transportation or in a public place.

Japan is a wonderful country with a distinctive culture and stand-out traditions. There is so much more to Japan than its developed metropolitan cities and famous dishes. Japan has a long history and many celebrated cultural delights. From Kawaii culture that appreciates cuteness to Japan’s cultured entertainers such as Geisha, Maiko, Geiko, and Hangyoku, there will always be something fascinating about Japan that will amaze travelers around the world.

Danor Aliz
Danor Aliz is a lifestyle journalist who enjoys writing about everything luxury. Her favorite subjects are luxury travel and everything that has to do with fashion. In her spare time, she loves to paint and also enjoys her time walking her dog Daisy.
Previous articleHow To Improve Your Chances Of Winning Your SSD Case
Next articleFall in Love with the Best Brilliance Lab-Grown Diamonds Collection

Do you often fantasize about traveling to a far-off destination? Maybe you see images of Greece, Italy, London, Canada, Mexico, or Brazil and picture...

The internet is flooded with hundreds of skincare hacks that people claim work. But is it really true? Well, you never really know until...