How do you become one of the top-ranking family office executives of Forbes-listed billionaires?

Simple. You just have to get the job done. And by job, that means any job. Literally—whether it’s managing a private island, purchasing a spacecraft, retrofitting a megayacht, or setting up meetings with heads of state.

Aron Moldovanyi has been Chief of Staff to some of the wealthiest individuals in the world, managing their properties, staff, and schedules, all with a smile, a charming personality, and being dressed to kill six days a week.

A lifestyle like this may sound like a James Bond movie, but it is undoubtedly one of the most stressful jobs in the private sector. At the end of the day, Moldovanyi’s role is one that not many will find themselves in, and it took him decades to end up where he is today. “People train and wait for many years just to find out it is not for the fainted-hearted,” says Moldovanyi of his work.

And if you ask what degree or job experience could qualify you to even be considered for a role like this, he will tell you that the answer is “none.” His unique experiences, skills, and network are just some of the factors that have helped him along the way, coupled with hard work and tenacity.

The 46-year-old Hungarian Canadian started his career in 1998 in the luxury cruise industry. Following the completion of his college degree, he worked for years on some of the world’s largest floating hotels to gain international experience in the hospitality industry. “It was hard work but prepared me to land top positions at some of the most iconic and finest establishments on the other side of the pond.”

In London, Moldovanyi rubbed shoulders with celebrities, royal family members, and millionaires at the old Café Royal in Picadilly, worked at the ever-busy Kingsway Hall Hotel, and managed UK operations for the famous Il Bottaccio’s Belgravia hospitality arm for the prestigious D’Anna family.

By 2014, Antara Palace had joined the Condé Nast Johansens’s collection and won various international awards; Moldovanyi, in addition to his General Manager and Estates Manager roles, held two director titles within the organization. After he gained the absolute trust of Kenyeres, Moldovanyi was appointed to represent his 3.5-billion-dollar man-made island resort project, Eden City, at the World Union of Arab Banks Annual Summit.

He also represented his Principal, Kenyeres, at official state visits as a member of the Cyprus Presidential Delegation (ICC). “I was fortunate to learn everything from construction to project and estate management from a self-made real estate tycoon, as well as from his top experts: architects, engineers, legal, and financial advisors. At this point, he [Kenyeres] was no longer only my employer but my mentor as well.”

Moldovanyi mastered the world of diplomacy and learned how to fit in with the rich and famous. You can find him presenting awards at the Monaco Yacht Show VIP Gala and being interviewed by luxury magazines to get the intimate details of his job, billionaires’ lives, and his taste for the finer things in life.

Combining his extensive knowledge of catering to ultra-high-net-worth individuals with his luxury hotel management background made him a sought-after aide to these people. And once he was in this line of work, Moldovanyi knew he was here to stay. “The job descriptions got longer and longer and the experience in managing fleets of supercars, jets, boats, and household staff (in the double digits) became an advantage—and even requirement—when sourcing candidates. My diverse work background prepared me for all of these expectations.”

Shortly after immigrating to Canada, he was headhunted to assist some of the country’s wealthiest with setting up operations for their newly built mansions, private islands, and international getaway homes. Moldovanyi ended up landing a job on breathtaking Sonora Island, working for Forbes-listed billionaire Brandt Louie, directly overseeing the operations of his 120-person workforce.

In 2019, Raymond Executives approached Moldovanyi to work for another Forbes-listed billionaire who–by that time–had been searching for over six months to find the right candidate to manage his extensive North American portfolio.

Directing multiple properties, large international workforces, and fleets of gadgets is not the hardest part of the job, according to Moldovanyi. “It’s maintaining your personal life while being available to assist your Principals at all times and travel around the world whenever needed.”

Yet if you ask him if he has any regrets about starting down this path, he’ll tell you: “None. I would do it over again and again.” His only advice is that when an opportunity is knocking at your door, no matter how challenging it may seem, do not miss your chance to take it. “You may only have a few of those to grab throughout your career.” 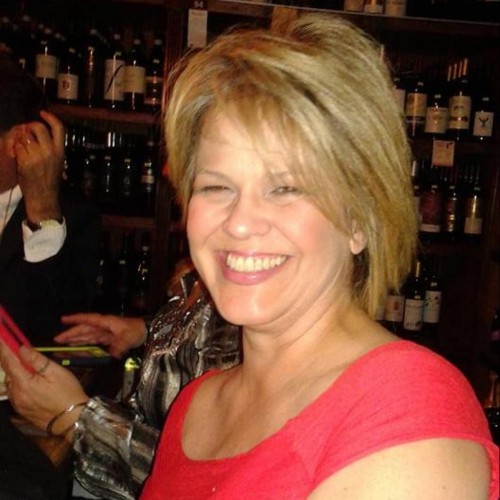