In west Wales, they use seaweed to flavor their rum.

“Barti Rum” was launched in  2018 by Jonathan Williams, seaweed fanatic and founder of “ The Pembrokeshire Beach Food Company ”. The spirit is blended with Caribbean rum infused with laver seaweed hand-picked from the Pembrokeshire coast.

Says Williams. “Often misrepresented as salty, laver seaweed carries a beautifully delicate, savory flavor profile, which does wonderful things to the spices and the rum itself.

“Laver seaweed was once one of the most popular food items in South Wales. Pembrokeshire once had a thriving cottage laver-collecting industry. It was sent to Swansea to be made into laverbread.

Barti is short for “Barti Ddu” (pronounced Barti thee). Barti Ddu is the Welsh name for a pirate, John Roberts known in English as Black Bart. 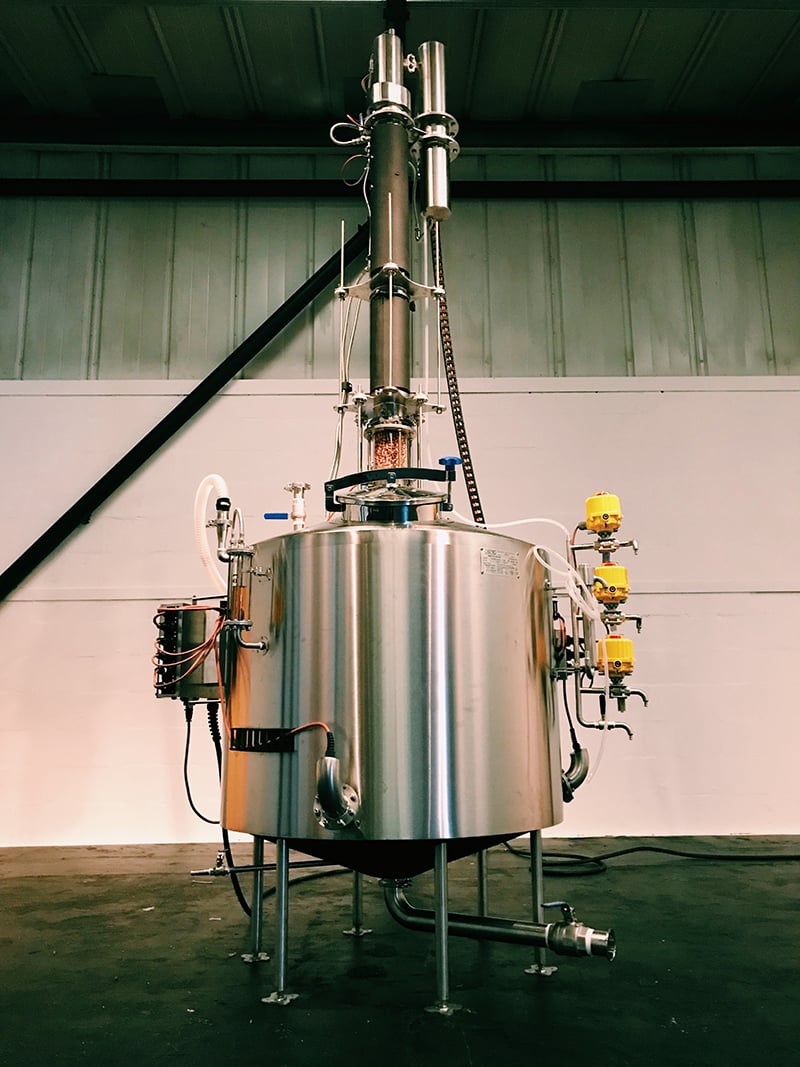 Williams collects seaweed from Freshwater Bay. “For every 500 bottles, we use  2kg of seaweed. We have a license to pick seaweed and recently invested in a PHD study to investigate the sustainability of laver seaweed harvesting with Swansea University. The seaweed is washed carefully.  dehydrated and toasted for hours.”.

Pembroke Distillery, also based at Pembroke Dock, produces “Wrecker’s Rum” and “Rocket Rum” made with Mexican and Colombian coffee beans. It is run by the Griffiths family –Scott, Duncan, Lucas, and Ian. The still is named after grandfather, Grenville.

Says Ian: “ The process is triple distilled.  Initially, we used 100% of our own product, but to get a more production we decided to blend ours with another rum from the Caribbean.  This gave us double the output and it seems to have stabilized the flavor. We currently hand label 1000 bottles per week.” 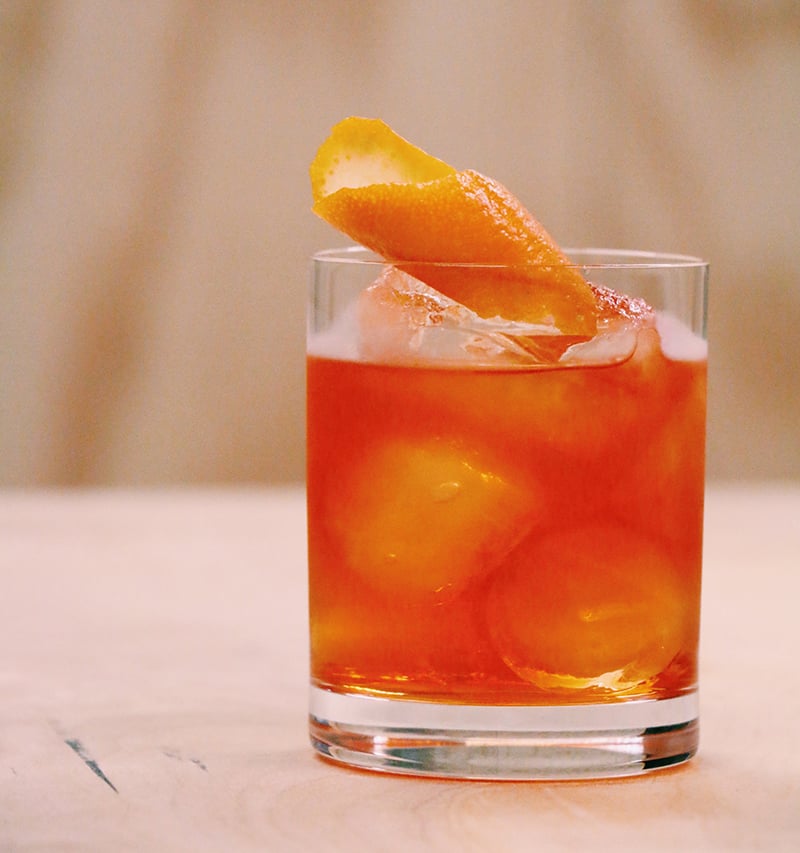 They are the first Welsh distillery to use molasses to make pure homemade rum from scratch.  All their rums are named after Welsh pirates and their ships – John James Merchant, Sir Henry Morgan Satisfaction and John Evans Scowerer.

Says Marcus: “Out award-winning rum is the only true Welsh rum. 100% Welsh aged in oak barrels. The water comes from a spring under the distillery. The molasses comes from Tate & Lyle!

“We first heat the molasses to help it flow. Then add to our mixing tank and the mix our well water that comes from 300 feet below the distillery. Next, we add a mixture of nutrients. Then the yeast which ferments over seven days, letting some esters from bacteria give the rum its banana, pineapple notes.  If we want a light rum we use one of the columns. A heavier rim s we only use the pot. This leaves heavy oils to come over into the spirit. The whole process takes about ten days but the dark rums sit in the barrels for at least three years.

“We make the effort to make our spirits from the raw ingredients to the finished product. Our rum is solidly Welsh. Through and through.”

Like the other Celtic nations, Wales has a long history of spirit distillation. It may even start in the 4th century AD when a man known as Renault Hir started distilling on Bardsey Island off the north Wales coast. 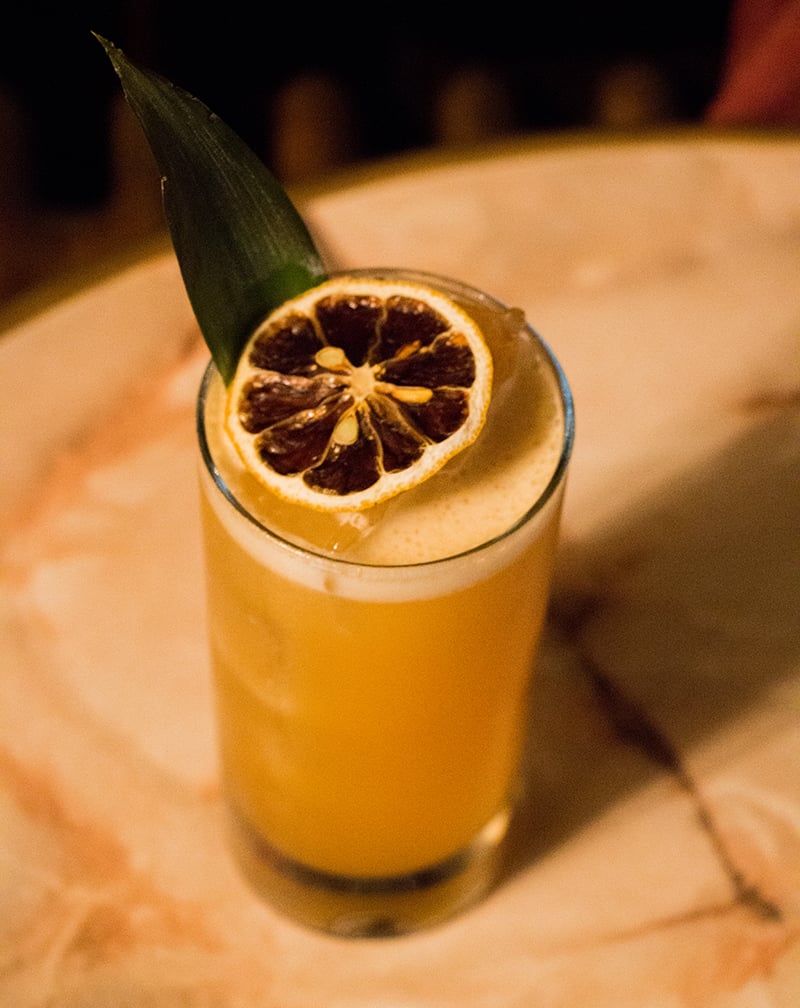 But the Scots claim rum as their own. Initially distilled by European Colonists and African slaves in the Caribbean in the early 17th century, it was popularized by returning sailors and sugar refineries. Rum punches – “Glasgow Sherbert” were popular drinks.  With the decline of the tobacco trade with Virginia following the American War of Independence in 1783 rum, sugar and cotton became the major imports.  Rum became the preferred tipple of the merchant classes.

Glasgow Distillery has just launched its “Banditti Rum”, named after a gang of nineteenth-century brigands. It’s made from Madeiran sugar cane.

Co-founder of the Glasgow Distillery Company, Mike Hayward says: “Glasgow has a strong historical connection with rum. We believe now is a perfect time to join the growing number of rums in the market, as consumers seek to further explore and discover new drinking experiences.

“Banditti Club offers a premium, all-natural product with no added sugars or colorings which we believe stands up strongly alongside the best-spiced rums currently available.”

Aberdeenshire’s “Dark Matter” was the first modern purpose-built rum distillery.  It is run by brothers, Jim and John Ewen.

Says founder Tony Reeman-Clark: “ Rum seemed the obvious next product and allows us to make our Scotch in rum casks and vice-versa!”

Kevin Pilley
Previous articleJoseph Berkowitz, Firing on all senses
Next articleTaste Washington, A Bounty of Food and Wine