Belstaff, The Ultimate Moto Chic Fashion Style For You

They are all clothes horses. And brand ambassadors for Belstaff moto chic.

To tie in with  Apple TV’s new “Long Way Up “ series in which McGregor and Charley Boorman travel  13,000 miles from Argentina to Los Angles on electric Harley-Davidsons, in a follow-up to their 2004 “Long Way Round” from London to New York and 2007 “Long Way Down”  from John O’Groats to Cape Town, the famous British motorcycle wear and moto fashion house, has released it  30-product “Long Way Up” autumn/winter collection featuring the Long Way Up Montana jacket (£725), trousers (£850), Long Way Upfield jacket ( £495) and Long  Way Up Blouson ( £450) as well as rain trousers (£120) and the McGregor jacket (£695). 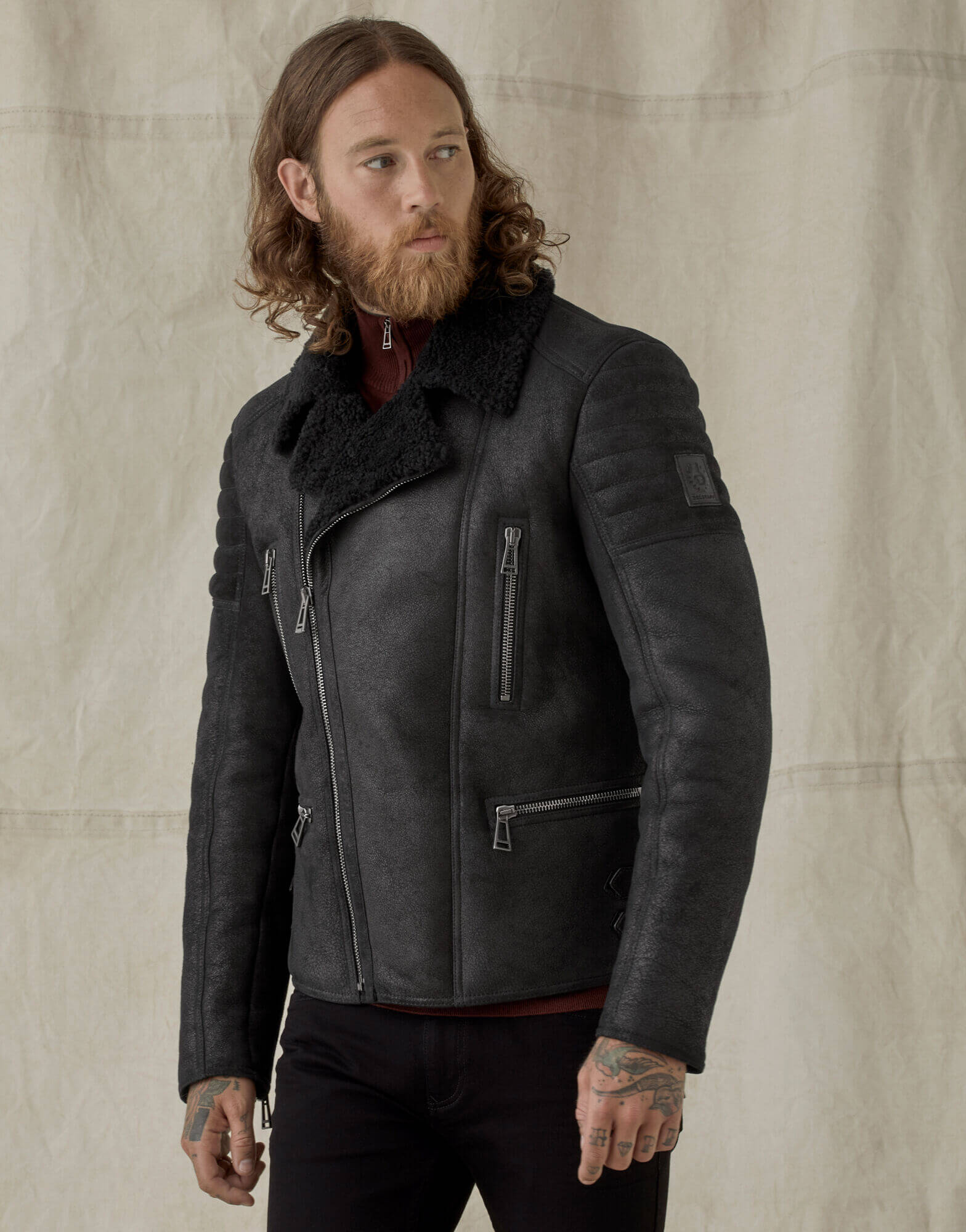 Belstaff, now owned by British chemicals company “Ineos,” has been clothing bikers and biking fashionistas since 1909 when Eli Belovitch opened his rubber goods shop in Middleton  Staffs.  In the same year, the British Motorcycle Racing Club (Bemsee) was founded at the Brooklands circuit in Surrey.  It is now based in Romford, Essex. The First World War increased demand for waterproof fabrics with Belovitch’s new Stoke on Trent factory supplying capes, tents, and groundsheets to the military. In 1924, Belovitch went into partnership with his son-in-law Harry Grosberg, to form Belstaff  (with an extra ‘l,’ lost in the 1930s), producing practical waterproof garments for men and women, with the emphasis on motorcycling. Belstaff became the first company in the world to use Egyptian waxed cotton to manufacture ‘breathable’ yet waterproof clothing. 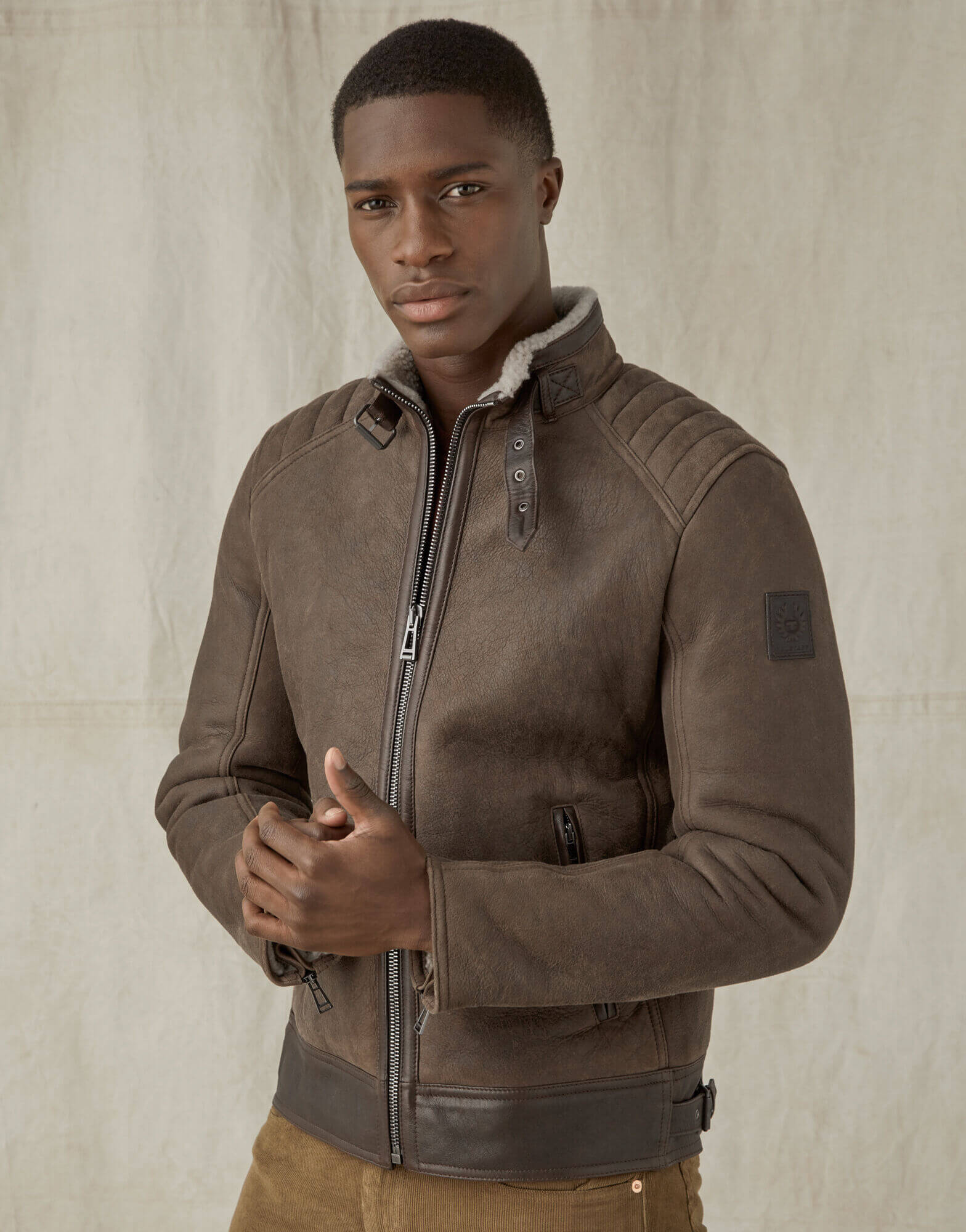 Ernesto ‘Che’ Guevara and the “Mighty One” – a 1939 single-cylinder Norton Model 18 500cc on an eight-month, 4,971-mile (8,000km) ride in the early 1950s through the jungles, deserts, mountains, and cities of South America with his friend Alberto Granado,  an epic journey chronicle in “The Motorcycle Diaries.” He worse a Trialmaster all the way. 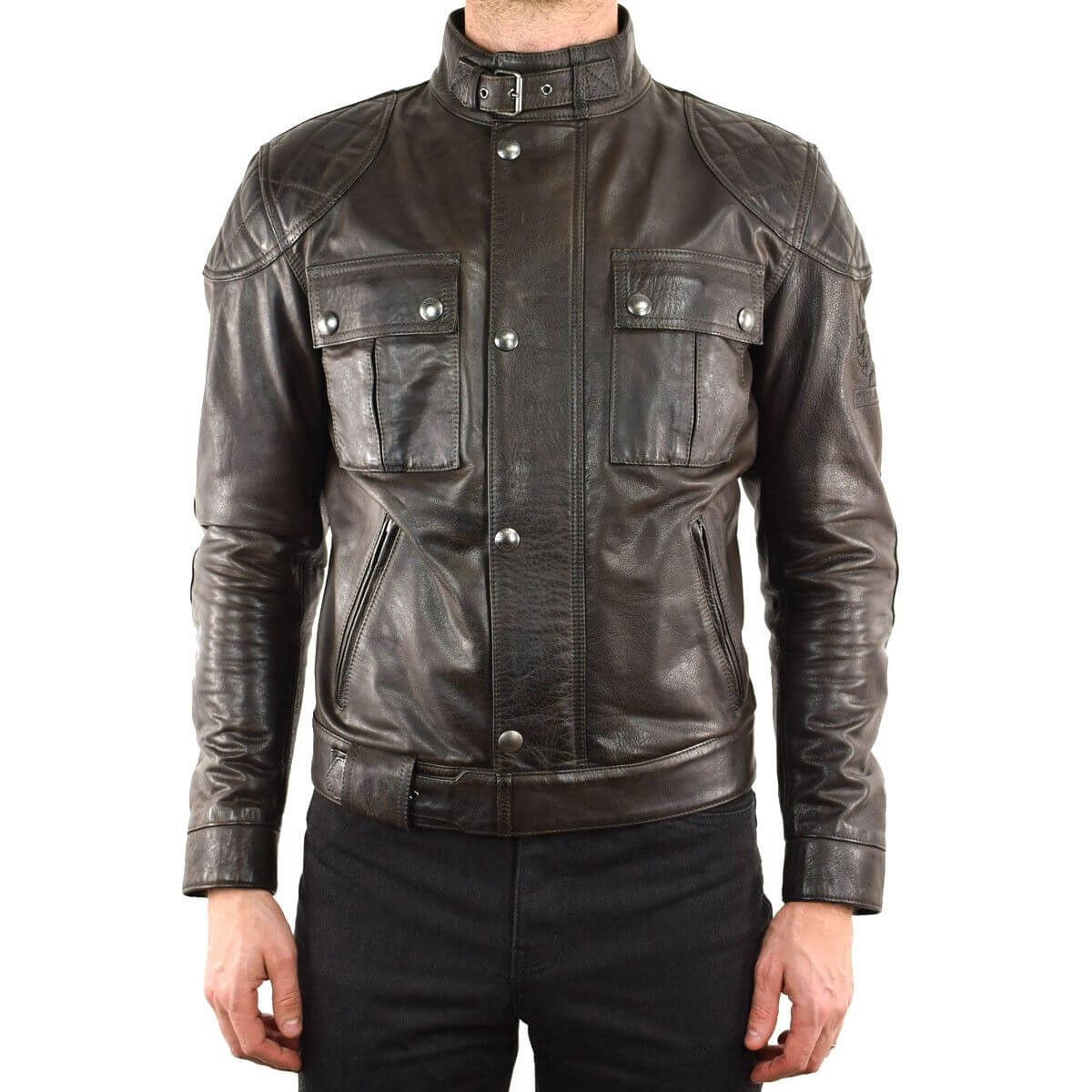 The synthetic “belflex” nylon  Belstaff XL500 – one of the first jackets other than black – came next, followed by the cropped, waxed-cotton biker-style “New Rebel jacket”  for “the young, style-conscious rider who insists on looking good while still staying dry.” In 1991, Belstaff production moved to Wellingborough, in Northamptonshire, its range extending to slim-cut neutral tees and broken-in motorcycle boots.

Belstaff has two London stores – in Old Spitalfields Market in the East End and New Bond Street. It also has opened a shop in Studio City, Macao, and Ginza Six, Tokyo.