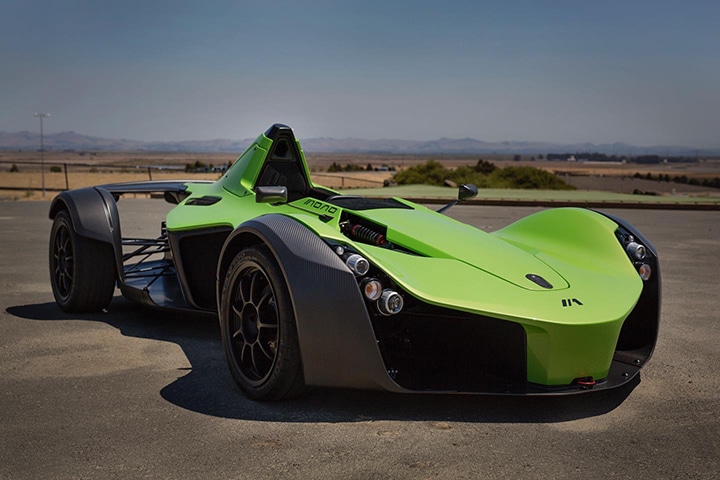 Designed to provide the most authentic driving experience, BAC’s bespoke and luxurious Mono is the only road-legal, single seater supercar in the world, and it’s taken the U.S. by storm since its launch in 2011. Now with the facility to directly sell and service cars, BAC aims to enhance its already sterling reputation and bring the Mono to a more diverse audience and improve the BAC experience for existing customers.

BAC USA is based in Sonoma, California, with Mark Rayner overseeing the business. Mark has been involved in the North American automotive industry prior to BAC. He is taking his broad experience and is currently building a robust Stateside operation.

Mark Rayner, BAC’s Chief Operations Officer and BAC USA President, said: “This is an incredibly exciting time for BAC with the launch of BAC USA. It’s the optimum time in the evolution of the North American market for BAC to enter the region as the OEM, and I’m very proud to be leading the operation. By offering factory presence in the U.S., buyers can benefit from added peace of mind and we can attract new customers to experience the Mono.”

Company co-founder and Director of Product Development Neill Briggs added: “Our venture in the United States of America is born out of extensive industry research. It’s the biggest and most informed supercar territory in the world, which is why it’s at the very top of our global sales strategy. BAC USA is another string to BAC’s bow and we’re looking forward to sharing the Mono dream across the Atlantic even more.”

Bespoke supercar manufacturer BAC (Briggs Automotive Company) is based in Liverpool and was co-founded by brothers Ian and Neill Briggs. It produces the fast and highly acclaimed Mono supercar, a single-seater formula-style car that provides a visceral and exhilarating driving experience. Since its launch in 2011 it has been going from strength to strength and is now sold in several markets around the world. It launched with great success and fanfare in Hong Kong at the end of 2015, with eight cars sold in a single night. BAC dealers can also be found in North America, Japan and London.

The 2016 model year version of the Mono comes with a four-cylinder 305bhp 2.5-litre Mountune engine, which takes the 580kg car from 0-60mph in just 2.8sec. BAC recently launched a carbon hybrid wheel and announced the use of super material graphene, which is up to 20 per cent lighter than carbon fibre and as much as 200 times stronger than steel. Despite its global appeal, BAC Mono remains proudly British, with parts sourced from its home country wherever possible. www.bac-mono.com