This Christmas and New Year is the time to enjoy something fizzy with a dizzy blonde.

Marilyn Monroe is being bottled in a former milking parlor in the middle of a forest in the heart of rural England. And a farm in the East Midlands county of Leicestershire has become an unlikely brand affiliate of the likes of Pravda and Nanpantan.

The Hollywood icon is distilled into pink gin with cherry blossom, rose, and pink grapefruit by “Burleighs Gins” at their Bawdon Lodge Farm distillery Nanpantan.

Says Commercial Director Sam Watson: “Our vision is to develop Burleighs into a global brand, and the Marilyn Monroe partnership has allowed us to enter a variety of new markets globally as well as securing sought after listings in the UK with retailers including Ocado & Next. ABG saw value in working with an independent growing business that could quickly take an exclusive and exciting product to a rapidly growing growth market.

“I suppose it was slightly tongue in cheek when we suggested a Marilyn Monroe Gin. We were pleasantly surprised to hear that they loved the idea and wanted to move forward, so we got cracking with design concepts, which were all developed in-house. We recognized that to have a global icon like Marilyn associated with Burleighs would be a huge opportunity. Pink gin is a rapid growth market here in the UK, and we felt this tied up perfectly with the Marilyn image. She was said to be a Martini lover, possibly this was vodka Martini, but we’ve always believed that to make the best martini, you should be using gin!

The gin was created by Head Distiller, Charlie Hendon… Her recipe is a variation of a pink gin inspired by a visit to Tokyo during Hanami. Charlie was so inspired by the Cherry Blossom trees that she experimented with using it as a botanical in gin. When developing the Marilyn gin, she discovered that Marilyn had a connection to Tokyo herself and spent time there on her honeymoon as well as visiting hospitalized US troops.” 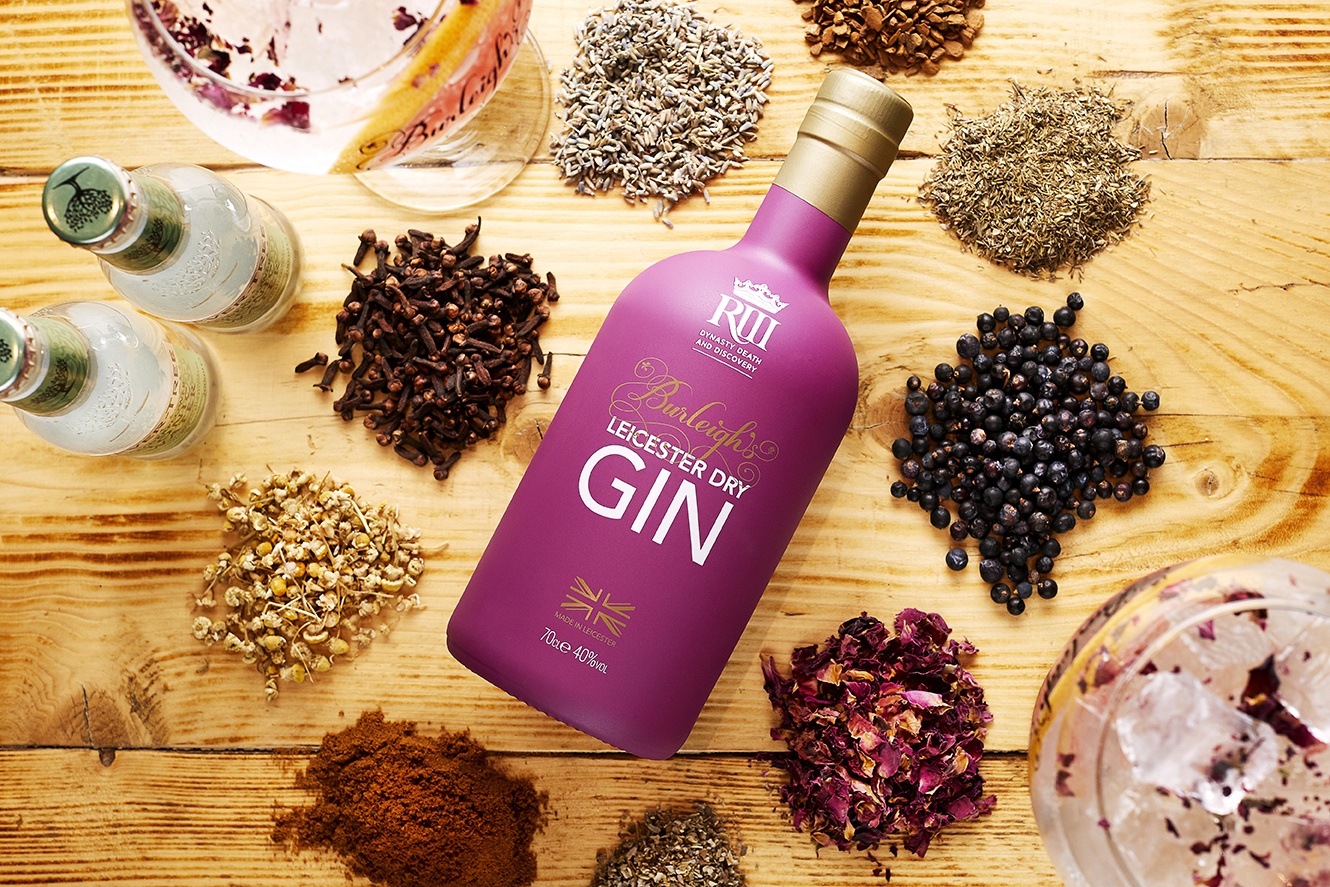 “Burleighs Gins” also produced “King Richard 111 Gin” to commemorate the discovery of the remains of the English king under a car park, which was formally identified in 2013.