When you ask Charlie Siem who he is in his own words, he has an immediate and one-word answer, Violinist. He doesn’t say he is the son of a billionaire businessman or refer to himself as a brother to three sisters who are equally talented musically or as a model for iconic brands. He doesn’t refer to himself as a son, brother, lover, or friend. He refers to himself as a violinist. That is where his passion has stemmed from since he first discovered his love of music at the very early age of three. Since then, Charlie has managed to forge a career out of playing the violin, a career that has gone rapidly to dizzying heights playing in some of the finest legendary concert halls from the Carnegie Hall in New York City to the Albert Hall in London. Journalist (or our Editor at Large) Raj Gill caught up with him on his train journey home to Florence.

Charlie, you were packing a bag almost every week to perform at a concert, and now, thanks to the pandemic, you are down to minimal travel. How are you coping?

It hasn’t had a detrimental effect on my mental well-being. In fact, I have embraced the downtime and enjoyed being less hectic and more grounded. Despite it being a challenging year so far, being at home for a change has been delightful. 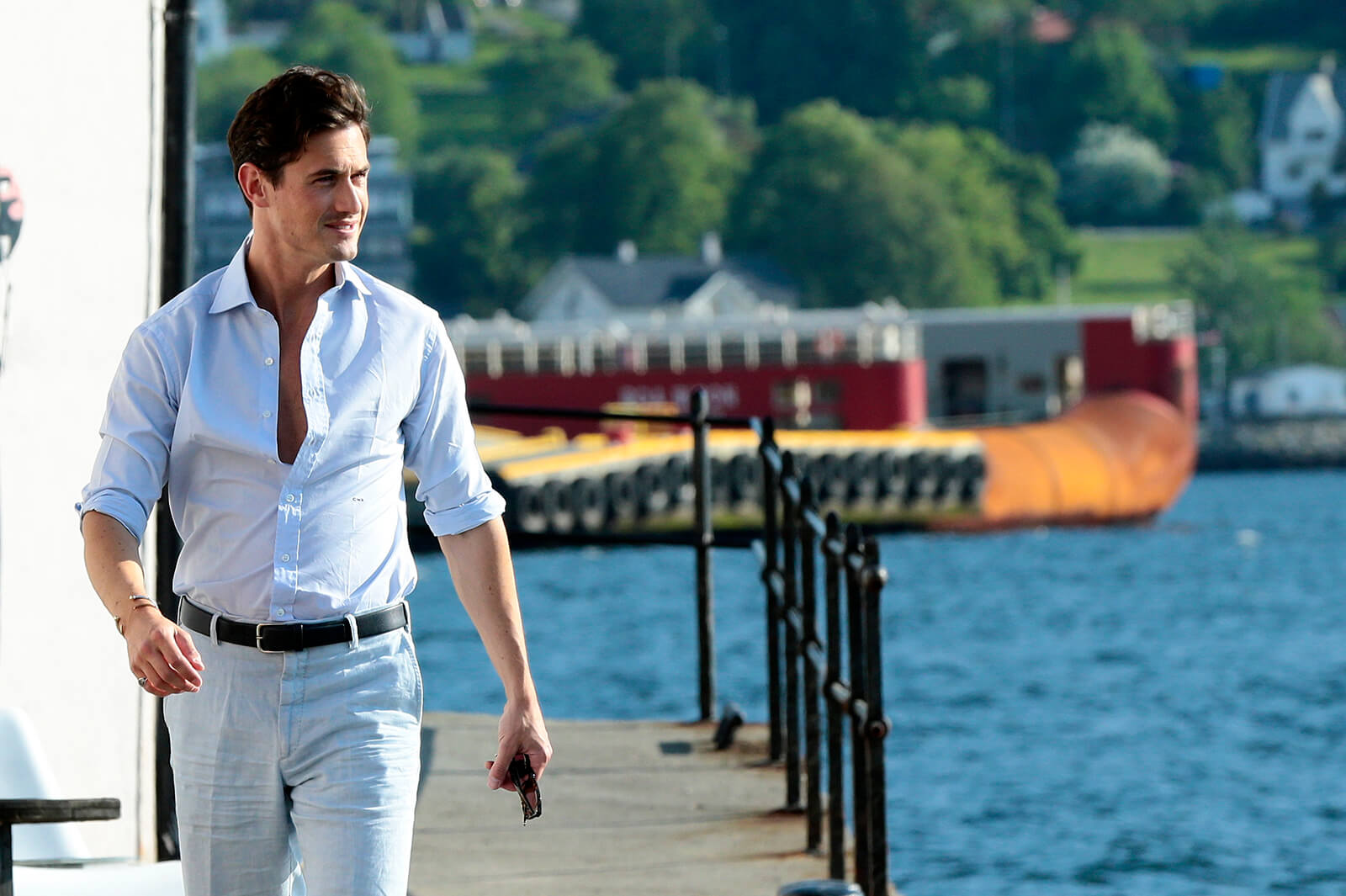 How are you dealing with the pandemic?

It has had a dramatic impact on my life.

I love the routine I am in, as it is uninterrupted by travel. And also, I finally have the time to pursue projects that I have had on my mind. It has also taught me to be much more grateful and appreciative of the role that I have. I think before the pandemic, I took a lot of it for granted, and it was losing some of the freshness. Now I crave being on stage.

Who or what has helped you cope with the pandemic?

My family. Although I am quite self-sufficient, I get on with it. 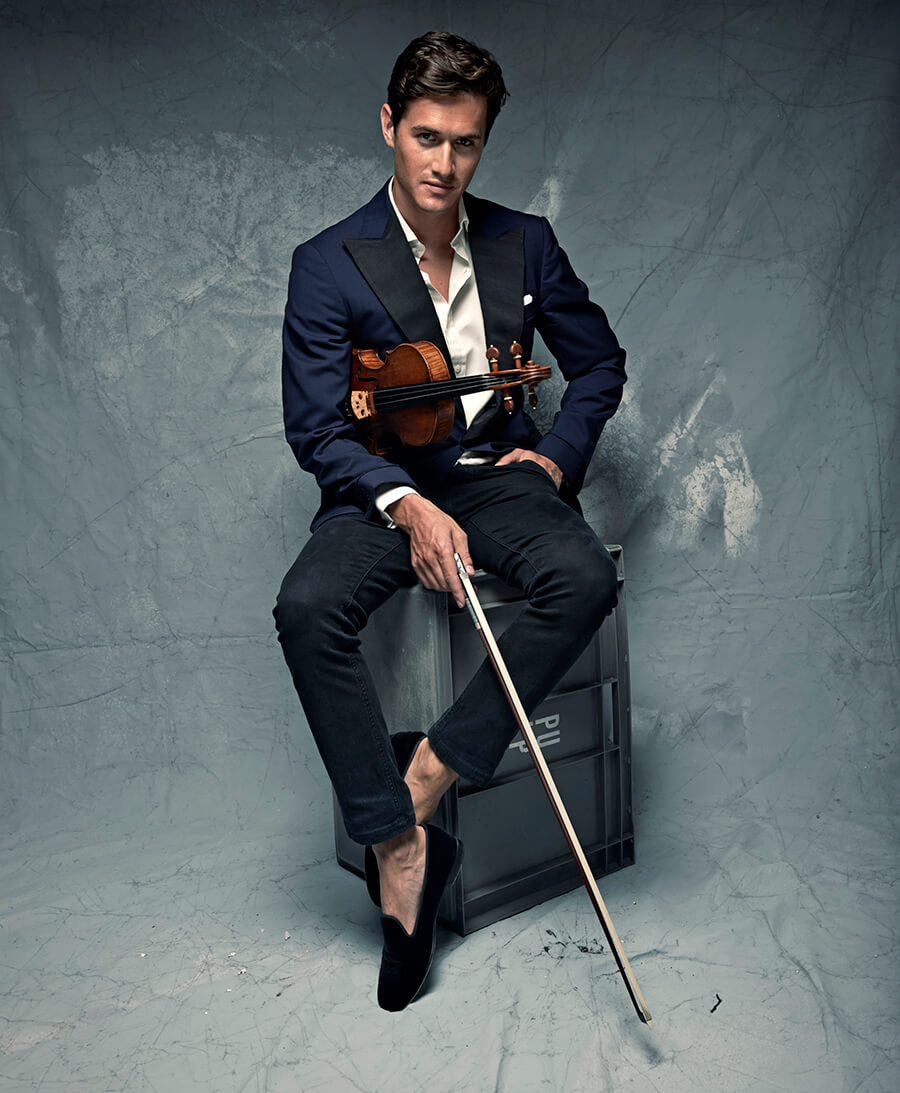 You have three siblings; are you close? What do they think about your talent/talents?

I have one older sister and two younger sisters, and we are very close; we appreciate each other. We were all together during the lockdown, we spent over three months at my parent’s place in the South of France, and it was a tremendous quality family bonding time. My sisters tease me mercilessly about my looks and my obsession with clothes; I tend to be the butt of their jokes, only in good jest. They are all very talented, and we are lucky to have each other.

How do your parents feel about your career choice? Does your father wish you had followed in his footsteps, or is he pleased that you have forged your own path?

My parents have only ever been supportive and encouraged me to forge my own path. My father didn’t ever push me to follow in his footsteps to become a businessman. He is happy that I formed my own identity and found something that I am passionate about. 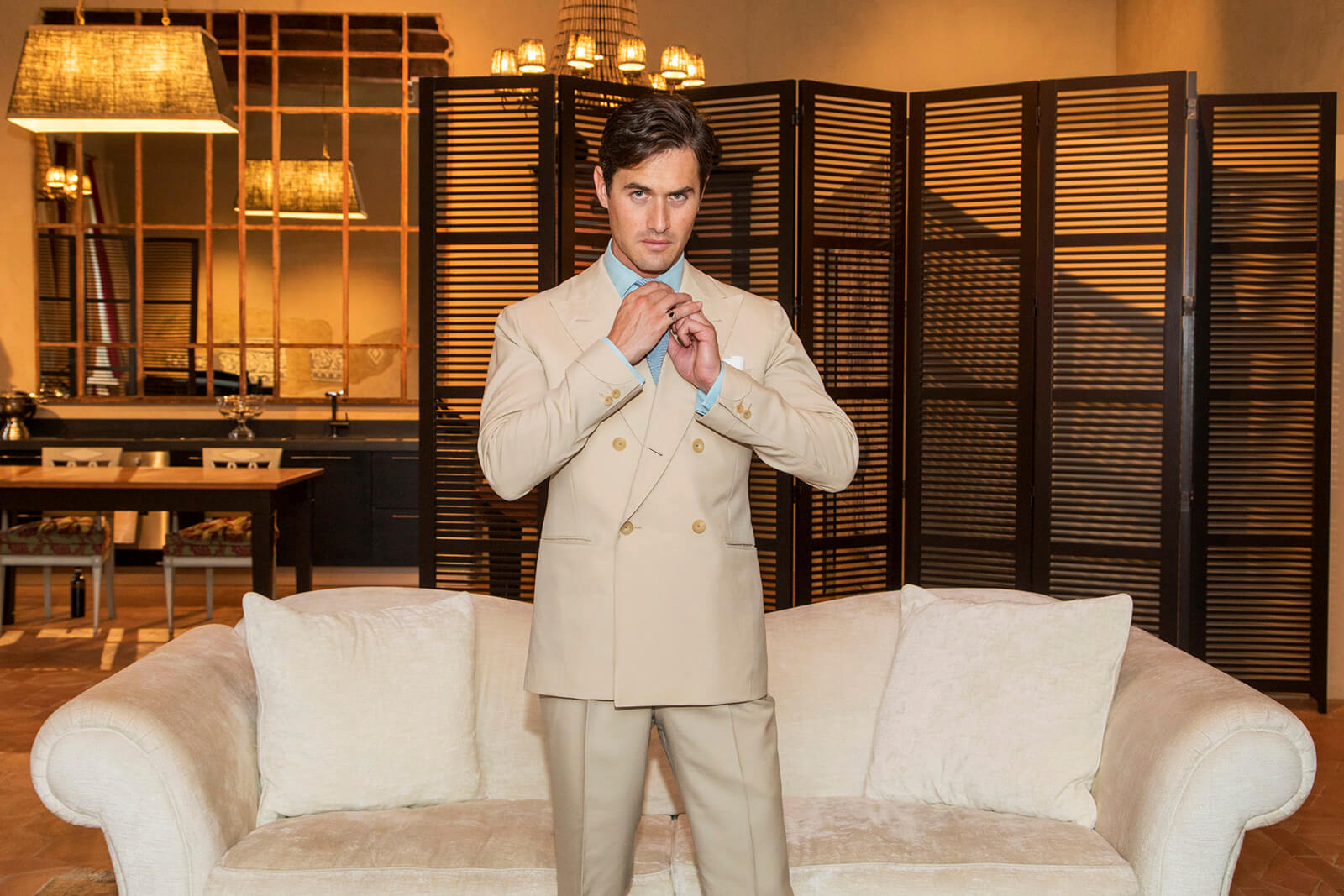 Why Music? If not music, then what?

Music chose me. It wasn’t the other way around. I cannot imagine doing anything else. There is no alternative.

How much influence have your parents/upbringing had on your career choice?

I was drawn to the sound of the violin, and they encouraged me, they did their best to make it happen for me, but they never pushed me in one direction or the other. I was pretty much left to pursue my dreams, and I have always pushed myself.

You made your debut at a young age. What was that experience like for you?

Incredible. The first major concert I performed in was when I was fifteen in Rio, and that gave me the confidence to know that I could continue to do this as a career.

Which performances are highlights for you?

Performing at the Albert Hall was a particular highlight as it is just down the road from our house. I used to pass it every day and always aspired to perform on the stage there. Of course, performing at the Carnegie Hall in New York City is always an absolute dream. There are so many! Performing at the Bolshoi Theatre in Moscow was also incredibly special.

Apart from your musical talents, you have modeled for some iconic brands; what was that like?

It is very, very, glamorous and fun; you get to meet all sorts of different people from different walks of life. I met characters larger than life, from another world, not quite in touch with normality.

I was asked by the late great Karl Lagerfeld to be involved with his book The Little Black Jacket, and we became excellent friends. He presented me with plenty of opportunities, performing at Chanel launch parties, etc. He is sorely missed, he had a wicked sense of humor, and despite his image, he was very personable. He had a way with people that was unique; he was always interested in everyone he met. He was a master at disarming people and was able to talk at a level with anyone. He had an intimidating image; however, he was very warm and engaging. 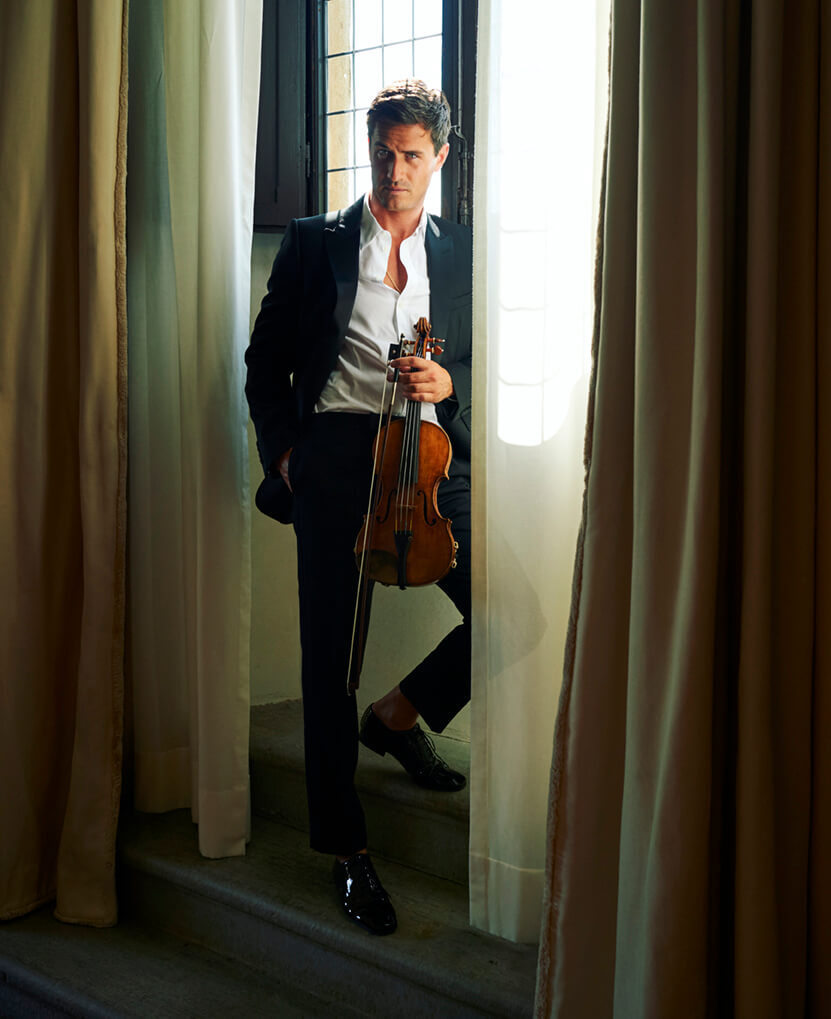 It seems as though you have had an incredible life so far, living your best life; what is the challenge you still wish to take head-on?

There are still many people I want to share a stage with and music pieces I want to record.

Have you ever used your music to woo someone?

No, but thanks for giving me the idea. I may have to try that.

No, honestly, I haven’t.

What has been your biggest challenge?

Going on stage each and every time is a challenge, confronting myself, my own fears, you are holding up a mirror to yourself, and it is up to you to excel, to do your very best.

What’s next for you?

My album, Between the Clouds, is launching on November 20th. And in December, I will be back in the studio working on my next album, which I hope to launch in 2021.

What is the one question you wish a Journalist would ask?

Still waiting for him to get back to me on this one……. 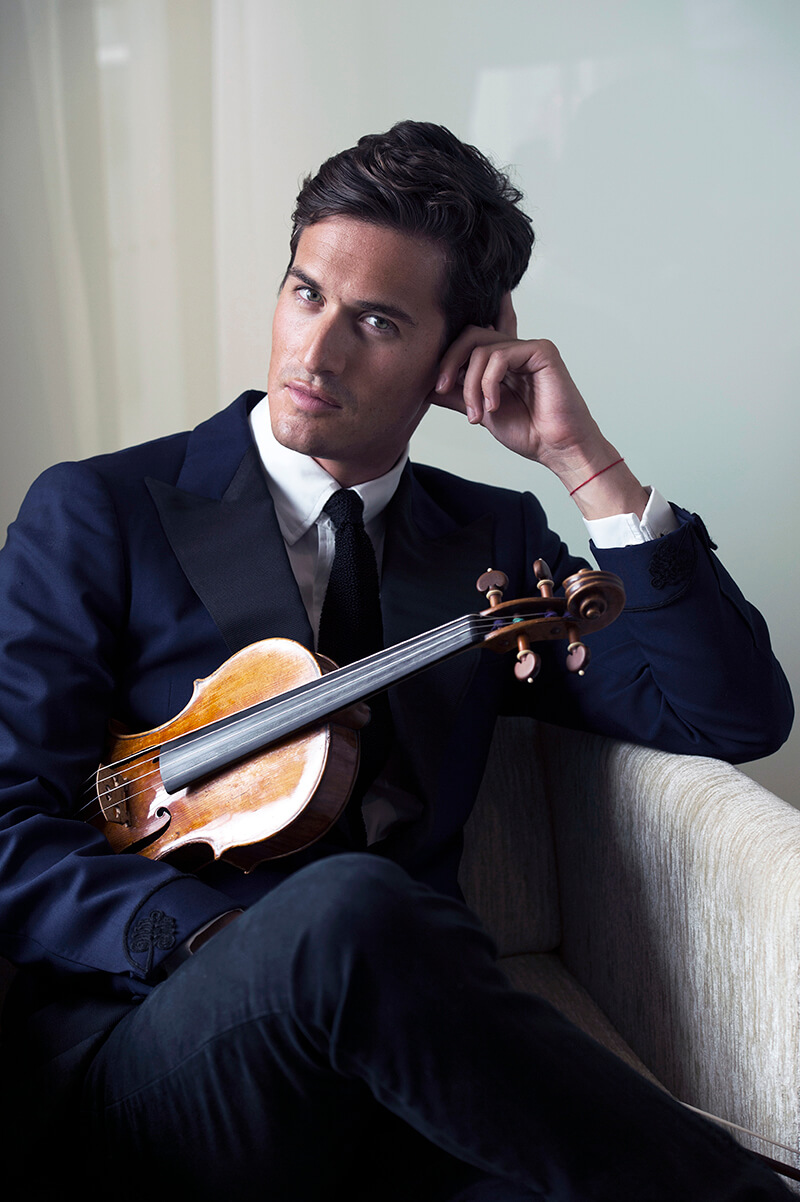 What is your weakness?
I have so many; I am very self-critical.

What is your strength?
I am quite disciplined.

Who was the last person you texted?
My grandmother.

Who was the last person you had an actual vocal telephone call with?
My mother. Actually, I make verbal phone calls many times a day; I guess that’s rather unusual; however, I prefer to hear the sound of someone’s voice rather than texting.

Who is the one person you dread having a vocal telephone call with?
There is someone, but I can’t say, as I wouldn’t want to hurt their feelings.

Who is your best friend?
My old school friend James and is still my best friend to this day.

What is the one thing you can’t live without?
My violin

What is your ultimate passion?
Music

What is your most used Emoji/s?
Smiley face

What is the first thing you do when you wake up?
Go to the loo

What is the last thing you do at night?
Go to the loo 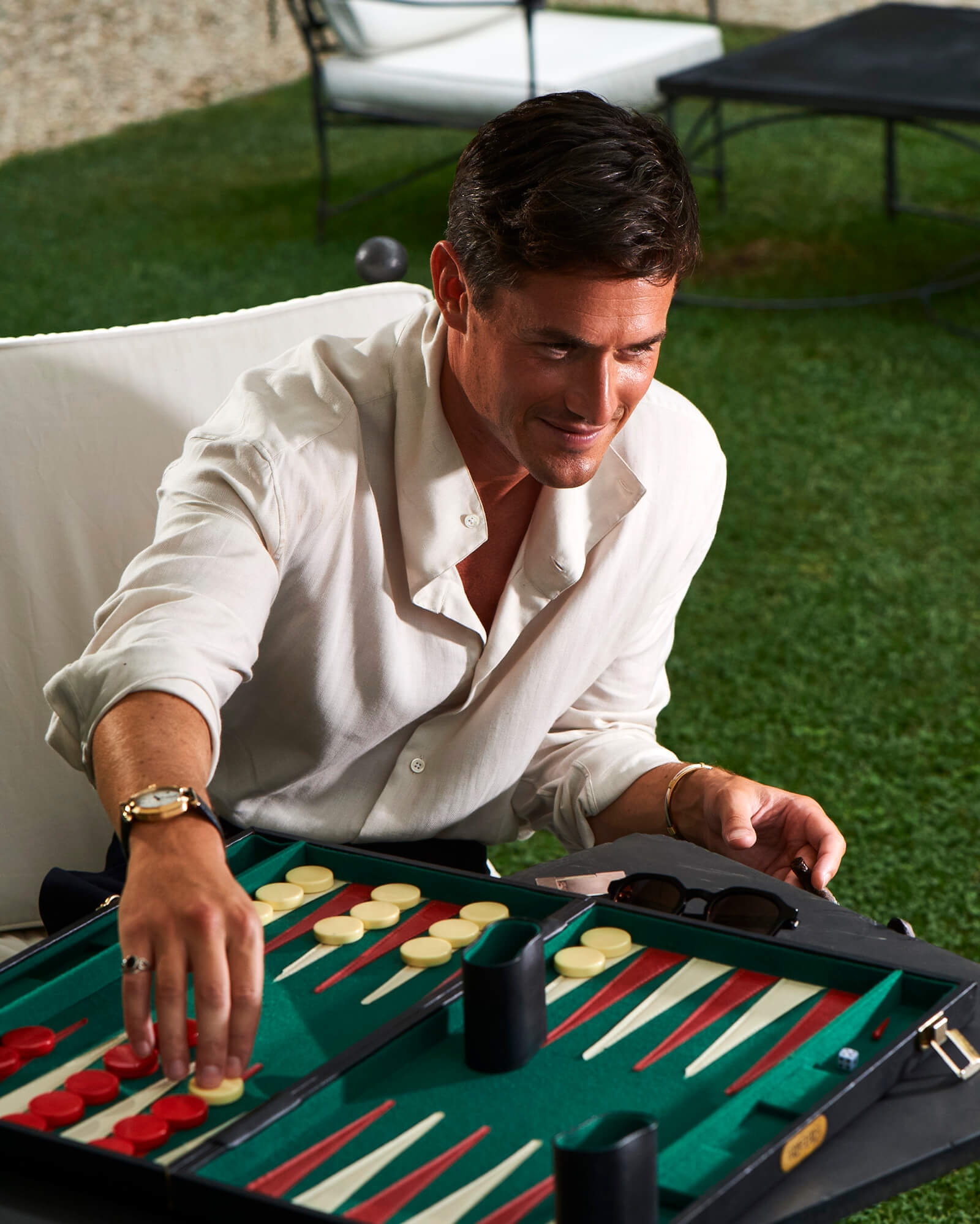 What is on your nightstand?
The remote control for the television.

Where do you feel most at home?
By the sea

Who makes you feel most at home?
My family

And the million-dollar question, do you have a significant other?
(at this question, Charlie gives a hearty laugh and eventually reveals the answer) Yes.

When are you most comfortable?
When I am alone.

Where in the world are you most at ease?
By the sea 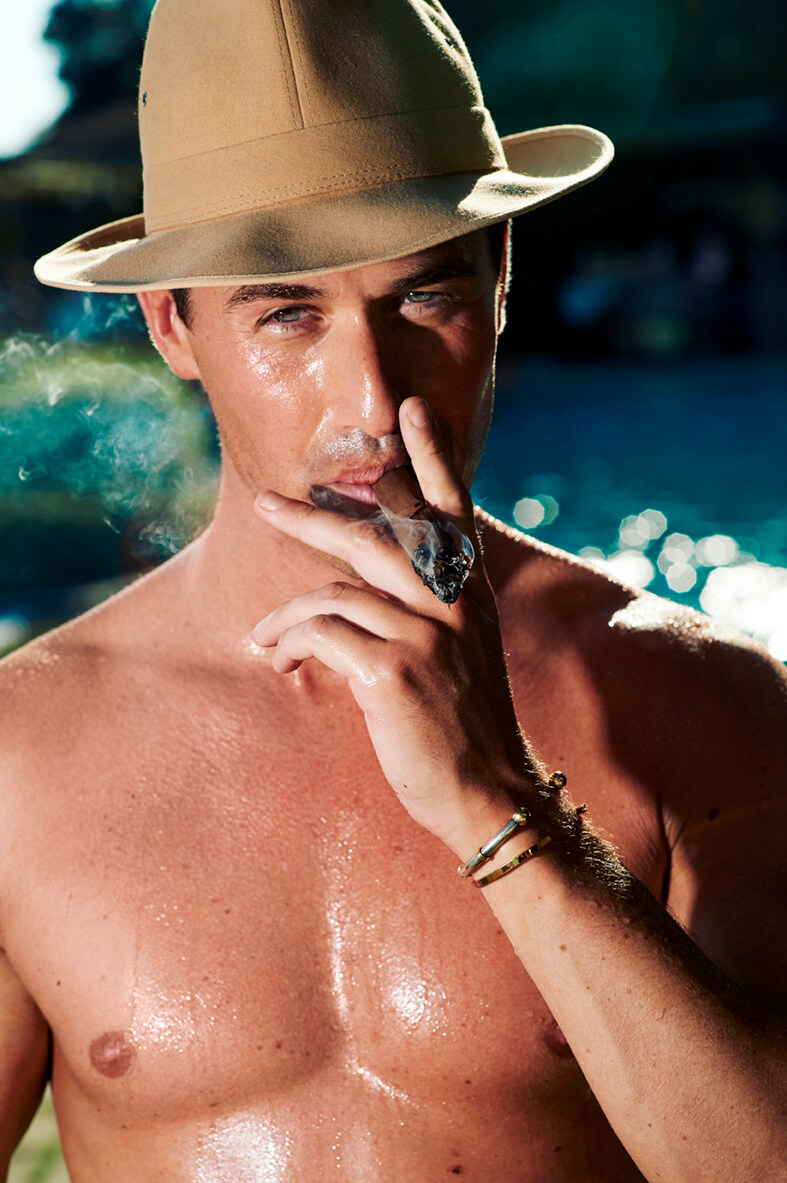 If you were stuck on a desert island, name your top five must-haves.
I would need a great book, maybe Short stories by Somerset Maugham, my violin, a bar so I can make gin cocktails, a good outfit, and a dog. 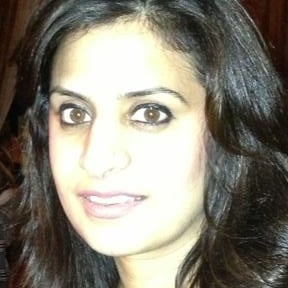 Raj Gill
Raj Gill is a Journalist. She worked at The Sunday Times, London for three years. She is currently a Freelance Journalist, and has had work published in Suitcase, Elite Traveler Magazine, Haute Living, The Telegraph, The Daily Mail, The Sunday Herald, The Herald’s Saturday Magazine, Scotland on Sunday, The Daily Record, The Sunday Mail Magazine, The Evening Times, High 50, The Scots Magazine, Pro Hair & Beauty Magazine, Thomson, The Jewish Telegraph, Yours Magazine, Scotland Now, The Good Spa Guide, Inspire Magazine and many others. Online Ms. Gill’s work has been published in Family Fun Guide, Travel Mood, IFashion Magazine, Where and Now magazine, Huffington Post UK and the Luxury Travelers Guide.com.
Previous articleThe Best CBD Recipes for Every First Time CBD User
Next article5 Useful Gifts You Can Give A Mother