The Executive Chef at San Diego’s Westgate Hotel begins his workday at 6:00 am. Fabrice Hardel’s early rising has nothing to do with his responsibilities attending to the restaurant, catering, and room service needs at his place of employment. Hardel gets up before the rooster crows to run 15 miles on San Diego’s Mission Trail.

Hardel’s penchant for the physical activity goes back to his teenage years in Bayeux, France. At age 15, Hardel was heartbroken when he missed the cut on France’s national soccer skills competition by ½ point. The now 41-year-old Hardel’s competitive juices never waned, even after changing his career ambitions from soccer star to chef in Normandy, France.

After gaining his cooking legs in a European environment where many chefs achieve God-like status, Hardel relocated to the U.S. in 1997. Starting anew in America, Hardel remembers being known as “the French dude” while working at the Ritz Carlton in St. Louis. In 2001, he made the west coast leap to his current position as Executive Chef at the toney Westgate Hotel. 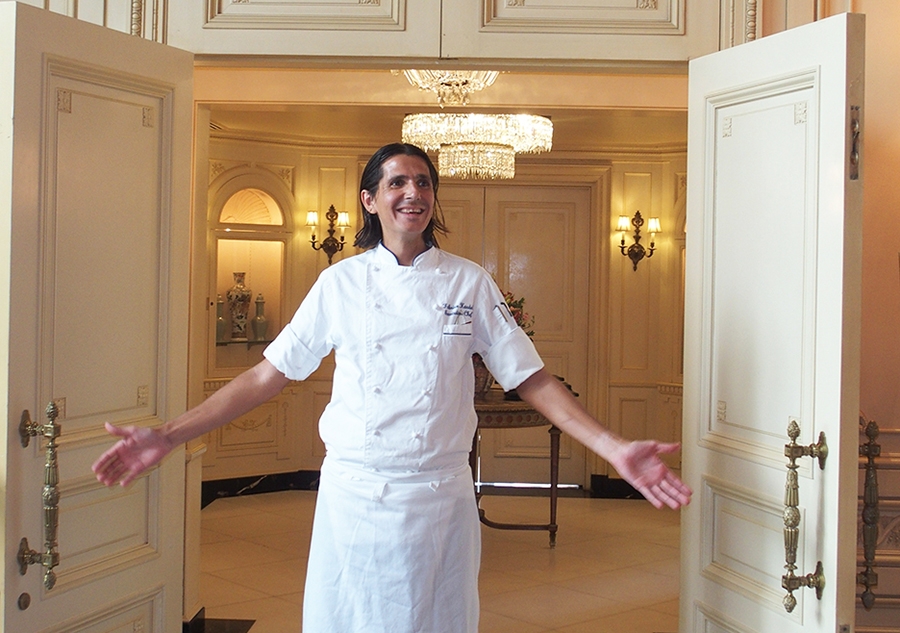 Hardel dons his Adidas Adizero running shoes every morning to take on the mountains of San Diego’s countryside. Hardel’s competitive run of choice is not for the faint of heart. Hardel races thrive, and often wins ultra-marathons, with some being as long as 100 miles.

What Hardel likes best about running extreme distances is that he and his running peers have a common goal. “In ultra-marathons, you’re not competing against fellow runners. When you push yourself these kinds of distances, you’re trying to beat the race. It’s all about finishing, regardless of the time,” Hardel said.

The kinship and momentum Hardel feels running San Diego’s mountainside paths continue as he arrives to cook at the Westgate Hotel. Most mornings, Hardel appears at the Westgate with his hair still damp from a quick shower after his run. Hardel knows he has a full plate overseeing the hotel’s Westgate Room restaurant, almost daily banquet, and catering functions, as well as room service for 223 deluxe guest rooms.

To keep the Westgate culinary endeavors performing smoothly, Hardel needs a team that is attentive, creative, and capable of running the marathon facing a food and beverage operation open 24 hours a day and 365 days per year. Hardel has an interesting take on what he looks for when adding to his Westgate culinary staff.

“I’m seeking an individual who is nice, has good character and will get along. I’ll hire someone with less experience if I like them as a person,” Hardel said.

Hardel’s 26-member Westgate team includes individuals from eight different countries. Bosnia, the Philippines, Mexico, Turkey, Germany, Italy, Great Britain, the U.S., and of course, France, make up the recipe of personalities that keep the high-end Westgate guests fed around-the-clock. With this many cultures working side-by-side, getting along is a key ingredient to a good hire. 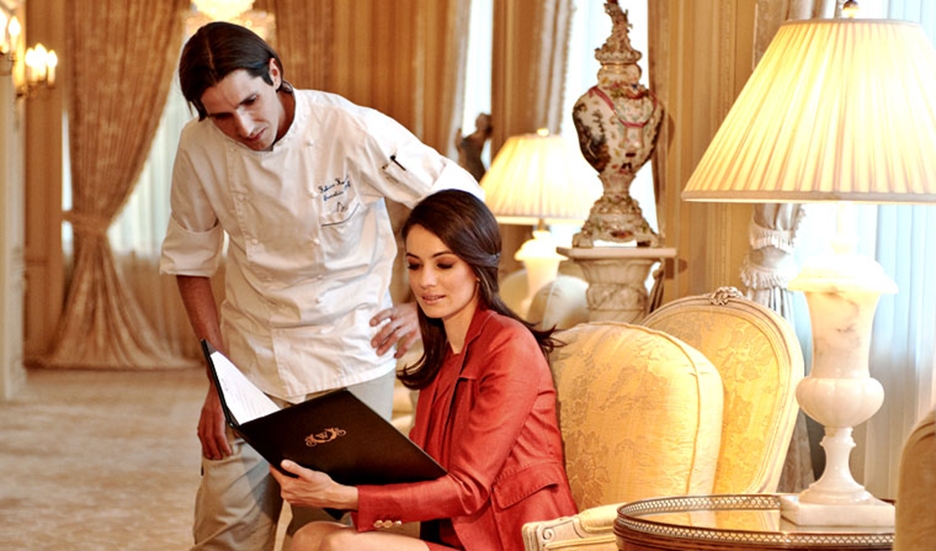 Ironically, sampling other San Diego restaurants in the evening are rarely part of Hardel and his Ecuadorian wife’s lifestyle. “If I get home from work at 7:00 in the evening and then go out with my wife, I probably wouldn’t get to sleep much before midnight. Getting home so late, there would be no way for me to run in the morning,” Hardel said. Why is running such an important part of Hardel’s life? “I love being a chef, but there’s a lot of stress in this job. Running calms me down.”

Whereas the Westgate Room menu changes according to the season, the terrain Hardel treks is matched by the day of the week. If it’s a Friday, the 6 ft., 152-lb. Hardel runs San Diego’s 6,000-acre Mission Trail. By the time Hardel has completed his 15-mile run, he’s cleared his mind, cleansed his soul, and he’s ready to feed the Westgate’s Friday wave of hungry guests. For Hardel, running is the cardiovascular equivalent to yoga.

The Westgate Hotel’s international clientele means Hardel’s menu needs to satisfy many palates. You will find asparagus salad with main lobster, lamb, Dover sole, scallops, beef tenderloin, and homemade pasta. Guests can also choose the classic hamburger. Even with this varied menu, the Westgate Room has gained a reputation for seafood excellence. “I grew up in a village in northeastern France where all my friends were fishermen. Seafood is in my blood,” Hardel reflected.

Like a runner who is striving to better a personal best, Hardel is subconsciously always on the clock. After accommodating a guest who requested a photo of the Executive Chef, the ever-moving Hardel’s answer to a second camera opportunity sums up what drives him, whether it’s cooking or sprinting along San Diego’s highest elevations. Hardel politely explained to the guest that he must attend to the needs of banquet guests on the Westgate’s second floor. Before the elevator door closed, Hardel smiled and said, “Sorry I’ve got to run.” For the aspiring soccer player turned international Chef and ultra-marathoner, the goal is not to relax until he’s finished the race.

Priscilla Pilon
Priscilla Pilon travels the world but is an admitted Paris addict. She began her career as a food/travel writer and photographer through her own personal trips and her time spent living and working abroad. A true travel chameleon, she can find herself skiing in the French Alps one day and snorkeling in the British Virgin Islands the next. A wife and mother of two grown boys, Priscilla sees travel as art – a blank canvas where unique hotels and experiences paint priceless pictures. Born and raised on the South Shore of Boston, she now splits her time between Newport, Rhode Island, Key Largo, Florida, and Boston’s North End. She is an avid photographer, sailor (Oyster 54), tennis player, skier, foodie, and amateur sommelier.
Previous articleONE BAL HARBOUR
Next articleScarlett Johansson for Dolce & Gabbana’s New Perfect Mono Intense Cream Eye Shadow Collection