Cortina, Italy: Fashion, Food and Fun in the Dolomites

Cradled between the Veneto and the Trentino Alto Adige regions of Italy, the UNESCO World Heritage City of Cortina is the Queen of the Dolomites. Glamour is part of everyday life in this Ampezzan Valley city and fashion rules apply both on and off the slopes. As part of The Best of the Alps group of top resorts, Cortina guarantees visitors the luxury of high altitude proportions.

Each year at the beginning of December, during the weekend of Saint Ambrose, Cortina hosts one of the coolest fashion festivals in the world. Promoting the vast network of chic boutiques is one goal, but supporting charitable causes is at the heart of the weekend. Last year the Susan G. Koman Italia Foundation was the recipient of the proceeds from the auction held at the delightful four-star Hotel Villa Blu.

Prominent fashion bloggers from all over Italy acted as models for the Italian alpine designers and a social media contest was part of the action. The night before the benefit, the models braved the cold rain to walk through the city to help promote the event. Each held a number that festival-goers could use to identify their fan-favorite via social media.

Despite last year’s rain, the village was packed with people in a Dolce Vita mood. Specialty boutiques like Regina by Angela Maffei, Le Noir, Franz Kraler and Brunello Cucinelli host the very best collections of unique furs, jewelry, handbags, evening wear, accessories, and ski clothes. During the festival, these fashion powerhouses open their doors to chic shoppers who can blame the copious amounts of caviar and champagne served for any overindulgence. 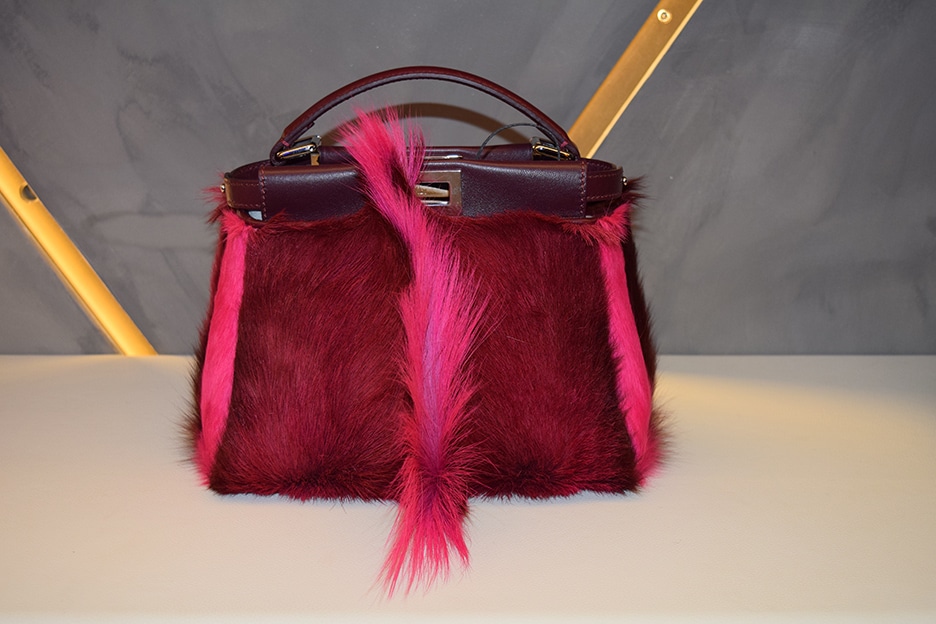 While many in town think shopping is the preferred sport year-round, most will agree that skiing is the champion of the area. The Ampezzan Valley was host to the 1956 Winter Olympics has been a favorite of royalty and avid skiers ever since.

Hitting the slopes can be as easy as you like, slow winding trails or as adventurous as you want by going “off-piste” into fresh powder down razor thin edges. Either way, you better look chic while shushing down the mountain. The advantage of booking a ski holiday during Fashion Week is that you can get a complete ski clothes “makeover” in town, or my case last year, at the snow lounge sponsored by Armani.

Marianne Moretti of the Cortina Tourism office and I decided to swap out our gear to sport the new Armani ski collection for the day. It was a great idea for them to let folks try it out and gain feedback at the same time. Hospitality was at its peak (pun intended) with afternoon cookies and cocktails while we rested a bit between runs.

Another neat spot for respite and a meal to remember was the Rifugio Capanna Tondi. This refuge restaurant boasts breathtaking panoramic views of the Dolomites at an elevation of 7677 feet high. Traditional Italian soups and killer Aperol Spritz cocktails are served with a dose of sunshine and snow – now that’s pure luxury.

Down below, in the center of town, the world’s best homemade Bruschetta can be found at Ristoranti Ariston. Deep, red, ripe Roma tomatoes adorn the crusty bread along with fresh mozzarella and drizzled with basil, olive oil, and seasonings.

I dined, I wined, I skied, and I shopped, all in one fantastic upscale weekend in the heart of the most beautiful spot in the Dolomites. Cortina personifies the art of Dolce Vita.

Priscilla Pilon
Priscilla Pilon travels the world but is an admitted Paris addict. She began her career as a food/travel writer and photographer through her own personal trips and her time spent living and working abroad. A true travel chameleon, she can find herself skiing in the French Alps one day and snorkeling in the British Virgin Islands the next. A wife and mother of two grown boys, Priscilla sees travel as art – a blank canvas where unique hotels and experiences paint priceless pictures. Born and raised on the South Shore of Boston, she now splits her time between Newport, Rhode Island, Key Largo, Florida, and Boston’s North End. She is an avid photographer, sailor (Oyster 54), tennis player, skier, foodie, and amateur sommelier.
Previous articleA Guide to Shipping Overseas
Next articleMagical Mozambique