Best known for their work in combat and private business aircraft, French aerospace giant Dassault is not just an industry leader; it is an aviation behemoth that represents a profound shift in the way governments and the affluent consume elite air travel; from the twin-engine canard-delta wing Rafale fighter to IXV (Intermediate eXperimental Vehicle) space vehicle, Dassault Aviation SA (a subsidiary of Dassault Group) has been a stalwart in global aerospace since the early twentieth century; and now, Dassault—and do pardon the somewhat gauche pun—, goes stealth mode with their ultra-long-range business jet offerings. 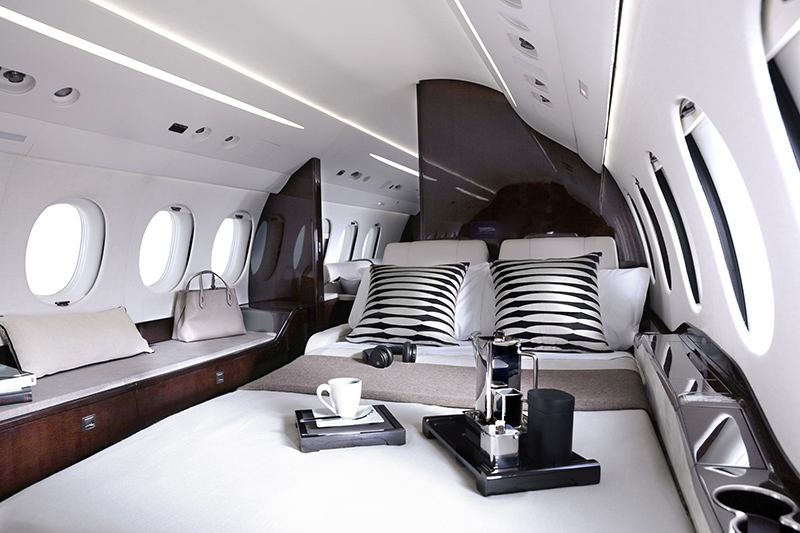 Take the Falcon 8X, the brand’s new flagship that’s revolutionizing ultra-long-range private aviation, for example. It can fly nonstop from New York to Dubai, Dubai to Adelaide, and Jeddah to São Paulo. The 8X also has a travel range of 6,450 nautical miles (7,422.5 miles), the longest in the Falcon family, and 30 different design layouts for maximum cabin comfort at 42.67 ft in length. , a three 6,722 pound PW3070D engine system shortens transoceanic travel, allows takeoff from shorter runways, and reduces current emission standards by 30 percent.

The pièce de résistance: a flight deck outfitted with the world’s most advanced military technology. The FalconEye Combined Vision System is the first Head-up Display (HUD) to combine unprecedented database-driven terrain mapping, thermal, and low-light images into a single view. FalconEye also boasts a revolutionary fourth-generation multi-sensor camera that generates very high definition images. In synthetic vision system (SVS) mode, the camera displays a 40° horizontal by 30° vertical field of view with a 1280×1024 resolution, one of the widest angles on any HUD, ensuring full coverage of the viewing area with no tunnel vision effects. It’s kind of like flipping the light switch on in a dark world for pilots. 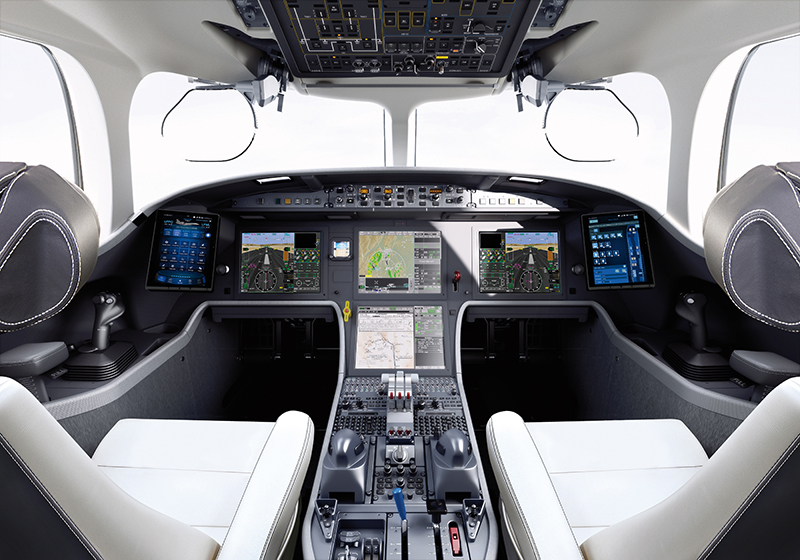 “Operators, Gilles Gautier, Vice President, Falcon Sales for Dassault Aviation says, “value the performance, flexibility, robustness and innovative features of our large-cabin models, which draw heavily on advanced technologies inherited from Dassault’s fighter programs. This is particularly true of newer models like the Falcon 8X, which offers the best combination of range, cabin comfort and operating efficiency of any aircraft in its class.” “The regional market improved last year and we anticipate a good market in 2019 and going forward,” continued Gautier. 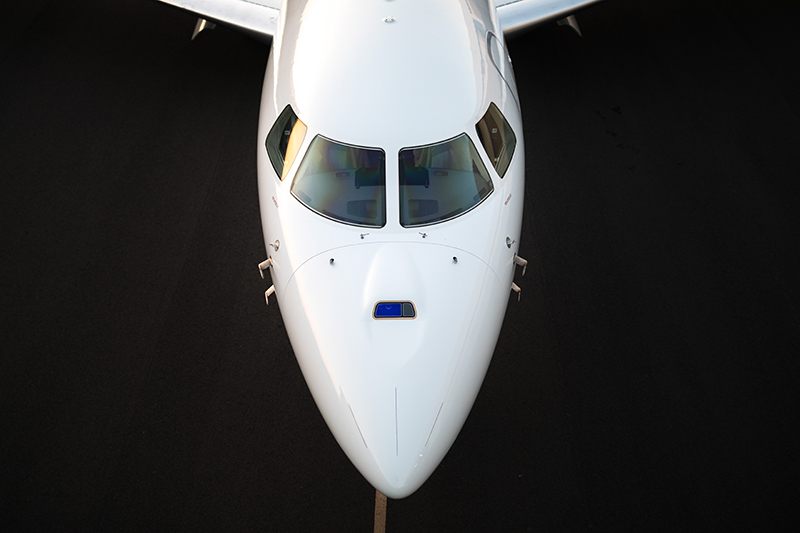 In a similar fashion, the much vaunted Falcon 6X ultra widebody twinjet links Dubai to any destination in Europe, Africa, or Asia. More than any other purpose-built business aircraft, the 6X offers 6 ft 6 in (1.98 m) of headroom and a width of 8 ft 6 in (2.58 m), accommodates twelve to sixteen passengers (in three separate lounge areas), and offers a number of different layout configurations—a large entryway, crew rest area, and spacious rear lounge for greater privacy.

The 6X features a string of innovative design features, most notably an ultra-efficient, next-generation wing and a Digital Flight Control System (DFCS) that commands flight control surfaces, including slats and flaps, reduces pilot workload, and increases performance and safety. The DFCS features a remarkably novel “flaperon” device that enhances lift and roll control, especially during approaches with a steep descent profile. So, for High-Net-Worth (HNW) and Ultra-High-Net-Worth (UHNW) jet buyers thinking about first-class comfort, design, and privacy, $47 million for the 6X (and $58million for the Falcon 8X), is a small price to pay. 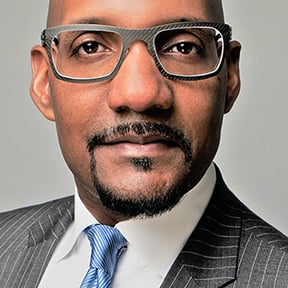 Dellvin Roshon
Dubai-based journalist and Upscale Living contributor, Dellvin Roshon Williams, is a luxury lifestyle content writer and brand messaging, strategist. The rakish raconteur has penned world-class editorial features for US and Middle Eastern titles such as Haute Time, Luxury Hoteliers, Debonair, and Watch 1010. He specializes in Haute Horlogerie, elite travel: super yachts and luxury private aviation, and has a penchant for all things cognac.
Previous articleWindstar’s Wind Surf, the Preeminent Way to Cruise the Rivieras
Next articleThe Other Side of Jamaica