Founded by Alejandro de Tomaso in Modena in 1959, De Tomaso Modena SpA came to prominence producing various prototypes and racing cars and then in the 1970s and 1980s with limited runs of luxury coupés and saloons. Following majority ownership by Ford and liquidation in 2004, Hong Kong-based Ideal Team Ventures purchased the company for €1,050,000. 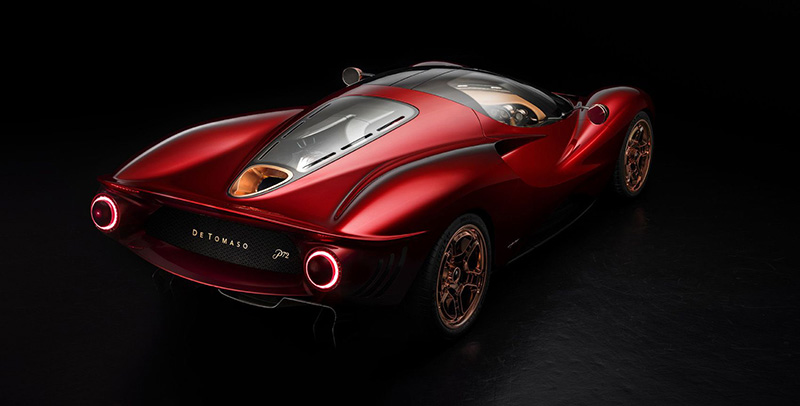 Fifteen years later they are back with their first retro-styled sports car called the P72. The limited-edition P72 supercar was introduced at the 2019 Goodwood Festival of Speed to much aplomb. A homage to the P70 – a Carrol Shelby built, and Peter Brock styled race car of the 1960s – Jowyn Wong designed the visually stunning vehicle to meld the 60s and 70s with cutting-edge technology and luxury finishes. 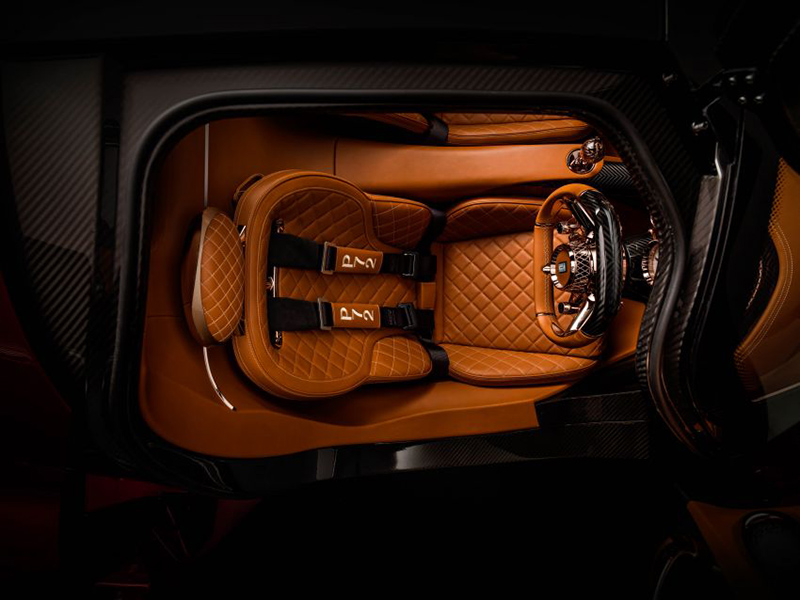 Combining modern elements with the classic shape, the curvy body is built on a custom-made carbon fiber monocoque chassis constructed based on the Intensa Emozione sports car. Upholstered in diamond-stitched leather, the highlight of the interior is the opulent baroque gold display along with analog and digital instrumentation to recall the calls inspiration. It also features an open linkage gearshift lever – the car is a manual transmission, although no drivetrain or performance specs have been released –finished in copper.

The limited production will be just 72 cars with an anticipated base price for the P72 of approximately €750,000 (about $841,000). They are currently accepting Registrations of Interest via soft deposits on their website here.