Discover Bern, the capital of Switzerland

Switzerland’s enchanting capital, Bern, is built around a curvature in the River Aare and was founded in 1191 by Berthold V, Duke of Zahringen. It is said that he announced that he would name the city after the first animal he came across during a hunt, which was a black bear, featured on the city’s coat of arms. In 1218, following his early death and with no heirs, the Holy Roman Emperor Frederick II declared Bern to be a free imperial city.

Bärengraben, an open-air bear enclosure, is one of the city’s most popular attractions. Bern has a long history of keeping bears, with records dating back to 1513 when the victorious Bernese forces returned home with a live bear after the Battle of Novara. Today Bärengraben houses a family of resident bears who have unrestricted access to the entire enclosure and it certainly delights the crowds. There is also an area, which is sectioned off, allowing them to fish and frolic in the River Aare and there’s a tunnel, which leads to a private area where the bears can rest, undisturbed. 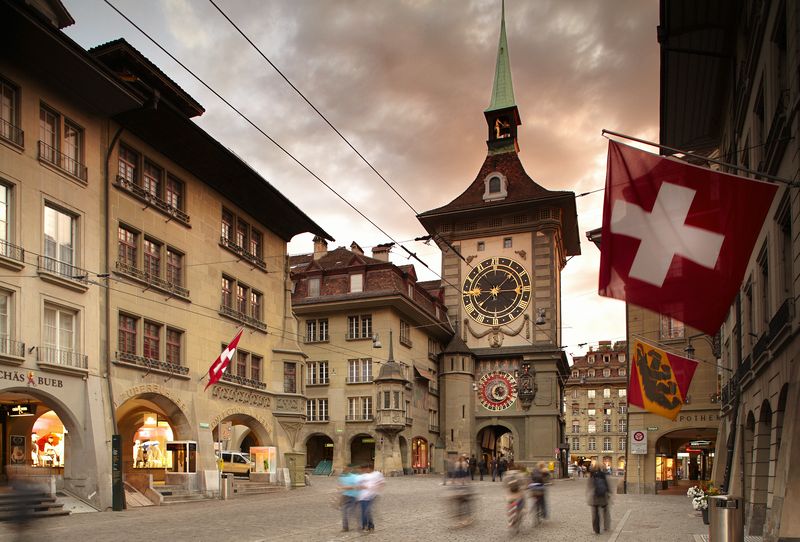 Bern attracts millions of visitors, eager to explore the beautiful surroundings and to take an intriguing glimpse into the city’s colorful kaleidoscope of history and culture. Altstadt, Bern’s charming old town, is the main attraction, as it features fascinating examples of medieval architecture and was awarded UNESCO World Heritage Site status in 1983. Visitors gather on Federal Square to admire the imposing Federal Parliament Building, the medieval Clock Tower, which features a number of moving puppets, and the magnificent Bern Muenster; a Swiss Reformed Cathedral built in 1421, which is a fine example of Gothic architecture with dazzling stained glass windows and a soaring tower reaching 330 feet into the Alpine sky.

For brave hearts who love to have their heads in the clouds, the mighty Eiger, the Mőnch and the Jungfrau are all but a short distance away, but as I prefer to remain on terra firma, the Swiss Alpine Museum located on Helvetiaplatz offers a safer insight into the mysteries of the Alps. ‘Beautiful Mountains, A Point of View’, the main exhibition, runs until 01 September, and features 120 works of art including Ferdinand Hodler’s dioramas ‘Ascent and Fall’ and I took the opportunity to get up close and personal with a multi-faceted mountain, viewed from a comfortable seat on a revolving platform and accompanied by an audio text.

To clear my head and settle my nerves after such an arduous virtual adventure, I made my way to Bern’s Rose Garden and was rewarded with an unforgettable view of the Old Town and the banks of the Aare River. The aroma of 220 different varieties of roses, 200 types of iris and 28 varieties of rhododendron had an instant calming effect.

Another popular attraction, located on Kramgrasse, is Albert Einstein’s House and Museum. Einstein’s apartment on the second floor of the property offers an insight into the life of one of the world’s greatest physicists. Einstein resided at the property from 1903 until 1905 when he was only 26 years of age and he was at his most creative, presenting 32 scientific publications. At that time, his theories were received with much skepticism and his work on Special and General Theories of Relativity later became an essential part of physics.

After all those excursions I was in need of some first-class pampering and headed for Bahnhofplatz, the location for the luxurious Schweizerhof Hotel. Founded in 1857, this property has attracted some of the world’s most glamorous celebrities including Grace Kelly, Sophia Loren, and Elizabeth Taylor and the glittering chandeliers and sumptuous furnishings reflect the sophisticated surroundings. Rooms are spacious with first-class amenities and of course, the service is outstanding. The hotel spa offers a wide range of relaxing treatments and provides a tranquil haven for weary explorers and I ‘chilled out’ on the sky terrace, sipped on a cool cocktail and admired the views across the rooftops. For an outstanding luncheon Jack’s Brasserie, recipient of 14 Gault Millau points, presents French cuisine with aplomb. I sampled the succulent grilled lobster with cognac hollandaise and potatoes in a baker’s dough. The dish was absolutely delicious and the subtle flavors were further enhanced by a chilled glass of bubbling Moët & Chandon MCIII.

For a post dining stroll and a spot of retail therapy, Bern offers 6 kilometers of covered shopping arcades, crammed with bijoux boutiques and trinket shops featuring every kind of souvenir. Glitzy jewelry shops with lavish displays of Swiss watches easily persuaded me to part with more than a few Swiss francs.

As a self-confessed and unrepentant chocoholic, I then made my way to Läderach, a leading Swiss chocolatier, located on Spitalgasse. The company dates back to 1962 and offers visitors the opportunity to view the talents of a master chocolatier creating the most delicious confectionery. Temptations include chocolate chili lime, cranberry, Florentine milk or dark, Cabruca walnut or Brazil and the absolutely mouth-watering pink pepper and strawberry. And as the succulent flavors exploded onto my taste buds I imagined that I will return to Bern at the earliest opportunity.

In the words of Albert Einstein ‘Imagination is everything. It is the preview of life’s coming attractions’.

| All images (excluding the Schweizerhof ) courtesy of Bern Tourism. 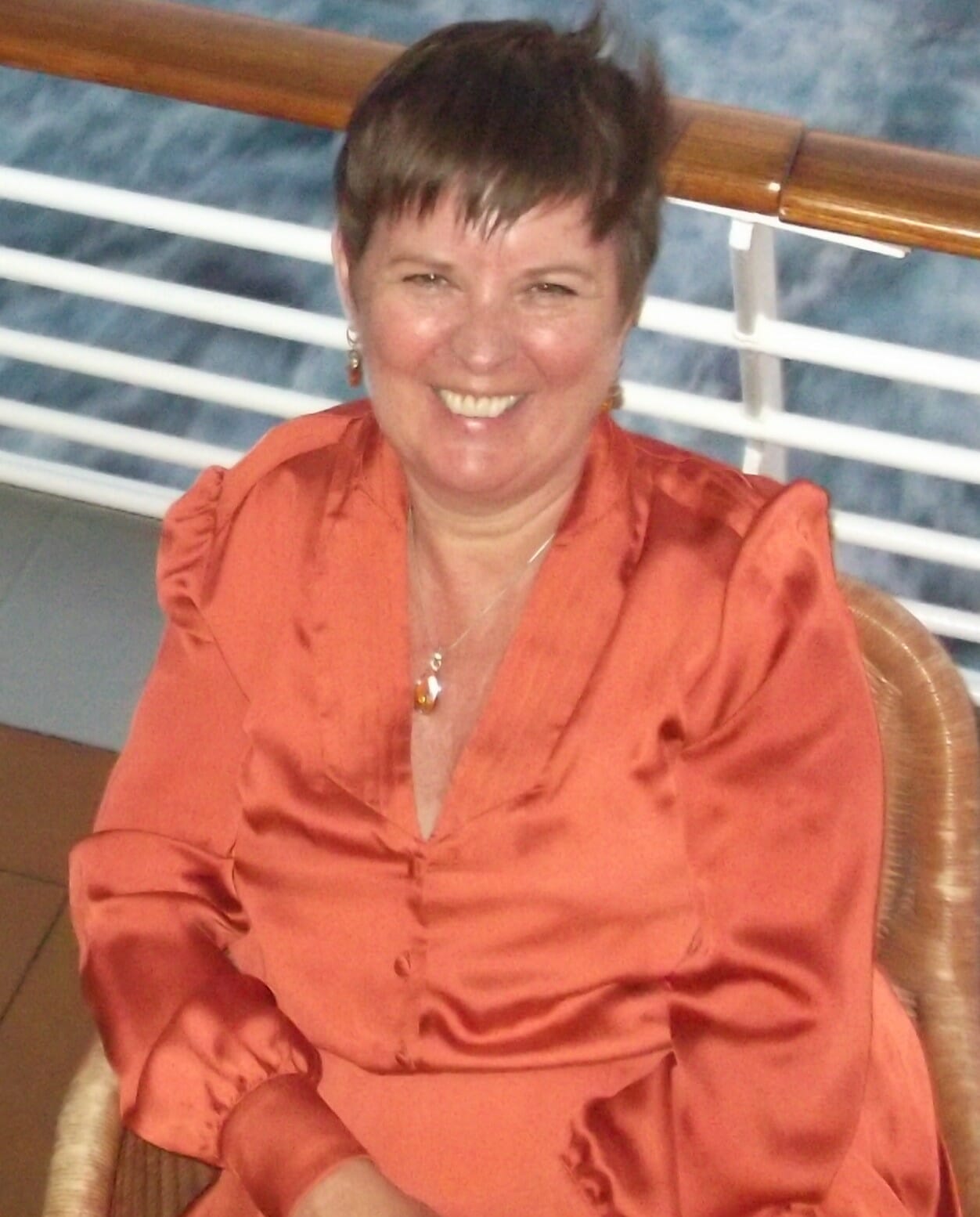 Rebecca Underwood
A Travel Journalist, based in London. Rebecca's love of travel goes back to her prior career as a croupier onboard luxury cruise liners and her journalism experiences began in 2004 when she joined Mayfair and St James' Life as the resident travel writer. Today, Rebecca lives and travels with her mother, and the list of destinations that they are keen to explore continues to grow!
Previous articleA Luxurious Family Escape At The Omni Rancho Las Palmas
Next articleThe World’s Best Romantic Rooftop Bars in 2019