East Coast cities are some of the best and biggest in the world.

No matter what your preference for this year’s holiday break, you’ll have no shortage of options on the East Coast. Whether you want to take in the bustling streets and an overwhelming skyline of New York or the stately edifices of Washington, D.C., the East Coast offers you an abundance of choice in picking a luxury holiday.

Take a quick look at a map, and you will see the East Coast of the U.S. gleams with some of America’s most vibrant, exciting and historic cities. From New York, where boredom is not an option, to Colonial Williamsburg, where you can enter a grand recreation of America’s enduring history, there is no shortage of things to do or places to see.

The history runs deep on the East Coast, with landmarks practically on every corner. After all, this is where modern America began, where the first cities founded and where some of the key events of the American Revolution took place. Even if a little bit of history is your thing, you can visit the Liberty Bell in Philadelphia, the Lincoln Memorial in Washington, D.C, or the Statue of Liberty in New York, to name a few. Or take a road trip and visit them all!

There is too much to enjoy to list them off, so we’ll go through some of the best the big East Coast cities have to offer. 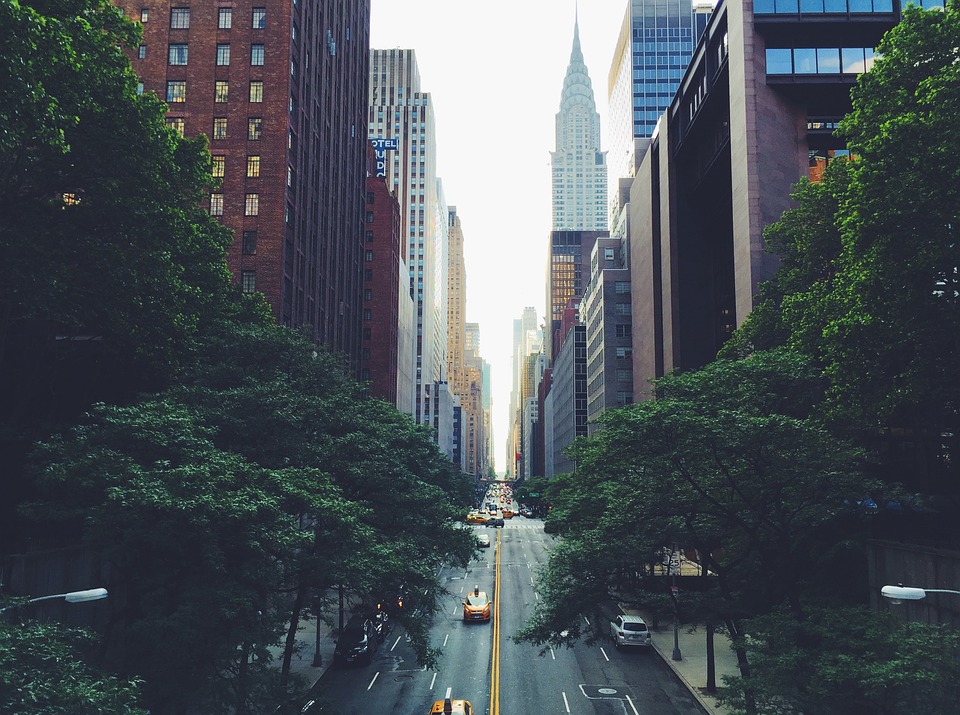 The first stop for international tourists, and without a doubt, a must for anyone visiting the East Coast, is New York City, a bustling city famed throughout the world for its beautiful skyline, high-end shopping and known for being a city that never sleeps. The energy and vibe here are like no other place on Earth and will make you fall in love with the city. New York shopping is legendary and offers a luxury retail therapy session you won’t find anywhere else, whether you fancy the designer stores on Fifth Avenue or the huge department stores like Macy’s and Saks.

Pro tip: Make time to get out and explore different areas of the city, Brooklyn is a must-see if you’re spending any time in New York. Most tourists tend to spend their whole time in Manhattan, forgetting about the wonders of the other boroughs.

The Greenwich Hotel – Partly owned by Robert De Niro, this hotel is no stranger to celebrity guests. Hosting a Shibui Spa, a beautiful indoor pool and a high-end Italian restaurant called Locanda Verde, this is an excellent spot to stay. Rooms start from $625.

St. Regis – For anyone looking to experience New York in real luxury, this is the hotel for you. Every room has a dedicated butler to look after you during your stay, and the hotel will arrange for you to travel around town in a Bentley. Recently renovated, the hotel hosts the famous King Cole Bar, the birthplace of the Bloody Mary cocktail. Rooms start from $1,020.

Founded in 1630, Boston is home to the venerable Harvard University as well as many other landmarks of American history. It has all the trappings of an old European city yet still manages to wonderfully capture America through the ages, hosting fine Georgian architecture alongside modern glass skyscrapers. There’s always something going on, and whatever your taste, whether it’s a festival, a concert at Symphony Hall or a ball game at Fenway Park. If you’re a hockey fan, make sure to visit Boston in June of 2019. You may have the chance to see some celebrations, with the Boston Bruins in good standing on sites like Oddschecker to win the Stanley Cup.

Four Seasons Hotel Boston – Situated at a wonderful park-front location overlooking the beautiful Public Garden, the Four Seasons Hotel Boston is famous for the service offered to guests as well as the attention to detail its staff provides when pampering you. Spacious and luxurious rooms, a health club with a beautiful swimming pool and one of the best restaurants in Boston all make this a top choice. Rooms start from $650. 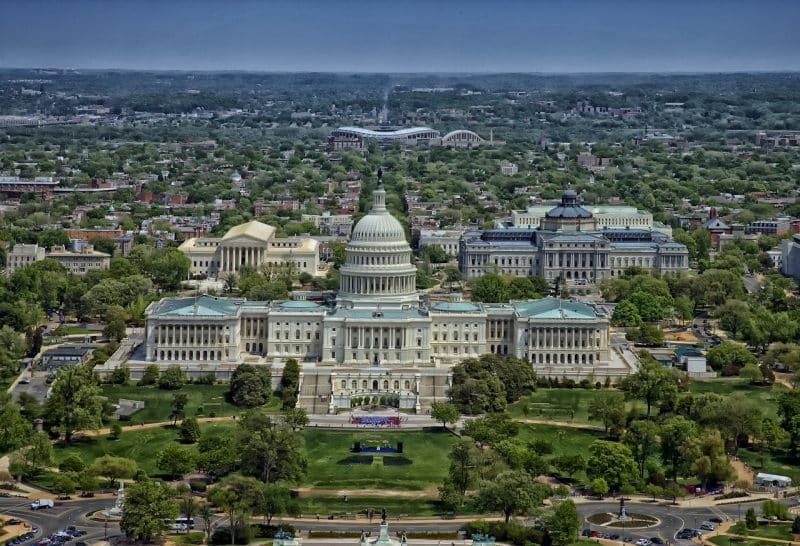 As the nation’s capital, Washington, D.C. is a compact city comprising of 68 square miles. However, in that space, it manages to represent the best of American history. There’s so much to see in this city that you’ll find it hard to see it all. Take a trip to the National Archives where you can see the original U.S. Constitution as well as the Declaration of Independence. But don’t forget to pack comfortable shoes for all the walking you’ll inevitably end up doing while trying to see the sights.

Mandarin Oriental – Boasting views of the Washington Monument, this luxury hotel is as close as you can get to all the tourist attractions. With an elegant marble foyer, curated artwork lining the walls and a dedicated spa, this is the best place to stay in Washington, D.C. if you’re looking for luxury. Rooms start from $740. 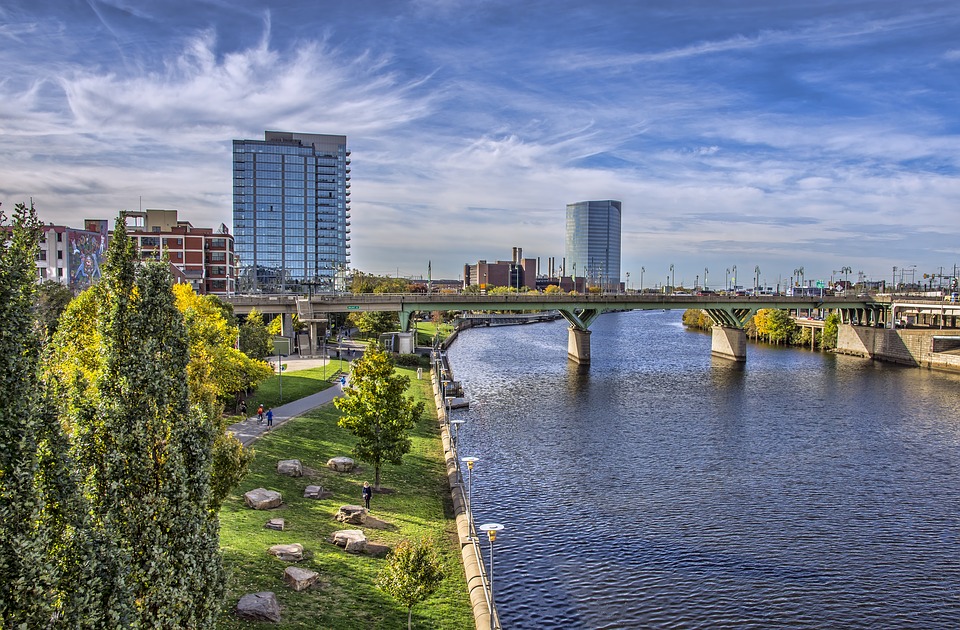 Philadelphia is a great city

The largest city in the state of Pennsylvania, Philadelphia is another important city in American history. It’s the site of the signing of the Declaration of Independence and the drafting of the U.S. Constitution. It’s also where Sylvester Stallone ran up all those steps in “Rocky.” Despite being a large city, Philadelphia has maintained small-town charm. It’s famous for its food (see the Philly Cheesesteak) and has some of the best shopping outside of New York, with the Reading Terminal Market hosting over 80 independent merchants selling wares of all kinds.

The Ritz-Carlton – The ultimate luxury spot in Philadelphia, the Ritz-Carlton has class, opulence and quality service in abundance. The on-site Richel D’Ambra Spa + Salon is for pampering, and the rooms all have excellent views of the city skyline. Rooms start from $440.

So, this is only a quick selection of some of the best the East Coast has to offer. We haven’t even mentioned Florida, which is beautiful for a beach holiday but doesn’t capture the all-seasons luxury we’re looking for from a getaway. All these cities listed guarantee to be worth visiting all year-round, whether it’s during the sunny summer months, the gorgeous fall season or even in the heart of winter. You can’t go wrong when looking for a luxury holiday in any of these great American cities.