The college football season is upon us, with games beginning on Aug. 28. The Heisman Trophy race is always a centerpiece component of a college football campaign. If you were to start with a core list of eight primary Heisman contenders this year, the group below would represent a very good start. One could quibble with a few players not included on the list, such as USC quarterback Kedon Slovis or Oregon pass rusher Kayvon Thibodeaux, who is probably the best defensive player in the country, but by and large, this group of eight players is very likely to produce the eventual Heisman winner this December at the Downtown Athletic Club in New York.

We’ve taken a look at the odds in Las Vegas and after a quick BetOnline review has found that the online betting sites agree: Rattler is the favorite to win the Heisman as we enter the season. Oklahoma is not only believed to be the favorite to win the Big 12 Conference but to make the national championship game in college football this season. Obviously, the Heisman vote precedes the College Football Playoff semifinals, so we won’t know if OU is in the title game when the Heisman is handed to the winner, but if Oklahoma is a top-two seed in the four-team playoff, that would indicate the Sooners maxed out in the regular season and did everything they were expected to do. Oklahoma faces a lot of hype this year, so if the Sooners fulfill their expectations, Rattler instantly becomes a top-two or top-three player in the country. He would get a top-two or top-three vote total. Then we would have to see if another player managed to produce a statistically sensational season that exceeded expectations and carried a high-profile team to the top of the sport or beyond what pundits were previously anticipating.

If Oklahoma is a top-two playoff seed, the only candidate who might realistically deny Rattler the Heisman is J.T. Daniels, if Georgia beats both Clemson and Alabama, or if the Dawgs at least win the SEC championship and knock Alabama out of the playoffs. Bryce Young of Alabama or D.J. Uiagalelei of Clemson could also deny Rattler the award, but they would both need awesome stats to overtake Rattler if OU is a top-two seed in the playoff.

Uiagalelei has the unenviable but thrilling task of replacing Trevor Lawrence at Clemson. If Clemson makes the College Football Playoff and Uiagalelei has a generally strong season – maybe not at Lawrence’s standards but relatively close – he will certainly have a good chance to win the award. Playing well in the huge season opener against Georgia would get his campaign off to a fantastic start. If he wins that game, he would immediate rise in front of another candidate on this list for the award. That candidate is the next one on our list below:

Georgia struggled at quarterback for most of last season. The Bulldogs were beaten by archrival Florida and could not push the ball down the field when they fell behind in games. J.T. Daniels was not fully healthy, which is why he didn’t start the season as Georgia’s quarterback. He got healthier as the year went along, though, and in November, he got the call from coach Kirby Smart. He was given the green light to run the Dawgs’ offense. Daniels was able to throw the deep ball well and make the big pass plays Georgia had previously lacked. The Bulldogs won the Peach Bowl against Cincinnati and enter the season with a lot of momentum. If Georgia can beat Clemson and finish with a 12-1 record, or if it beats Alabama for the SEC championship – either one of those scenarios would be fantastic – Daniels could legitimately expect to win the Heisman. He can’t win if he loses to Clemson and Alabama, but if he beats one of the two, he’s in solid shape. If he beats both, he’s a lock to win the award. We will see if he is ready for the challenge. He didn’t play most of the 2020 season, so it’s up to him to prove he can be healthy and elite for 13 full games.

Corral is a dark-horse candidate, but he has a chance for one basic reason: He is a great dual-threat quarterback in a Lane Kiffin offense. Ole Miss scored lots of points last year. Corral benefited a lot from Kiffin’s arrival as Ole Miss head coach. Corral was a relatively limited quarterback under previous coach Matt Luke, but Kiffin unlocked his talents and put him in an offensive system where he could shine. Corral, if he leads Ole Miss to nine wins and gets at least 3,500 passing yards and 1,000 rushing yards, could become a Heisman finalist. If the other top Heisman contenders then stumble along the way, Corral might have a chance to pick off the award in an upset. That is the larger overall scenario he needs to win the award, as opposed to merely finishing in third or fourth place.

King has to get Miami to the ACC Championship Game against Clemson to have any shot, and then he actually has to beat the Tigers if he really wants to have an especially strong chance at winning the award. Heisman Trophy debates get confused with player evaluations. More specifically, Heisman debates can seem like an attempt to invalidate or diminish a player. If a player is not a Heisman finalists, some fans might think that player just isn’t very good or doesn’t measure up against the other top players in the country. That’s a false read of the situation. Heisman Trophy debates involve measuring the best player in the country versus the second- and third-best players in the country, against the fourth- and fifth-best players in the country, versus the rest of the top 10. If a player is eighth-best in the entire United States, that’s really very good. That’s a great achievement if one can pull it off. It’s just that the fourth-best player is several notches better than the eighth-best player, and the No. 1 player is a few notches better than the No. 4 player. D’Eriq King will probably be a top-10 player in the United States, and he might even be No. 5, but to be No. 1, he has to do something spectacular at Miami: Beating Clemson.

Sam Howell has a difficult but clear Heisman path – difficult because he needs to beat Clemson and win the ACC championship to have a realistic chance at the trophy, but clear because that’s the obvious way for him to win it. Beating Clemson for the ACC title is very tough to do, but if Howell DOES in fact achieve that goal, who will have a better Heisman argument than he will? Probably no one. This is a risk-versus-reward equation for Howell as the leader of the North Carolina offense. He can struggle in one or two games as long as he is generally consistent over the course of the season AND he beats Clemson when it really counts in the ACC Championship Game in Charlotte in December.

Bryce Young’s Heisman candidacy isn’t hard to explain or imagine. Alabama had a great offense under Tua Tagovailoa, who was a Heisman Trophy runner-up a few years ago. When Tagovailoa went to the NFL, it was easy to think Alabama’s offense would suffer. Instead, Mac Jones came in and promptly led Alabama’s offense to a dynamic 2020 season in which the Crimson Tide averaged 48.5 points per game. Nick Saban finds great players. He plugs them into his system. With high-quality talent at every position on the Alabama offense, the quarterback is instantly placed in a spot where he can throw the ball without much pressure, due to a strong offensive line, and watch his receivers make special plays to fatten up the stats and score lots of touchdowns. Bryce Young hasn’t played a full season for Alabama, but Mac Jones showed that doesn’t really matter last year. Alabama is still in a position to field a very strong offense this fall, and Young can be the beneficiary.

Olave is the best Heisman candidate on the Ohio State roster, not quarterback C.J. Stroud, a redshirt freshman who is likely to go through a few bumpy stretches in the upcoming season. Olave is the veteran and, one could easily say, the leader of this Buckeye offense. He has been part of two different teams which made the College Football Playoff, and he was part of last year’s team which reached the national championship game before losing to Alabama. Olave, not Stroud, will make the Ohio State passing game especially formidable this year. He will make catches in the air. He will win 50-50 balls. He will do all sorts of things within the offense to make the Buckeyes a factor in the College Football Playoff race. After a season in which DeVonta Smith won the Heisman Trophy as a wide receiver for Alabama, Olave stands out as the receiver in the best possible position to win the Heisman in 2021. 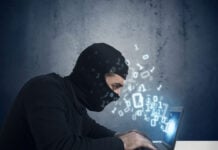 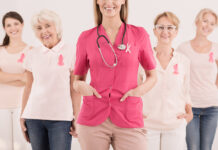 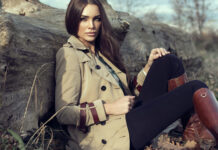 5 Tips for a Stylish Autumn Wardrobe