It is known that we are living in the fast lane and Fashion Week is no exception. It’s often seen as the only race that matters side by side a successful business direction of course!

There was so much beautiful talent to be seen, both staple and newcomers made kept on high marks with their exuberant collections. 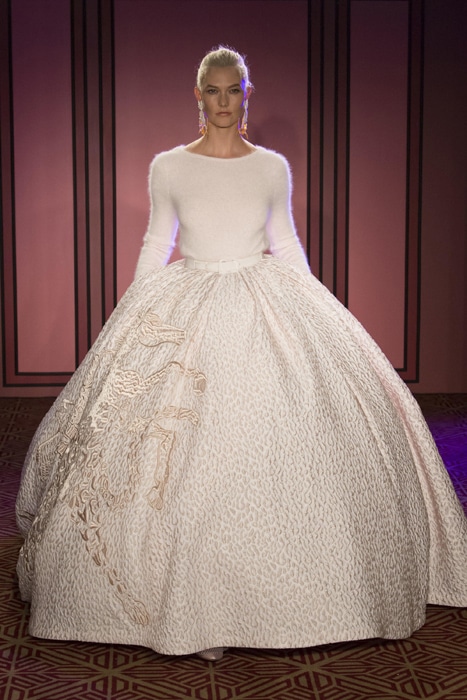 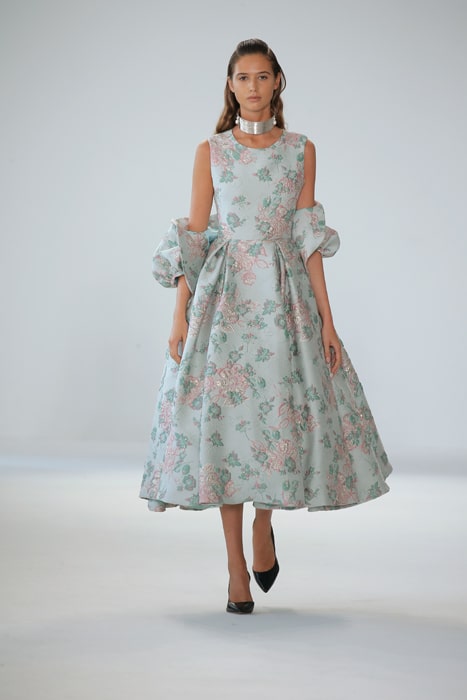 DENIBI | A Barcelona native with an architectural and inspirational aesthetic and a profound sense of craftsmanship. Delivered displaced cuts with a mix of perfectly aligned and ladylike silhouettes among with accessories inspired by his own personal paintings. 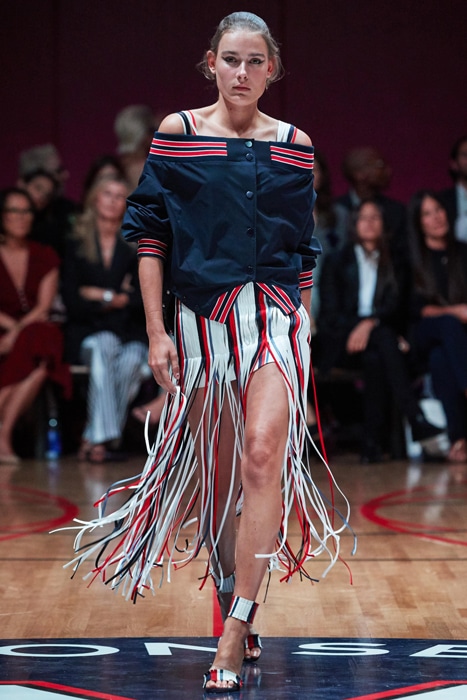 MONSE | Fernando Garcia and Laura Kim literally were on the top of their game stamping their collection with what has become the house aesthetic. Classic men’s shirts and coats turned backward and blown up into oversized dresses worn over snap-up windowpane-printed pants. Tipped cardigans in red and white and a navy baseball jacket twisted, cut out and unsnapped to reveal shoulders and collar bones. Worn over striped sequined fringed skirts, the knits giving a fresh casual attitude to evening-wear.

A style of polished deconstruction translated to an attitude of allure both confident and fun. The clothes were steeped in playfulness, here heightened by the Americana and university motifs, but the execution was always adult. 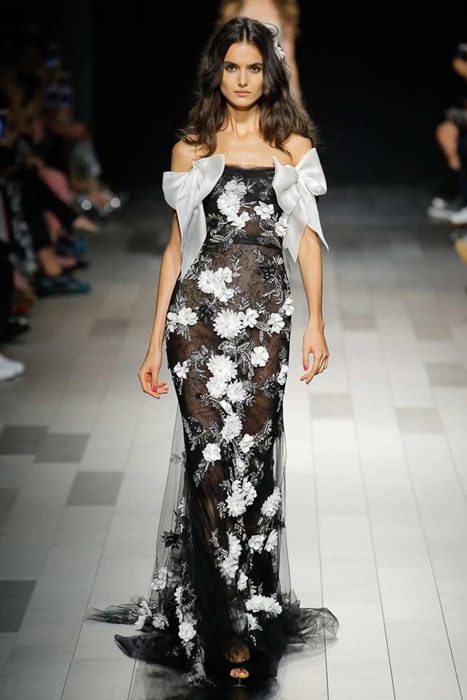 MARCHESA | At Marchesa, there was a continuing fairy-tale story, not bookended so much by collections but each dress was unto its own. Sort of like keepsake pieces, not driven by trends—pieces for you to pass on. Pieces of art & craftsmanship if you will.

With Marchesa, it’s best to consider each look individually, rather than view the pieces as a cohesive group yet the collection was cohesive and truly beautiful. 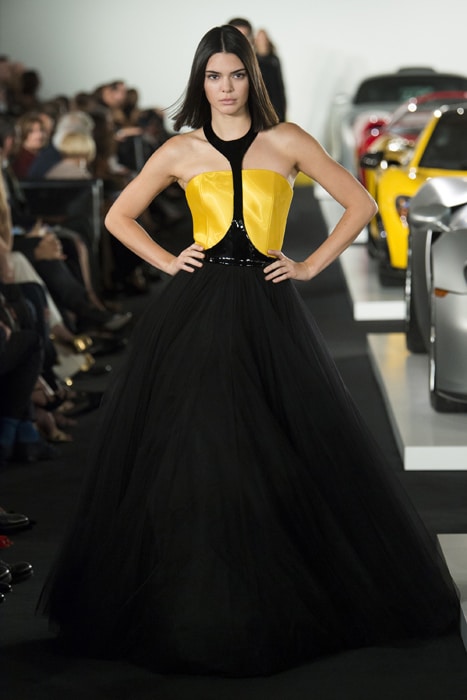 RALPH LAUREN  |  For his show, we traveled to Lauren’s famed Bedford Mills, New York.  There at his larger than life garage, we took a peek under the hood of his obsession. Ralph Lauren’s love of fashion is perhaps second only to his fascination with cars.

Ferraris, Porsches, and the aforementioned Bugatti—were lined up on the runway as models strode past their curvilinear bodies. As if from his own front row seat was a 1938 Bugatti Type 57SC Atlantic, worth an estimated $40 million and arguably one of the world’s most expensive cars.

At the opening came a parade of tailored suiting followed by glamorous red carpet options, many of which were directly inspired by the cars dotted around the room. Even the most feminine pieces were not too far removed from the energy of the racetrack, with dramatic ball skirts and patent leather bustiers that recalled the primary color palette of sleek 1980s sports cars.

The collection was — Totally in line with the American luxury lifestyle Mr. Lauren has carved out for himself over the past 50 years.

After several news cycles fueled by headlines about New York’s top fashion talent defecting for a brighter City of Light, those who have stayed put used their runways to show their American pride.These designers were not only in the race to be the best they were winging the race. 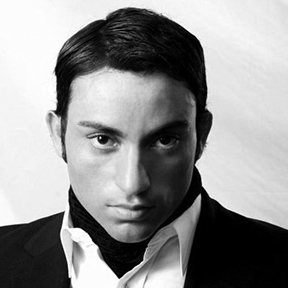 Gerard Vallecello
Gerard Vallecello is a columnist, a personality, a stylist, and creative director based in New York. Attended Rhode Island School of Design and contributes to publications in the US and the UK. He is a notable member of the fashion community.
Previous articleA Minute With Executive Chef Steve Benjamin of Jean-Georges Beverly Hills
Next articleHow to spend 24 hours in beautiful Fort Lauderdale