The Paris Biennale des Antiquaires is the grandest of the international antique and arts fair. One of the most anticipated parts of the fair are the displays of high jewels by some of the world’s most prestigious jewelry houses, including Cartier, Van Cleef & Arpels, Boucheron, Bulgari and Wallace Chan.

This year marked unprecedented change for the venerable event, which was held September 10 – 18 as all 14 high jewelry exhibitors from 2014 pulled out because of new rules dictating smaller booths to accommodate more art and antique dealers.

However, the jewelry portion of the show did go on beneath the soaring glass dome of the Grand Palais with four established independent high jewelry houses of diverse backgrounds and offerings taking the place of those who left

The most anticipated of all the jewelers was Cindy Chao. The Taiwanese jewelry artist is known for her sculptural gem encrusted one-of-a-kind Black Label Masterpiece jewels that could take upwards of three years to complete—most notably her iconic butterflies. It was the first public exhibition of her jewels ever. During the September 8 press preview, her booth was so full that it was roped off several times.

The 41-year-old artist didn’t disappoint as she brought 12 new Black Label creations to celebrate her 12th year in business as well as some other classic pieces, several on loan from collectors.

Boghossian, based in Geneva and Antwerp, presented several statement pieces that used an assortment of materials and exclusive techniques. The Boghossian family is now in its sixth generation as a gem business but it has only been since 2008 that the Boghossian name has become a consumer high jewelry brand.

Albert Boghossian, who manages the high jewelry business, says the jewels tell the story of the company’s diverse family heritage interpreting what he calls an “East meets West” style—based on Armenian, Persian, Syrian and Byzantine influences. It is also known for its “art of inlay” technique where gems are set within one another. Another technique is known as “kissing” because the gems are set so close together they appear to be just touching.

Indian high jeweler, Nirav Modi, had perhaps the most striking display of the group, with fanciful jungle-like motif with tropical bird sounds. One of its pieces, the Embrace bangle, expanded and contracted within the display, showing how the bracelet hugs the wrist.

In addition, the company displayed several diamond jewels showcasing its exclusive Ainra cut, in which curved diamonds are cut and set to create an all-diamond link, replacing a need for metal chain. The technique gives the diamonds a light, silky flexible cascading effect.

The Geneva high jewelry house, de Grisogono, the only jeweler that had previously exhibited at the Biennale (2008), showcased a number of emerald and diamond pieces set in white gold. 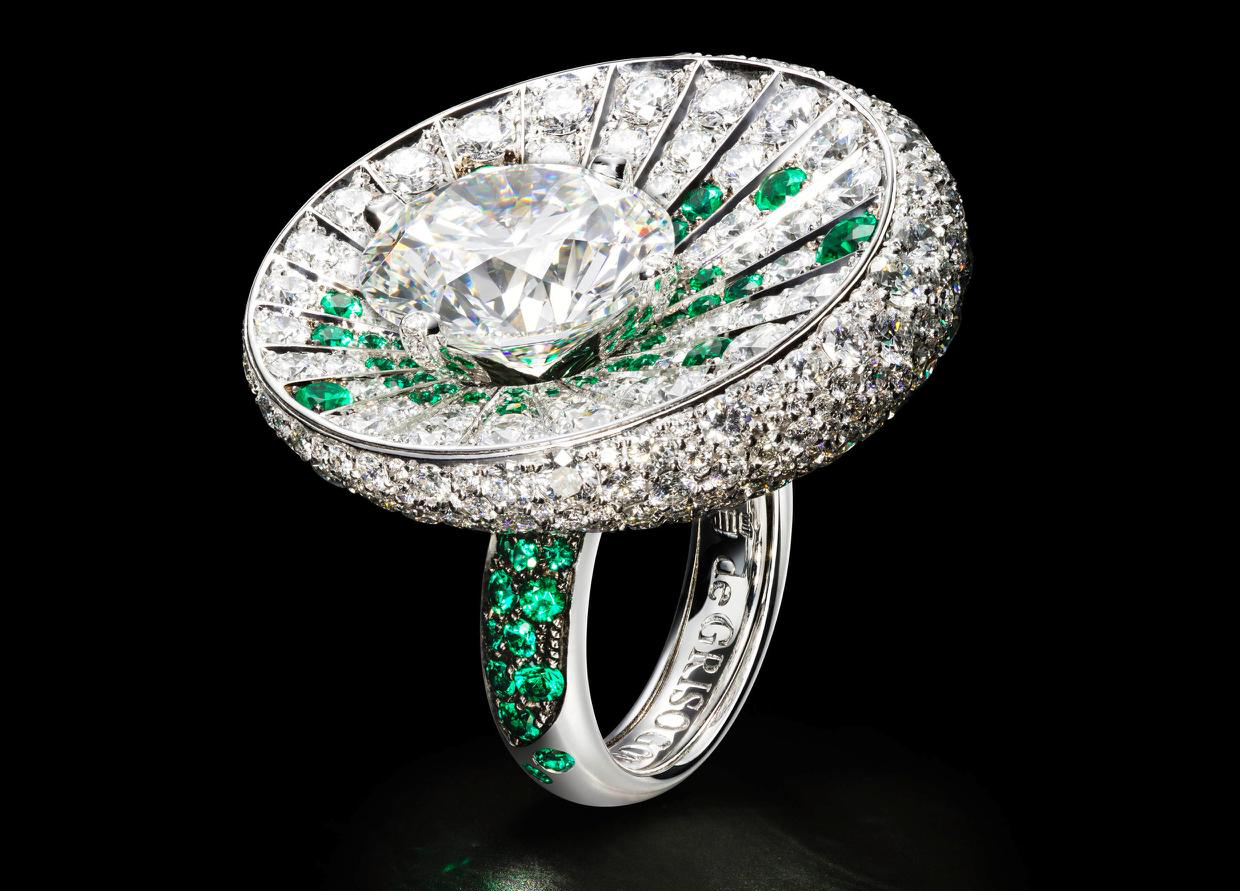 Much of the talk was about the jewelry brands that didn’t exhibit but those that did provided more than enough high jewelry masterpieces to make the Paris Biennale des Antiquaires sparkle.

Anthony DeMarcohttps://jewelrynewsnetwork.blogspot.com/
Anthony DeMarco is a freelance writer and editor who travels the world covering the jewelry and watch industry. He is also a lifestyle correspondent and “resident jewelry expert” for Forbes.com, and covers the U.S. jewelry market for JewelryNetAsia, a Hong Kong-based Web portal, as well as contributes to the Financial Times Watches & Jewellery special reports.
Previous articleWempe and Glashütte Celebrate Watchmaking Milestones
Next articleTop Cutting Edge Technology Gadgets

Be a Definitive Authority in Brazilian Sexy

"In Brazil, there is no one way of looking and feeling beautiful", says Hella Yang, CEO, and co-founder of Sol de Janeiro which produces...

Winter is flexing its icicle-ish fingers and it’s time to muster the Exploded Thomson, Black Watch, reversible thistle, and put on the Full Stag....