With the world-famous Cannes Film Festival kicking off in its usual glamorous style, A-list stars have been descending on the celebrated La Croisette on the fashionable French Riviera. Celebs arrive here by the private-jet-load to grace the red carpet, view the films, and celebrate at private after-parties on the sun-drenched Côte d’Azur.

Oozing glamour, Cannes is eternally and effortlessly chic, with a joie de vivre that is the envy of the world. When the famous film festival’s in full swing in May, Hollywood’s here in force and, as the 72nd Cannes Film Festival got underway this week, the sunny coastal city has also seen famous faces galore sail in on their superyachts to be snapped on the red-hot carpet and generally engage in the high-profile hobnobbing and super-starry showbiz lifestyle the glitzy town is famous for. 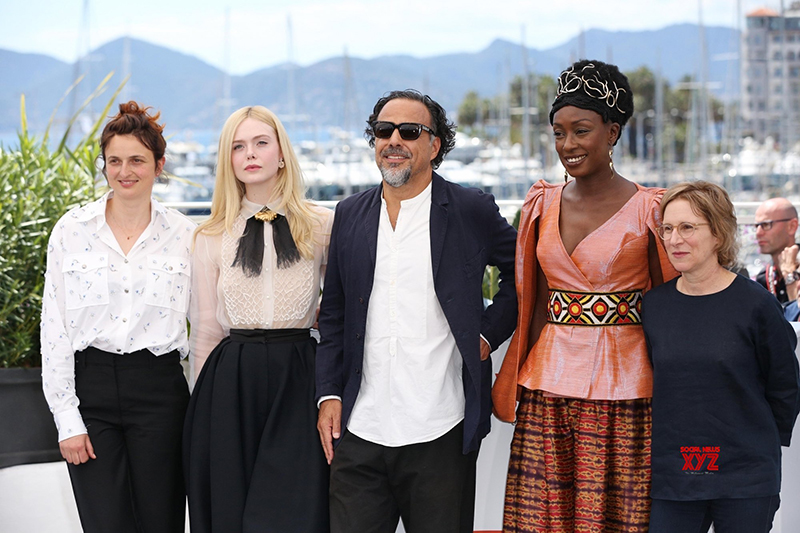 The festival rolled out its opening ceremony program with the help of its master of ceremonies, actor/writer/director and French personality, Édouard Baer. Charlotte Gainsbourg and Javier Bardem called the official start of this year’s program with a bilingual welcome. Jury President, Alejandro González Iñárritu, was joined by fellow jury members, actors Elle Fanning and Maimouna N’Diaye and filmmakers Kelly Reichardt, Alice Rohrwacher, Robin Campillo, Pawel Pawlikowski, Yorgos Lanthimos and Enki Bilal, for a moment in the spotlight – four women and four men, from four continents and from seven different nationalities.

On the second night of the festival, the red-hot carpet was filled once again with some of the hottest names in fashion and Hollywood for the premiere of ‘Les Misérables’. The movie’s star, Julie Anne Moore, donned a dramatic black gown and fitted leather cape, actress and L’Oréal ambassador, Amber Heard, took to the red carpet in a pale sequin dress, while model Alessandra Ambrosio stepped out in a red dress split to the thigh.

Tickets to its premiere were the hottest in town, with A-listers attending in droves and sequins reigning supreme. Stars hit the glittering red carpet in their most dazzling outfits to celebrate the legendary singer’s scintillating film in shimmering style… Bella Hadid wore a frothy white ruffled gown by Dior paired with an elegant updo, while Priyanka Chopra channeled old Hollywood in a glamorous black, strapless sequined gown. Eva Longoria and Shailene Woodley were also spotted sparkling on the carpet in equally glamorous ensembles. As for the man of the moment, Elton wore his premiere finery for the evening – a black suit emblazoned with an on-theme rocket ship, with the words ‘Rocket Man’ emblazoned on the back in shiny silver sequins. 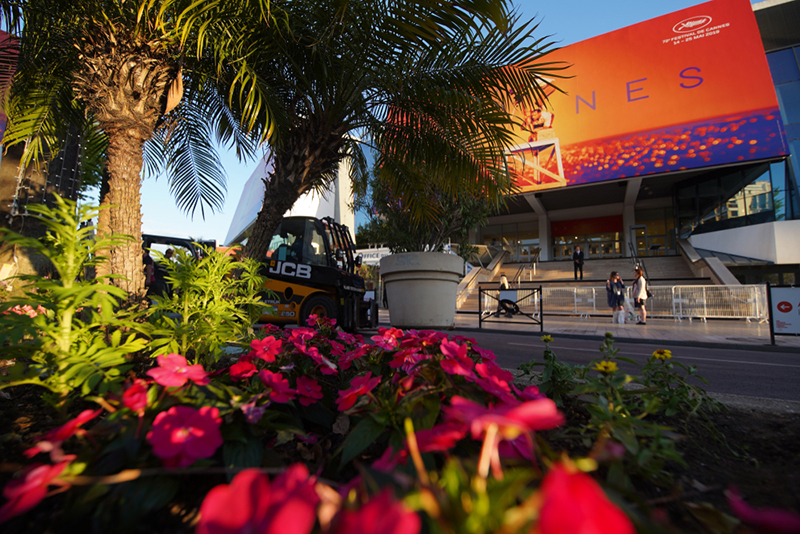 Following its screening, an emotional and tearful Elton headed to Carlton Beach, where he performed a surprise musical performance at a piano. Belting out his hit song ‘I’m Still Standing’, he thrilled the captivated crowd against the beautiful backdrop of the alluring French Riviera. What’s more, the massive beach party took place at the same spot where he shot the music video for his chart-topping 1983 track all those years ago!

The Jury will reveal their prizes on Saturday, May 25 during the Closing Ceremony. Who will win the coveted Palme d’Or? 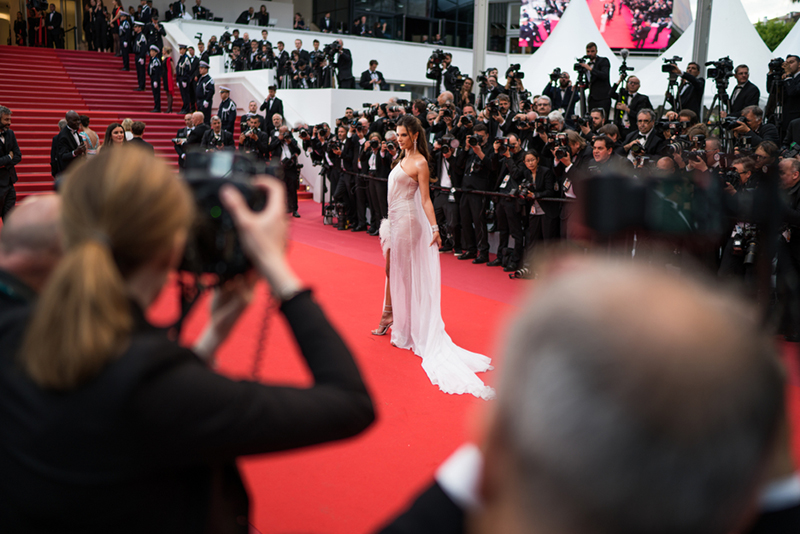 Sly is back in town!

Cannes is celebrating the career of Sylvester Stallone, too, with a look back at his momentous work ahead of the 5th ‘Rocky’ movie. Sly resumes his role as one of the most famous cinema characters in the world in recent years when he returns on screen as John Rambo in ‘Rambo V: Last Blood’ next autumn.

At Cannes, he’s hosting a special screening in the Palais des Festivals on Friday, May 24, where he will introduce on stage some exclusive images of ‘Rambo V’, which is directed by Adrian Grunberg and produced by Millennium Films. Rocky fans are in for a real treat with the video montage encompassing Sly’s sensationally-successful career, along with the world premiere restoration of Ted Kotcheff’s ‘Rambo – First Blood’, screened in 4K DCP in the Grand Théâtre Lumière.

A major international business destination, Cannes has always attracted the world’s largest fortunes. One of the key social events of the year, the Cannes Film Festival in May sees the city and surrounding areas buzzing with the chic, rich and famous, indulging in opulence on the ritzy Riviera.

When things start to hot up, stars like nothing better than to cool off with a dip in a high-class hotel swimming pool or enjoy the exclusivity of their own private pool away from the prying eyes of the public and paparazzi. Many famous faces arrive for the period immediately prior and during the festival, attending the plethora of events, parties, and screenings and, of course, the exciting Awards Ceremony.

Some stars rent apartments near La Croisette, belle époque villas hidden in the hills, ultra-contemporary compounds in fashionable neighboring areas, such as Antibes, or authentic luxurious French boltholes tucked away in exclusive St. Tropez, just a boule’s throw away from star-studded Cannes.

The legendary Côte d’Azur is still a dream destination for the wealthy, who seek to acquire exclusive homes here. In this luxury market, the most unique properties are the most sought after. Private villas with pools come at a premium at this star-studded time of the year but some famous faces have purchased their very own slice of the south of France, where they can sip Champagne by the pool all year-round. Countless famous faces own sumptuous properties dotted all along the spectacular Riviera coastline – Sir Elton’s house in the hills above Nice commands fantastic views over the city and neighboring Villefranche, close to where Bono and Sean Connery have high-class homes. 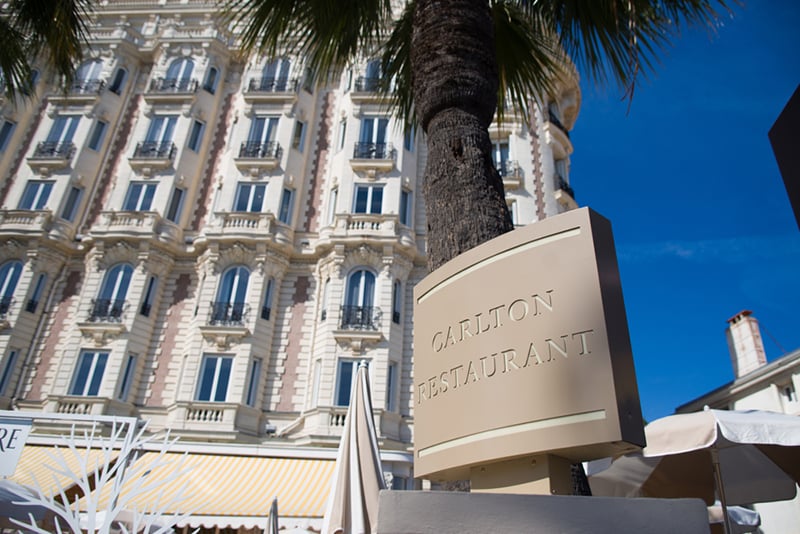 As for hotels, the guest list at the majestic InterContinental Carlton during May reads like a ‘Who’s Who’ of A-list names! The grand establishment has long been a draw for celebrities and, as one of France’s most famous hotels, the historic building oozes glamour and has a reputation as legendary as its guests. The hotel itself has been the backdrop for many a movie and is still the place to see and be seen in Cannes.

Alfred Hitchcock chose the Carlton as the base for his shoot for the film ‘To Catch a Thief’, starring Grace Kelly and Cary Grant. When Grace met Prince Rainier in Cannes at the 1955 Film Festival, and after she became Princess of Monaco, she became a regular visitor at the Carlton, along with Elizabeth Taylor. Many of the biggest names on the planet have stayed at this stunning century-old hotel located on the town’s main drag, Boulevard de la Croisette. Along with its famous façade and sweeping sea views, guests delight in classically-decorated rooms, many with balconies overlooking the buzzy atmosphere below, not to mention the private beach and unrivaled Provençal restaurant. More recent guests here include Matthew McConaughey, Antonio Banderas, and Jane Fonda. Securing a room here (if you can!) guarantees a glimpse of the A-list’s glitzy lifestyle.

Other star stopovers include the legendary Hôtel Martinez and the elegant Hôtel du Cap-Eden-Roc, a favorite for stars such as Justin Timberlake and Cameron Diaz.

With amazing parties a-go-go throughout the festival, the fizz is flowing at exclusive events all along the Côte. Champagne Armand de Brignac, along with Artist International Group CEO David Unger, hosted an intimate Champagne dinner and late-night celebration to kick off the Cannes Film Festival at the iconic Hôtel du Cap-Eden-Roc restaurant, which was extraordinarily closed for the evening for the exclusive event.

Attended by VIP actors, actresses and film industry notables, including Ellen Von Unwerth, Lara Leito, Josie Ho, Simon de Pury and Milutin Gatsby, as well as the financiers of ‘Rocketman’ and ‘Crazy Rich Asians’ among others, the intimate dinner party continued into the early hours as privileged guests sipped on jeroboams of the Champagne’s prestige Brut Gold cuvée, and divulged in a rare taste of Blanc de Blancs en magnum. A surprise special musical performance – an homage to Sir Elton by famed composer and concert pianist, ELEW – topped off the magical night to remember. 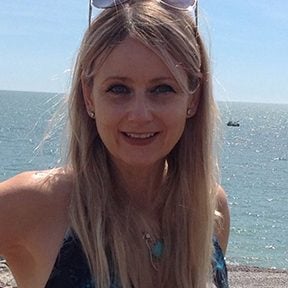 Angela Sara Westhttps://www.angelasarawest.com
Having worked in various entertainment, music, news, and language departments at the BBC in London, Angela Sara West went solo to realize her dream of luxury lifestyle and travel writing. From city guides and cultural tips to high-end interiors and property pieces, her articles have been published in print and digital travel, lifestyle, and business magazines around the world.
Previous articleAN EXCLUSIVE – Modern Work of Art
Next articleChef Oliver Lange of Zuma on Creativity, Excellence, and Perfection