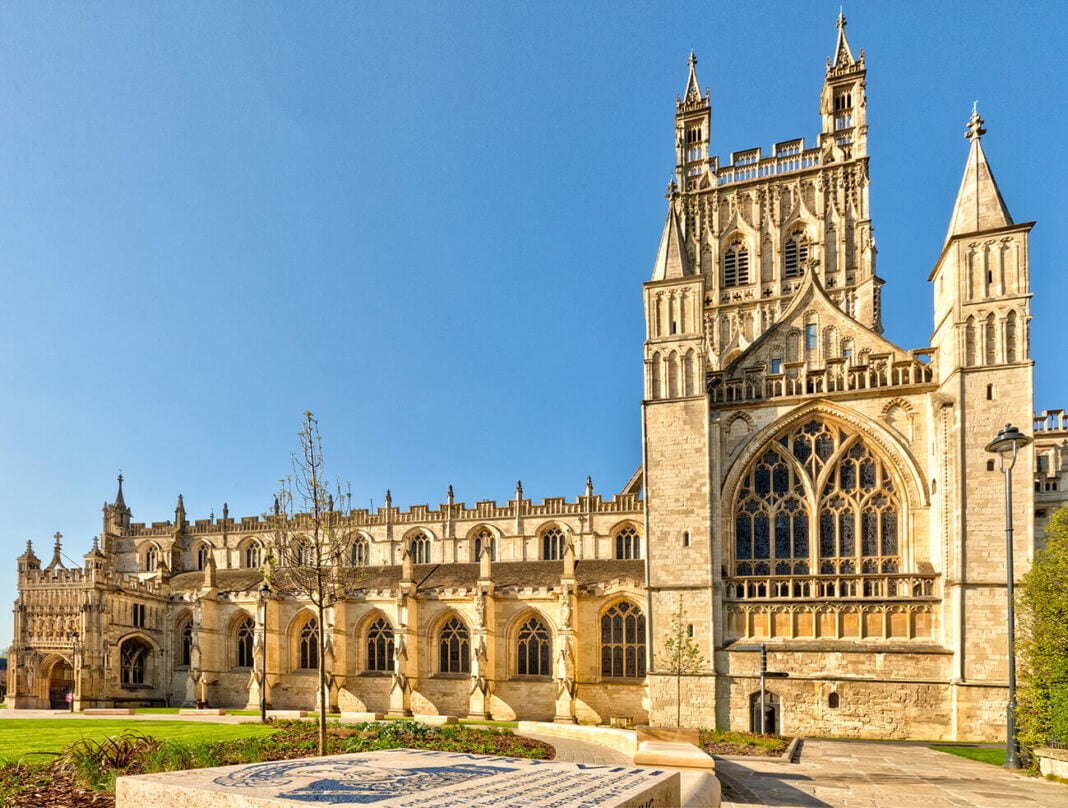 The cathedral city of Gloucester, which lies beside the River Severn between the Cotswolds and the Forest of Dean, offers a fascinating insight into a rich and colorful history. ‘Glevum’ was established as a Roman fort in 48AD and later became a settlement and was declared the Colonia Nervia Glevensis by the Roman Emperor Nerva in 97AD. During the Anglo-Saxon period, ‘Glowcestre’ became a strategic center for the Kingdom of Mercia and King Osric of Hwicce founded St Peter’s Abbey, which stood on the site of Gloucester Cathedral. King Henry II granted the city its first charter in 1155 and in 1216 Henry III was crowned king at the age of nine, on the site of Gloucester Cathedral, which remains the city’s most popular attraction.

On arrival, I set off post haste to explore Gloucester Cathedral, gaze upon its glorious Gothic architecture, and reflect on over 1,300 years of Christian heritage.

The foundation stone of the Abbey of St Peter, now Gloucester Cathedral, was laid in 1089, in 1100 the East End was constructed and remodeled between 1331 and 1355. The remarkable Nave, which was completed in 1130, is 420 feet in length, and 144 feet wide and it features a central tower, which rises to 225 feet with four pinnacles at the peak.  Most of the original Romanesque church survives and includes the entire Crypt. As I entered the Nave, I was overwhelmed with the sight of the spectacular soaring pillars, which have retained markings made by the original masons and red and brown hues linger at some of the bases, which may have been caused by a fire in 1122 when the original roof collapsed. The Cathedral Choir dates back to 1541 and the existing organ has been played since 1666. 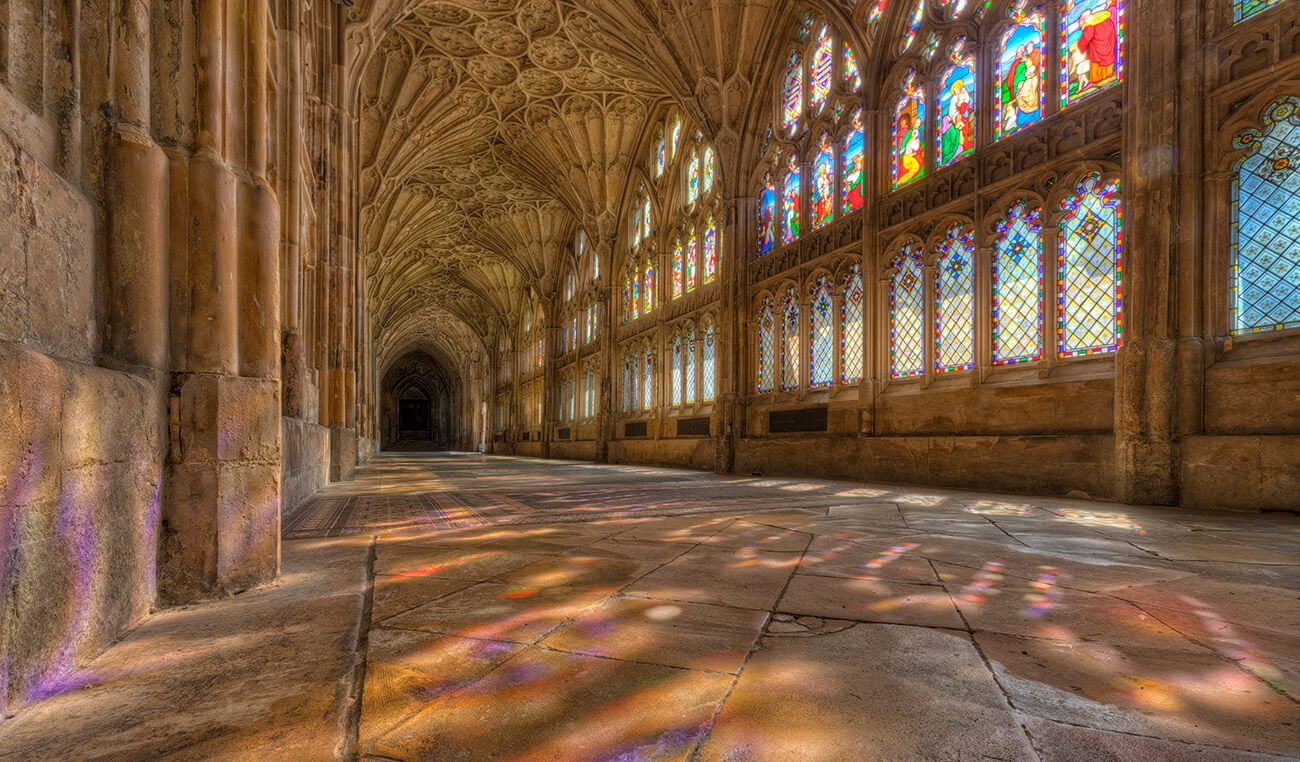 The medieval Cloisters, completed in 1367, feature the first example of fan vaulting in the UK. Devotees of Harry Potter movies will recognize this area, which was used to represent the corridors of Hogwart’s School. I was enchanted by the spectacular Great East Window, which is situated above the altar and measures 22 meters in height and 12 meters in width. Installed in the 1350’s it features an orchestra of angels on the vault and remains one of the greatest examples of European medieval stained glass.

Gloucester Cathedral has more royal connections; William the Conqueror’s eldest son, Robert of Normandy, is buried here and the young King Edward III, in preparation for the burial of his father, King Edward II, dispatched the imperial masons to St Peter’s Abbey to carry out experimental work in the French ‘Rayonnant’ style of Gothic architecture. The South Transept is the earliest surviving example of the English Perpendicular style, and the Quire and Presbytery were remodeled in the English architectural style. The Quire, in wood, stone, and glass is a masterpiece. 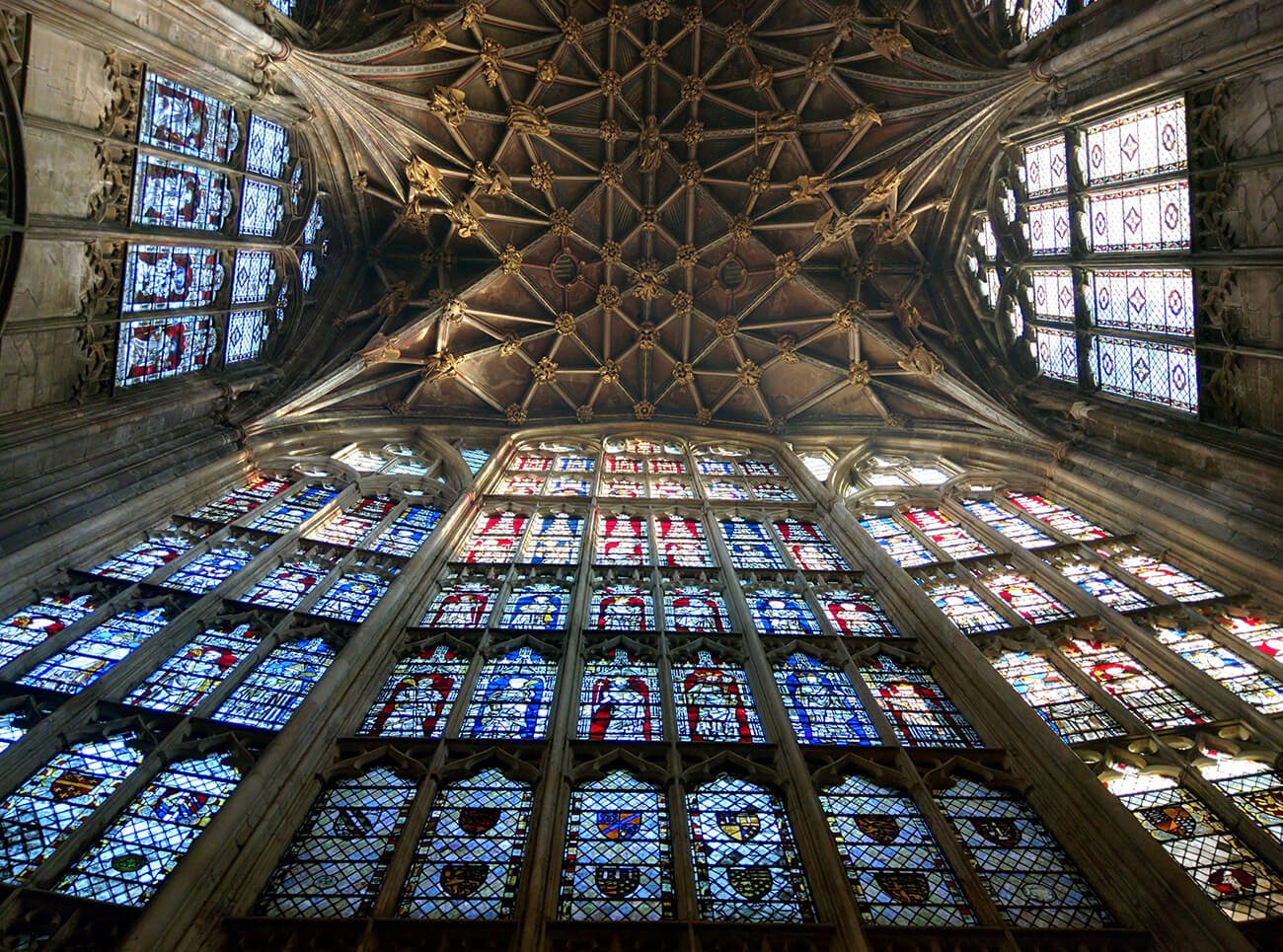 It is said that King Edward II was murdered at Berkley Castle in 1327 and his tomb, which lies in the arch on the north side of the Presbytery, features a highly ornate limestone canopy and is an early example of the ‘English Court’ style. The alabaster stone effigy was one of the first of its kind with a splendid limestone base in Purbeck marble.

As I explored the cathedral and its mesmerizing treasures, I lost track of time and succumbed to temptation, and indulged in the afternoon tea experience in the Monk’s Kitchen, the cathedral’s popular café. Served with aplomb, the dainty sandwiches, delicious scones with generous helpings of fruity jam with fresh cream, and the selection of tasty pastries were all scrumptious and after a piping hot cup of English tea, I took a leisurely stroll along to my accommodation.

I checked into the Judges Lodgings, located opposite Gloucester Bowling Club on Spa Road. The exquisite regency building, designed by Sir Robert Smirke, who also designed the main block and façade of the British Museum, features a Cotswold stone façade, ornate balcony, and cornice and dates back to the 1840s. The Judges Lodgings offers 15 luxurious and spacious apartments with 1, 2, 3, or 4 bedrooms. I selected a one-bedroom apartment, measuring 1000 sq ft, which sleeps six, and is located on the ground floor.  The enormous open-plan lounge features a full-size red telephone box and ultra-comfy leather chairs and a plump sofa. The dining and kitchen areas are also sumptuously furnished with a modern flair and the highest level of comfort is provided throughout. The kitchen features every appliance expected including a washing machine and a dishwasher and the gorgeous bathroom includes a shower and a free-standing bathtub. For those able to whip up a culinary delight in the contemporary kitchen, every gadget is at hand. Alas, my cooking skills are rather lacking and later that evening I decided to wander around the local area seeking a dining venue. 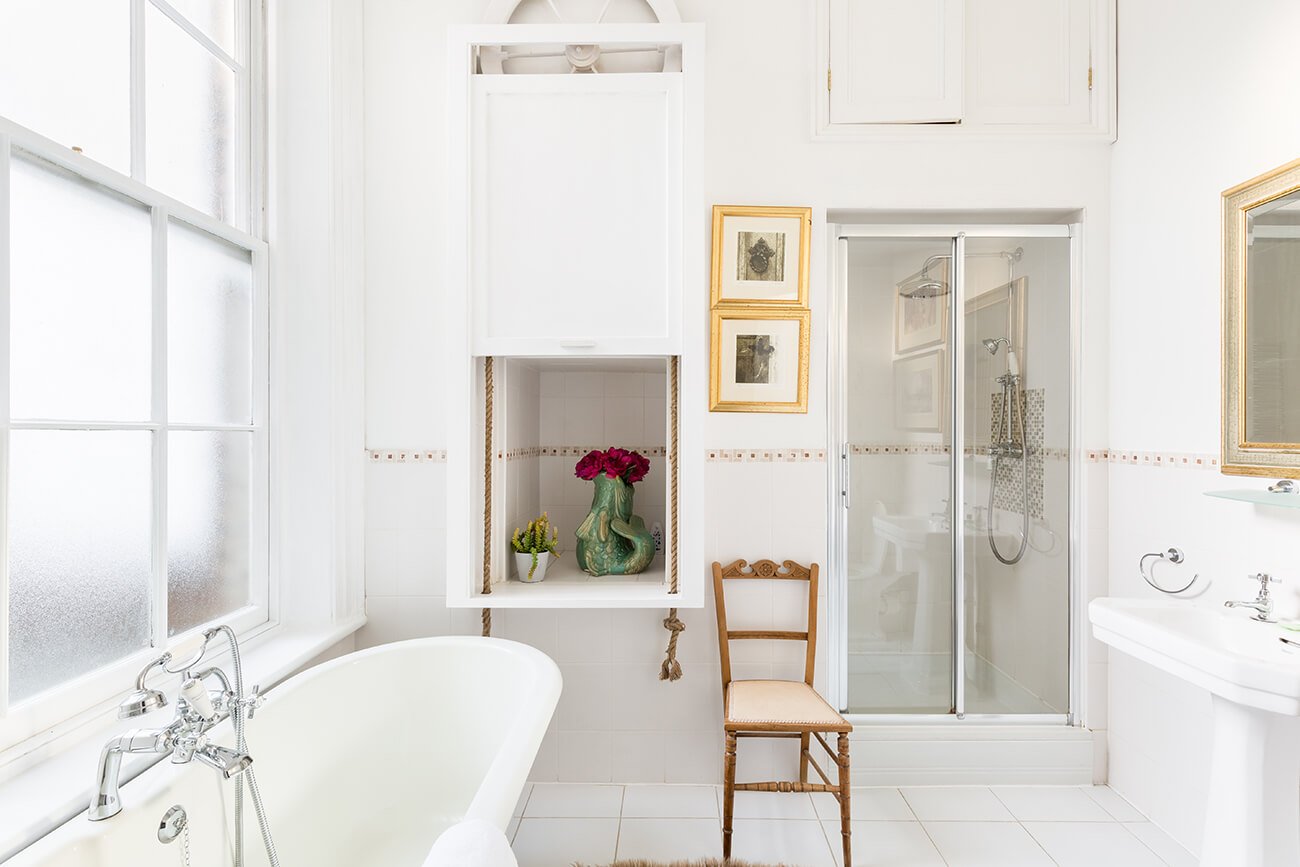 I spotted a rather long queue of customers outside Ye Old Restaurant and Fish Shoppe on Hare Lane. Gloucester’s oldest fish and chip restaurant, thought to date back to 1530, is of timber frame and brick construction under a tiled roof and features jettied upper floors with timber-framed bays and two early 19th-century three-light casement windows with glazing bars in openings with original sill rails. The property is listed as a building of special architectural interest with exposed beams and sloping floors, and I was absolutely enchanted.  I ordered the succulent cod and chips and a chilled glass of Chardonnay which was served with panache. 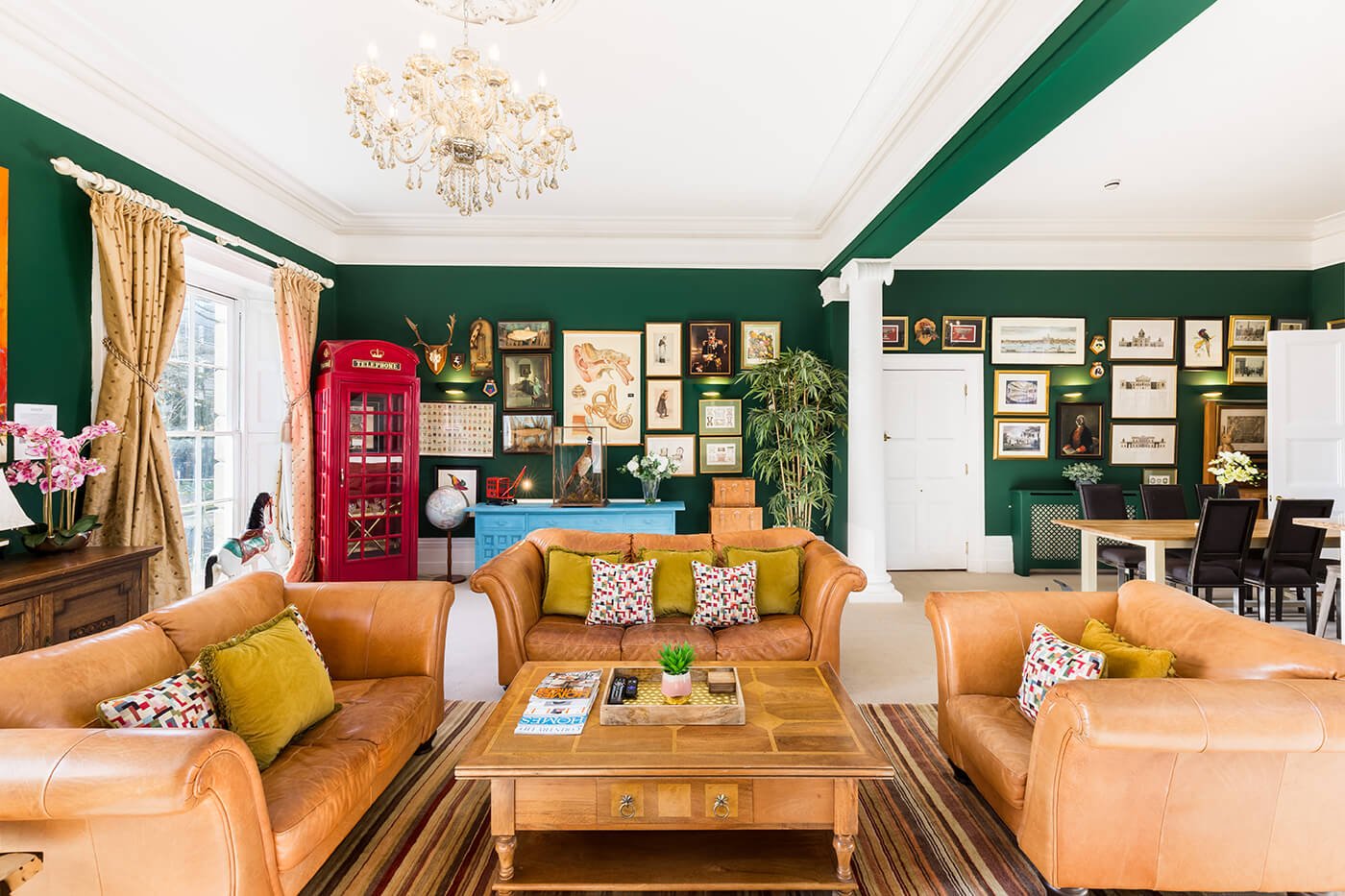 Up with the larks the following morning I made my way to Gloucester Museum, located on Brunswick Road. Exhibitions include the popular Titanic Honour and Glory, which presents an extensive collection of artifacts including the personal belongings of Titanic’s passengers and crew and examples of in-memoriam tributes dating back to April 1912, when the tragic event unfolded. Exhibits include an Edwardian cotton nightgown, which belonged to Margaret Welles Baron Swift, a first-class passenger onboard the doomed liner. Margaret was wearing the nightgown when she escaped. My eyes were also drawn to a silver pocket watch, which stopped at 02.28 hrs, the moment it entered the freezing waters of the North Atlantic Ocean. The watch was recovered from an unknown victim who was buried at sea. I also noticed a silver cup, dated August 1911, which was presented to Titanic’s Captain Edward John Smith, in recognition of 25 years’ service with the White Star Line. 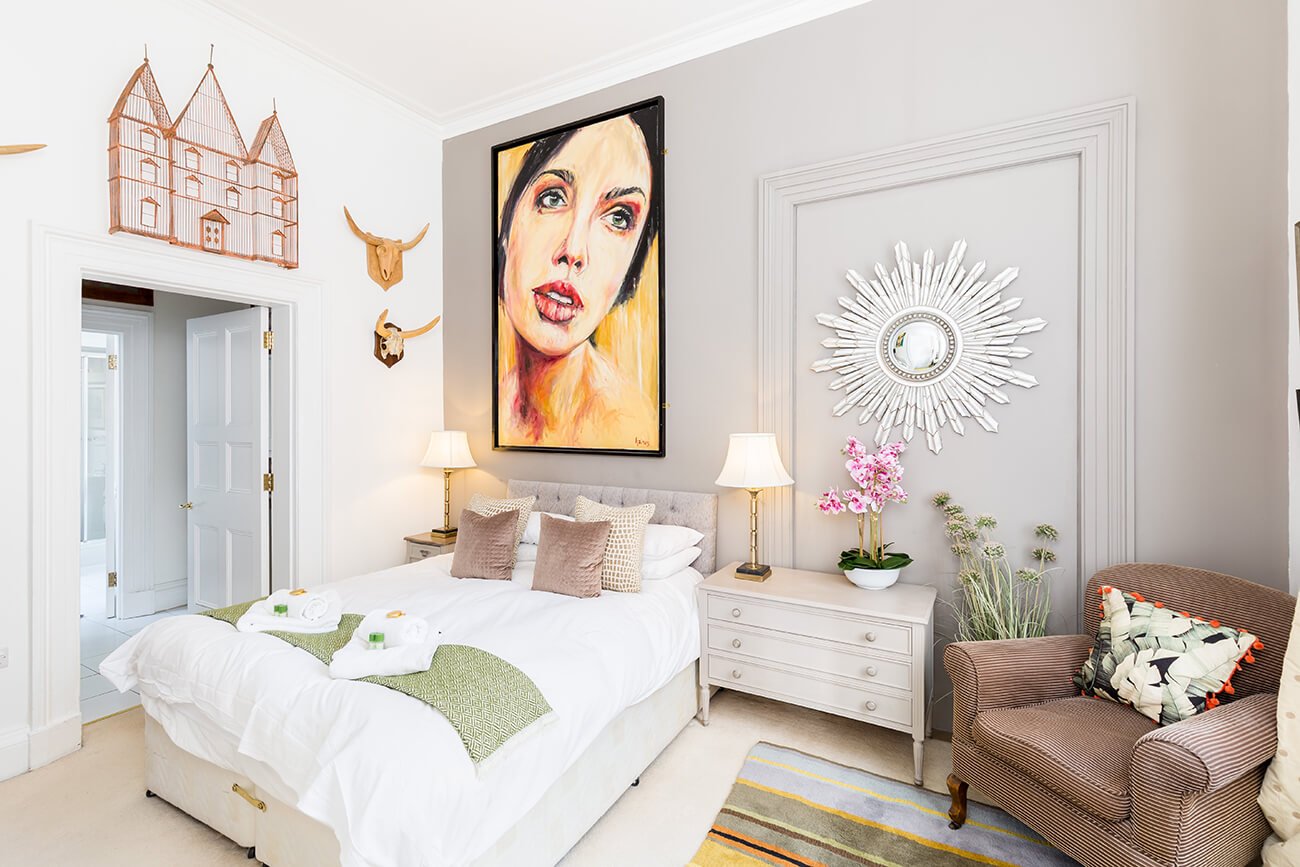 After viewing the collection, I emerged from the museum, the clouds had dispersed, and the sun was shining. I opted for a leisurely stroll around Gloucester’s port, the most inland port throughout the U.K. In 1580 Elizabeth I granted Gloucester’s port Royal Port status and that opened up trade links with the rest of the world. The port is linked to the Severn Estuary through the Gloucester and Sharpness Canal, which opened in 1827. Roaming around, I spotted Gloucester Quays, which is crammed with designer shops and outlets. Weighed down with bags of goodies and with a dent in my credit card, I felt a little hot under the collar and headed for the Coal Kitchen on Merchant’s Road, which offers waterfront dining. I ordered the succulent chicken shish skewers with flatbread and salad garnish, and a chilled glass of Pinot Grigio, which was served with flair, and as I watched a small boat sailing by, I held my glass aloft and made a toast to my mini break in the glorious city of Gloucester. 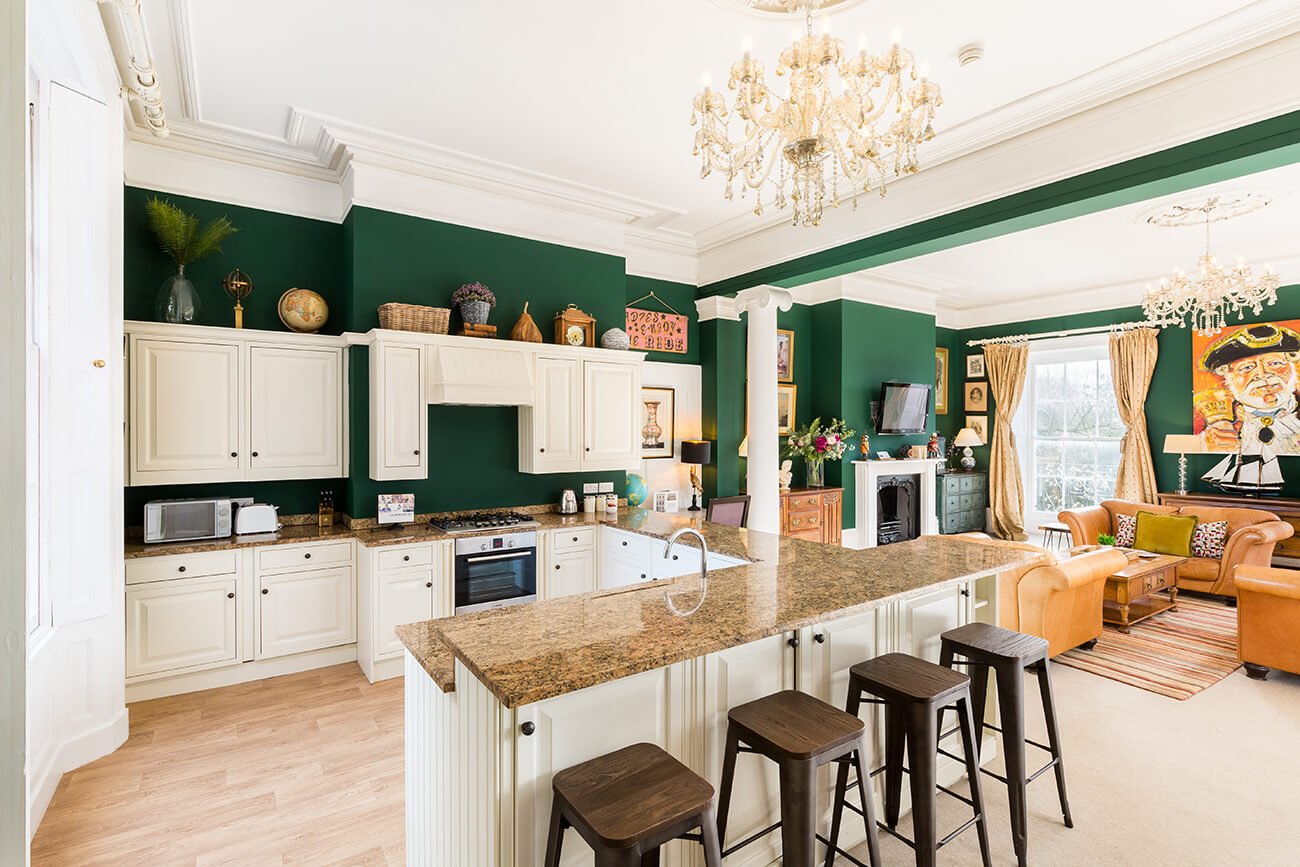 Avoid the roads and travel in style and comfort with Great Western Railway direct from London Paddington to Gloucester from £18.90 and only 1 hour 46 minutes. For more information visit gwr.com

For more information on the Gloucester Museum and Titanic – Honor, and Glory (runs until 29 September) visit museumofgloucester.co.uk 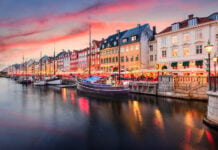 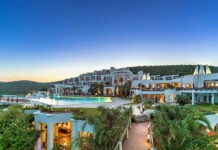