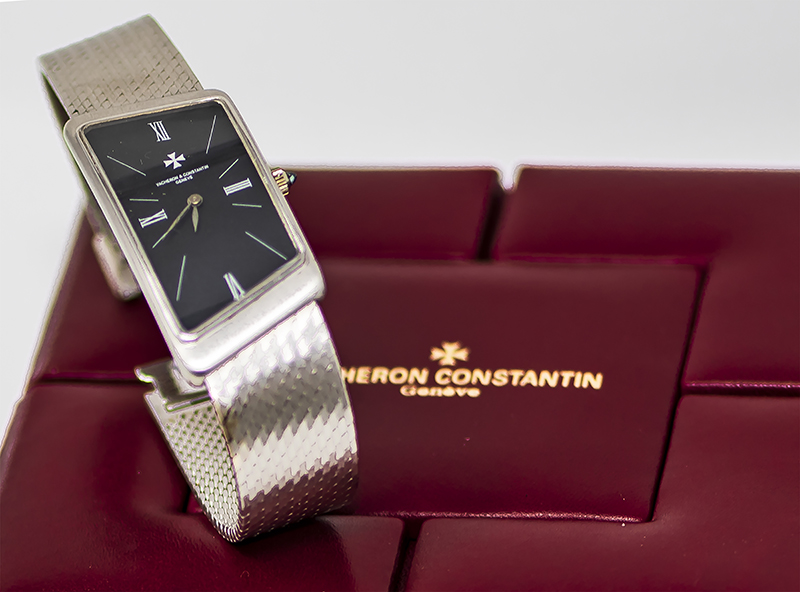 Growing, “Old”: The Steady Rise of the Vintage Watch Market

If you were a middle-class child growing up in the seventies, the chances are that at some point your parents purchased items for you from your local thrift store. Maybe it was something as practical as what they referred to as “play clothes.” Or perhaps it was a more significant purchase like a gently used bicycle or a desk on which you could do your homework. But no matter the item or cost, you likely thought what many Gen-X kids thought: “When I grow up and have a job of my own, I will never buy anything used again.” Then along came the second decade of the 2000s, the popularity of the social media phenomenon known as Instagram, and an amalgam of information available on the internet, and all of those reservations you had about buying something old or pre-owned went out the window.

“There are a variety of reasons why we have seen such massive growth and interest in vintage watches, and social media – particularly Instagram – is certainly one of them,” states Eric Wind, former vice president of Christie’s Watches, U.S., and founder of Wind Vintage, which specializes in sourcing rare, vintage timepieces. “Many current collectors have gotten excited by beautiful vintage watches they’ve seen on Instagram and decided they wanted to acquire one for themselves. These types of watches started to become more mainstream in the last seven or eight years, with particular turbocharging of the market over the last three years, largely because of social media.”

Time, in an Instant

Typing the hashtag “#vintagewatches” into an Instagram page’s search section will pull up nearly 440,000 results. Instagram accounts such as the famous “@watchfred” showcase a variety of vintage timepieces in a plethora of styles and brands just for the sake of it, while statements like @vintagewatchcollective and @vintagewatchesonly are in the market to buy and sell. But who exactly is their customer?

“I have met vintage watch collectors who are teenagers, and I’ve met some in their eighties, but I feel vintage watches have found a particular resonance with men between the ages of twenty and forty,” Wind states. “Speaking from my own experience as someone in his 30s, I grew up with so many digital things in my life, but when I inherited my grandfather’s Hamilton watch when I was in college, I realized that seeing a timepiece powered by a series of small parts without any battery was mind-blowing.”

Just for Men, Or Are They?

While Wind feels the vintage watch market is still very much dominated by male buyers (95% of his clients are men purchasing for themselves), he hopes he can help change that number. “I recently helped singers Aly and AJ find beautiful vintage watches (a gold OMEGA and gold Audemars Piguet, respectively), which they have been wearing during their current tour. In general, I think women need a place they can try on great vintage watches and style them from a fashion perspective. Still, since that doesn’t exist, women often opt for new watches from Rolex, Cartier, Jaeger-LeCoultre, and others.”

Jason Nichinson, co-president of the rare vintage watch and clock purveyor Ye Olde Timekeepers, believes that collectors of gem-set vintage watches – who frequently are women – look for particular criteria. “I believe there is a mutual appreciation by both collectors of watches and also people who collect jewelry,” says Nichinson. “Many collectors of gem-set timepieces may seek out elements of innovation and technological advancements on the exterior of the case, whereas a traditional vintage watch collector may seek those same characteristics internally. But timepiece collectors are widening their perspectives as they attempt to expand their collections to include gem-set pieces, given their obvious advantages.”

Beyond the Crown and Cross

Auction houses such as Christie’s, Sotheby’s, and Phillips have also aided in bringing the interest in vintage timepieces up a notch by allowing bidders and members of the press to use programs like Facebook Live while auctions are going on. There isn’t a watch lover in existence who doesn’t remember the now-famous Phillips 2017 auction of Paul Newman’s own Rolex Daytona, and likely because they watched it happen in real-time on some form of social media. But do vintage watch sellers and auction houses only operate successfully if their inventories contain Rolex and Patek Philippe? Or are there other brands on the verge of a vintage boom? “I hesitate to name brands that I think are going to become hot,” said Wind. “Over the last few years, we have seen too much speculation for certain brands, which led to bubbles that then burst once the speculators became scared or lost interest. But we have certainly seen increased interest in the vintage side for brands like OMEGA, Longines, Heuer (the predecessor of TAG Heuer), Breitling, Universal Geneve, and Movado. Independents are also becoming trophies that collectors have begun fighting for at auction, particularly Philippe Dufour, Roger Smith, F.P. Journe, and Kari Voutilainen. We see record-setting prices, often significantly above the original retail price a client paid, for special models from these watchmakers, which I’m thrilled to see.”

Nichinson was less hesitant in naming the brands he thinks will become more and more sought after. “If I were forced to answer solely based on the price and value points which vintage watch brands traditionally command at auction, on the men’s side, I’d have to say Vacheron Constantin, which I feel is one of the most influential and innovative watch manufacturers out there, regardless.” And when asked which brand he felt would be of interest to the women vintage collectors of the world, he replied, “I would have to say Cartier, hands down. There is no other brand like Cartier, although that being said, I feel as though what Piaget is doing today is going to result in that brand becoming even more collectible in the future.”

But what does it all mean for the everyday wearer of their grandfather’s watch? For now, it merely means it would be a good idea to keep it in the family.