One of the East Coast’s most historic properties, with ties to the founding of the Quaker religion and a young Benjamin Franklin, the Riverstone Estate in Foxburg, Pennsylvania is for sale. The town is named after James Fox, brother of Quaker-founder George Fox who purchased 5,000 acres from William Penn (the State of Pennsylvania is named after the Penn family) in 1685. The Fox family had vast investments, business holdings and wealth and employed hundreds including Benjamin Franklin as a young accountant. In the early 1800s, the Fox family began to build their extensive homestead legacy at the confluence of the Clarion and Allegheny Rivers in western Pennsylvania as their summer home from their native Philadelphia. In 1828, the original section of the five-bedroom family mansion began construction built of sandstone from the property’s land taking eight years to complete.  More additions and renovations to the home were added in 1845, 1877, 1910 and 2002 to include four powder rooms, wine cellar, conservatory, music room, 17 fireplaces, an English-style pub. Between the Fox family and more current owners, the entire estate on six miles of river frontage totals 26 structures with several more homes, one-of-a-kind carriage house, greenhouse, timber-stone cottage, chicken house, sugar house for the estate’s maple syrup, equestrian center, several barns including a sheep and an alpaca barn, an aviary and the commonwealth’s first complete arboretum. The grounds are equally extensive with 23 ponds, onsite gray-stone walls, miles of trails and a cemetery where members of the Fox family are buried. The entire compound is priced at $15 million. 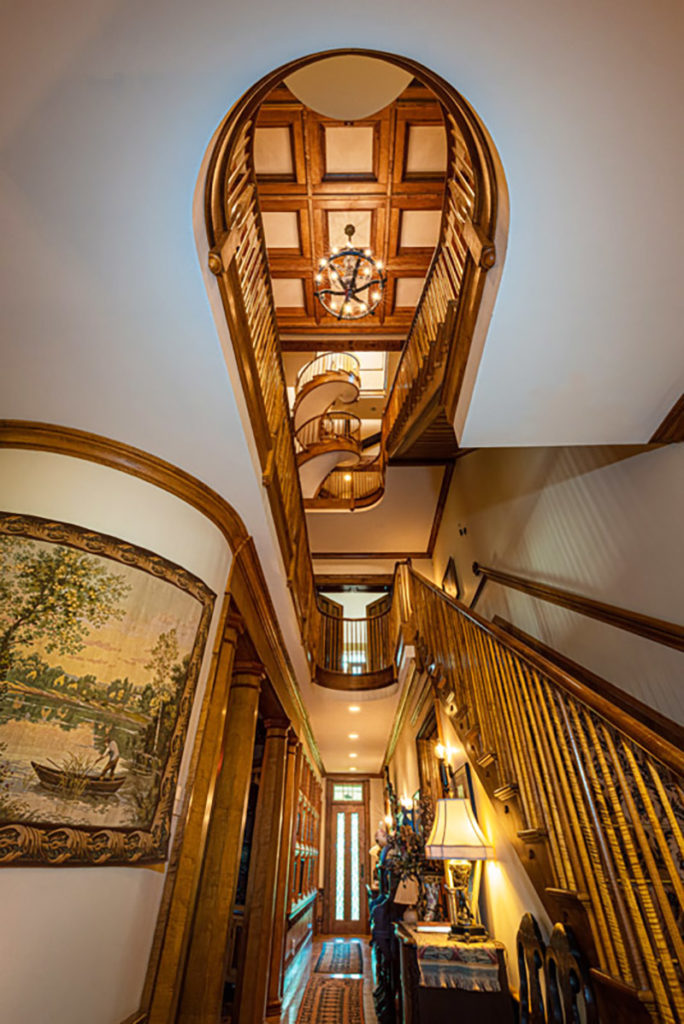 Throughout the 1800s and 1900s, the Fox family attained great wealth through oil, manufacturing, and politics, established the town church and library and the Foxburg Golf Club – the oldest continuously operated a golf course in the United States. The family continued to own the property until 1964 after which it passed through several owners, including a lumber company, until the current owners, an Ohio family, purchased the estate in 1996 who went on to expand the property even more. In 2002, the mansion was taken down to the bare stone walls and meticulously renovated and enlarged to include modern amenities and stunning interior and exterior architectural elements. The original dairy barns were converted to horse stables as part of the equestrian complex with the addition of a riding arena, two viewing rooms, vet space, horse showers, and two attached residences. 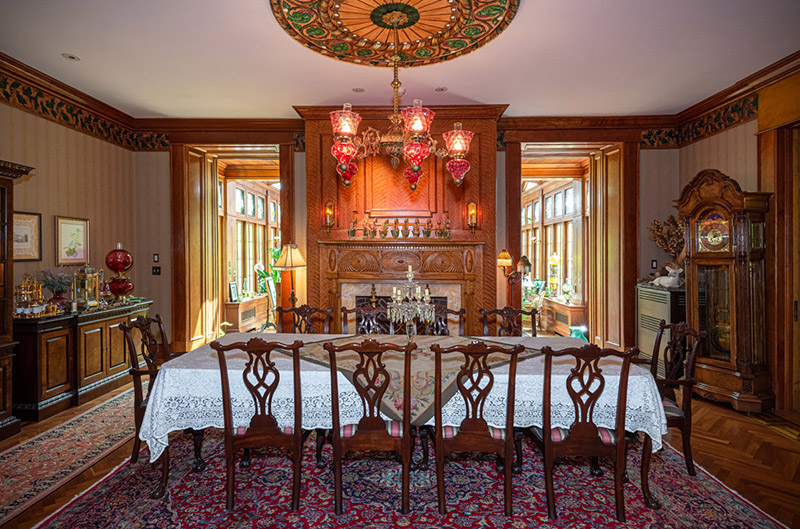 Located near I-80 and the Emlenton Municipal Airport, it no longer takes two weeks of an arduous journey over the Allegheny mountains to get to Philadelphia like it did the Fox family.  Foxburg is a charming riverfront historical town with restaurants, shops, library, and an art gallery. The Riverstone Estate is priced at $15 million. The listing agent is Randy Jelliff of Jelliff Auction and Realty, Wellsboro, Pennsylvania. 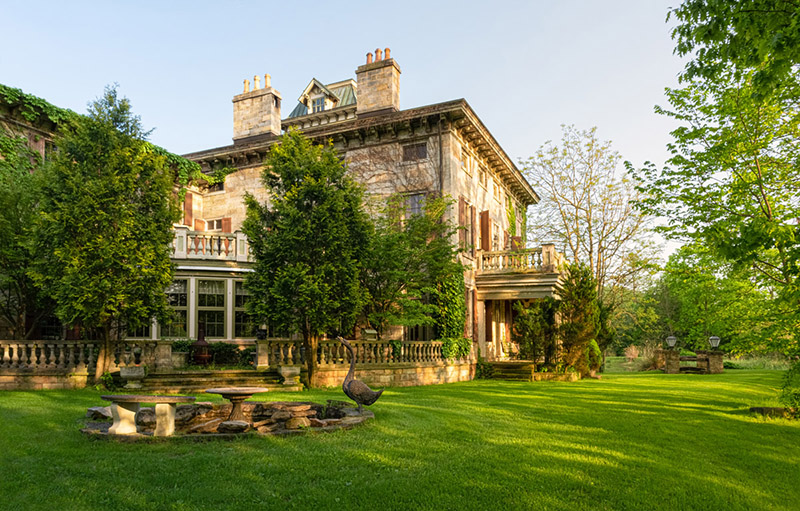