Dutch artist, Ingrid Baars did not set out to transform the art world, her only aim was to create images that not only inspired her but hopefully others as well. The unintentional implication of her work brings into being a deeper sense of consciousness, which is the proverbial paradigm that artists one day hope to achieve. Baars appreciation of modern surrealism is a repetitiously perceived in her work attracting the attention of the viewer by creating a deep sense of humanity. Her ongoing project ‘l’Afrique!’ is a fascinating glimpse into the diversity and richness of African cultural heritage. In this series, Baars use of photographic manipulation combined with her inspiration from African sculptures and real women to create a realm of unique and other worldly beauty. Incredibly powerful, her work bravely attempts to reveal the unwaveringly, beautiful form of the African woman while addressing perceptions of sexuality, femininity and objectification.

Is it important for you that your work is not just for an art audience, but builds bridges to a wider audience?
I guess it is, I’m always moved when my art truly touches someone’s soul and to me it doesn’t matter who that person is, whether it’s someone from the art-scene or someone who knows nothing about art.

From where do you draw your inspiration?
Beauty; beauty is to be found everywhere.

Is there someone you’ve always wanted to collaborate with for one of your artworks?
There’s a model that keeps surprising me with her beauty, Ajak Deng. An incredible face. And I would very much love to portray Beyoncé one day. 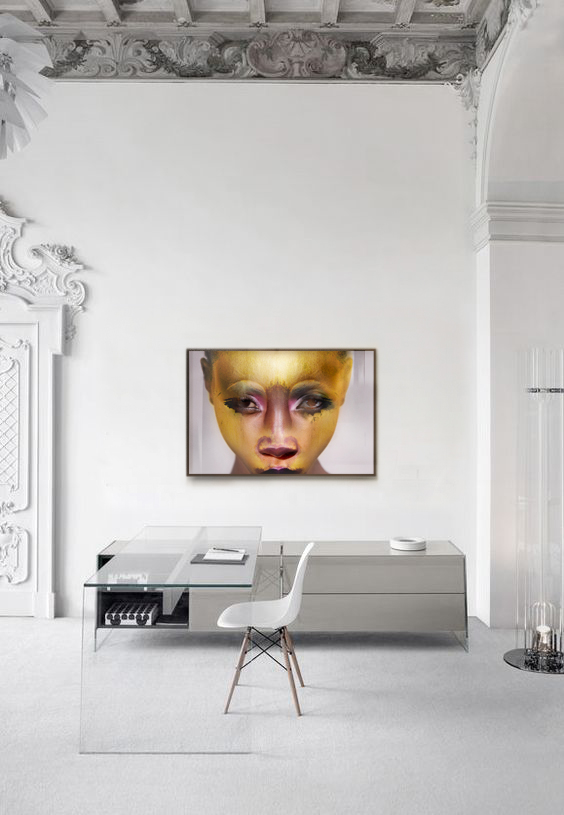 Would you ever do a self-portrait?
I never made a self-portrait and I probably never will. I’m ok with how I look but I don’t find my features very inspiring to work with. On the other hand you could say that all my works are self-portraits. There is a lot of my soul to be found in every piece.

Do you have any role models or people who influenced you?
I have never had any role models but especially when I was much younger there were artists, fashion designers, illustrators and musicians I admired and definitely influenced me. One of them is Bjork for example and the photo manipulations in the early work of Inez van Lamsweerde. I really loved Jean Paul Gaultier and Vivienne Westwood and I adored Alexander McQueen. People always think I was inspired by the work of Guy Bourdin and of course I’ve seen the work and loved it but he wasn’t a role model. Pierre & Gilles were more important to me. 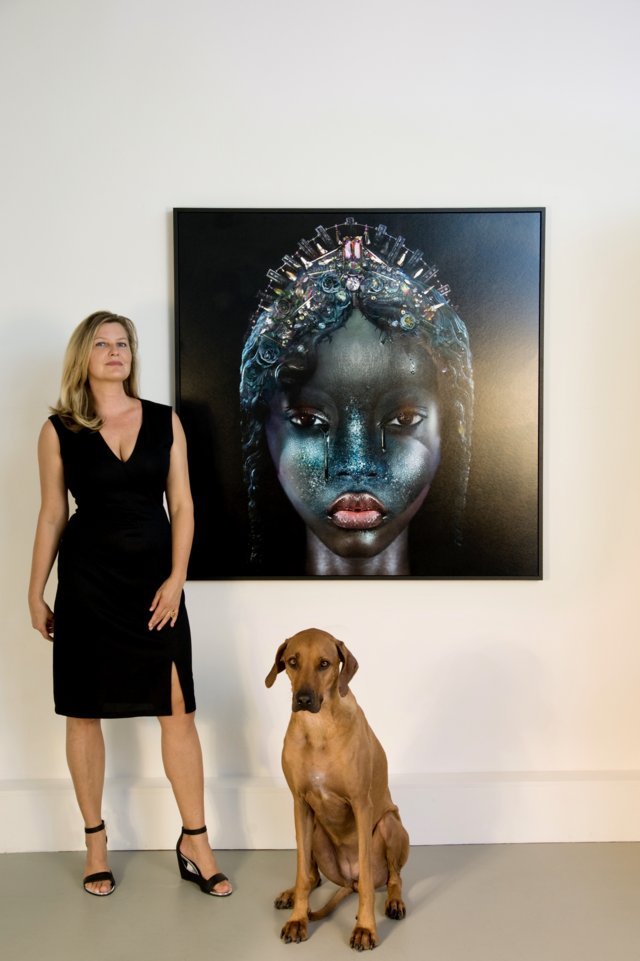 What drew you to a digital mixed-medium?
When I was still on the academy of arts I drew a lot but slowly by slowly, I picked up on making collages. Back in those days, in the early nineties I did everything with scissors, knife and spray-glue…I made tons of copies from photos that I either took myself or found in books I borrowed at the library and then I made these collages. It was a very logical step for me to switch to a Mac with seemingly endless possibilities. I was so very excited with my first steps into digital manipulation, I felt in heaven.

When did you first discover your passion and talent for art?
When I was a kid I always loved to draw and if I wasn’t drawing I made stuff out of clay… I drew girls and clayed animal figures. People told me I was good at it so I was pretty confident this was my ‘thing’. But I guess I felt truly ‘passionate’ and excited for the first time when I took up photography at 16 or 17 years old. I took pictures of girlfriends and my mom who was a model at the time. About the same time I started at the academy of arts and felt extremely passionate about drawing live nude models. Both photography as well as drawing felt magical and I remember the intense focus that I experienced. Even then, artistically, I was only interested in the female physique.

How has your art progressed over time?
I guess at the center of my work there always has been the technique of collage but in earlier works it’s still very obvious that it’s indeed a collage. I used to work with very strong transitions.
When I started with my African series I decided I wanted to make more sculptural work …, pieces that could be perceived as ‘real’. It doesn’t work to leave strong traces of cuts, it wouldn’t look natural.
Also the last years I started to focus more and more on details and details into details…really closer and closer. When I first started exhibiting, more the 15 years ago I remember it was much easier to please myself. I wasn’t the perfectionist I am now, my way of working was much more rough, I worked very fast, sometimes I made 4 or 5 images in a week where nowadays I work on one single piece for about a month. 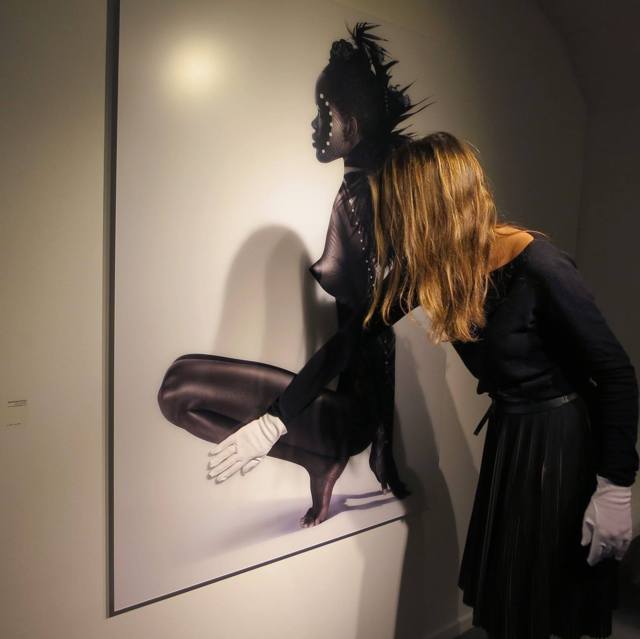 Among your incredible portfolio of work, strong women are featured prominently. How did these powerful and influential women become your focal?
Women have always been my subject. I’m not interested in portraying men. When I was little I drew princesses, not princes. I think it has everything to do with the fact that what I express in my art is what I am. I am a woman, obviously. I see myself as a woman who is both strong as well as vulnerable. My work is both strong and vulnerable…I am both extravert and introvert. My work is extravert as well as introvert. It will always be women and girls I’m absolutely certain. For this African series I focused on women of African descent. First of all because I’m highly inspired my the strong features and beautiful skin tones but also because I’m not black myself which gives me the benefit of creating out of wonder, giving me much more room to investigate and search.

How do you feel that by giving these beautiful images a platform has added to a much-needed dialogue of an underrepresented community? Are they meant to be thought-provoking to open up this dialogue?
When I first started with this series my images weren’t really intended to open up a dialogue but it’s something that gradually entered my work in part through a very positive response from this underrepresented community. I nurtured this upcoming awareness and it got me going in a direction where my art intersected with this much-needed dialogue and I love for my images to play a role in this respect. I like the thought-provoking bit.
At the same time I don’t tend to think of my audience, I dig into my own soul and I can work in a trance where there is no thoughts on the social or political aspects of my work. I know it’s there though.

Would you call yourself a feminist? Why?
If you mean that a feminist is someone who believes and strives for equal rights and opportunities for men and women then Yes of course I’m a feminist.

Talk us through your artistic process from concept to creation:
It’s never quite the same process, it differs a lot. I always work on several images at the same time. I usually have an idea but along the process it changes a lot. I think it’s important to keep my senses open and be open to drastic changes and experiments along the way. I have a huge archive of folders where I keep all kinds of pictures of stuff that interests me and an enormous amount of raw shots I took of models and African sculptures.
I go through these endless amounts of pictures of models and search for the ‘diamonds’, the ‘treasures’ lips, eyes and so on, and then start to build a face or a body. My work is build from many, many layers and in the end looks as if I just shot the model in one take but that is certainly not the case. 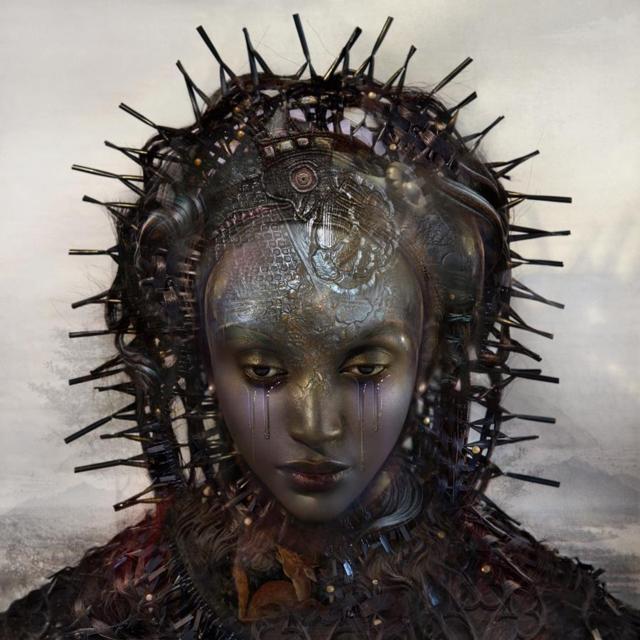 What can we expect from Ingrid Baars in the future?
For now I’m still working on this African series and I do not have an ending planned. I still have many angles I wish to explore. As far as my upcoming shows are concerned: Currently I’m exhibiting in Mykonos as a part of a summer group show, at the same time my work will be seen at Art Seattle and in September 2018 I have a solo show in Barcelona. In October 2018 I will exhibit 20 selected portraits at Photo Beijing Art Fair. We are working on shows in South and West Africa for 2019.

What social ramifications do you feel that art has on society?
I would love to see more ramifications of art on society but I do believe that there can be a strong influence as images can talk and convey messages without a spoken word. The imagery in churches from the middle ages onwards instructed the illiterate. In West-African believes the imagery fulfills multiple roles in society much of them social. The artists of the Russian avant-garde in the early 20th century tried to change the social system with their art. I can only hope that my work exudes that for which I intended it.

What would be your dream project?
I don’t have a specific dream project, I’m just happy to have the freedom to create what I want to. 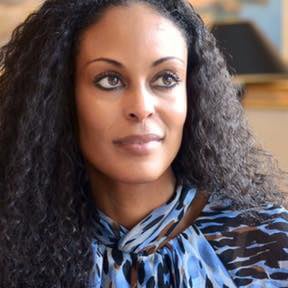 Deve Sanford
Influenced by her international upbringing and travels, the importance of being culturally aware resonated with Deve at an early age and continues to lead her down her career path. After receiving her degree from Southern Methodist University in Fine Art, Foreign Language, and Business, Deve has worked in various career sectors and is currently a partner in a thriving international distribution company and actively curates art exhibitions worldwide.
Previous article3 Home Design Essentials for a Luxury Vibe
Next articleArtist Tom Bushnell, Experimenting with Color and Texture