Most of the prehistoric Acipenser family members have now defected to the West from the Caspian, Black, and Azov seas. Many are currently thriving in Italy. 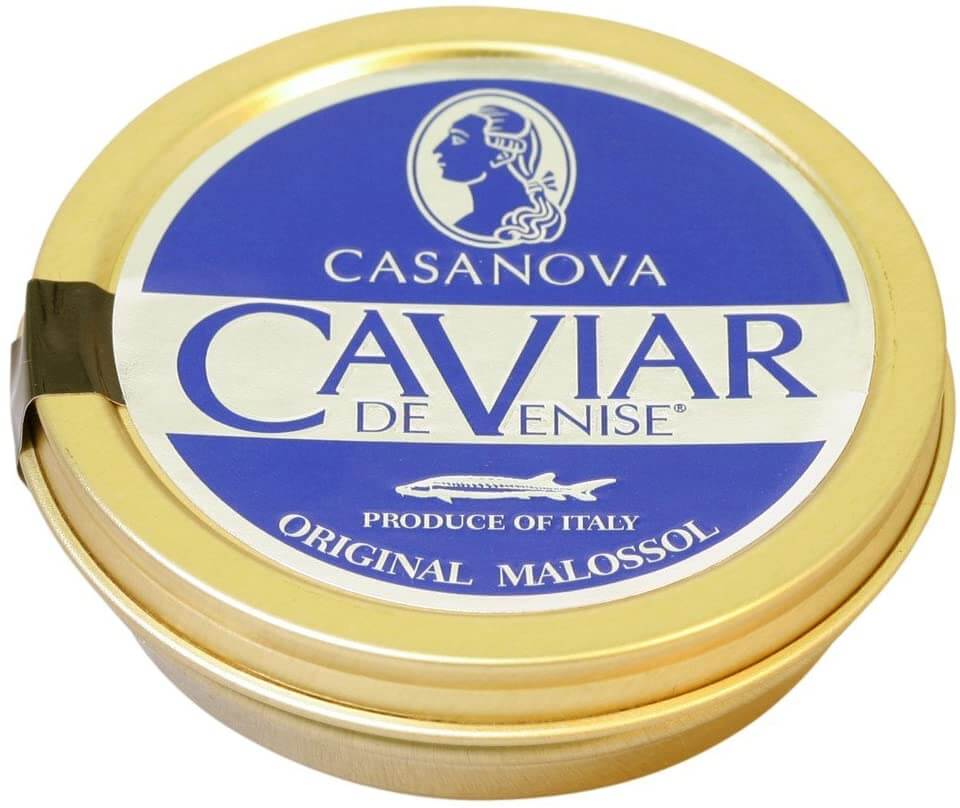 River sturgeon (“attilo”)  was a gourmet item during the Renaissance. Caviar was Casanova’s favorite source of zinc and source of optimal blood flow. In 1753, a diplomatic war broke out between the Papal States governing the Ferrara region and the Venetian Republic about sturgeon fishing rights in the River Po.

In 1557 hristofaro di Messisbugo, Scalco of the Duke Alfonso I° at the Este Court in Ferrara, published a recipe “Caviaro per mangiare, fresco, per salvare.” Just after the Second World War, a Jewish cook named  Benvenuta Ascoli opened a delicatessen shop named Nuta.  From here, “La Signora del Caviale” sold and exported “Ferrara Caviar” until she fled the country,  and her assistant Bianconi and his wife Matilde Pulga took over the business. The recipe was rescued by a local, Roberto Brighent, after his research led him to the Jewish community of New York. 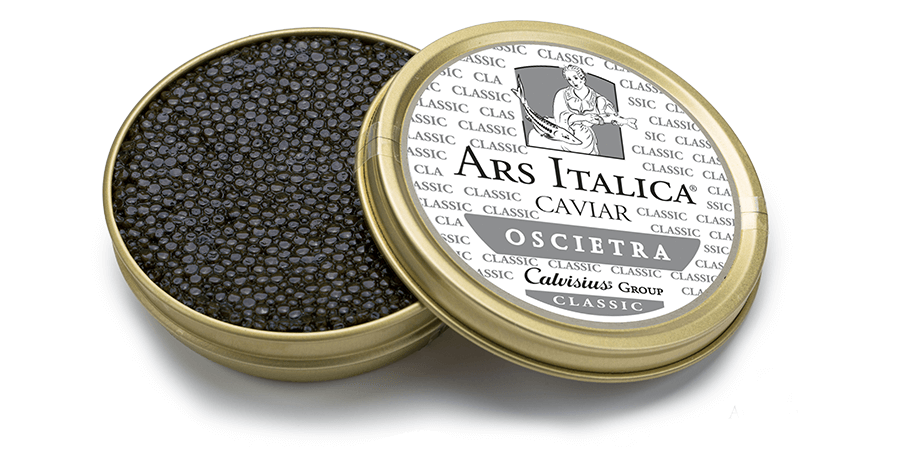 Rodolfo Giaveri opened his eel farm in 1979.  In 2009 he built a sturgeon processing plant. Based on the river Meolo, a tributary of the Piave, it is a family business and passion shared with his wife,  Lorena, and daughters Jenny, Glada, and Joys. The master caviar master is Franco Fontebasso, who studied under Russian and Iranian experts. They have twenty-four sturgeon ponds. The family was formerly cheese-makers.

The world’s largest caviar farm-producing 25 tons ( 15% of world production ) Agroittica Lombarda in Calvisano, in Brescia. Sturgeon farming was introduced in Italy in 1981 when white sturgeons were imported from the US, thanks to the University of California Davis. There is another farm in Calvisano. Between them, they produce 28 tons of caviar p per year. Their most expensive caviar, Beluga, costs $5,700 per kilogram. 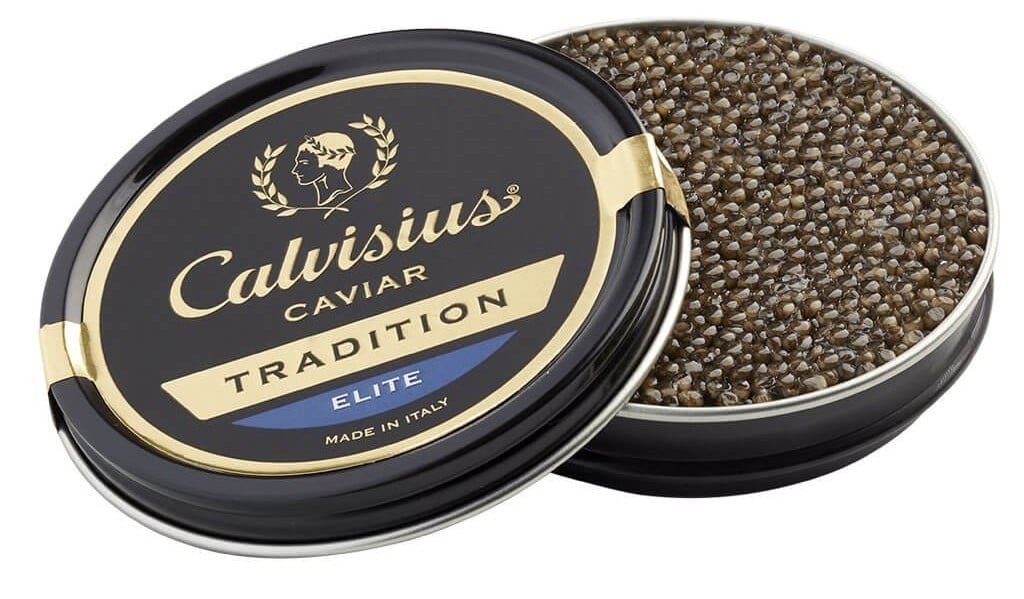 The Ars Italica’s farm is home to 300,000 sturgeons, which spend their first years in indoor incubators with well water and are then moved to an outdoor water supply fed with resin water. Sturgeons take from eight to 20 years to produce their eggs, depending on their species. Beluga – the most expensive- takes 20 years to mature. The top-of-the-line is Imperial grade.  27 species of sturgeons exist in nature. According to the WWF, s 85% of wild sturgeon is on the brink of extinction. Regulations have been in place since 1998, banning wild caviar trade and fishing. Thus the rise in aquaculture farms.

The Italian company produces Calvisius and Calvisius Elite in the traditional  Russian “malossol” (low salt) way. Farmed sturgeon doesn’t need to be preserved as it can be caught and processed all year round. The Oscietra Classic Russian Sturgeon Caviar is characterized by a firm, large-grain egg, dark brown color with a golden hue, and a rich, nutty, creamy flavor. It is cultivated from the Acipenser Gueldenstaedti, an ancient species now flourishing thanks to Italy’s successful conservation efforts. The Caviar de Venise®, Adriatic Siberian Sturgeon Caviar is slightly smaller than the White Sturgeon and Oscietra. 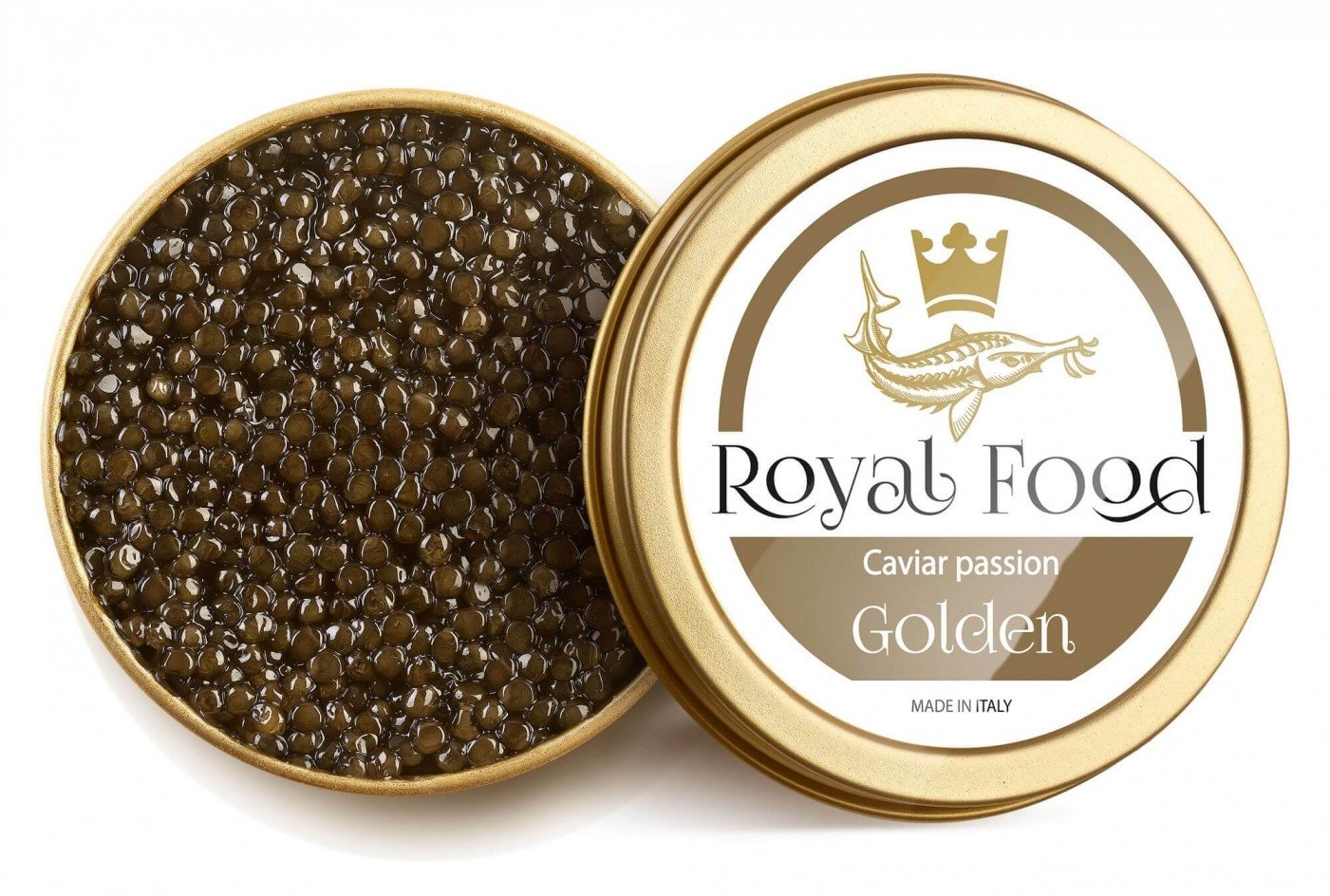 Carlo Dalla Rosa, a doctor of Animal Production Sciences, and his wife Nancy D’Aiuto oversee the egg-to-egg business. Says Nancy:”Our breeding water comes from natural water sources of the Italian pre-Alps; this gives us a great quality advantage because it allows continuous water recycle which reproduces natural conditions at the perfect temperature. The quality of life enjoyed by the sturgeon also makes a difference to the final product.’’

During the Renaissance and trading relations between the Venetian Republic and the Byzantine Empire, caviar was introduced into Italian gastronomy. The first recipe with “caviale “appears in 1475 in the collection “De Honesta Voluptate et Valetudine” by Platina/Bartolomeo Sacchi.  Chefs now use caviar in many gastronomic ways. In Italy, they cook Italian-born caviar in spaghetti and risotto.

Kevin Pilley
Previous articleDistinctive Gin from Israeli, The Land of Milk & Honey
Next articleGabrielle Anwar, Life is too short not to laugh.