Home FEATURES KEFA Watches: A Watch That Is Owned Not Worn 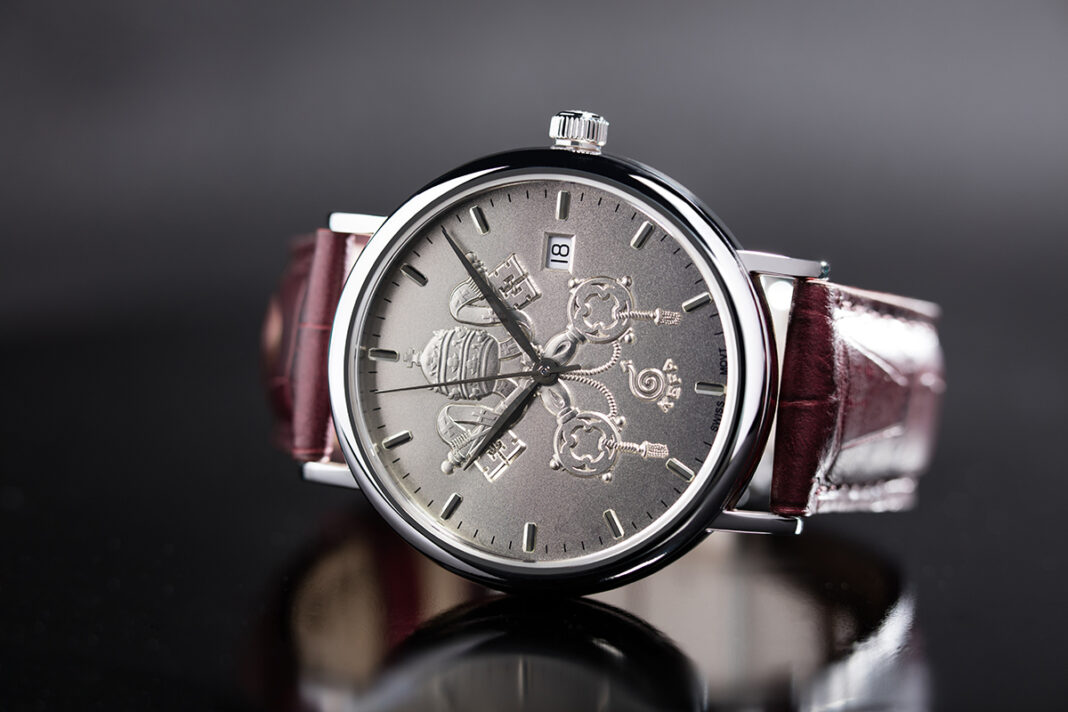 In Christian tradition, a young man named Peter, a fisherman by profession, was chosen by Jesus for a special duty, to become an apostle and, afterward, the first of the Popes. Peter left his fishing nets to pursue a higher purpose. Inspired by this story, Carmelo Caruso and Gianluigi Di Lorenzo conceived an idea two years ago. Watches are a profoundly personal accessory for all genders to adorn. With some more complex and expensive than the other, every watch has a purpose of fulfilling. The two co-founders worked tirelessly to bring about a watch that went above and beyond conventions and create something new, prestigious, and lasting, a watch that would stand out and make them proud – a distinctive and unique symbol that describes us as people! … KEFA Watches.

Born a few months ago was KEFA in Aramaic means both “Peter” and “Stone,” effectively laying the first stone of their brand. “Kefa was born from the passion for the way of watchmaking and stands out for the classic style of simple and Italian … Born with the aim of reconciling the spirit of enterprise with the higher value of solidarity Kefa allocates a part of its revenues to the charitable activities of the Foundation SCIENCE and FAITH STOQ. We wanted to create a product that could be distinguished in a world … that of the watches and that above all could be exclusive to a group of people who find themselves in it. We wanted to make more than just a timepiece… because a watch is not just a timepiece.” said, Co-founder of KEFA, Gianluigi Di Lorenzo. 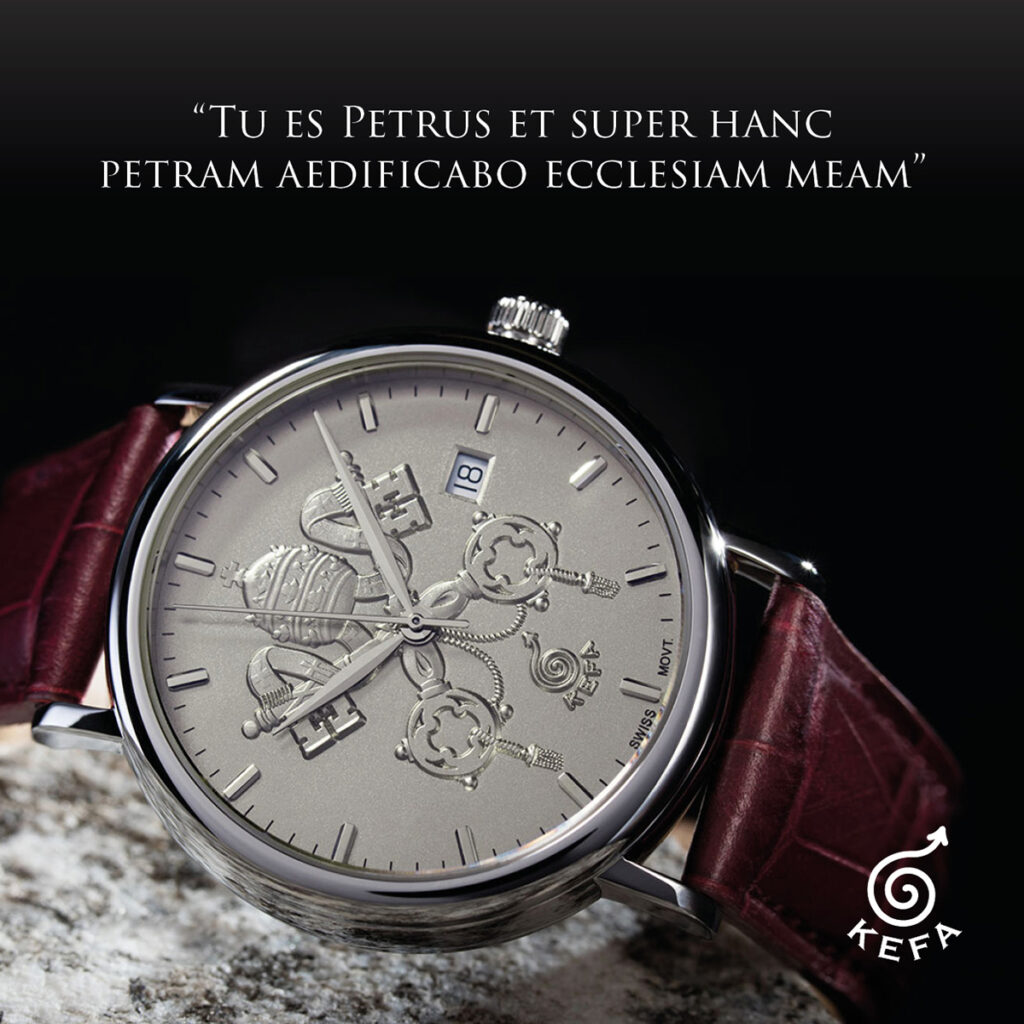 The name “KEFA” is profoundly significant. It is taken from the verse in the Gospel According to St. Matthew (Mt 16:18) where Jesus, with the famous phrase “Tu es Petrus, et super hanc petram, Aedificabo Ecclesiam mean…,” establishes the apostolic succession, the importance of Peter Vicar of Christ on Earth. 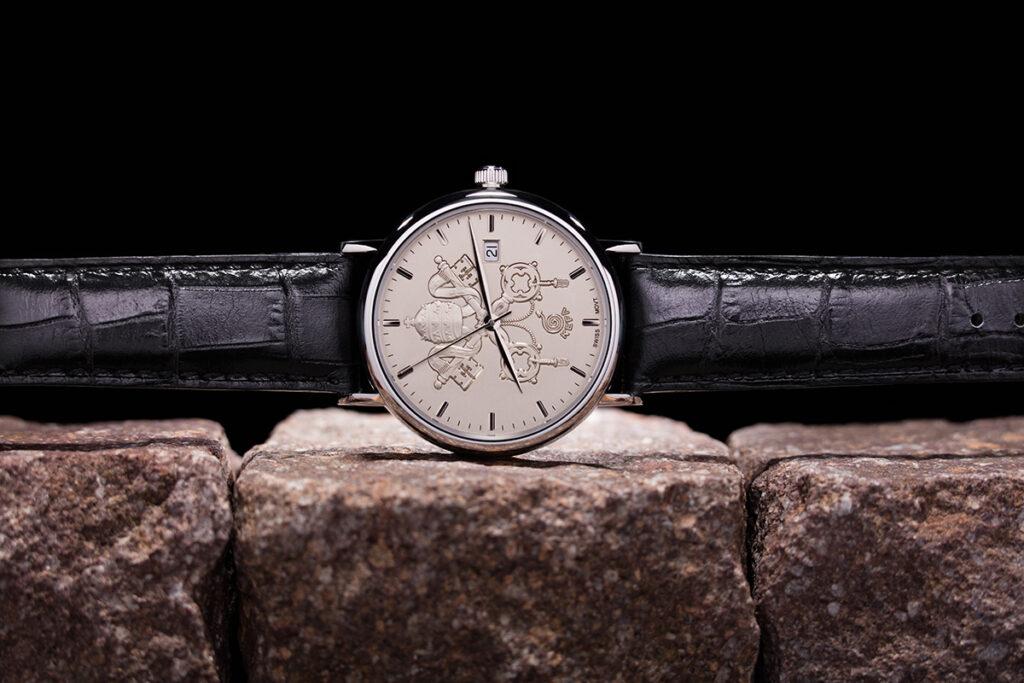 With the relentless competition in the watch industry, distinctive brand ethos and appeal is imperative. Kefa distinguishes itself from the rest of the market with its subtle yet thoughtful elements throughout its brand. For example, the brand’s logo is represented by a spiral with an escape route aiming upward, indicating the repetitive and troubled path of earthly life until the ascent towards the transcendent. 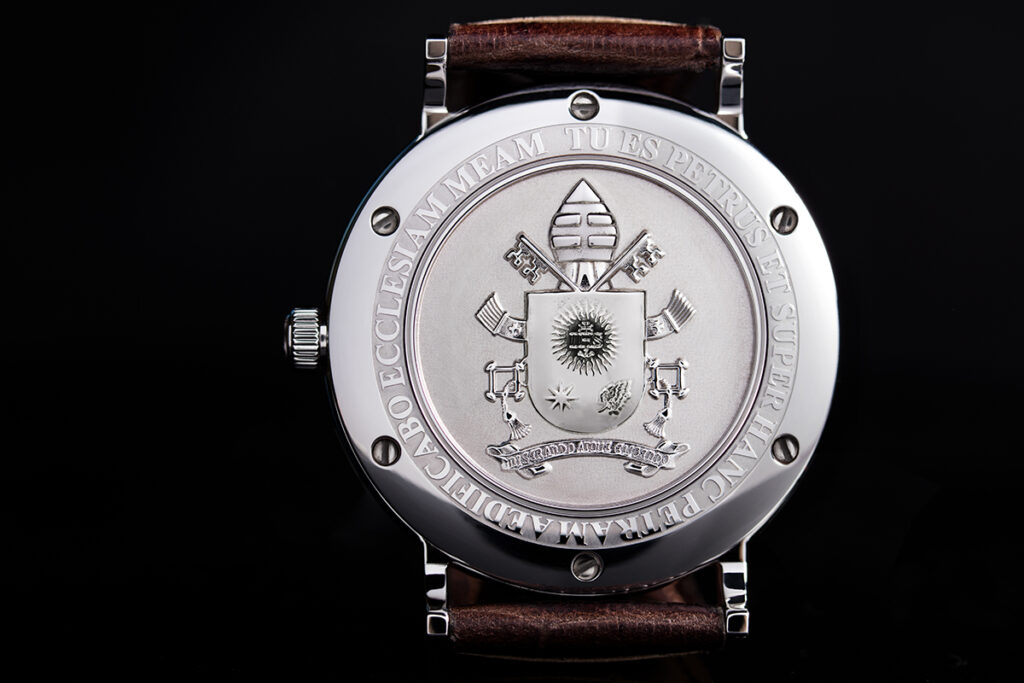 The brand’s first creation, the first stone is Petrus, a limited edition watch of only 2013 examples representing the year Pope Francis was elected.” Kefa, thanks to Petrus, the founding first-stone focusing on the exclusivity and uniqueness of symbols and values never represented before in a watch, points to the fact that a watch is much more than a time mark… A watch is something that characterizes the wearer. A watch can characterize entire groups of people.” Explained Di Lorenzo. 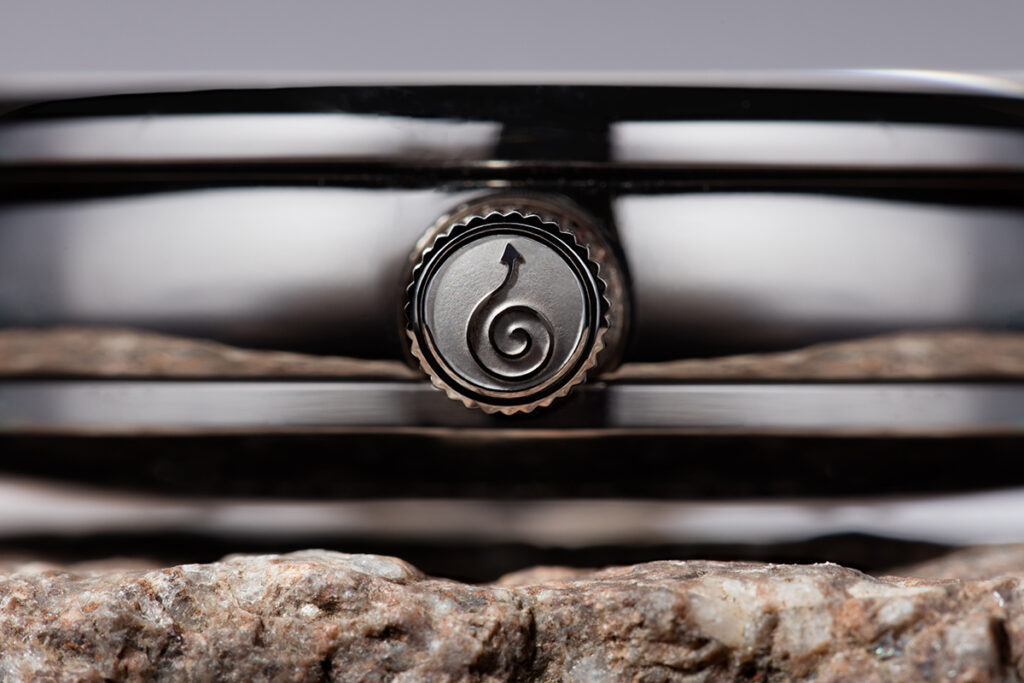 The first watch of the brand is a sight of beauty and artisanal craftsmanship. With the same faith and conviction, the brand has managed to merge in a single exclusive object, the excellence of Swiss watchmaking and typical Made in Italy style, with the millennial tradition of the Catholic Church and its current representative’s modernity Pope Francis.

A project originating in the deep reflections, the design of Petrus is classic and elegant lines obtained through the choice in the creation of a classic design with simple lines. “Petrus is the result of two fusions that of the dial and the case-back where they have represented respectively: the coat of arms of the state of Vatican City and the coat of arms of the Holy Father Pope Francis.” Mentioned Di Lorenzo.

The watch has a 44-hour reserve with a Swiss automatic STP-1-11 movement. The 39mm watch consists of sapphire glass and a 316L polished steel case back. The relief coat of arms and 12 applied hour markers and date at “3” create a cohesive aesthetic for the watch. The watch straps are made out of leather and coconut printed with a folding buckle. There are six colors available for the straps. The bottom adorns the relief crest tightened with six screws. With only  2013 unique and numbered examples of Petrus starts at 3,500 euros. 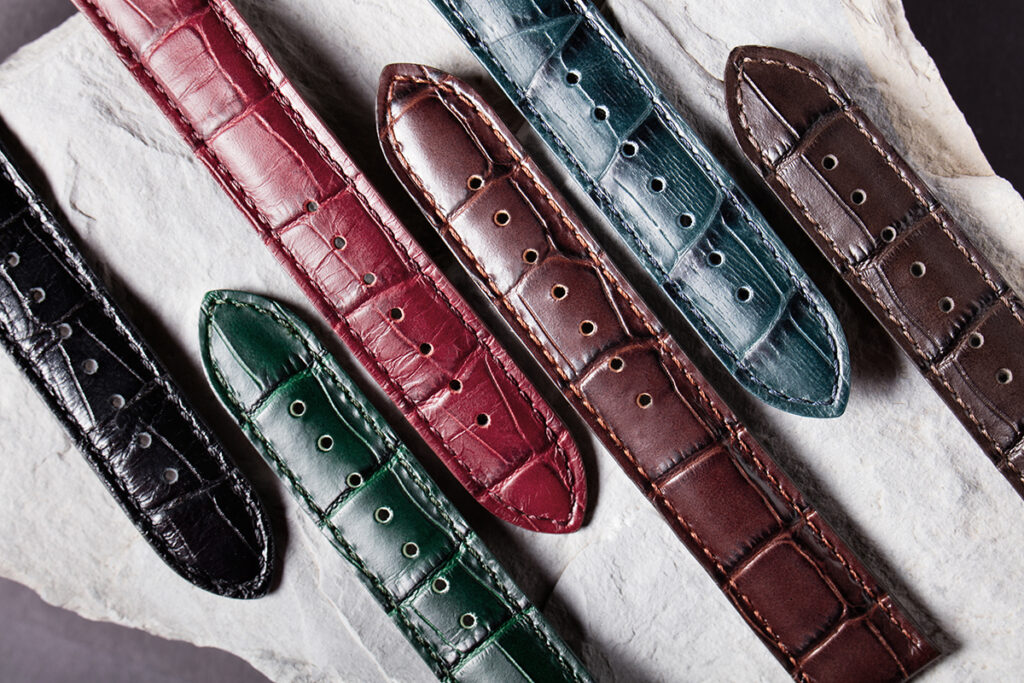 Holding the coat of arms of the Catholic capital comes with its own set of security. The exclusivity and authenticity of the watches are further expended by numbering every watch case XXXX/2013 and equipped with an electronic identity card. Through specific passwords, the electronic ID card allows the customer to complete the product’s registration with the company KEFA, activate the warranty and assistance, and thus avoid any possible counterfeiting. The registration of the product also starts the watch’s history that will develop along with its owner. 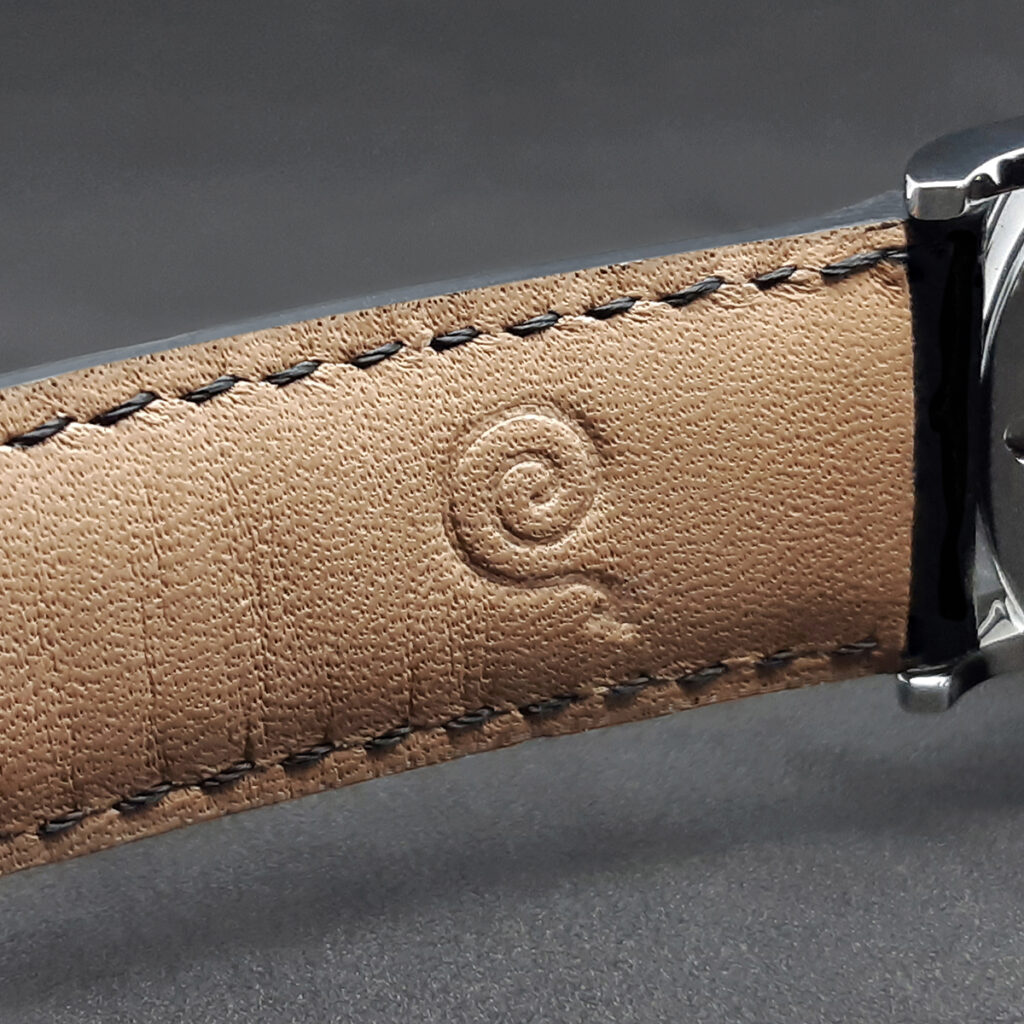 The brand has also created a club for all the owners of the Petrus watch: KEFA’S CLUB. “The Petrus clock becomes a reason for aggregation, cultural, social, the dream of creating a community that brings together and unites all those who in our project and our watch have found something personal so much that they have chosen it. A club that at least once a year – as soon as the pandemic leaves us – will recall in a special location in one of our cities in Italy or the Vatican all the owners of Petrus,” said Di Lorenzo.

Today there are smartwatches and mobile phones to indicate the exact time. An authentic watch is no longer just a timepiece; it’s a priced possession representing your personality! 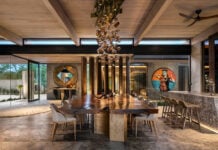 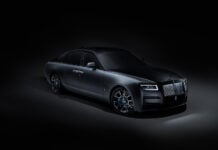 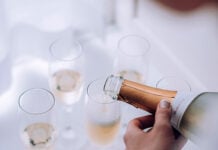