The 2017 LaFerrari Aperta, a new limited-edition special series from Ferrari

The 2017 LaFerrari Aperta is the new limited-edition special series from Ferrari which made its public debut at the 2016 Paris Auto Show this week showcasing what Ferrari’s unique core values are: Technology Excellence, Performance and Style.

This sleek open-roof beast is set to produce a total of 350 units, ready to hit the open road at 62 mph from a stop in under three seconds, but don’t get too excited and reach out for your wallet any time soon, they’ve all been sold! with only a few extras being held by the company to showcase at upcoming luxury events for 2017. 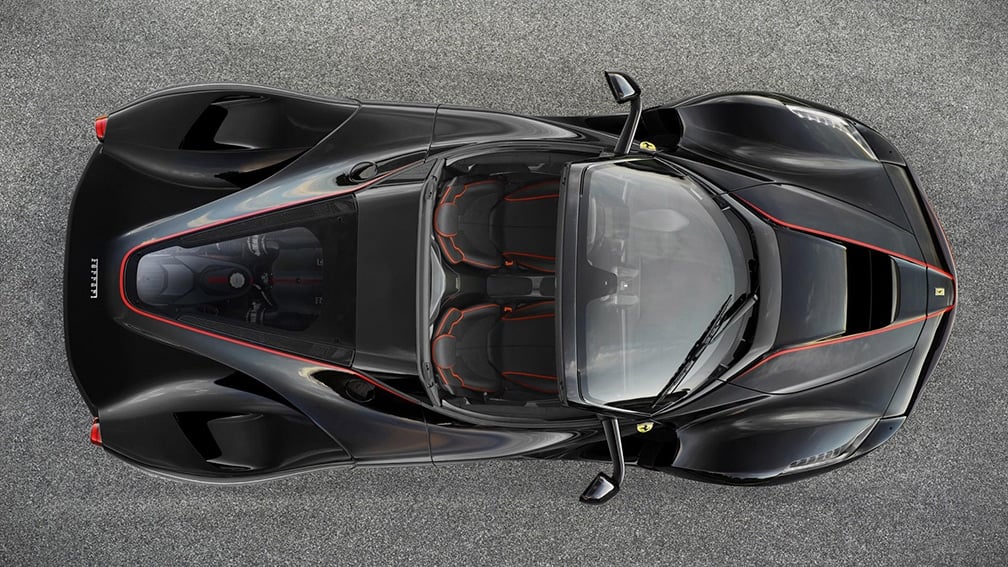 LaFerrari Aperta, available with both a carbon-fibre hard top (optional) and soft top, combines extraordinary performance with the unique exhilaration of open-top driving. The absence of the roof delivers a genuinely exhilarating experience with the hybrid power unit providing a heady soundtrack, and with a sophisticated wind-stop system, designed to improve aerodynamic and acoustic comfort, its occupants will be able to easily carry on a conversation even at high speeds.

The body’s shape is very sculptural and aerodynamically functional. Seen from the side the LaFerrari Aperta has a sharp, downward-sloping nose and a very low bonnet which emphasizes its muscular wheel-arches. The result is strongly reminiscent of the gloriously exuberant forms of late-1960’s Ferrari sports prototypes, such as the 330 P4 , a model that was also built in open and closed coupé versions. The ratio of the front and wheel-arch dimensions are also very much in line with Ferrari tradition. 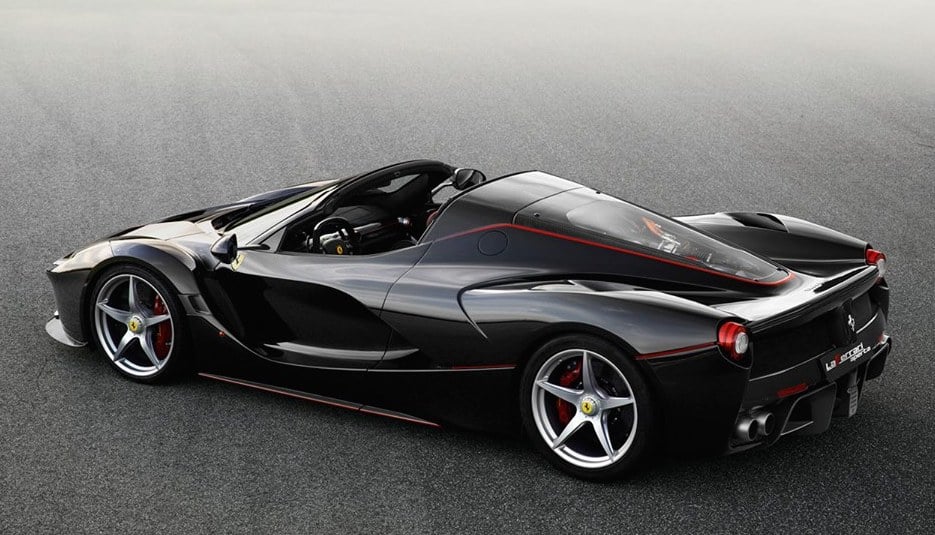 No price was given on the Aperta, but knowing the LaFerrari cost about $1.5 million, we can only assume the price will be a little higher for such an over-the-top premium machine.