London’s Mayfair neighborhood is the unofficial headquarters of the city’s high jewelry purveyors, where you can find old and new baubles from international brands and homegrown artisans and dealers.

It was in the 18th Century that London was first referred to as a “nation of shopkeepers” and it wasn’t meant as a compliment. The moniker is as true today as it ever was and it now serves as praise among those from all over the world who come to this most international of cities to visit its iconic department stores and bespoke boutiques. There seems to be a retail area for anything anyone would ever want. For bespoke British tailoring, there’s Saville Row in Mayfair. If antiquing is your thing there’s the over-touristed Portobello Road in Notting Hill. Knightsbridge is best known for luxury department stores like Harrods and Harvey Nichols.

For high jewelry, the best place to go in Mayfair, more specifically Bond Street and the immediate surrounding area. This is arguably the most exclusive shopping area in a city known for exclusive shopping and is home to many of the world’s most iconic jewelers. The list (local and international) reads like a who’s who of the industry. Tiffany & Co., Mappin & Webb, Harry Winston, Cartier, Bulgari, Piaget, and Chaumet are just a few of the names that populate the district.

I recently visited the neighborhood and came away with my own list of six must-see luxury jewelers.

Jessica McCormack | The name of the New Zealand native may not be as well known as some of the brands in Mayfair but this is a jewelry designer with a distinct style who is already popular among jewelry connoisseurs throughout the world. You may even decide to be one of her regular clients.

McCormack is a designer of contemporary jewels with a background in antiques. She grew up in her family’s auction business in New Zealand and cemented her love of jewels after working a year in Sotheby’s jewelry department in London.

Her diamond-centric pieces are petite and understated yet they have bold and edgy features that have attracted celebrities like Rihanna and Madonna. She’s popular among her more wealthy and famous clients for her bespoke work. Art Deco plays a big role in many of her designs. She produces well-design and crafted high jewelry that easily can be worn daily.

You have to venture off the hustle and bustle of Bond Street to find her boutique on 7 Carlos Place but the space itself is worth a minor excursion. The 19th-century grand townhouse contains not only her jewelry but the workshop where the pieces are created. This five-story building has high ceilings, plenty of natural light through large bay windows, aged wooden floors, fireplaces, and a well-manicured and inviting backyard patio. However, the most impressive thing about the interior is the antique furnishings and chandeliers, sculptures, and paintings. One room has a massive floor-to-ceiling bookcase and a player piano filling the space with music.

The art and antiques are from one of McCormack’s partners, Michael Rosenfeld, a diamantaire and art collector who sources diamonds and gems for her designs. Her other partner is Rachel Slack, a businesswoman and a member of the Oppenheimer family, which until recently was the owner of DeBeers.

For now, this townhouse is the only place in the world where you can purchase Jessica McCormack’s jewels. But this may soon change as the growth and popularity of the jeweler may force her to expand beyond her “home.” 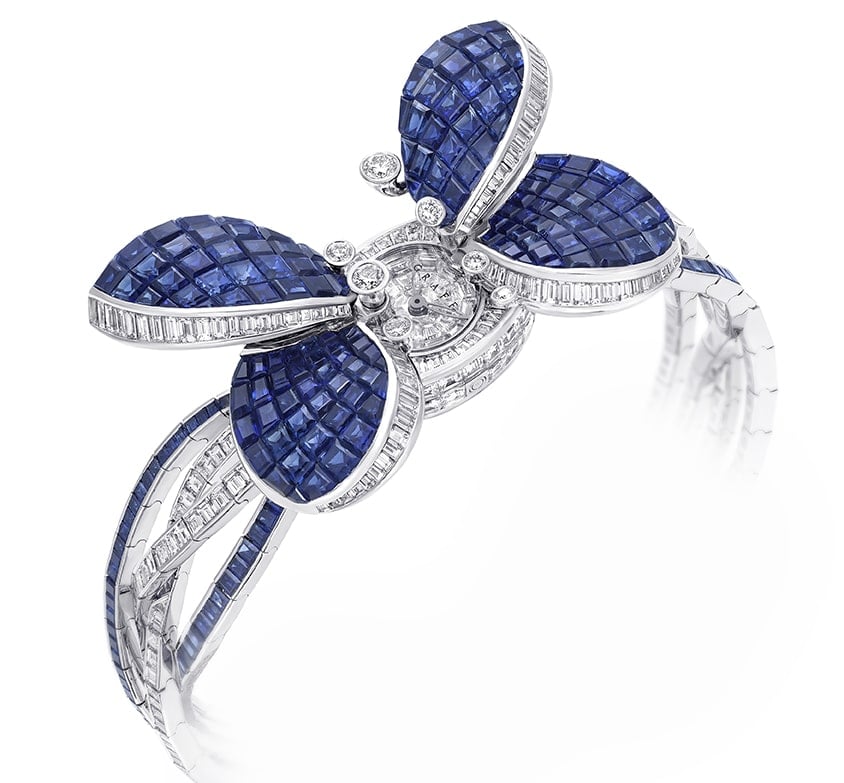 Graff Diamonds | Its owner, Laurence Graff, is arguably the world’s most famous diamond dealer, known for buying and then bravely reshaping some of the world’s most famous and valuable gems. His company, Graff Diamonds, is headquartered in London. All of Graff’s gem-centric jewels and bejeweled watches are designed and crafted in the Graff workshop. Visiting the workshop is out of the question but there’s no need as Graff’s flagship London boutique on Bond Street is a short distance away. It’s where the company’s rarest and newest pieces are on display. You may even see the man himself, catering to his business. 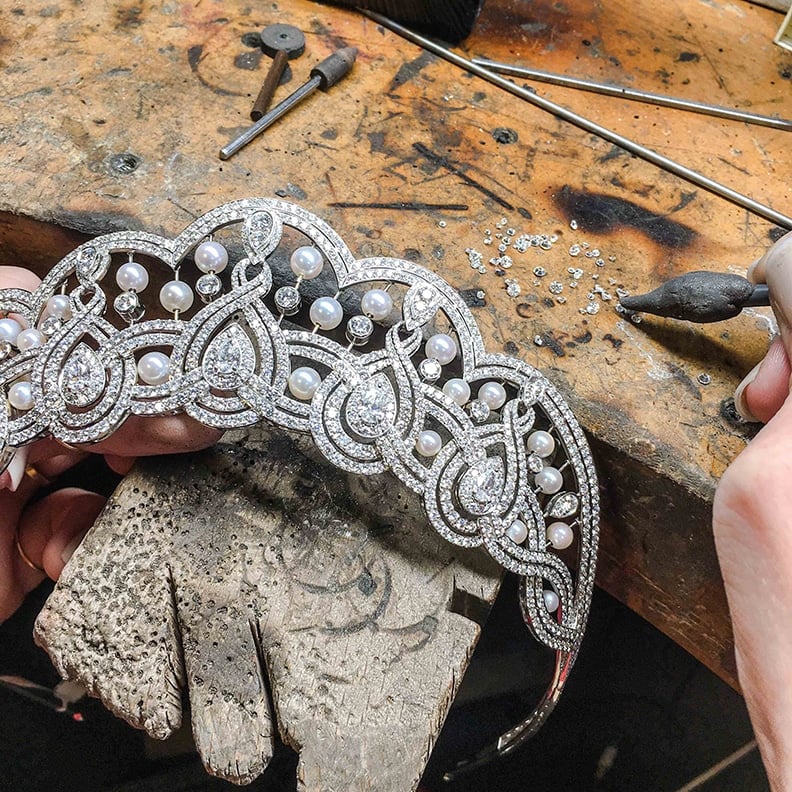 House of Garrard | London’s reputation as a city of exceptional luxury retailers is evident among its jewelers and the oldest of them all is Garrard. Founded in 1735, it claims to be the longest-serving jewelry house in the world. No one has yet challenged that claim. Fredrick, Prince of Wales, was Garrard’s first Royal commission in 1760 and the business has served each subsequent monarch since. Garrard has created some of the world’s most iconic pieces of jewelry, including Princess Diane’s sapphire cluster engagement ring and the Ladies of Great Britain and Ireland tiara—pictured on British pound notes. 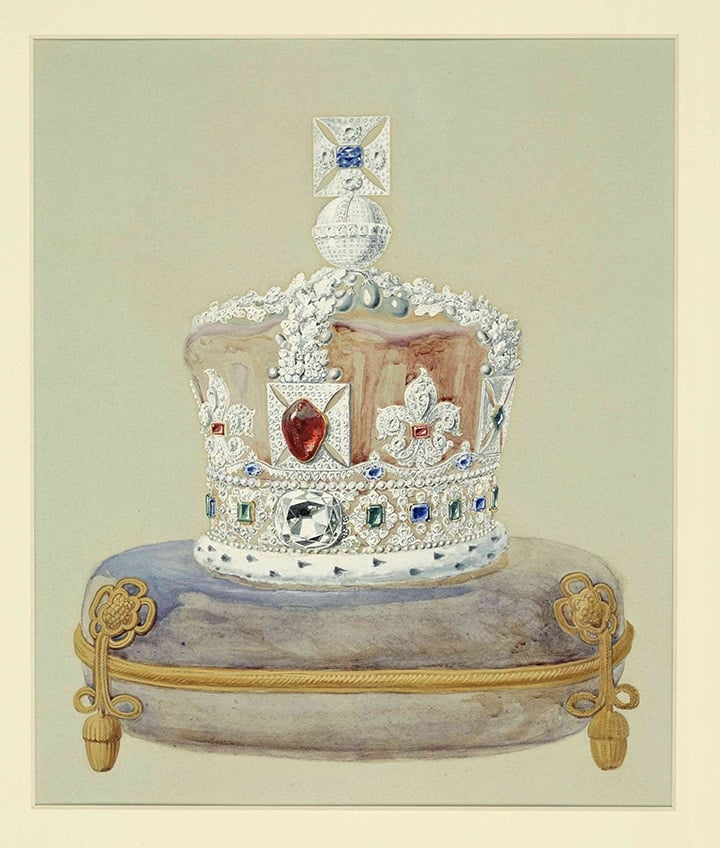 Today the company is housed in a multi-story corner building on Albemarle Street, just off Bond Street. It contains a workshop, a first-floor showroom for its newest creations, and the records and artifacts of its unique history. If you’re nice they may allow you to visit the Queen Mary room on the second floor. Named with the consent of Queen Mary in 1911 when the building, designed and built for Garrard, opened to the public. The room, among other artifacts, contains photographs of several of the royal crowns created by Garrard.

The company today, while honoring its history, makes a range of accessible contemporary jewels based on its heritage along with the bespoke pieces that underscore its reputation as a premier high jeweler. 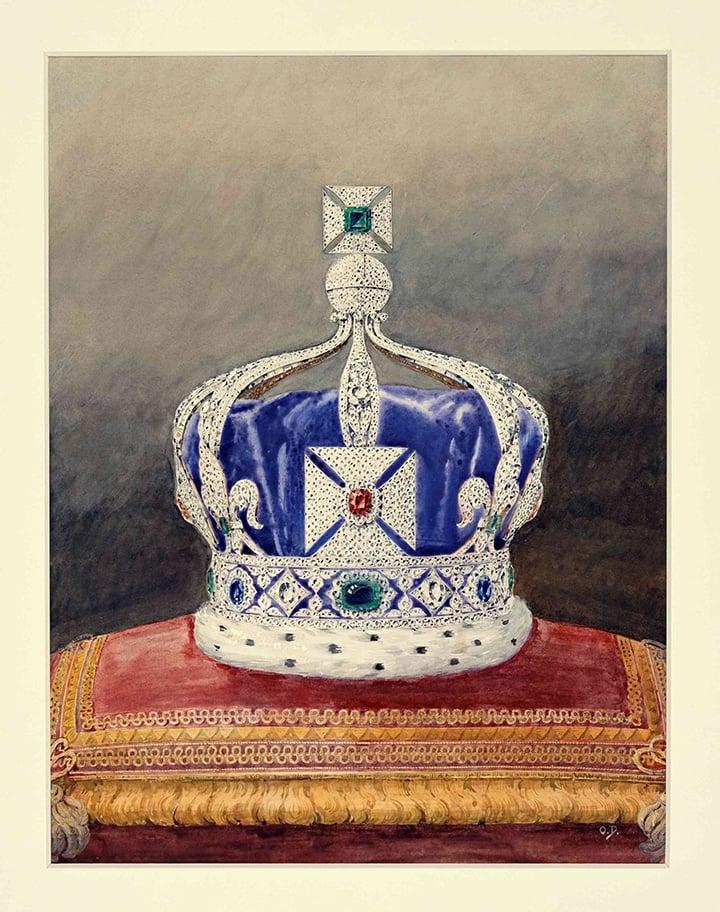 Estate, antique, and period jewels are a specialty among several dealers in Mayfair with well-established brands and international reputations in specific areas of jewelry history. Several have royal warrants, which indicate that goods or services of quality are supplied to the sovereign or to a specified member of the royal family.

Bentley & Skinner | One of the better-known antique and estate jewelers in the area is Bentley & Skinner. Inside the main showroom, upright and horizontal display cases contain jewels, timepieces, and art objects. Five bench jewelers do repairs and create custom pieces for the store and repairs for clients. They can be seen working from busy Piccadilly Street. The businesses’ most challenging commission was a bejeweled skull for artist Damien Hirst’s titled, “For the Love of God.” Completed in 2007, the skull was made of platinum and adorned with 8,601 diamonds weighing a total of 1,106.18 carats. It was modeled on an 18th-century skull, but the only surviving human part of the original is the teeth. It was valued at $100 million. 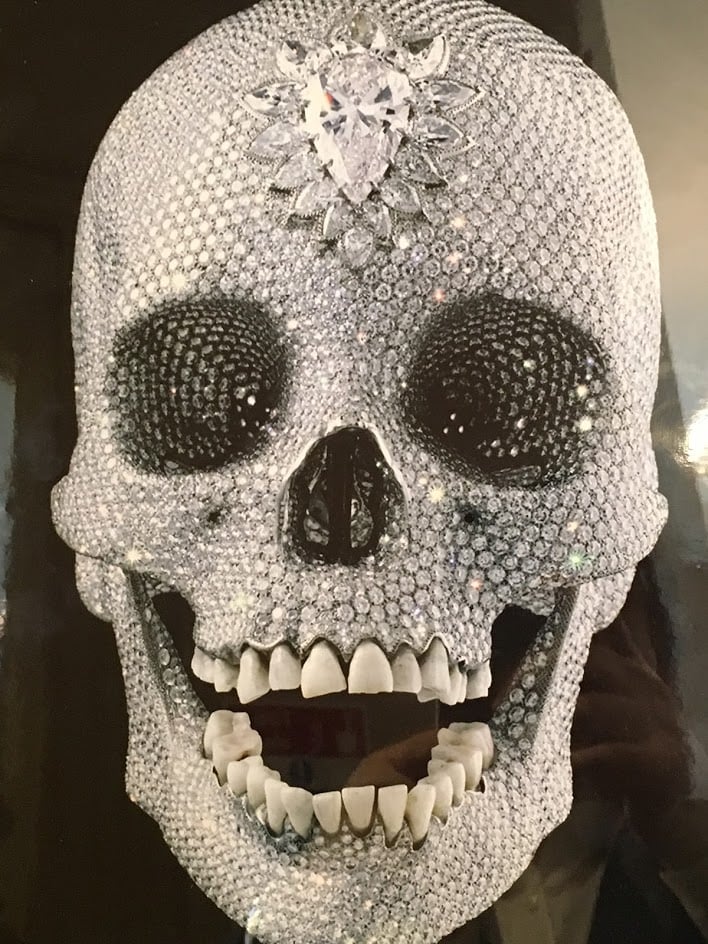 “You can have almost whatever you want if you are patient enough,” said Omar Vaja, a store salesman with an interest in Belle Époque era jewels. A former financial industry professional, he was first a customer then worked part-time in the store. In 1993 he decided to leave the financial world to work full-time at the jeweler and has never looked back. 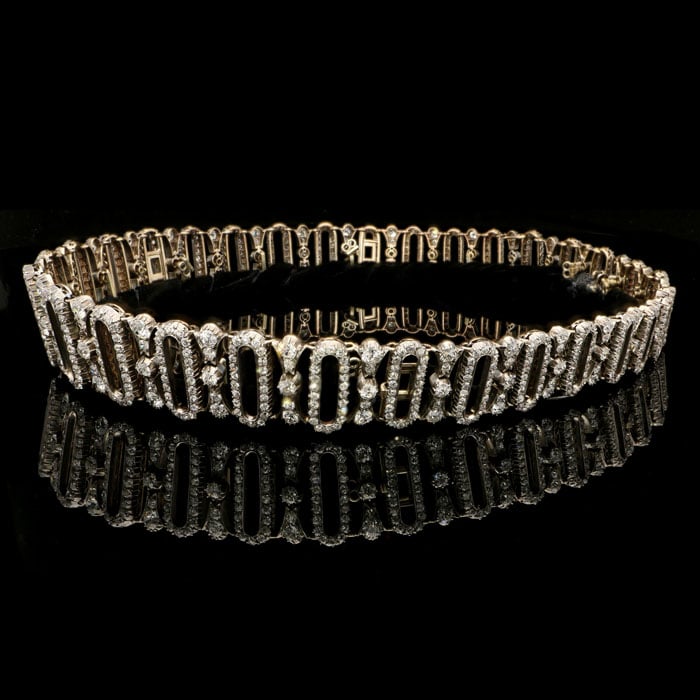 Hancocks | Bentley & Skinner is near the entrance of the Burlington Arcade, an early 19th Century shopping mall with jewelers and other small luxury shops. Squeezed among the other businesses is Hancocks, a family-owned estate jeweler that dates back to 1849. Guy and Amy Burton are primed to eventually take over the family business. While the store’s soul is in its history the brother and sister teams are using this heritage to look into the future. Guy specializes in creating new jewels, particularly engagement rings, with “old mine cut” diamonds. First developed in 18th Century Europe, these hand-cut diamonds are among the most prized antique diamond cuts. Meanwhile, Amy designs her own eponymous collection of handcrafted jewels with architectural elements. Of course, they also have a variety of antique and period jewels from any time period one could imagine.

Bonhams | All of the major auction houses have operations in London and if you’re lucky you will be able to view and bid during a live auction. Bonhams sells more jewelry lots each year than any other international house and has more dedicated jewelry auctions annually. Recently, the company has been keen on 20th Century jewelry artists such as Pierre Sterlé and Andrew Grima. Jean Ghika, Head of Jewellery for Bonhams UK & Europe, is extremely knowledgeable and personable.

If you happen to be at the auction house and there are no sales, you can instead have lunch at Bonhams Michelin star restaurant. 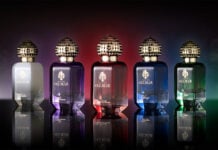 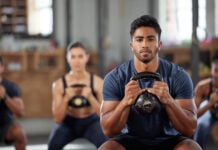