When it comes to speed, winning the weight race is vital for the manufacturers of hypercars and sports cars. Recently the shift has changed towards a new generation of hybrid supercars, ones that both aim for as much vehicle weight production as possible while maintaining maximum efficiency and speed. In light of such, McLaren Automotive recently announced that they are renewing their commitment to enhancing efficiency and performance in their cars through vehicle weight reduction.

The British automotive manufacturer is one step ahead of the rest – evident in existing models such as the new 765LT, which has an 80kg reduction in DIN weight compared to McLaren 720S – and vow to continue to pursue its core engineering philosophy of weight reduction and enhanced efficiency in their supercars. Part of their overarching strategy is a carbon fiber body structure and miscellaneous components which will deliver superlight supercars that are still built for speed.

Mike Flewitt, McLaren Automotive Chief Executive Officer, confirmed that the company is continuing to enhance its cars by lowering the weight making the company a leader in innovation and manufacturing in composite materials. Flewitt was scheduled to give an address at the 2020 Automotive News World Congress – a significant industry event postponed due to the COVID-19 crisis – to further bolster and explain that McLaren is determined to win the weight race. 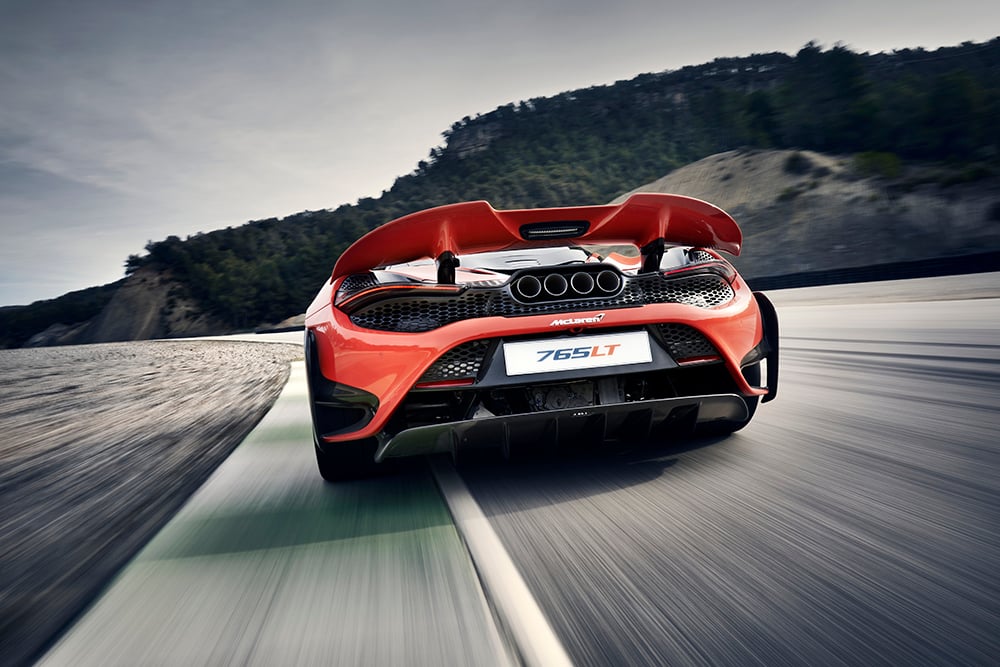 “Reducing vehicle weight is at the center of our strategy for the next generations of McLaren supercars,” said Flewitt. “We are already class-leading and committed to further driving down the weight to be in the best possible position to maximize the efficiency and performance of hybridized models to be introduced by 2025.” 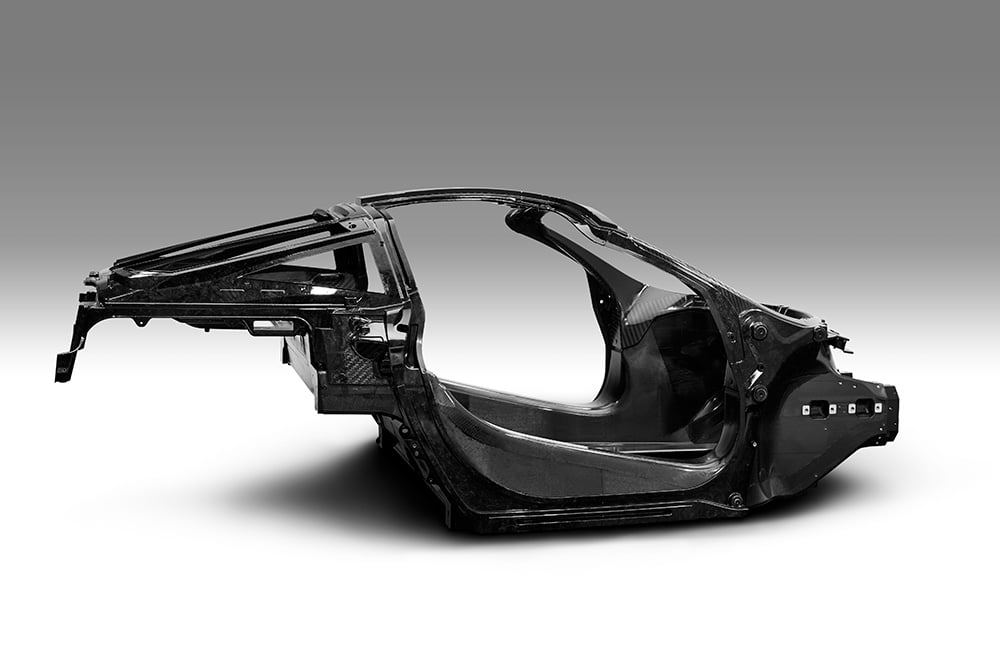 In terms of the 765LT, the reduction of weight is thanks to a meticulous effort of changes both inside and outside the vehicle. The use of carbon fiber for its body panels, key aerodynamic components inside the car, including car seats and its center tunnel, have made the car in a class of its own. The components used were fabricated at the McLaren Composites Technology Center in Yorkshire, UK, ‘the first time the new facility has created body components for a McLaren road car,’ according to the press release. Other weight-saving measures include lightweight windows, polycarbonate glazing at the rear, a titanium exhaust system, and other features in its transmission and suspension inspired from Formula 1 grade materials.

Jarone Ashkenazi
Following being published on Fast Company as well as Wired Innovations Insights, Jarone expanded his writing portfolio to cover luxury travel, goods, unique experiences along with restaurants and lifestyle articles for numerous websites. From luxury hotels, all-inclusive resorts and VIP experiences, Jarone has written about exclusive properties only offered to the discerning traveler and consumer. Jarone is a native to Los Angeles and spends his free time traveling, playing sports and is always up for an adventure.
Previous articleAppreciating Single Malt Whiskies That Aren’t from Scotland
Next articleBest-Kept Cocktail Recipes from Iconic Hotels Across the World