Is there anywhere in London that doesn’t have a gin distillery? Savile Row even has its own gin now. Although based in Harrow.

It all began with Beefeater and Hayman’s in 1863. In 2009, Sipsmith’s opened in Chiswick and the rest followed. Hackney Downs now has Butler’s, Highgate Sacred, Notting Hill Portobello Road, and Kentish Town the Ladies and Gents. Half Hitch is based in Camden Lock, Jensen’s in Bermondsey, The City of London in Blackfriars, The East London Liquor Co in Bow Wharf, and Bimber in North Acton. The Ealing Distillery makes Ealing Gin. Lidl’s sells Hampstead Gin.

Hayman’s, whose premium gin portfolio includes Royal Docks, Hopped, Peach and Rose Cup, Sloe and Old Tom gins, is now based in Balham.  Every self-respecting rum enthusiast should have a Hayman’s nosing glass and every self-respecting home bar should be equipped with a vintage Merser & Co copper jigger.

The 1806 Rum Quay and West India Docks once had huge rum warehouses and rums were blended by the Thames. Hayman’s Merser & Co has revived the art and tradition. Theirs is the city’s first rum blending house for more than 100 years. Hayman’s was one of London’s original rum merchants and the company is intent on making the city a major premium rum hub again. And the scene of many happy marriages.

The rum shipped from the Caribbean would make its way along with the lifeblood of London – the River Thames. After spending time in the West India Docks, it would then be taken further up the River Thames to the individual rum merchants, located in merchant houses not far from the river. The rum merchants would then blend the different rums and rest them for a few months to allow them to ‘marry’ before they were sold for consumption.

Says James Hayman: “ This early form of artisan rum was made in small batches with no artificial coloring or sugar added and this method still results in the finest of rum.  So, we too set about to bring the best rums of the Caribbean to London for six months of double-barrel blending.

“One of the biggest misconceptions of rum is that it should be sweet. Whilst modern rums do have more sugar added, traditional London rum doesn’t have any added sugar or caramel. We call it pure natural rum. Because of this, it has similarities to whiskey – especially those from America. Merser Double Barrel makes a great Old-Fashioned Cocktail and can be sipped over ice.”

The original West India Docks were destroyed by a fire.  Along with the loss of much-stored rum, the area was further bombed during the Second World War. Newer ships were unable to use London’s shallow docks and rum was then being sold in bottles rather than in casks.  By 1970, London’s rum blending had ceased.

Hayman’s historic new rum blending house is by the Temple tube station.  Its Double Barrel is pure, natural rum blended in Scotch Whisky barrels, just as it was over 100 years ago. Various other rum producers are opening up around London.

London Dry Gin is made all over London. As well as the whole country. So why not London dry rum with a caramelized banana and oak aroma? Why not an Electric Avenue rum?

All the botanicals in Laurent Lacassagne and Patrick Venningt’s new Amazon-listed “Market Row” rum are inspired and sourced from London’s Brixton Market. “We believe the market is ripe for a new, straight-talking and inclusive urban rum,” says Lacassagne, co-founder at Brixton Distillery Company and former chairman and chief executive at Chivas Brothers.

“We want to bring something new to the category-creating the same levels of craft, creativity, and inclusivity to rum that is now seen in gin. We buy our ingredients from a thriving local trading community in south London. It’s about supporting and sharing everything with love about Brixton.”

Venning is the former marketing director at Pernod Ricard UK and global marketing director for Ballantine’s. “Market Row Botanical Rum is inspired by the community where it’s crafted and we’re working to support independent Brixton businesses and people by sourcing ingredients and skills locally to keep our ‘Brixton-bottled’ botanical rum authentic and give something back to the community,” he says.

Distiller Matt Servini comments “Market Row is a great-tasting premium botanical rum with a Brixton twist. The botanicals we’ve carefully handpicked are inspired by Brixton Market – they’re subtle on the nose and palate and give Market Row Botanical Rum a completely different dimension to any other rum on the market. “

Brixton Market began on Atlantic Road in the 1870s.  The area boasted London’s first purpose-built department store, Bon Marché, which opened in 1877. Electric Avenue was built in the 1880s, becoming one of the first city streets to have lights. The song was written in 1983 by Eddy Grant and inspired by the Brixton riot two years earlier. Brixton Village, Coldharbour Lane was built as Granville Arcade in 1937 to designs of Alfred and Vincent Burr. The area became a symbol for multi-racial Britain selling African, Caribbean, South American, and Asian foods and music. Now it has its own cosmopolitan rum.

Bartender and brand ambassador Mikey Hirsch adds: “The subtle flavors of the botanicals become much more prominent in a cocktail or mixer, which is what sets Market Row apart – they add something you wouldn’t expect and that isn’t present in traditional rums.”

But a botanical rum isn’t a spiced rum which is are usually assumed to be quite sweet with the spices often overpowering the rum due to the added sugar or caramel flavoring.  There is no added sugar in our rum. the botanicals are there to complement the flavors of the rum rather than to change them. This is a high-quality, ultra-premium, ultra London rum. 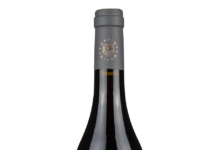 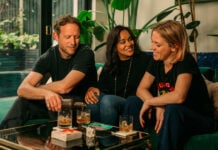