On Friday, May 3, 2019, Pat and Emmitt Smith celebrated their 10th Annual Celebrity Invitational at the Omni Hotel in Frisco, TX. The gala presented by title sponsor, Healthcare Highways commemorated a brilliant decade of community service and philanthropy by the Pat & Emmitt Charities in North Texas. Created from the couple’s enduring commitment to mentoring underserved students with an opportunity to nurture their growth into becoming tomorrow’s visionaries, the charity has impacted the lives of thousands of children by providing grants, scholarships and other resources to reach their fullest potential. Now in its 10th year, the Emmitt Smith Celebrity Invitational has raised more than $9.2 million dollars.

Thanks to the many sponsors including, Dee Lincoln Prime, Brown-Foreman Herradura, E Smith Advisors, and Waste Management,  the evening was a huge success raising $1.1 million dollars that will benefit Pat & Emmitt Smith Charities.

Each year, one of the many highlights of the gala is the designation of awards given to community leaders using their platforms to support others. The Roger Staubach Award recognizes sports and or entertainment professionals who positively impact the lives of children by creating opportunities for today’s youth. It was a special moment when Roger Staubach personally presented this year’s honor to Jessica and Dirk Nowitzki in acknowledgment of the amazing work they have done through The Dirk Nowitzki Foundation. 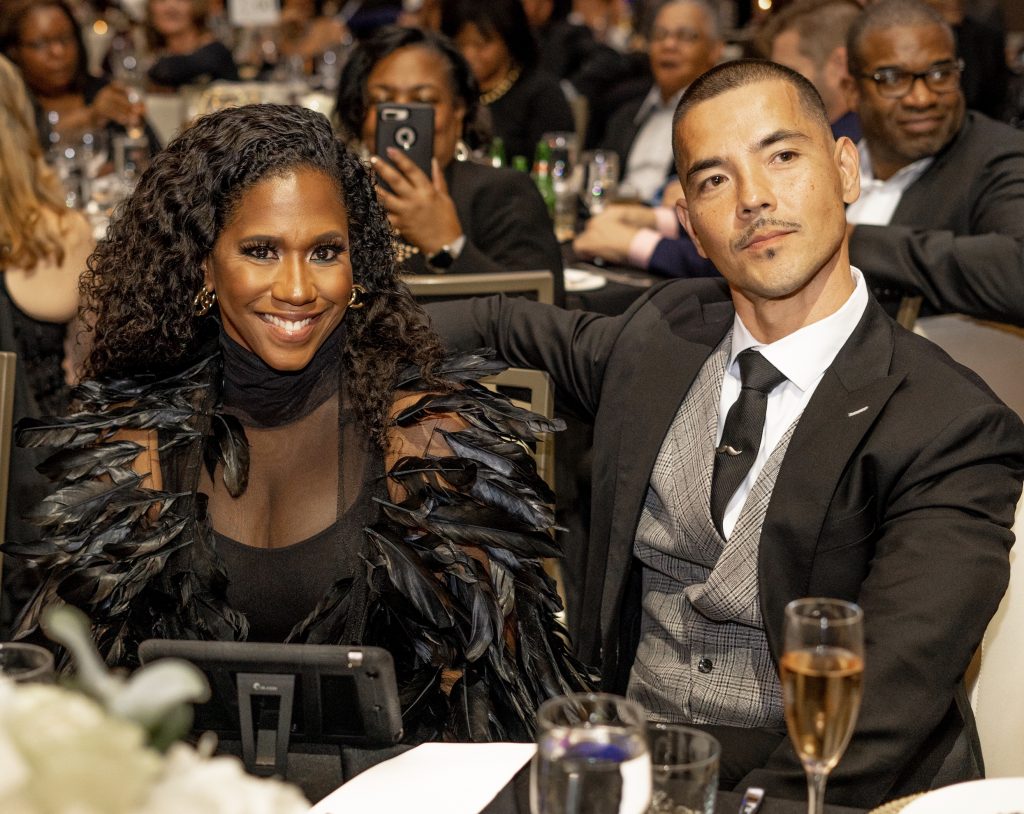 The Changemaker Award was given to LaTorsha and LaDainian Tomlinson for their efforts to enhance the lives of deserving families through education, social and culture awareness, and positive self-esteem through their organization, Team America.

Pat & Emmitt Smith Charities also recognized long term donors and friends who have stood by them since the beginning: Dee Lincoln, David, and Tina Craig and Lamonte Thomas for their unwavering support over the past ten years with the All-Star Partner Award.

The amazing evening did not end there, on May 4th, the following day at TPC Craig Ranch in McKinney, TX, players were paired with sports and entertainment celebrities for a chance to compete for bragging rights and prizes followed by an afternoon award ceremony.

After 10 years of service and philanthropy,  Pat and Emmitt Smith charities have created a legacy of giving that will long be remembered in the hearts of their community and friends.

Deve Sanford
Influenced by her international upbringing and travels, the importance of being culturally aware resonated with Deve at an early age and continues to lead her down her career path. After receiving her degree from Southern Methodist University in Fine Art, Foreign Language, and Business, Deve has worked in various career sectors and is currently a partner in a thriving international distribution company and actively curates art exhibitions worldwide.
Previous articleInterview with Ben Ross and Jeff Plotner, Co-Founders of Brackish
Next articleTop 7 Benefits of Mobile Apps for Restaurants

Rob Doyle is one of the new generations of yacht designers tackling the modern challenges of the large yacht business. With a solid 20-year...