Puerto Rico, The Island of Enchantment

Enter the enchanted island of Puerto Rico, mountainous land of tiny tree frogs that sing like birds, a rain forest filled with splendorous falls and twisting hiking trails, and a bioluminescent bay that sprays Tinkerbell’s fairy dust on night-time intruders.

The country, composed of one large island and several small isles, is a self-governing commonwealth of the United States. Consequently, you do not need a passport and are not required to pass through customs. A vibrant mix of Taíno Indians, the original inhabitants of Puerto Rico, as well as descendants of Spanish conquerors and African slaves, the racially harmonious nation melds into a welcoming beacon for travelers around the world. 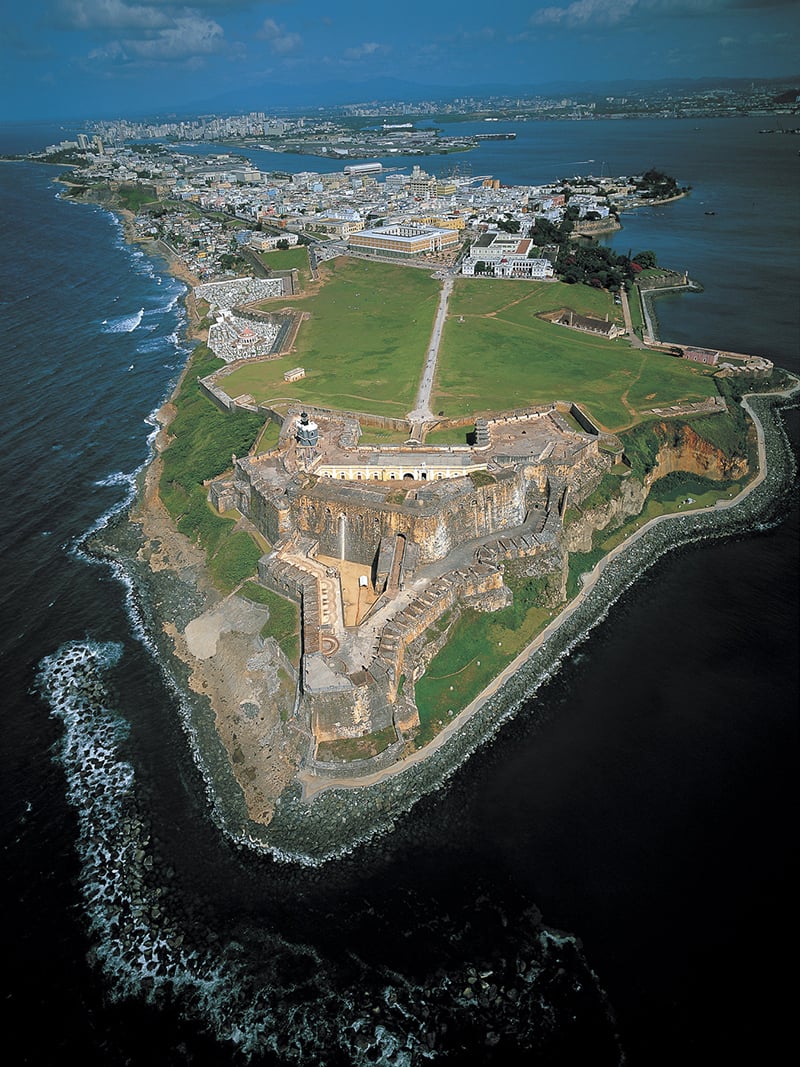 San Juan, the 465-year-old capital and chief port, was conceived as a military fortress, constructed with sandstone blocks that are 20 feet thick in places to ward off enemy attacks. I visited Castillo San Cristóbal, the largest fortification built by the Spanish in the Western Hemisphere. Walking through the narrow streets of Old San Juan, I discovered jewelry shops selling heirlooms, an artists’ market in the central square, and a romantic restaurant, Barrachina, that claims to be the birthplace of the delicious rum-based piña colada. 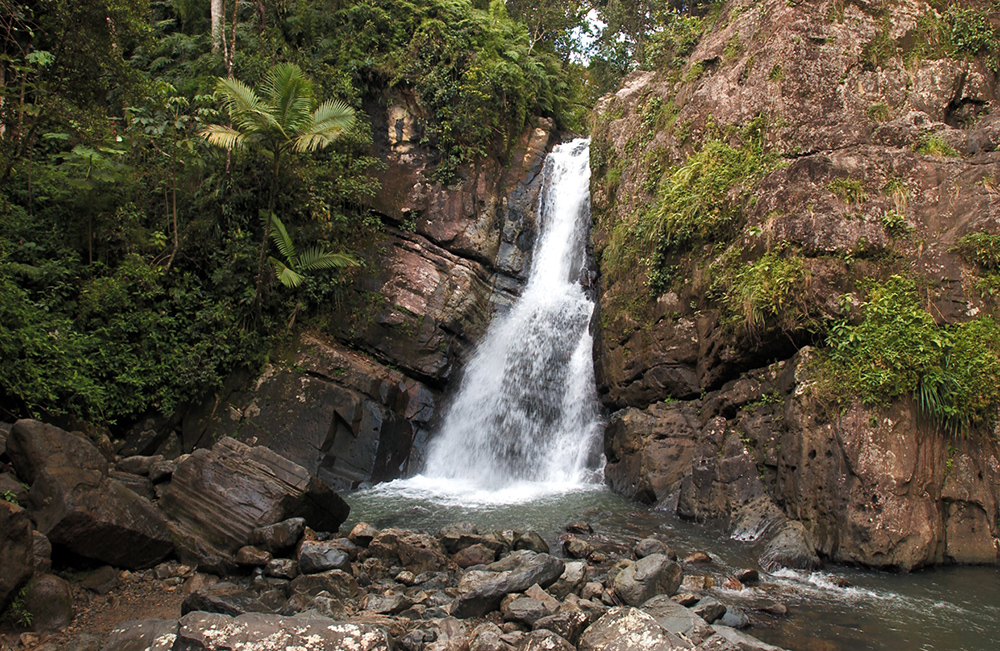 The only tropical forest in the U.S. National Forest System, El Yunque, boasts more than 240 species of trees and plants, as well as rare wildlife. Named for an Indian spirit meaning Forest of Clouds, created due to its perfect mild climate and abundant rainfall (up to 240 inches per year).  Here you’ll see the distinctive candle tree, whose bark oozes a resin that can is used to start a fire. Before entering the rain forest, I walked the 99 steps of the Yokahu Tower to the observatory deck to view the surrounding area.

It’s difficult to observe much of the wildlife on the winding paths in the 28,000-acre forest. Still, you may glimpse a mongoose or the bright green Puerto Rican parrot, one of the ten most endangered bird species in the world, and hear the local quarter-sized coqui tree frog imitating a bird with a high-pitched Ko-Kee sound. When I asked the forest guide why I hadn’t seen many animals, she said, “You must sit and rest for a while. When you are constantly walking the trail, you will hear them but not see them.”

Puerto Rico, 100 miles long and 35 miles wide, was formed by volcanic activity without a land bridge to any continent, according to the guide. All of the island’s animals arrived there by either swimming, floating, or flying.

Families with small children were on the trail I trekked. Many hikers swam in the refreshing water at the bottom of a waterfall. Free camping is allowed in the forest, so you will be able to see nocturnal creatures if you stay overnight. It’s a gentle forest, so you won’t have to worry about encountering lions and tigers and bears. 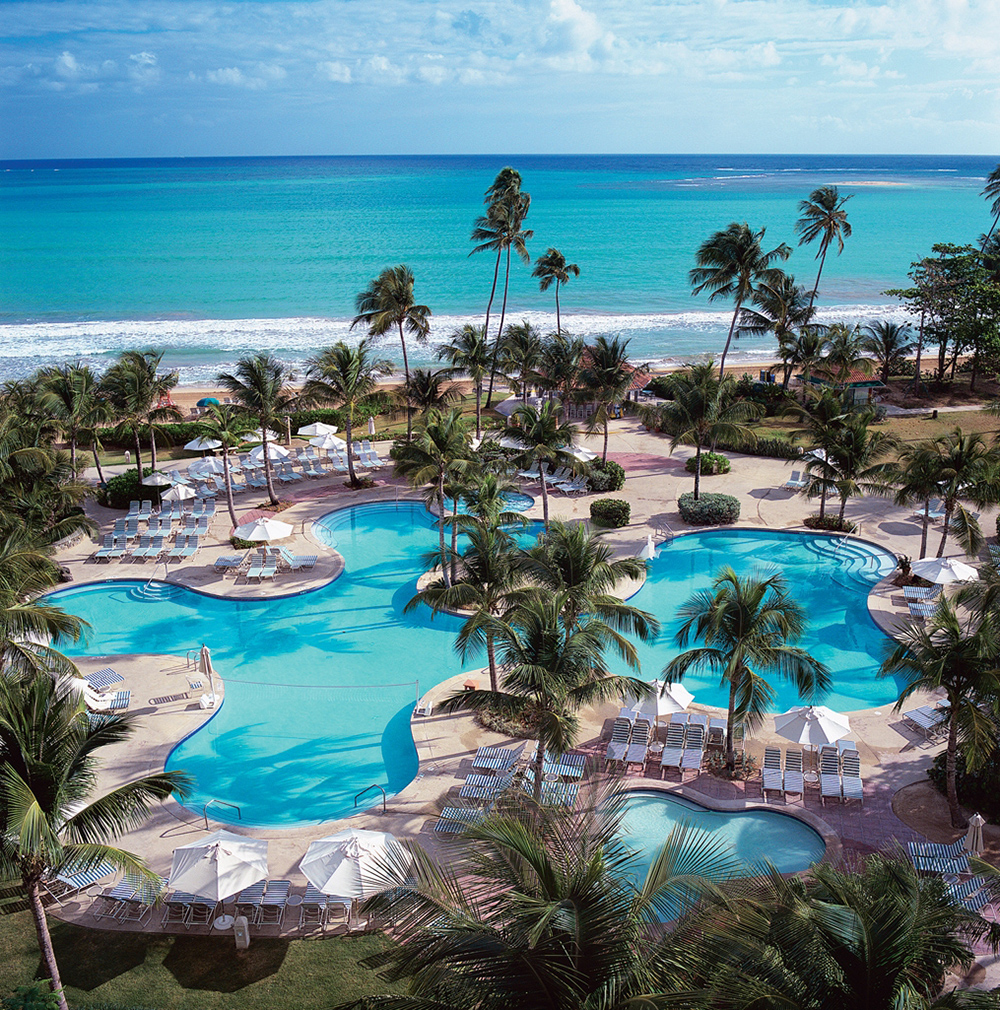 Puerto Rico is home to three of only seven bioluminescent bays on the planet. Hundreds of thousands of tiny dinoflagellates per gallon of water light up as an iridescent blue-green liquid that drips from your water-splashed hand or kayak paddle. These rare micro-organisms thrive in an environment uniquely suited to their needs – a lagoon surrounded by red mangroves whose roots release tannins that produce Vitamin B12, an essential nutrient for the light-emitting dinoflagellates. These marine algae convert chemical energy to light energy only when disturbed.

At dusk, a group of 24 filled out waiver forms distributed by Enchanted Island Eco Tours employees. After we received Kayak-101 training, we donned life jackets adorned with lights and a whistle, then stepped into two-person kayaks for a two-hour adventure that culminated at Laguna Grande in Fajardo. At times the waterway was so narrow under the mangroves that we crashed into other kayaks like bumper cars and apologized to perfect strangers. We all got wet from top to bottom even though it didn’t rain, as had been predicted—we oo and ah d at the glittery liquid that slithered up our paddles. Then we stopped in the middle of the bay, paddles locked together in lines of four, to listen to a lecture about how this particular body of water had created the exact conditions for this amazing light show. “The bay has to have little pollution and significant forest cover to hold back sediment whenever there is a great amount of rain,” our instructor informed us from his solo kayak. It also requires a restrictive channel to the ocean, allowing water exchange to avoid stagnancy.”  With that, we paddled our way back through the glowing creatures. Out of the bay, we sauntered up to headquarters to partake of cold water and snacks and change into dry clothes. Driving back to the resort, we felt an exhausted sense of accomplishment and the awe of experiencing raw pixie dust. 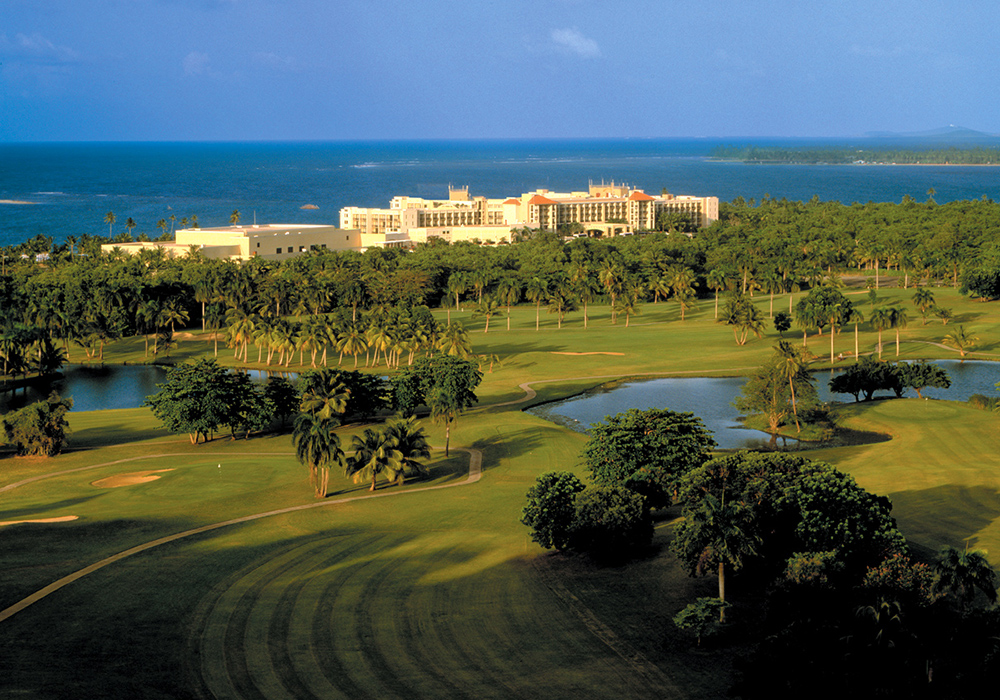 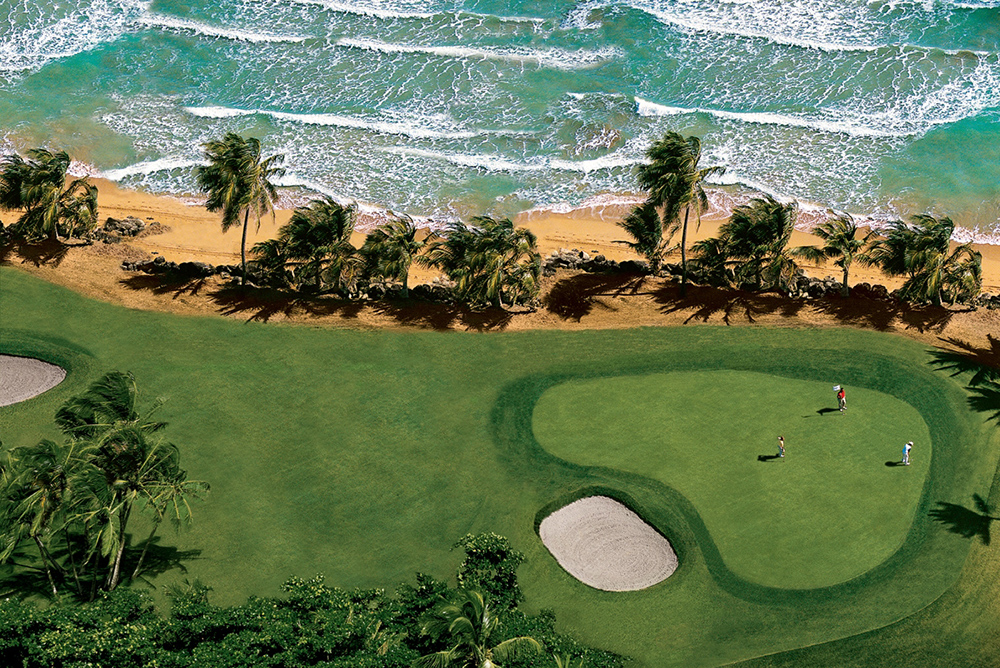 With 11 restaurants and lounges to choose from, you’re sure to find a palette-pleaser. At the poolside Sea Breeze Restaurant, I enjoyed a lunch of grilled lobster and corn on the cob one day and coconut shrimp accompanied by a cold Medalla, the local beer, another afternoon. The sophisticated Palio serves Northern Italian specialties in the evening, with private dining on the beach available. The island of Puerto Rico, named for its prosperous port by the Spanish, is now known worldwide for its enchanting natural beauty.

Ana Maria Dakota
A freelancer who loves to write about all things beautiful. Ana currently resides in North Dakota with her husband
Previous articleCatching Up with the beautiful Kelly Killoren Bensimon
Next articleJohnny Holiday, One of the Last Remaining Vocalists of a Bygone Era