He has set up restaurants in India including a heritage hotel, Alila Fort Bishangarh, and abroad and curated the menu of many more including cruise kitchens aboard Royal Caribbean.

Chef Ranveer Brar’s popularity on television is matched by his tremendous fan following on social media as well.

Getting the basics right and revering the kitchen as an artist would his/her studio, are mantras he lives by and propagates to others as well. He also pioneered the first-ever Twitter video show called Ranveer On The Road, covering new destinations each season and exploring their cuisines and cultures. For someone who propounds the theory of cuisine being an extension of culture, he strongly upholds the belief of travel making a good chef better.

An avid photographer with a keen eye for details, Brars love of art flows into his food styling and photographs as well. With a bestseller in his kitty, a popular host, and judge on television and an artist both in and out of the kitchen, chef Brar calls himself a food-Sufi on a constant culinary quest.

You’ve been in the industry for quite some time. Would you have done anything differently when first starting out?

I don’t think I would want to change anything. I feel what one needs when starting out is a fine balance between industry exposure and exposure to real food out in the streets. I was lucky enough to get a good balance of both and that’s what I’d still recommend.

You’ve cooked in some really intimidating kitchens. Was there anything you did to build your confidence and ensure you always maintained the drive?

I always kept connected with food wherever I was, even when I was in Delhi. Mine connects with food also meant Langar, as also street food. So, whenever I used to feel intimidated by big kitchens, I used to go out and eat & work on the streets, cook in langar. I continuously looked at the Moti Bagh Gurudwara in Delhi throughout my management training period, because I felt that was my source and I needed to keep close to my source.

What is one food trend you wish would just go away?

That would be Molecular Gastronomy. I feel it’s been dragged out for more than it’s worth. When the Adria brothers did it, they did it with a lot more research and depth, there were many more levels to the process than just the presentation part of it. We just took readymade solutions from them and tried to implement them everywhere for the gimmicks and Wows, which is just a very, very small tip of the iceberg as compared to what it really is. Nobody has done justice to it the way they have and I feel it’s just lived its time.

Hiring and retaining talent is one of the biggest challenges in any industry, but most especially in hospitality. How do you speak to your staff about career growth and progression?

What is your favorite dish to cook at home?

It has to be Khichdi. It’s a perfectly balanced one-pot meal as much as comfort food. Just give me a bowl of Khichdi with its chaar yaar, i.e Papad, pickle, yogurt, and definitely Ghee!

My favorite takeaway or comfort food for some strange reason is Sushi, it really calms me down. Especially when it is done by Seefah, who’s a good friend. Favorite place to dine at is Idris Biryani in Lucknow.

What exactly is vegan cooking and how do you go about it?

Vegan cooking is catching on big time, both from health and ecological points of view. Basically, it’s a strictly plant-based diet, wherein no animal or animal-derived products are consumed. So right from non-dairy butter to milk, as also nutritional yeast, which is non-active powdered yeast that lends a nice umami flavor. It’s really not complicated in terms of cooking and food choices, just being more mindful of what goes in and it’s a source.

Vegan cooking/ vegan restaurants; how easy/difficult it is; what are your previous experiences with it. What is the secret of a good vegan kitchen? What about the suppliers, are there enough in India currently and easily accessible?

My Vegan cooking experience started in the US when people specifically asked for it. I soon realized that a lot of Indian food lends itself to being vegan. In the restaurants in the US, we have a separate Vegan section, which has its own section with dishes such as lentils and sabjis as also tikkas and paneer-associated dishes made with Tofu instead. I feel there are enough suppliers in India for vegan foods, especially with the trend catching on here as well. Once we understand the basic premise of Vegan food, that it doesn’t necessarily mean imported ingredients, then the window of resources opens up.

Have you ever worked with meat substitutes? If yes, what are the pro and cons?

Yes, I have at one point in time, but I realized with time that it’s not my place to be. Fibrous fruits like Breadfruit and jackfruit are inherently meat substitutes and I have used them extensively as meat counterparts in several dishes, so I never felt the need to use Soy textured proteins.

How can restaurants/ hotels/ chefs communicate the approach of innovative sustainable plant-based food/ food chains to others?

Basically it’s about understanding that sustainability is linked with plant-based foods. The carbon consumption goes down and ecological contribution automatically becomes positive with plant-based food sources. It creates a sense of faith and goodwill that transpires and travels through the ages.

Adding vegetarian or vegan menus to the menu: what is the trend/experience with this?

I feel it is naturally and ethically beneficial. And definitely great for holistic well-being.

What are the challenges for chefs/restaurants with an increasing demand for vegetarian or vegan menus?

I feel the main challenge we have is the inherent lack of training in vegetarian food. As chefs we train a lot in Royal food, street food and a lot of it is biased towards being non-vegetarian. Our formal training doesn’t train us to become excellent vegetarian chefs because that happens at home. So that for me is one of the biggest challenges.

Tell us about your two most popular preparations in line with this concept (sustainability). How does it help local farmers/suppliers?

Please tell us more about the concept of zero wastage and how you have contributed to it so far. Does this put pressure on your budgets?

It does not put pressure on the budget; on the contrary, it eases the pressure off it. A lot of Relishes, pickles, accompaniments come out from stuff or parts of ingredients that would otherwise have been thrown out. I’ve personally always believed that resourcefulness is an inherent trait of Indian cuisine.

Tell us about the concept of ‘farm to fork’ and how it helps to promote the idea of sustainability and good health. How do you think we can create awareness amongst more chefs and restaurants and hotels so that they contribute to this initiative?

I feel at the moment Farm to Fork needs to be redefined as it is currently becoming more urban. The present trend is more urbanized, wherein 90% of what we eat is grown in the non-urban areas by farmers and makes its way through the mandis, middlemen and that is something that we still need to figure out. In some cases, we are working with few elite farmers and calling it Farm to Fork. The real benefit of Farm to Fork is when you benefit every farmer in the ecosystem and not just a select few. This is something that as restaurants we need to become more aware of, that unless we are 100% Farm to Fork, the objective is not resolved as the real farmer is not getting any benefit.

For a long time India had more vegetarians as compared to those who ate non-vegetarian food, do you think we are going back to the previous times where more people are now advocating vegetarianism? What is the reason for this change and how will it impact the food that we eat? 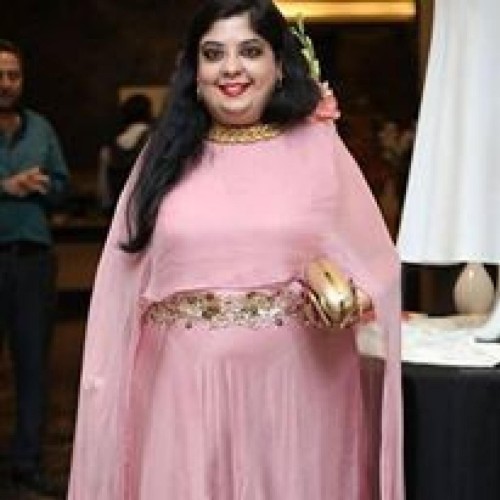 Jyoti Balani
Jyoti Balani is a well established food, wine and travel writer based in India. She started her writing career with the Times of India in 2003. Since then She have contributed to well known publications such as Savvy CookBook, Khaleej Times, Sommelier India, Society world of luxury, Atelier, Go Now, The Collection, Jetwings, Business Traveller Asia Pacific and many more lifestyle magazines. So far her culinary adventures have taken her to France (Bordeaux), Germany, Spain, England, Thailand, Ireland and Australia.
Previous articleThe Hoxton Southwark Hotel, Stylish Luxury & Outstanding Food
Next articleWhat Does It Feels Like to Have a Ferrari Luxury Car?

Mountain Hub Gourmet is fine dining at its best and the perfect choice for guests looking for supreme comfort, style, and lavish indulgence. A...