Timepieces born of collaboration are not new. What Richard Mille and celebrated actor, artist, director and producer, Sylvester Stallone, bring to horology, however, is a timepiece that is as extreme and luxurious as the passions both men share. Known for their radical materials technology, Richard Mille deploy the 20-piece limited edition RM25-01 Tourbillon Adventure chronograph, a “horological UFO” able to conquer the most out-of-this-world environments.

Speaking on Stallone, Richard Mille said it best. Stallone is ”an artist, whose deeply personal work is rooted in his passion for great painting and sculpture … We became friends, and discovered that we were passionate about similar things and had similar desires. He is a fan of all things mechanical, something that comes through in his sculpture works. Of course, he also loves watches, and enjoys wearing them, particularly rather imposing models. So naturally, it occurred to us one day that we ought to do something together.” 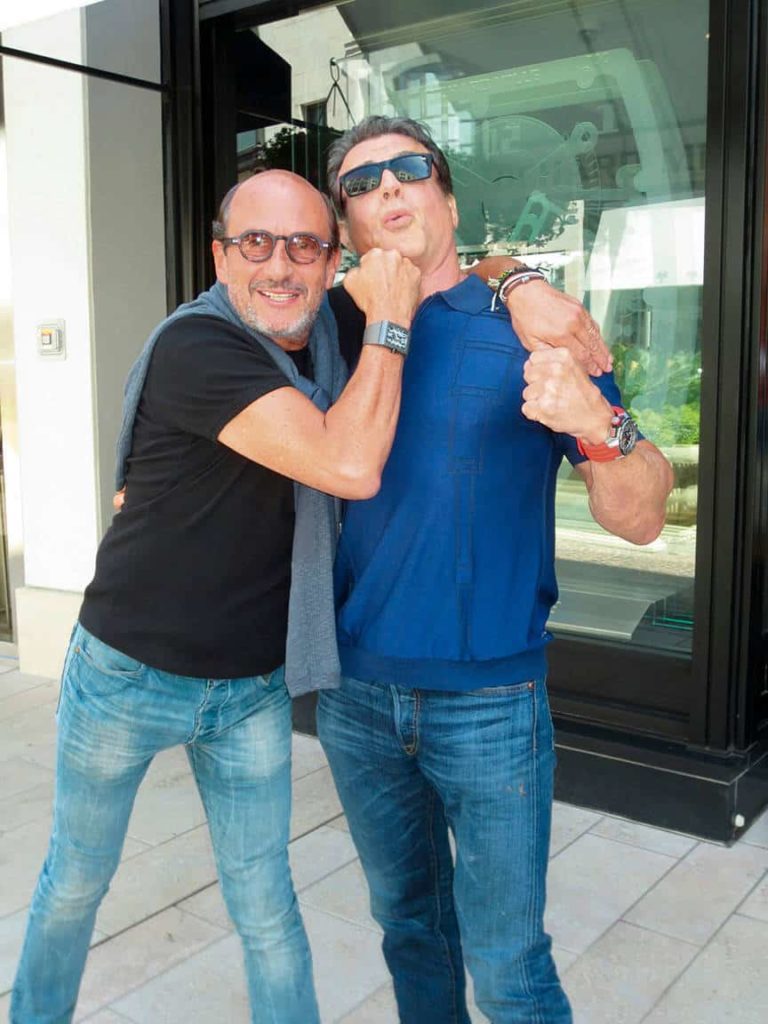 “The RM 25-01,” Mille continues, “is like no watch that has ever existed before. Like Sylvester Stallone himself, it is completely unfettered. Its development was especially slow and painstaking, and as an object it is completely in sync with the brand: extreme, designed for extreme conditions, useful, sophisticated and complex, yet unbelievably tough—the ultimate timepiece.” 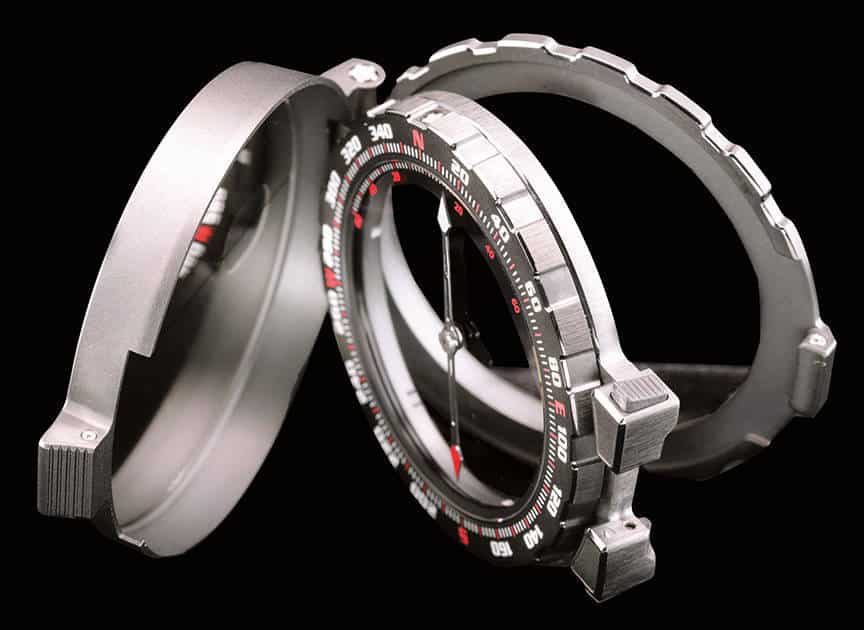 Let’s start with the combined Carbon TPT® and Titanium case, an indestructible composite whose surface has become something of a brand signature itself and significantly reduces the overall weight of the watch. RM25-01’s grade 5 titanium baseplate and bridges support a mechanism that combines tourbillon complication with the complexity of a new ‘competition’ chronograph movement. It goes without saying that over the course of several months, Richard Mille engineers worked incessantly to optimize the caliber, successfully reducing the weight of the watch while increasing its overall precision and long-term reliability—with 50 percent lower energy consumption, by the way.

The RM 25-01 also boasts a 70-hour power reserve, as 24-hour scale, in the event that the owner has no sunlight, a 360° graduated disc, is water resistant to 100 meters, and comes with a titanium bidirectional daytime bezel. The first is a compass in grade 5 titanium with a DLC coating that has both a fixed and a rotating bezel. The Carbon TPT® cover has a mirrored back and a slot at 12 o’clock to increase precision with the compass needle.

Further, its sapphire crystals have a multilayer anti-reflective treatment to prevent any mutual interference of the movement and compass. A spirit level located at 4 o’clock makes the watch perfectly horizontal for better readings, and, above all, detachable. And at 2 o’clock—get this—a  hermetically sealed compartment holds water purification tablets that make a litre of any water safe to drink within 30 to 120 minutes. The RM 25-01 also comes festooned with 35 jewels, a sapphire anti-glare caseback, and a 0.40mm thick dial.

The beauty of the timepiece, however, is not merely born out of Stallone’s decades-long cinematic legacy; nor is it the Hell’s Kitchen native’s close friendship with Richard Mille alone; the RM25-01 is a one-of-a-kind timepiece that stands alongside Stallone’s storied career as a serious artist—stretching back to 1975, no less; and with close to 400 painted works produced over his lifetime, the RM25-01 (at $983,000) emerges as an ode to luxury, passion, adventure, and a philosophy of life that is other-worldly, to say the least.