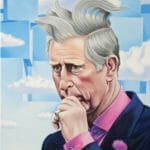 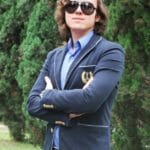 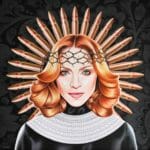 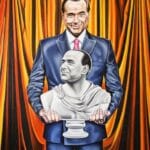 Rinat Shingareev is an Islington-based Russian artist currently living in London. His colorful portraits disclose icons like Prince Charles, President Obama, Prince Williams, Madonna and many others. Through the character of his paintings, Shingareeve expresses his respects and believes that art should be an interpretation of positive feelings.

Upscale Living Magazine had the opportunity to sit down with Shingareeve and here is what he had to share with the world.

Where are you from?

I am from Russia, but for 10 years I have lived and worked in Italy. I’ve never stood still in one place as I’ve done many traveling. New places, cultures and people have also influenced my art.

When did you first started in this field?

Since my childhood. I was not only interested in arts, but music and design too. I was probably meant to be an artist as I remembered as a child that I felt the desire to create something. Another thing in my life which influenced my creativity was the Art School in Russia, where I attended as well as The academy of Fine Arts in Italy.

I am motivated by many things: from politics and show business, to music and fashion. I watch closely the tendencies and changes in the world to create interesting and actual works. But I believe and stress that the most important purpose of my art is a desire to change the world to be the best, it will make me happy to know that at least I made a difference in the outlook of one person.

Who is your favorite artist?

Undoubtely it is Warhol! This artist was ahead of the time. I appreciate him for what he accomplished. “Erased the lines between art and business without having done much harm to the art as a whole”. The artist must be well fed and free to create masterpieces.

What are your goals and achievements?

My goal is simple – to acquaint the world with my art. As for my achievements, my work has been published in many international magazines and websites. My work has graced the cover of many re-known publications who named me one of the most talented artists in the world. The known Italian journalist and TV presenter, Luca Telese, has written an article about me as well. My art has led to familiarity with many famous and influential people. I recently received compliments from Ferrari President Luca Cordeo Di Montezemolo. But I am not going to stop there as I am only in the beginning stages of my life.