Spain – Much more than Sangria

When you think of fine imported wine, what comes to mind? Possibly a Chateau Lafite Rothschild 2004 from Bordeaux, France, or an Aldo Conterno Dolcetto d’Alba 2000 exported from the Barola vicinity in Italy.  I suggest that you grace your palate with a vibrant expression of a Miguel Merino 2002 UNNUM or a LAN 2004 CULMEN Reserva. These distinguished wines are produced amidst the picturesque Rioja located along the lush banks of the Ebro River in northern Spain.  The seasoned vineyards extend into the Basque country and venture throughout the alluring terrain of Logrono, Alava, and Navarra

This trend-setting region delivers legendary crimson red wines from traditional blends of indigenous Tempranillos, Garnacha Tinta, Mazuelo, and Graciano.  The results are distinctive wines that enhance your favorite dish and leave you enamored with their versatility.  Read “THE WINES OF RIOJA” by John Radford.  It is an excellent source on the subject.  You will find explicit details of the 600 bodegas with thousands of hectares harvested for their award-winning wines. This almanac became a priceless reference during my memorable journey through this intriguing. Iberian territory.

Rioja vintners have been creating world-class libations for centuries. The custom dates back to the middle ages when Spanish monks roamed their murky monasteries. Several of these baronial buildings have been converted to efficient modern facilities like Baron De Ley. This 16th-century Benedictine monastery cultivates prodigious wines with an emphasis on moderate to high-end Crianzas and Reservas.  Their 2001 Reserva depicts sophistication with an innate proficiency to be “ultra food-friendly”.  The bouquet is powdered with dark cherry fruit and foundations of raspberry and plum.  It finishes with the essence of cardamom, nutmeg, and cloves.   The Reserva is a smart choice to complement grilled vegetables, hearty meats, and cheeses. Quite fabulous!

A new generation of maverick winemakers, looking to experiment with their vines, soil, and microclimate to create new varietals, has evolved during the past 15 years. They have revolutionized the industry by introducing consumers to new tantalizing, taste sensations.  They are implementing state of the art technologies which can rival any Napa vineyard.  Companies such as LAN utilize a unique raking, piling, and temperature control system to monitor 25,000 oak barrels in their cask cellar. Twelve, full-time employees run the entire 6400-meter facility with keen attention to detail.  The site was visually arresting. Having toured numerous vineyards in California, I admit that I was a bit intimidated and impressed by Spanish ingenuity.

Other Bodegas, like Ontanon Bodega Museo, capitalize on esthetic attributes.  They invoke the power of wine mythology when you are welcomed by Ganymedes, the cupbearer of Zeus, at the front portal.  As you roam this winery, you will feel the essence of Dionysus the GOD of Wine. His mythical, drunken delirium lurks around every corner. After viewing the myriad of life-size statues, ornate stained glass windows, and eclectic art collection, a taste of their Riberas de Marco Fabio Vino Dulce de Moscatel transported me back to the Metropolitan Museum of Art.

My personal favorite was the one Americans call a “boutique vineyard.” Miguel Merino Bodega is nestled between the majestic mountain ranges of La Demanda and Cantabria in the enchanting village of historic Briones. You appreciate the medieval character of this 19th Century stone building when you gaze up into the rolling hills. This quaint community reminded me of old ethnic neighborhoods that always provide comfort and hospitality with humble integrity. The town was enriched by the charm of its eminent residents. Miguel Merino and his son, Miguel Jr., are two of the most endearing, gregarious, and heartwarming people who grace our earth. Miguel shares his expertise with candid modesty. He simply replies “my job is to just let the wine make itself.” The passion and devotion to their profession are evident in their captivating wines. As I sipped a glass of Miguel Merino Reserva 2001, I discovered the meaning of liquid velvet. This ruby gem derives from a blend of Tempranillo (95%) and Graciano (5%) aged 28 months in American and Allier oak barrels. Tempting aromas of blackberry, hazelnut, and spices accented by the sweet tannins and ripe fruit make you want to smuggle a case back to the US. Don’t fret, it is now possible to purchase these Rioja favorites with the assistance of local importers.

You can rest assured that nothing but the finest quality wines are produced in this province. Rioja winemakers were the first to be recognized by The DENOMINACION DE ORIGEN CALIFICADA, known as the DOC.  As is customary in all renowned winemaking countries, Spain utilizes a legal monitoring system to ensure its consumers all products are authentic and of the highest standards.

Many of these bodegas also offer exquisite restaurants where you can pair sumptuous courses with their vino.  Bodegas Darien was gracious enough to host an amazing five-course luncheon.  It commenced with Potatoes cream Rioja style with crunchy chorizo and concluded with Peaches in Darien Crianza.  It was luscious!  Bodega Rioja Vega also offers an extensive mouth-watering menu to showcase their various wines. It is blatantly obvious that Rioja’s Craianzas and Reservas are multifaceted and pair well with all cuisines. Gracias!

The best way to sample these magnificent wines is to hop on board the next Iberian flight to Bilbao airport.  If that is not in your current budget, however, I suggest you stroll the aisles of your local mega liquor store. Steer that shopping cart over to the imported wine aisle and reach for a Rioja Reserva. Y Gracias!  You’ll be glad you did. 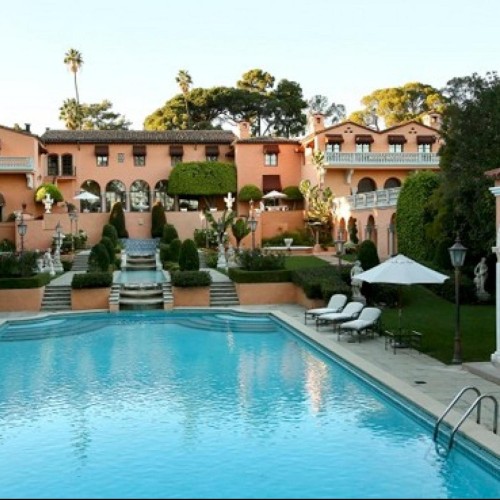