Musical instruments have always been a mere machine without the player. With the touch of technology to traditional craftsmanship, the piano is now on a new path of glory.

Did you know the piano is a percussion instrument even after having strings? Invented in 1709 in Italy, pianos formed a significant part of Western classical music, jazz, blues, rock, folk music, and many other Western musical genres. With time this musical instrument became a global phenomenon and an integral part of the music industry. Owning a piano was more of a social status symbol in the 1900s. The instrument became the choice of the elite and eventually a prolific piece of home décor. Like other instruments, the pianos as well come in various types, sizes, finishes, tones, and colors. Each piano has its tonal quality flavor with various predominant qualities such as mellowness, depth, warmth, sparkle, and brilliance – an attribute of piano making. Creating a piece that resonates with time and is a classic example of its kind more than the trend is a challenge not many surpass, one such company that continuously excels at the making, as well as the relevance of the musical instruments, is Steinway & Sons.

There only a few piano manufacturing companies that have mastered the art of true craftsmanship Steinway & Sons have been considered to be one of the best piano makers of the world since its inception in 1853. The American company has been regarded to make some of the best pianos to date. The primary secret to Steinway piano is the minute know-how of the working of the piano, the sound travel patterns, and the density of vibrations. The amount of effort and meticulous precision put in each of the Steinway pianos marks it different from others. 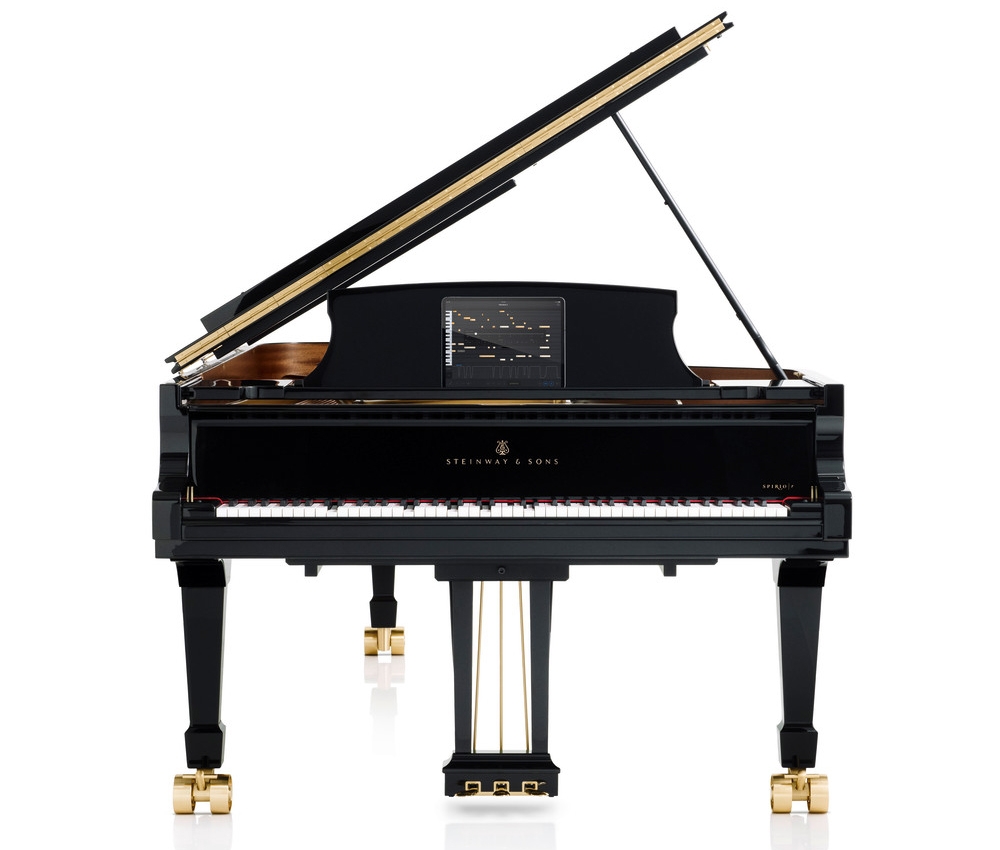 85% of the piano is made up of wood. Each lumber piece procured from the best trees from around the world is excruciatingly inspected at the Steinway factory to ensure only the top quality is used. The wood is then air-dried for over a year, and then kiln-dried to remove any tendencies for warping or cracking. The brand has patented over 139 patents in the making of the piano that helps it resonate, perform, and even look better than most of its competitors. Steinway & sons incorporate the years of developmental expertise, advanced technology, and unparalleled craftsmanship in a magnificent way to bring together every part of the piano to be a masterpiece that is. With over 12,000 parts, premium aged wood patented rim bending technique, cast iron frames, Swedish strings, hours-long sound check with 88 rubber finger machines, duplex scale pattern, and about a year of precise craftsmanship are few key factors that create a Steinway piano to its fullest glory!

Steinway & sons have been a long haul player in the piano industry and have seen the evolution of the pianos as much as contributing to it. The company has always combined the traditional craftsmanship with pioneering technology to pave the way for the sophisticated enjoyment of the music of tomorrow. The company surpassed expectations in 2015 when they launched the latest creation that is a step towards the future– SPIRIO, a self-playing piano! 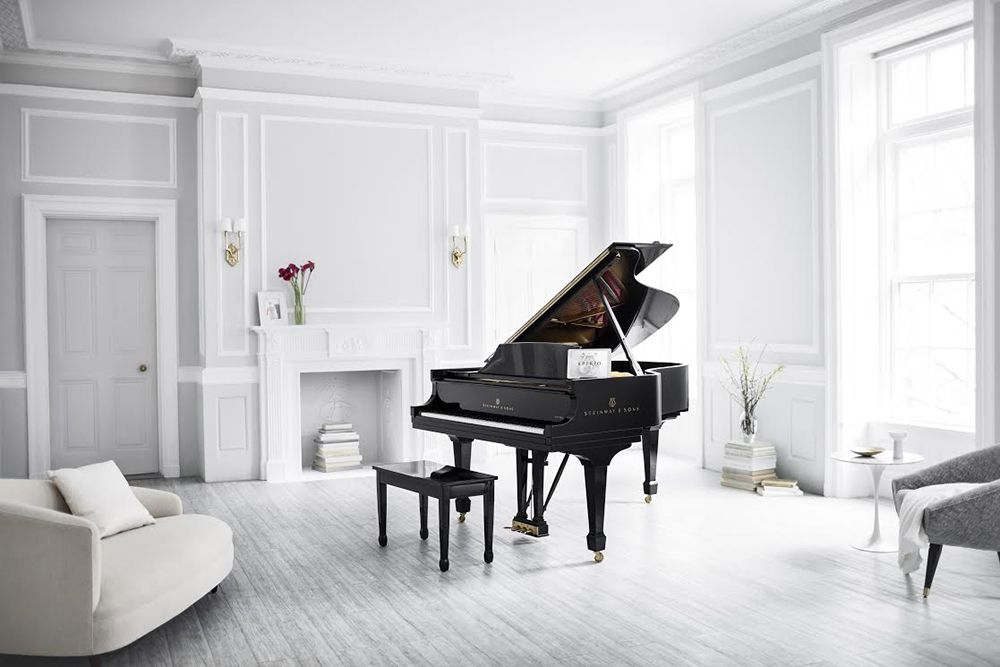 It is said that a piano is incomplete without its player, but Steinway & sons take a leap in the future wherein you no longer need a pianist to play live. The SPIRIO is a high-resolution player piano that brings the world’s pianist performance in your living room at your finger-tips. The revolutionary piano from the brand’s grand sector is a masterpiece that has a high-resolution recording preserving all the music, every dynamic nuance level created by the velocity of the hammer movement and every shade of resonance from proportional paddling.

Available in the D (Concert Grand), B (Classic Grand) and M (Medium Grand) variant, and various Crown jewels versions and finishes, the SPIRIO is not only a powerful instrument but looks extravagant. As the unique pianos, it has specific different physical attributes that are uncommon in other Steinway pianos. The SPIRIO has satin trim details, and the piano uses a brand new action system (although it sounds similar to the accelerated action, another Steinway patented action). Every SPIRIO is manually tuned after installation in the owner’s place. However, there have been debates about the age-old technique while other companies use the software to tune the piano; we must say the touch of an expert is always a job done better!

Every piano is accompanied by an iPad Pro that has a designated complex software which stores a library of performances from pianists from around the world—using a complex system to translate hammer velocities and pedal movements, encapsulating the exact nuances and delicacy of every note and treble realizing the entire range of emotion and motion. There are monthly additions in the library to choose from without any additional cost. The SPIRIO performances are live recorded and approved by the artists ensuring creative credibility.

Evergreen performances by the best of the pianists like Duke Ellington, Glenn Gould, Irving Berlin, Cole Porter, Sergei Rachmaninoff, and Arthur Rubinstein and more are available within the Steinway Immortals playlist. Apart from that, the ‘SPIRO r’ is a version that takes a step even further. This grand piano allows one to record themselves playing the piano and reproduces it just like the other pieces in the system. To create the perfect symphony, the system also allows editing and rearranges notes like adjusting the time, depth, and even correcting or deleting.

The SPIRIO and the SPIRIO r have successfully redefined the epitome of the conjunction of technology and art to create a beautiful canvas that can be enjoyed and cherished for years to come. 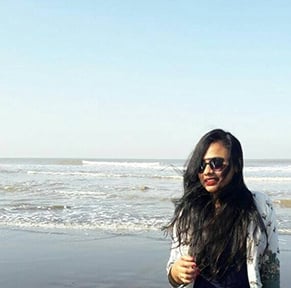 Nikita Vivek Pawar
Nikita Vivek Pawar Nikita Vivek Pawar is a luxury features writer. She likes to write about all things luxury and wants to explore the world of luxury to encapsulate the novelties and legacies it has to offer. Travelling and reading are her favourite pastime activities. On her bucket list is getting a cat and visiting Croatia and Greece.
Previous articleYamazaki 55-Year-Old Japanese Whiskey
Next articleThe Harry Winston Broadway glasses – elevating the lorgnette

5 Wellness Essentials for Your Home

Designed to enhance well-being, from differs that’ll fill your home with calming scents, to technology that helps to combat SAD, and an eco-mattress for...

There are many people who enjoy nothing better than watching their money burn and go up in smoke. They are prepared to spend a lot...