The Baglioni Hotel London has, as its major asset, a fantastic position. It’s bang opposite Kensington Palace which is the official London residence of The Prince and Princess of Wales and their children and it’s also where the funeral march of Lady Diana began and where those mountains of flowers were laid in tribute to her 25 years ago.

The hotel looks out across Hyde Park with its plane and horse chestnut trees, its boating lake, its horse riding and the cavalry’s daily ride at dawn. Nearby are The Royal Albert Hall and all the shops of Kensington’s High Street and Church Street in one direction and  Knightsbridge’s renown department stores Harvey Nichols and Harrods in the other.

Baglioni Hotels is a group founded 50 years ago by the Polito family and has its hotels mainly in Italy though it opened this London branch at the beginning of the century and soon it will open one in the Maldives. 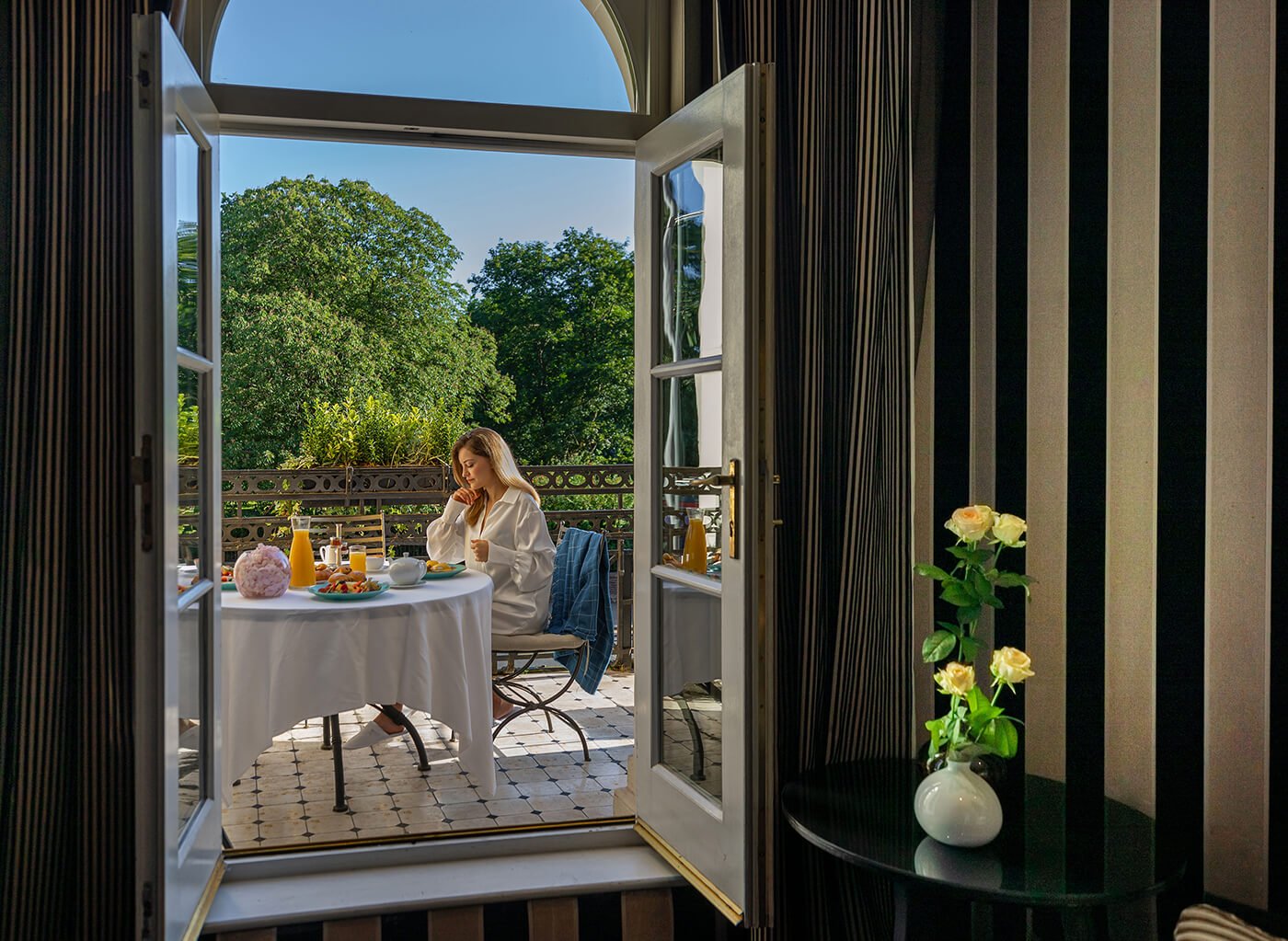 The exterior is impressive in that typically grand style of Victorian domestic architecture. A small canopy led me to the entrance and to where the secret unfolded with all the European glamour and glitz imaginable. The compact reception area, decorated with large metallic urns and golden roundels, leads on from beneath its Murano glass chandeliers to the restaurant and bar area where you can sit and just be across the day beside a heartening streamline fireplace. There are no lounge rooms as such. The overall feel, with its shining glint and gleaming allure is one of the ‘Good Time’ days referencing, as it does, the Great Gatsby. Classic, opulent and elegant. 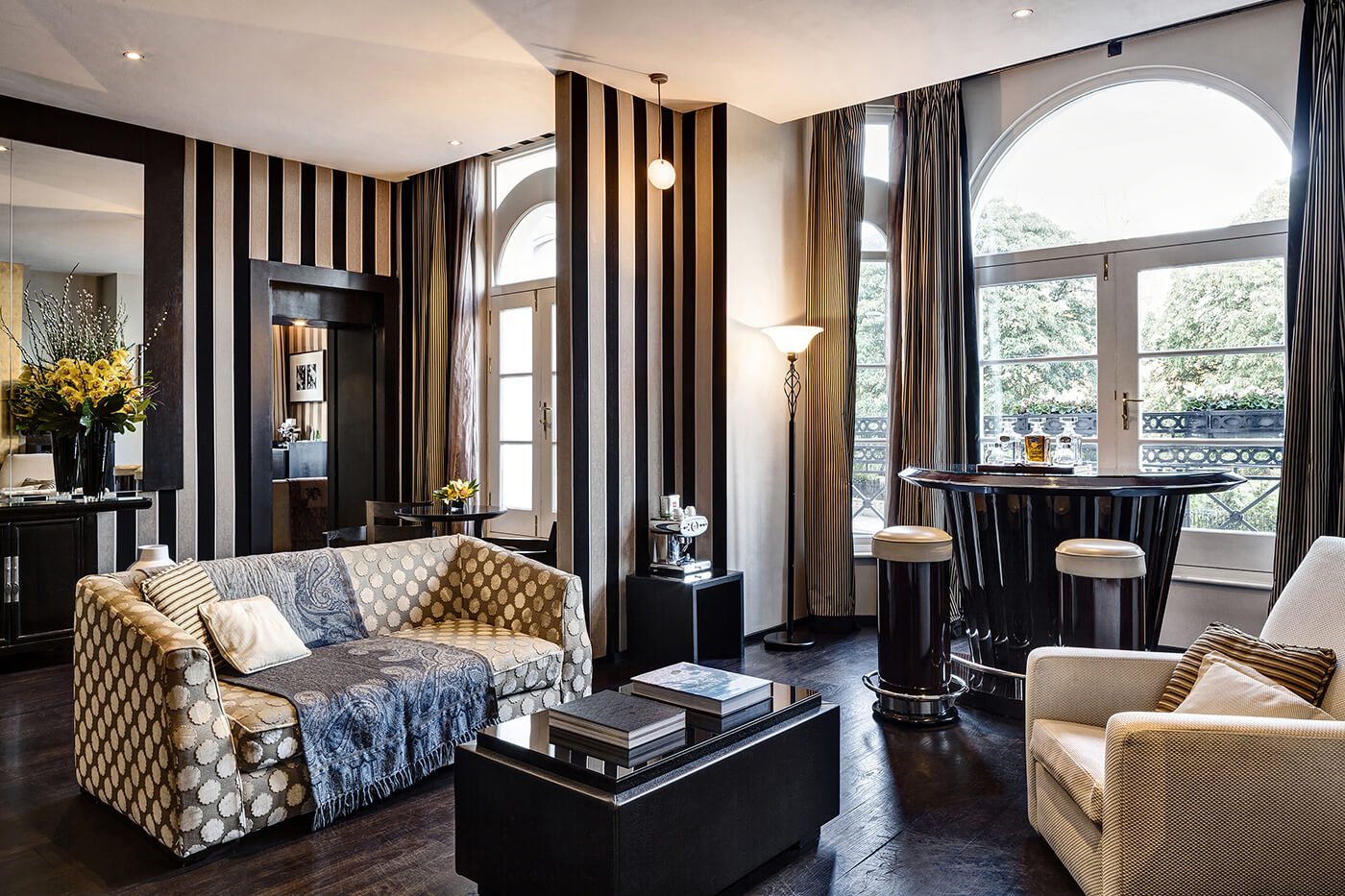 The starting rate for a Deluxe room is $485/night. All 67 rooms (most of which are suites) have polished dark wood floors, velvet-covered chairs and striped wallpaper in shades of brown giving it a theatrical feel. These grounding, earthy colors beside well-framed black and white photographs. My black marbled bathroom was spacious and classical offset by its two handmade Mexican copper sinks. It generously promoted Dellaluna Venezia products that gleamed in their gold and white sachets and housed pampering fluffy dressing gowns.

The Brunello Bar and Restaurant is named after both the Italian word for brown (the secondary color in the hotel’s décor to complement the gold) as well as the wine from the village in Tuscany. It’s a showpiece vast open-planned room adorned with the height of glamour. There’s a parquet floor, elegant golden orbs for lighting, a scattering of mirrors and relaxing background music coming from above the beige chairs. There are golden grill-shaped screens and tall vases with beautiful sprigs of fresh white soft flowers to offset the gold surrounds. There’s even a small outdoor terrace overlooking Kensington Gardens for the warmer months. 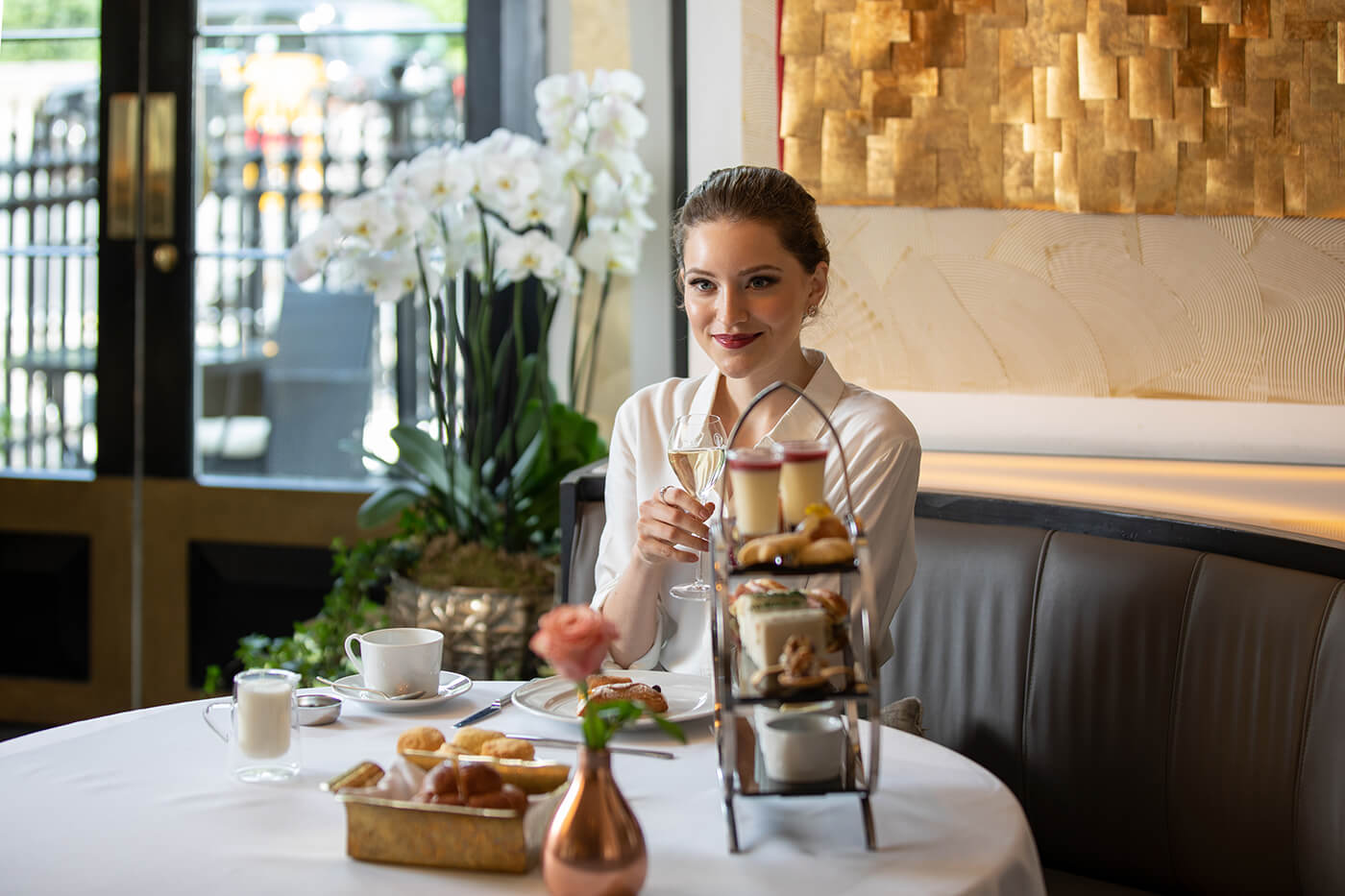 Naturally the bar offers drinks, nibbles and canapés but further opportunities are offered by Clubino, the hotel’s very own small club for private parties with its chic intimate booths and colorful wall paintings as well as its own private entrance and terrace. The spa, also with its own entrance, has both male and female steam rooms, a gymnasium and three treatment rooms for a number of massages, facials and body treatments. 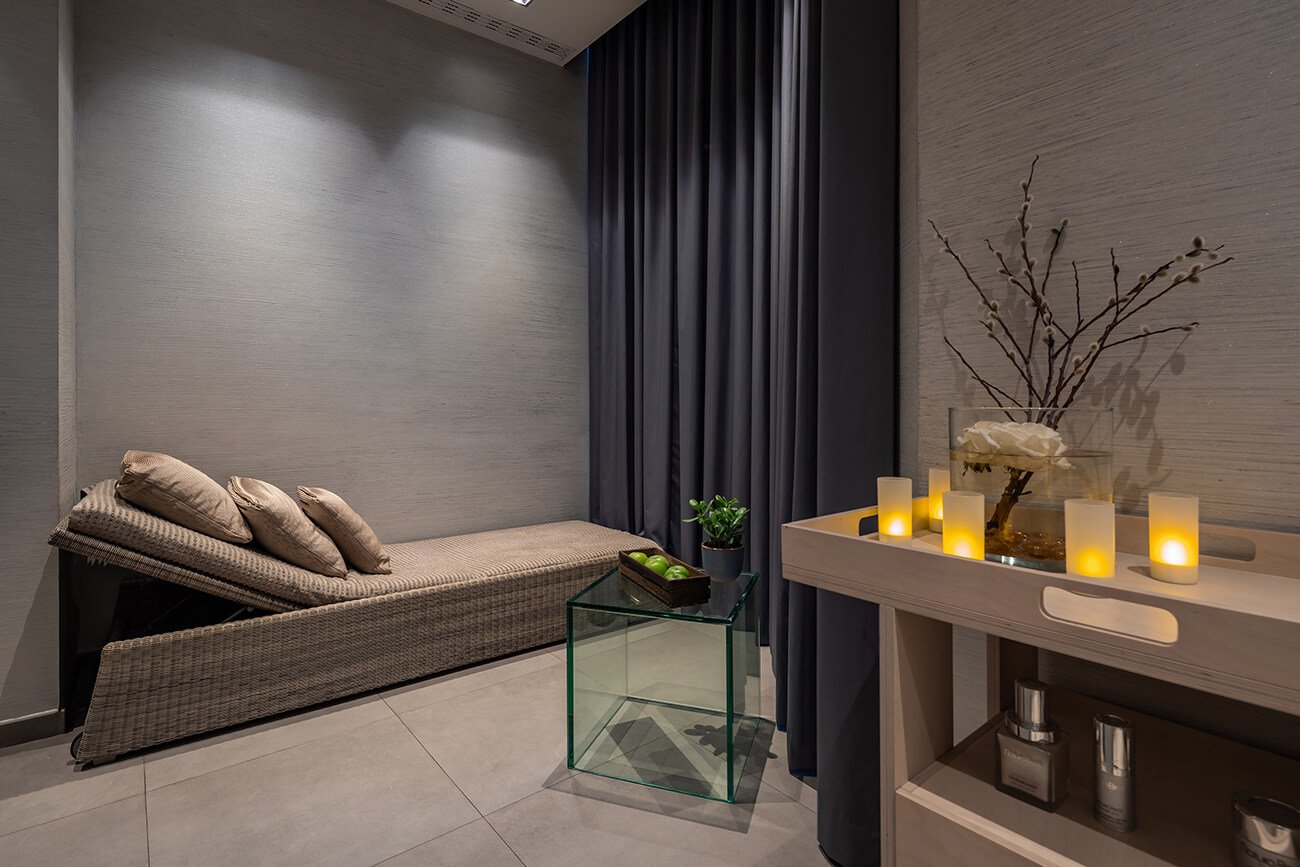 Baglioni Hotel London has a discrete setting with a warm, cozy and relaxing vibe and the Italian hospitality and service is at its typically high and attentive standard. 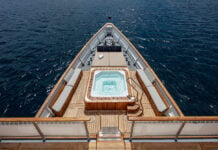 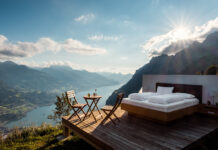 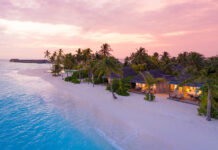