“We wanted to bring back the lost flavors of Irish Whiskey. JJ Corry was an innovator and entrepreneur. And my inspiration, He was a whiskey bonder who sold his unique malt for three pennies a glass or in a jar.

“He had his shop at 63 Henry Street, Kilrush. The town was a port receiving Indian tea, Caribbean rum, French wine, and Portuguese port. He also invented a bicycle – the Gael, which our first  60% malt, 40% grain blended Whiskey is named after. His family still lives in the parish of Cooraclare. His shop was dismantled by an antique dealer and sold to Bunratty Castle Folk Park.

“JJ provided me with a unique business model. Instead of opening as another grain-to-glass distiller, I revived bonding. It was a vital part of the Irish whiskey industry, which died out in the 1930s. I’ve brought it back. A bonder sourced Whiskey from distilleries then matured, blended, bottled,d, and branded it.” 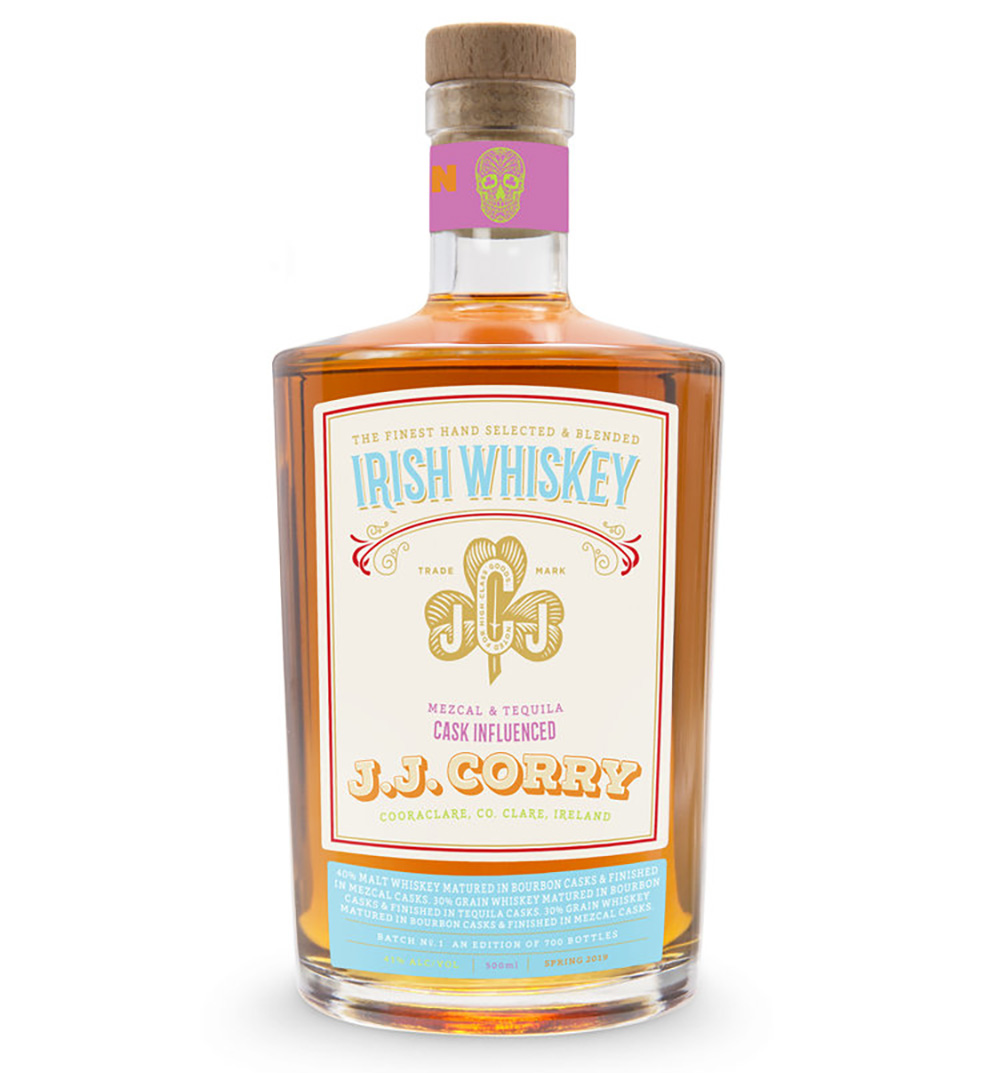 A farmer’s daughter and former glass washer,  Philosophy and Literature graduate, McGuane has worked for Moet Hennessey, Veuve Clicquot, Pernod-Ricard add Diageo. She has lived in the US, Paris, and Singapore.

“99% of those funds were raised in the US.  The Chapel Gate Irish Whiskey Company became the only Irish whiskey business to be successfully crowdfunded. We offered rewards like having a candlelit for our angel investors in Cooraclare Church and stays in our guesthouse.

“I found a source of casks, partnered with a blender, built the fermentation rack house on our family farm.

“Our Bonded Rackhouse is the only one of its kind in Ireland. It is styled after a traditional Dunnage house and takes inspiration from Kentucky and France’s maturation houses. It has a southerly facing aspect and windows, ensuring that the temperature allows for continuous maturation. The floor is nothing but clay earth with a gravel screed. We hand rack all of our casks on the bilge, which means on their sides. This is a practice that died out in Ireland. We believe that our Whiskey will benefit from the extra contact with both heads of the barrel, allowing for deeper flavor extraction from the wood. Only time will tell.

“We put our first Whiskey into cask in May 2016.  After licensing struggles, we eventually accepted the delivery of the casks in December. Ours is the first all-female Irish whiskey company.”

Bonding was once the only way that Whiskey was sold in Ireland” as distilleries didn’t bottle nor brand their whiskeys but used to sell it to third parties like JJ Corry. “This meant that there was once a wide variety of flavor profiles in Irish Whiskey, which was lost.  If there is to be a real resurgence of Irish Whiskey, there has to be bonding.

“We hope the microclimate here will have a significant effect on our sleeping Whiskey. We are between n the Atlantic Ocean and the Shannon Estuary.

The portfolio comprises  16-year-old “Flintlock” single malt, “The Battalion,” named after St Patrick’s Army, which fought for the Mexicans in the Mexican-American war, 1846-8. It has a strong mezcal and tequila cask influence. “Gael” is made mature stock sourced by Louise and made from 26­-year-­old, 15­-year-­old, and 11­-year­-old malt.

Louise hopes to reach 50,000 cases per year and is planning to build a blending facility on-site “to be able to custom blend for customers, just like JJ did. I have started working with a couple of distilleries in the US to find the flavor profiles I like.”

One hundred bottles of “The Chosen” was released last year.  At £6500/ $8200 each, it was the most expensive bottle of Irish Whiskey ever sold.  Bottled aged 27 years at the “pinnacle of maturation” and at high alcohol, by volume (52 percent), McGuane sees its a “superlative example of an Irish single malt.”

The bottle is a collectors’ item in itself. Made from hand-cut crystal by J Hill’s Standard of Waterford,  The ash cabinets come from Glasgow-based cabinet-maker John Galvin.

“The Chosen made a considerable impression globally and cemented us on the Irish whiskey stage. We landed a round of funding, which allows us to grow for the next five years.

“There’s a vast difference between value and price. I don’t like the price conversation. The point is that this is a fine whiskey presented in collaboration with Irish artists. It is a representation of the best we can be in Irish Whiskey.

“I’m not trying to re­launch or bring back a heritage brand.  J.J. Corry was a real guy and his great-­grandnephew lives a few miles away from us. He was a fascinating character. He chaired the local cycling club,  invented his bicycle, and was the only person in town who had a telegraph system. As an entrepreneur, in all the trials and tribulations I’ve faced, I always think: “Well, if J.J. Corry could do this in the 1890s, then I can do it now.”

Kevin Pilley
Previous articleSakari Life’s Beauty Chocolates, a rejuvenating agent
Next articleThree of the World’s Most Expensive and Innovative Gins