It’s only 137 yards. A smooth 9-iron. What could possibly go wrong?

Yet as I address my golf ball on the fabled 17th tee box at the iconic PLAYERS Stadium Course at the TPC Sawgrass in Ponte Vedra, Florida, a jolt of adrenaline disrupts my nervous system as I contemplate one of the most challenging shots in all of golf—a short iron onto an island green surrounded by a golfer’s worst nightmare:  water.

I assess the wind and distance to the hole, take aim at the flagstick and swing away.  As the ball leaves the clubface, a small white dot soars into the blue sky and heads towards the green.  My heart soars.  But then the wind picks up and the ball begins to drift to the left.  And drift some more.  And then some more.  As it begins its descent out of the sky, landing on terra firma looks more and more in doubt.

But the ball touches down on the perfect green grass for a moment and then, like a cruel joke of the Golf gods, it takes a hard bounce and ultimately joins the other 120,000 balls that land in the watery grave each year.  I take my penalty stroke and head to the drop zone, finding some solace in knowing that many of the top pros in the world have shared my pain.

The infamous 17th hole at THE PLAYERS Stadium Course

Even if you do not play golf, you can relish the true drama of the 17th green at this year’s THE PLAYERS Championship which returns to Sawgrass March 12-17, just a few weeks before The Masters.  The tournament, one of the most iconic on the tour’s schedule, is considered by many players to be on the level with golf’s official four “major” tournaments.  But for fans, this bucket-list experience has few parallels in sports. 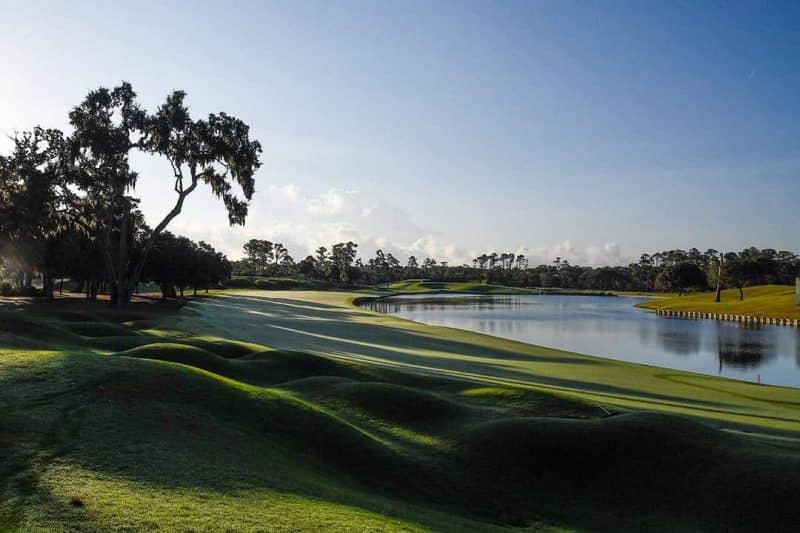 And if you really want to experience this tournament in style, inquire about the The PLAYERS Club, an invite-only, ultra-VIP, wow-factor experience that includes a private viewing space on #17 Tee and #18 Green with unlimited premium food and beverages hand-crafted by celebrated Tournament PLAYERS Club chefs and bartenders, access to unique keepsakes available only in the PLAYERS Club, a $500 VIP shopping experience at the TPC Sawgrass Pro Shop and weekly valet parking with a champagne reception.  The price?  $6000 per ticket for the 6 days of the event.

But even if you aren’t able to attend the tournament in mid-March, the area around Sawgrass beckons as a luxury travel destination with rich layers of history, great dining, golf, spa and, of course, lots of sunshine. 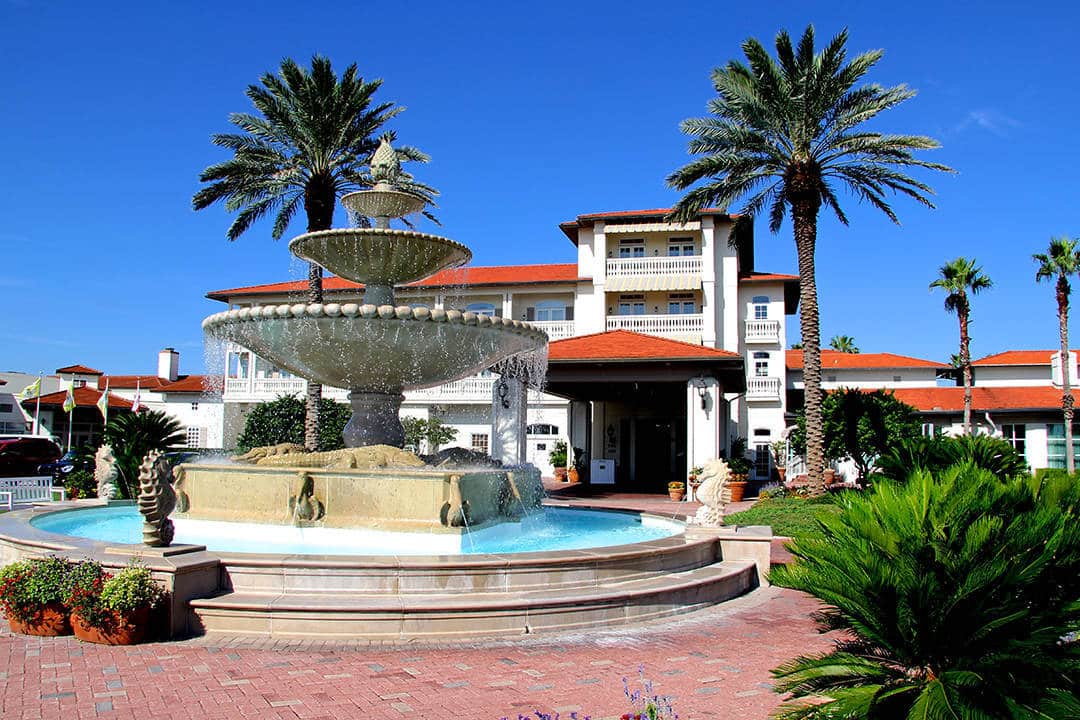 The pristine beaches and gorgeous landscaping around today’s Ponte Vedra didn’t always exist.  Up until the early 1900s, an untamed marshy wilderness of snakes and alligators possessed the land—not exactly a surf and sun destination.  It wasn’t until the discovery of valuable minerals (especially ores essential for WWI efforts) that the area began to populate in the 1910s.  The small village called “Mineral City” emerged which eventually became rebranded to the much more welcoming Ponte Vedra.   In 1928 the fabled Ponte Vedra Inn & Club first opened its doors and subsequently survived the Great Depression, WWII and a kaleidoscope of change over time.  The 300-acre, 249 room campus boasts a 30,000 square-foot spa with over 100 beauty and pampering services, two 18-hole courses and over a dozen dining options.  This property has been a holiday mecca for generations and serves as a perfect jumping-off point for the area. 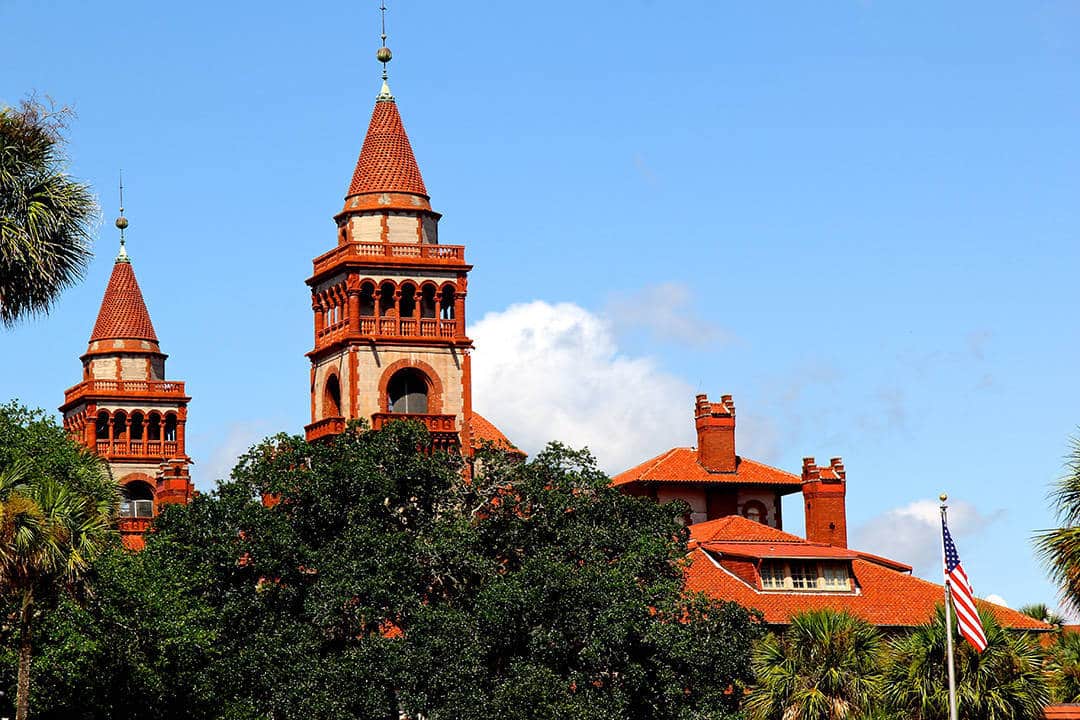 Head south on the coastal highway, A1A, and soon arrive in the oldest continually occupied city in the United States.  Originally discovered in 1513 by Ponce de Leon, the city is now a bustling hotbed of tourism, with a charming downtown area anchored by Flagler College and other historic buildings.  Enter the original coquina stone gates to the old city and amble down St. George Street, a pedestrian-only lane lined with historic homes, eateries and shops including the oldest wooden schoolhouse in the U.S.  Nearby, guarding the harbor, the impressive Castillo de San Marcos fortress dates to 1672, with a very authentic “Pirates of the Caribbean”, feel.  Just outside of the city, Cap’s on the Water plates gorgeous seafood and pours incredible cocktails as you watch the sunset over the Tolomato River.

Know if you Go

Fly into Jacksonville International Airport (JAX) which is reachable by non-stop flights from most major hubs.  The drive to Ponte Vedra is about 40 minutes and to St. Augustine about 90.

Watch THE PLAYERS Championship which takes place March 12-17.  Get tickets here.  If you have the deeps pockets to afford one of the most exclusive ultra-VIP experiences in sports, request an invite to The Players Club here.

Stay Sawgrass Marriott Golf Resort & Spa will put you as close to the tournament as possible while at the AAA Five Diamond Ponte Vedra Inn & Club is less than 5 miles from the golf course.

Eat at Caps on the Water, one of the all-time great seafood dives situated on the Tolomato River just off of Highway A1A.