In 1901, Queen Victoria and Verdi died, US President McKinlay was assassinated, Gillette was founded and Rangoon’s famous Strand Hotel opened.

It quickly became not only the landmark of Burma ( now Myanmar) and the city ( now Yangon ) but a symbol of British colonialism although it was the built by two Armenian brothers, Aviet and Tigram Sarkie, who had opened the Eastern & Oriental in Penang in 1884 and the Raffles Hotel in Singapore, three years later. 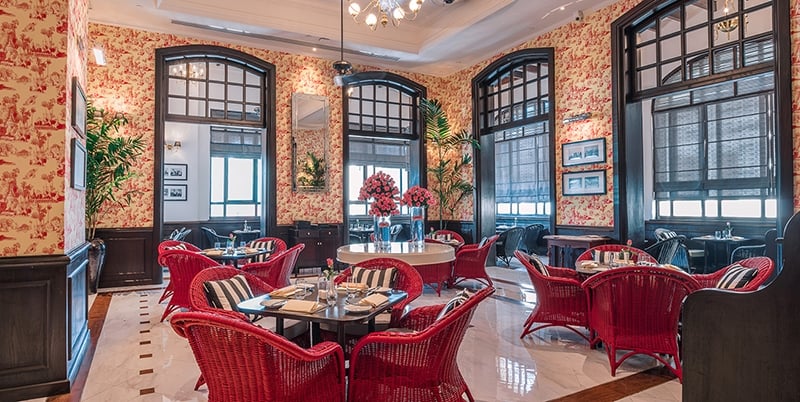 Blue-plaqued now by the Yangon Heritage Trust, the three-story, all-suite colonnaded Strand has had to move with the times. It was revamped in 1990. The headboards are original teak, windows are still teak framed and floors kept glaringly polished.

No longer, however, do guests chase bats around the rooms with tennis racquets. The mice and rates (although always very well turned out ) have gone and there is now one pool table and not six billiard tables over which your official marker once removed twig insects, gaudy moths and grasshoppers from the baize prior to your attempted cannon. 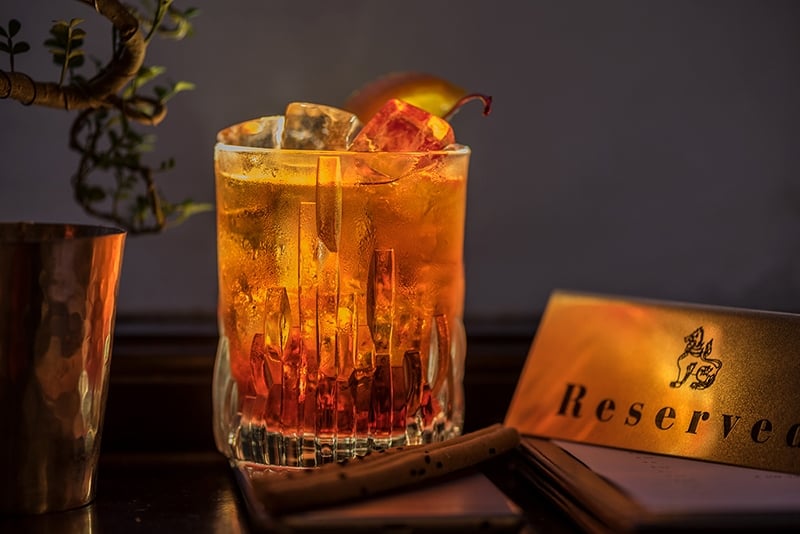 The pahits( gin and bitters) and stengahs (whisky and water ) may have gone and solar topees, white drill and colonial administrator’s knee socks now low on the ground, but the downtown Strand is getting known again.

What was once widely considered “The best hostelry east of Suez” has recently been voted “The Best Honeymoon Hotel in Asia, ” and “Best Romantic Atmosphere in Asia”. 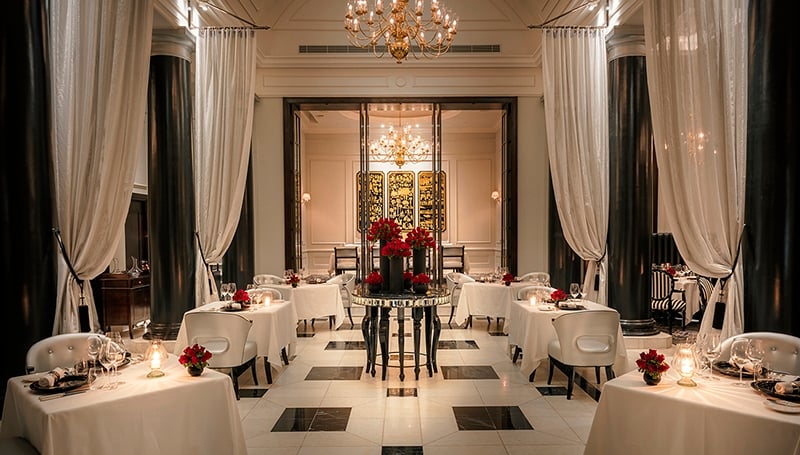 The historic Strand is now owned by a group of investors and managed by “Gap Hospitality”. Its sister properties are “The Strand Cruise” ( offering 3-5 night sailings along the Irrawaddy or Elephant River from Mandalay to Bagan ), “Yangon G Hotel” and Inya Lake Hotel. The Strand still offers “unsurpassed catering and comfort” and its 24 /7 butlers still deem your room key to heavy for your to hold let alone carry and will run to get to the door before you do. To spare the unnecessary exertion of opening and closing the door yourself.

The Jolly Brothers and the Harmonists may have been replaced by piped Ella and easy listening flute musak but the rattan chairs are still comfortable and the lacquered ceiling fans still whir as you enjoy sundowner cocktail ( now Bagan Breeze , Strand Sours and Strand Slings ) in Sarkies Bar or traditional Myanamese fish soup breakfast with plantain fritters in the stylish high-windowed Strand Café. 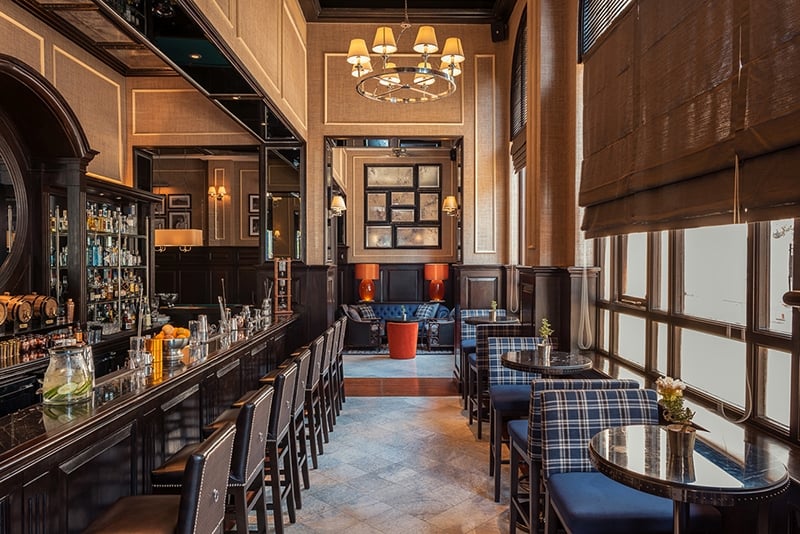 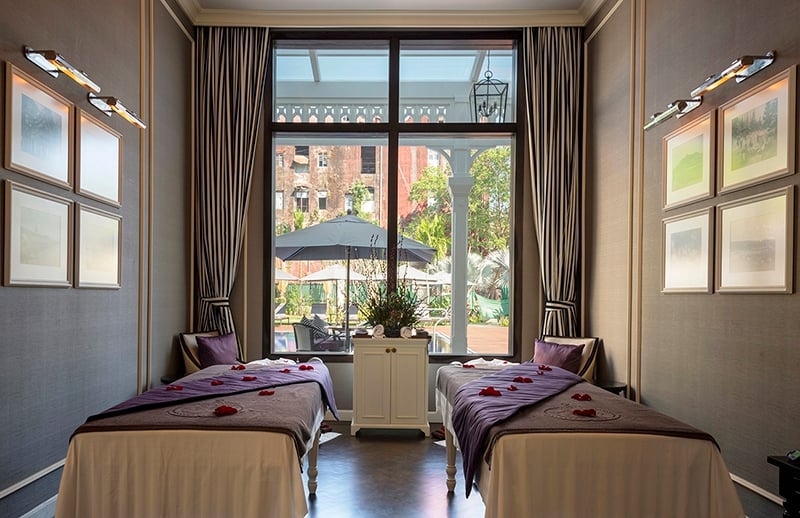 Over the road in the shadow of a bridge Mrs Chun is the proprietress of the nearest “Oet Si Phat” pork crackling stand. Around her, others fritter okra and eggplants in pressed peanut oil, offering funky faloodah, pickled tea leaf salads ,Zi Kyet noodles and spooning sticky jiggery rice onto palm leaves.

In the small market by the old wharf of old Rangoon, they still sell hairy fruit, pig part bamboo skewers and watermelon juice. But the children now have soccer shirts and south Korean film star haircuts. 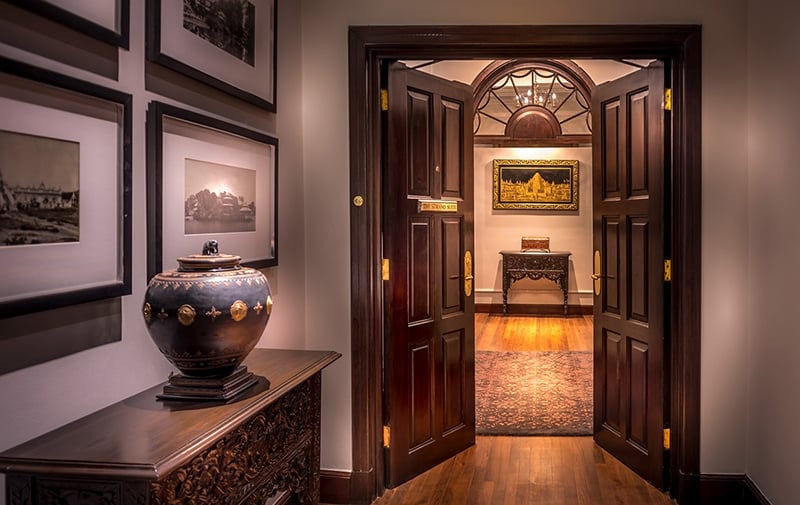 Back in the nostalgic Strand, its $6 for a bottle of Evian and a week’s local wages for a bottle of Myanmar Monsoon Valley Shiraz . In the capital of the former pariah state of Myanmar, you can enjoy French Chef de Cuisine Xavier Fauvel’s $54 three course a la carte dinner with wine pairings , finishing with imported cheeseboard. The hotel’s first chef was a pupil of Escoffier and lobster was the signature dish. Now you choose between crab tartare, lobster spinach ravioli, roast river prawn bisque, aoli-steamed fish, mango Pavlova and Hennessey XO.

These days The Strand has a swimming pool, fitness studio and a spa, eccentrically offering neck and bust firming along with the ritual of a $20 afternoon tea. The Strand is now more boutique than grand. But always a must place to visit or stay. 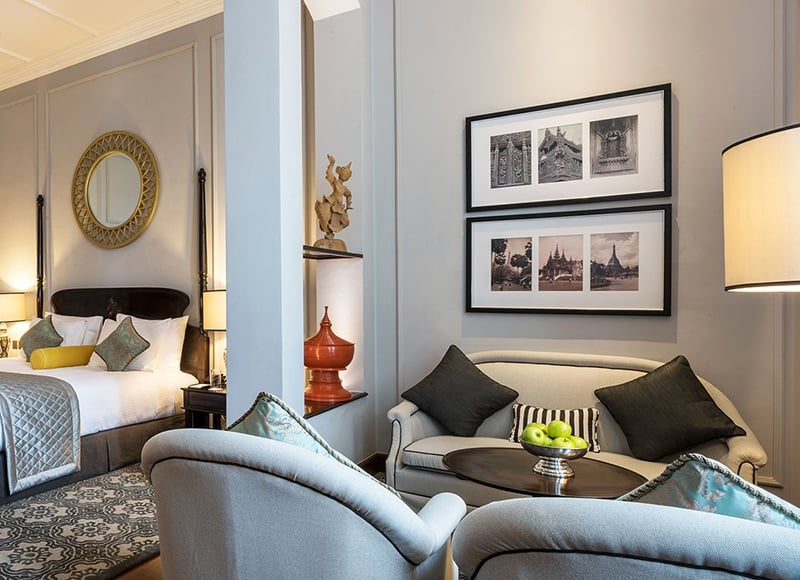 For $10 an hour, Mr Hla Htay’s person people- carrier is available to take you to see the Shwedagon pagoda, temples , churches and the Secretariat building- the Victorian-colonial architectural masterpiece and former seat of the British administration in Burma. Which now has a KFC. He’ll take you to Scott’s market and help you haggle over a shirt, longyi sarong or a parrot. And direct you to the local currency exchange shop where authorized money changer Mr Victor will show you his collection of old coins and bank notes including a pre-war “nickers” (£1) and a Benjamin Franklin dollar with a misprint.

He’ll also buy your 200 kyat( chat) ticket on Yangon’s Circular Railway which allows you to spend three hours and thirty cents seeing the sights and travelling into the paddyfields while vendors tempt you with quail eggs, shred cauliflowers in front of you and try and set the record for carrying the most bananas and melons on your head in a moving train. 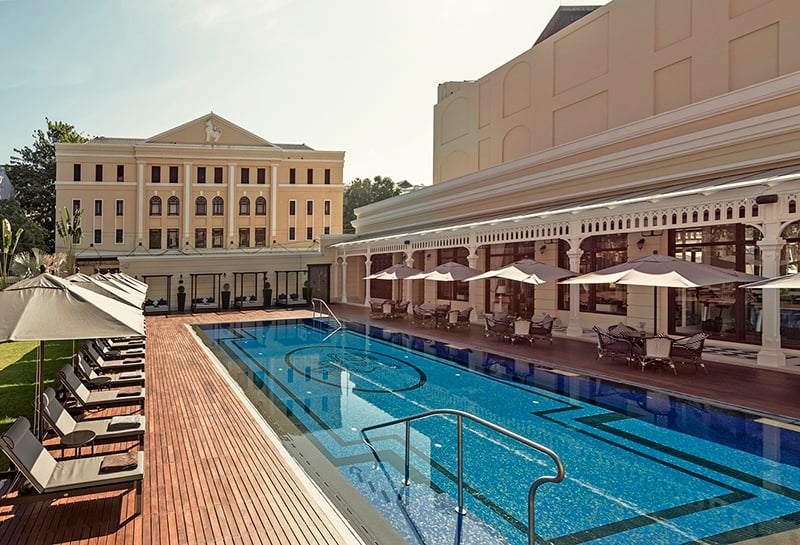 There may be no Uncle George, the master of the of flowers, or a post office any more but it’s good to get back to the forever-cool Strand, be bowed at by Mr Ko Saw the doorman and see Miss Lu Lu’s beaming face as she alerts your butler- in our case, Ko Win Hlaing Soe – to our return so he can bring ys the paper to read about the local watermelon glut or to ring the barman at Sarkies, formerly a bakery and stables for the Japanese army, to order us a reviving tincture or restorative in a highball. To toast the day passing and those ahead. And the times when The Strand required ladies to wear national dress for dinner. You may also permit yourself to feel a little sad that no one seems to know how to tie a half-decent cravate any more. And rue – very briefly – that all prices are subject to 5% government tax and 10% service charge.

Vahdam and TWG Teas are The Finest Tea in the World

Is there any tea to better Connecticut’s Harney & Sons? Or better than Jade Leaf? Who can afford Da Hong Pao at $1.2m per kilo...
Read more

Since its first conference in New York City in June 1967, CES® has taken center stage for innovation, showcasing breakthrough and futuristic technologies. From...
Read more