Upscale Celebrity Chefs and their Swagger

Most of us don’t like to boast or brag, chefs included. It brings out the bashful in even the biggest giants. With that in mind, and with a beautiful tasting palate in tow, ULM has playfully granted carte blanche bragging rights to some of the latest (not so latest, tried and right) and the very greatest in the culinary industry, and gleaned some of their unique claim to Chef Fame. 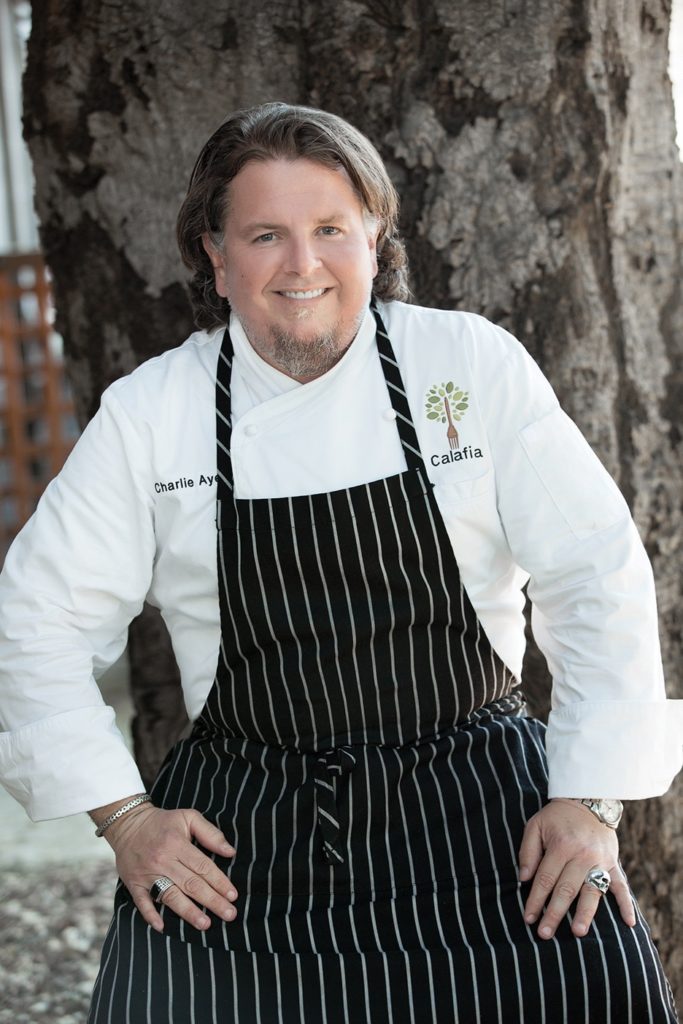 Chef Charlie is most widely known as the former executive chef for Google Inc., a position he won in November of 1999 in a cook-off, judged by the company’s 40 employees. By the time he left Google, Chef Charlie Ayer and his team of five sous chefs and were serving 4,000 lunches and dinners daily-all of the same quality and variety as in that initial interview. He and his cafes were featured in the New York Times, London Times, France’s Le Capital, the Washington Post, The Food Network, and many others, as well as occupying an entire chapter (“Charlie’s Place”) in David Vise’s book, The Google Story. Also, Chef Charlie has had the pleasure of cooking for such luminaries as Bill Clinton, Jimmy Carter, Al Gore, Madeleine Albright, Colin Powell, Mikhail Gorbachev, the Sultan of Brunei, Queen Noor of Jordan, Robin Williams and Gwyneth Paltrow. Chef Charlie just opened his new Calafia Cafe and Market a Go-Go in downtown Palo Alto, the goal being to provide the greater public with healthful, artisan-style, sustainable cuisine in a fast and affordable format.

Where and how were you trained?
I attended culinary school at Johnson & Wales University in Providence, RI, in the mid-1980s.  I trained under a master chef from Greece who specialized in fish and seafood

What is your favorite wine?
I tend to drink Pinot Noir when I drink wine. It’s my wine of choice before anything else. I am noticing a trend of bolder and bigger wines paired with foods that have bright and big and spicy flavor profiles.

What do you do to stay current on new trends?
I tend to travel quite a bit to some of my favorite US food cities: New York City, Chicago, New Orleans, Los Angeles, Dallas, and Denver. I have many fellow chef friends in each of these places, and I make it a point to visit their restaurants and competing restaurants. It allows me to see what’s hot and what’s going on in other parts of the nation.  It also serves as inspiration for new dishes at my restaurant in Palo Alto. In my travels, I’m happy to see one trend catching on throughout the country. That trend is reducing food waste, and it’s something we’ve been doing for years at Calafia Cafe. In the kitchen, it is easy to reuse everything from the green tops of carrots to the tops of strawberries to the small purple leaves under the cauliflower. It’s nice to see people repurposing waste for decorative or edible purposes. Even the pulp from our juice bar goes to the local chicken farmer. I’m also noticing the trend of the pop up of more and more Life style-focused restaurants: Vegan, Gluten-Free, and Paleo.  I also see the fast-growing trend of more raw food – juicing restaurants and Poke Bars.

Is there a chef you admire the most?
I would have to say that I would be a chef friend of mine by the name of Ken Oringer. I worked with him long ago in Boston and Providence, long before either of us had reached any level of success other than paying our bills and having enough money left over for a beer, food, and gasoline. Ken now has several restaurants across the East Coast. He does all the great meal and wine festivals across the US and is often featured in magazines and television programs.  But success hasn’t changed him, and he’s still the same guy that crashed on my couch for six months in the east bay of SF in 1990. It’s rare nowadays to see or know someone who hasn’t been changed by success.

What are your three favorite places to eat in the world?
I would have to say Paris, London, and Tokyo. 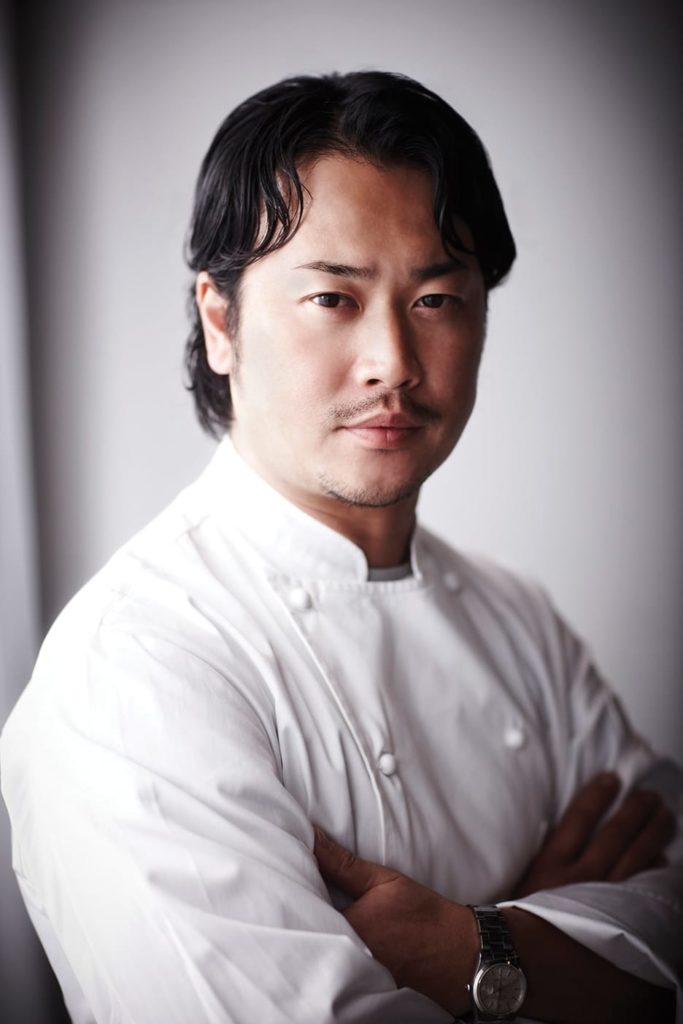 With over twenty years of experience, Chef Makoto Okuwa has developed his take on Japanese cuisine, where traditional Edomae-Sushi meets innovative flair. Chef Makoto’s introduction to the intricacies of Japanese cooking began in his hometown of Nagoya, Japan. At the age of 15, Makoto apprenticed with Sushi Master Makoto Kumazaki; his study continued under the tutelage of legendary Sushi Master Chef Shinichi Takegasa. After ten years of training in Japan, Makoto moved to Washington, D.C., where he began to work closely with Iron Chef Morimoto and was soon asked to assume the Head Sushi Chef role at Morimoto New York and Morimoto Philadelphia. In 2005, he was recognized by the James Beard Foundation for outstanding contributions. In 2007, Makoto received a New York Rising Star Chef award by StarChef.com. Following these accolades, he also made several appearances on the Food Network’s original “Iron Chef America” alongside his mentor Iron Chef Morimoto. In 2007, Makoto fulfilled a lifelong dream by opening up his restaurant, Sashi Sushi + Sake Lounge in Manhattan Beach, California, where he remains a partner. In 2009, Makoto was asked to appear on Iron Chef America as a competitor, allowing him to showcase his extraordinary culinary expertise. At his new namesake restaurant in Bal Harbor, Makoto continues to evolve his style of crafting playful, exquisitely presented dishes that pay tribute to Japanese tradition.

Where and how were you trained?
I started working in a sushi/Kaiseki restaurant in Japan when I was 15 years old. Right after I graduated from junior high school, it was an old fashion way to learn the necessary skill from dishwasher to sushi chef and Kaiseki chef.

What is your favorite wine?
Sparkling – Not just For Breakfast Any More – everyone likes to drink sparkling any time of the day, sometimes even on ice. Excellent Wine by-the-glass Options. Anything but Napa and Bordeaux – there are fantastic Italian, Australian, and South African wines on the market recently.

What do you do to stay current on new trends?
Read magazines or social media to stay in touch with many people who I think are trendy. As my current profession, I always noticed food/restaurant-related trends.

Is there a chef you admire the most?
Chef Yoshihiro Murata. His food is intense and thoughtful. Japanese called “kiwi terasanai “nothing fancy but very shape, and grateful. Very difficult to explain by the words. He isn’t chasing the trend. But he is the tradition and real deal.

What are your three favorite places to eat in the world?
French Landry – (Napa US), -Goura Kadan (Hakone ryokan, Japan) and Beirut – Lebanese (Panama City Panama)

Chef Peter X. Kelly is the founder and owner of Xaviars Restaurant Group, which includes four of the most critically acclaimed restaurants in New York State. Peter owns and operates Xaviar’s at Piermont, The Freelance Cafe and Wine Bar, Restaurant X & the Bully Boy Bar, and X2O Xaviars on the Hudson. These restaurants have been recognized with the industry’s most coveted awards and accolades, earning The New York Times highest rating (extraordinary), The Mobil Travel Guide Four-Star Award, The Dirona Award, the Restaurant News Dining Hall of Fame, Wine Spectator’s “Best of Award of Excellence,” and a 29 out of 30 rating by Zagat’s Survey.  He has also been recognized as a New York State Restaurateur of The Year, and was nominated for the prestigious James Beard Award as “Best Chef in the Northeast.” For more than three decades, Peter has set the standard for fine dining. As an experienced, talented, and successful entrepreneur, his contemporary American Cuisine provides his guests with a unique dining experience by combining exquisite food with outstanding service.

Where and how were you trained?
I am self-taught, never attended culinary school or worked in a kitchen before opening my first restaurant in 1983 (other than as a dishwasher)

What is your favorite wine?
My favorite style of wine is Burgundy, specifically Red Burgundy from the Cote Noir La Tache DRC 1985. What is trending now is a move to more esoteric wines being offered with pairings. While it is always fun to discover a new wine or viticulture area, this trend is being driven by the high cost of established brands and winemaking regions.

What do you do to stay current on new trends?
I travel a lot and dine out as often as possible to see what chefs from different areas, states, countries are doing. I think the number one trend for the past several years has been the casualization of dining. Not sure this is a good thing for the excellent dining segment. In the kitchen, undoubtedly housemade charcuterie and whole animal usage (nose to tail) on menus are seeing a lot of development.

Is there a chef you admire the most?
I think Jean-Georges Vongeriecten is the preeminent chef working in America today. He has, for the past 25 years, managed to set a very high bar for all others to emulate. His commitment to the product, as well as guest satisfaction, is astonishing.

What are your three favorite places to eat in the world?
L’Arpege in Paris, Jean-Georges NYC, Galatoire’s New Orleans. 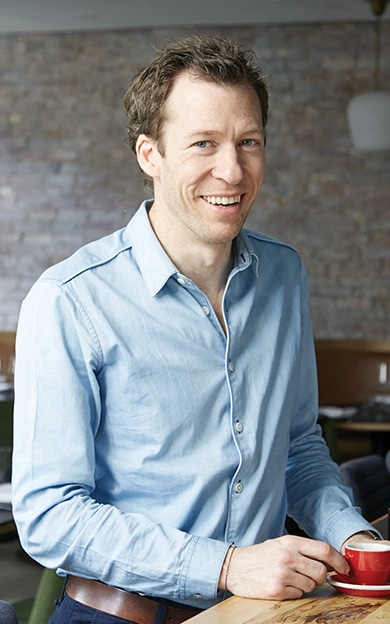 In 2013, Chef Ryan Hardy opened Charlie Bird with Sommelier Robert Bohr. Located in the SoHo section of NYC, Charlie Bird’s Italian-inspired menu showcases Hardy’s inventive culinary style and inherent passion for quality products and service. In February 2016, Hardy opened Pasquale Jones again, partnering with Bohr and adding Grant Reynolds to the mix as a partner. His menu highlights the restaurant’s two Stefano Ferrara ovens, delivering “Neo-NY”-style pizza from one and roasted meats and vegetables from the other. The restaurants both offer a superb wine experience, featuring a moderately priced collection of 200-300 French- and Italian-focused selections. His talents and numerous accolades have been showcased in feature stories and appearances in Food & Wine, Martha Stewart Living, The Martha Stewart Show, Cooking Light, Wine Spectator, Saveur, GQ, The New York Times and NBC’s Today Show.

Where and how were you trained?
I traveled a lot after college – San Francisco, New York, and everywhere in between. I found myself cooking along the beaches of Martha’s Vineyard with the incredible seafood, started a farm in Colorado to learn about vegetables, pigs, hens, and eggs and then headed to Italy for further work. I’m not traditionally trained through some school – I have an accounting degree if you can believe that – but I always followed my passion and curiosity to learn new techniques and new flavors.

What do you do to stay current on new trends?
Eat, read, travel, repeat. I avoid trends in the industry. If we look to the wine world as inspiration, the best winemakers in the world tend to hone their craft and become more efficient, more consistent rather than upheavals in trends – I like to follow a similar approach with food and let nature guide me through the construction of a dish.

Is there a chef you admire the most?
One of my favorite chefs is Michel Troisgros. His ability to have an incredible lineage, two beautiful restaurants, and one of them in a barn speak to my inner farmer!

What are your five favorite places to eat in the world?
New York, Rome, Gallipoli (Puglia), London and Mexico City 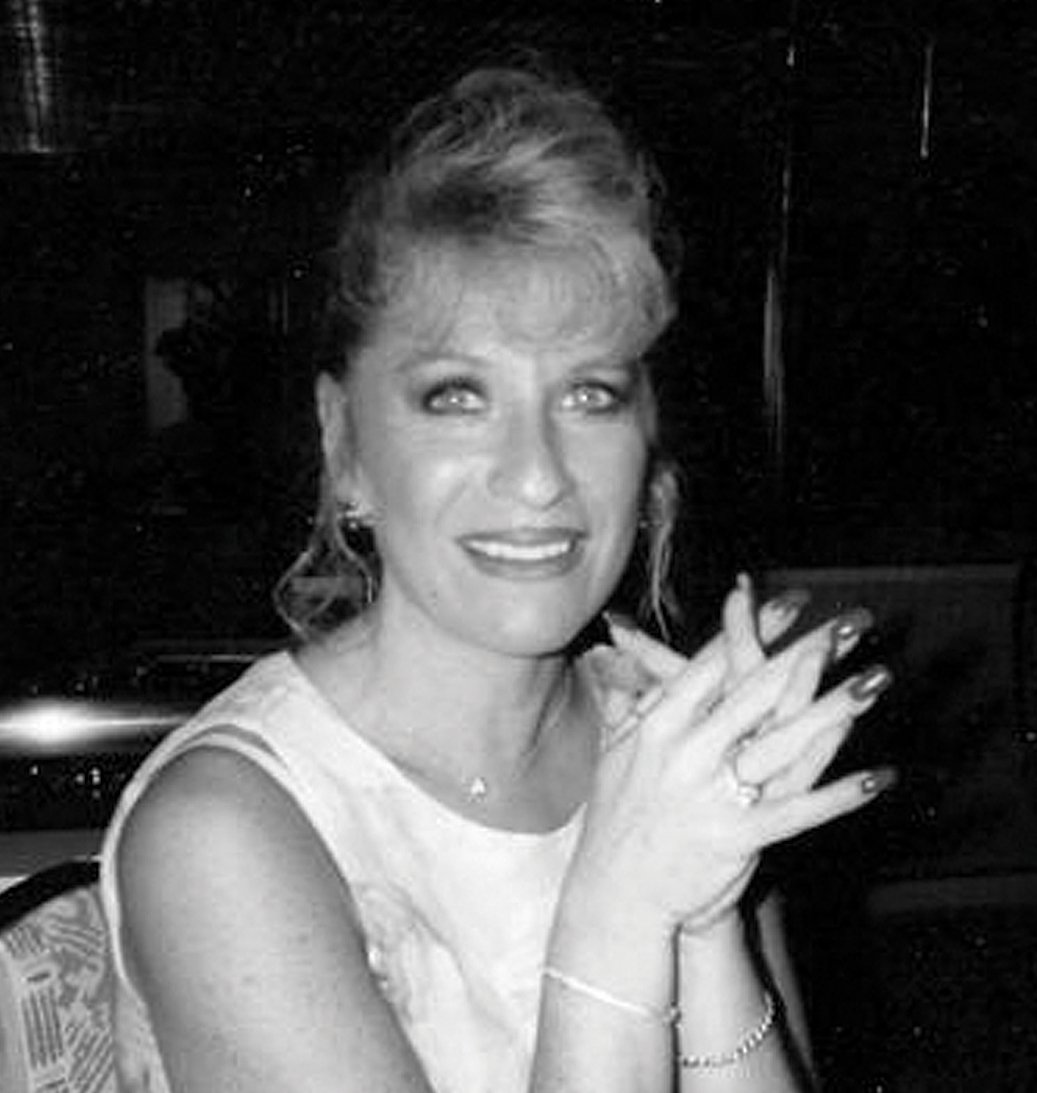