The seaport city just 113 miles south of the Canadian border, is the largest city in both the state of Washington and the Pacific Northwest region of North America. As one of the fastest-growing major city in the US over the past six years, Seattle’s heritage goes back nearly 4,000 years with a rich Native American history. Initially settled by Native Americans, the area was named Seattle in honor of Chief Si’ahl – commonly spelled Sealth in the city – of the local Duwamish and Suquamish tribes. Originating as a logging community, the city has recently become headquarters to aerospace giant Boeing and corporate monoliths such as Microsoft, Starbucks, Nordstrom, and amazon.com.

Located between the saltwater Puget Sound to the west and Lake Washington to the east, Seattle’s sea, rivers, forests, lakes, and fields are abundant. The hilly city has over 5,540 acres of parkland and is home to the Olympic peninsulas along with the Olympic mountains lie to the west of Puget Sound and Mount Rainier the fourth highest peak in the contiguous US and can be seen from all areas of the city. Although Seattle is forever known as a rainy city, a fun fact is that it actually rains less in Seattle than in New York, but the constant fine mist through the months of November and March lead to one of the most picturesque green backdrops.

And for those oenophiles, Washington is the second-largest producer of premium wine in the country, with more than 900 wineries across the state. Within its city limits, Seattle has over 25 urban wineries and even more tasting rooms inviting guests and locals to explore the robust offerings of Pacific Northwest’s wine. From the heart in SODO Urban Works that is home to nine wineries to its annual Taste Washington, the nation’s largest single-region wine and food festival at the end of each March, Washington has earned national and international acclaim for its wine and grows nearly 70 different grape varieties.

Between stalwarts like Pike Place Market and Space Needle, the burgeoning restaurant and cocktail scene, Seattle provides the opportunity to mix an outdoors and opulent travel weekend. 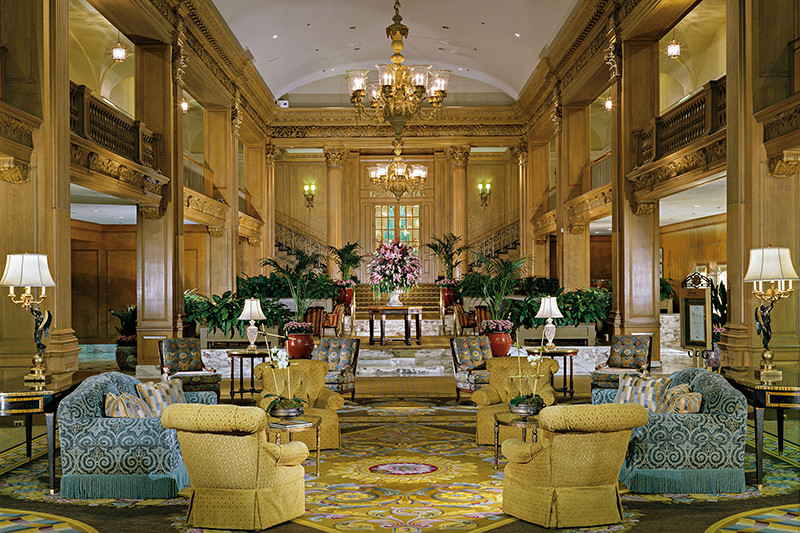 The Fairmont Olympic Hotel. Photo courtesy of the hotel

Seattle is home to numerous luxury hotels providing sophisticated and stylish accommodations in and around the city’s bustling downtown. In the past year, Seattle’s hotel offerings have grown substantially with nine new properties, including the State Hotel and The Sound Hotel Seattle which opened in early 2019 and the Hyatt Regency Seattle and Palihotel Seattle, which opened in late 2018.

Defining luxury in Seattle since its opening in 1924, Fairmont Olympic Hotel melds classic elegance with mid-century modern room décor. After undergoing renovations in the mid-1980s and in 2016, the hotel has redefined sophistication in the Emerald City and added to its long-standing reputation as Seattle’s finest hideaway. Renovations saw all guest rooms and corridors to be updated with mid-century modern décor and contemporary artwork showcasing the Pacific Northwest. The hotel is also home to the Penelope & The Beauty Bar which offers the most advanced skin care and body treatments available and its signature restaurant The Georgian which offers afternoon tea (the only downtown Seattle dining option offering traditional afternoon tea service on weekends) along with breakfast, lunch and dinner; Shuckers oyster bar and much more.

Over the past 40 years, one thing has remained true to one of the oldest continuously operated farmer’s markets in the U.S., it has remained a market place strictly for small businesses and purveyors. The six-level nine-acre historic district features fresh fish and produce stands, arts and crafts, ethnic groceries, gift stores and much more and welcomed its first expansion in the past 40 years in 2017. The new MarketFront connects the main arcade via the Desimone Bridge inviting 47 new day stall tables. Make sure to stop by Pike Place Fish Co. to see them throwing all types of fish, to popular vendors such as Pike Place Chowder and Beecher’s Handmade Cheese. A good way to get the history and into the heart of the market is by taking a curated small group food tour of Pike Place Market with Savor Seattle. Learn from their knowledgeable guides about the history of the bustling market while sampling bites from some of the market mainstays and newcomers, both delicious alike. For an extra special peek into the market, get up early and join for one of their VIP Early Access Tours. 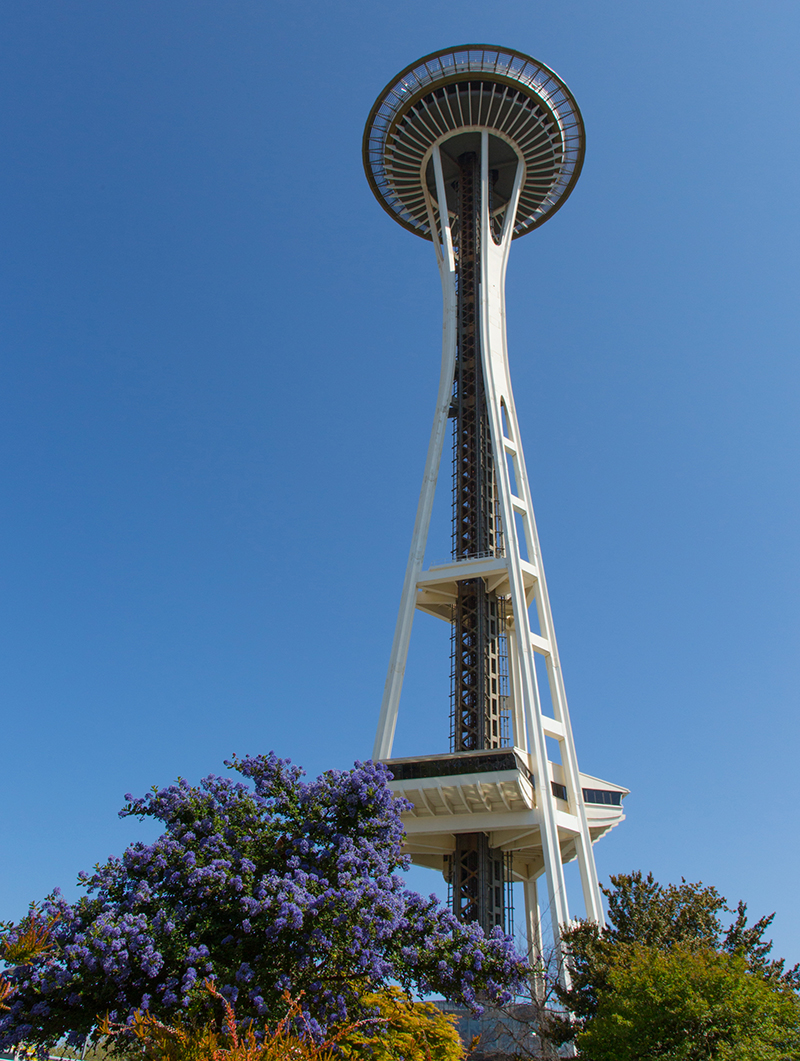 Synonymous with Seattle, the 605’ Space Needle soars high above the Seattle skyline and an ever-popular tourist destination. Built as the centerpiece of the 1962 Seattle World’s Fair, the Space Needle now features floor-to-ceiling glass observation level 520’ above ground with 360° views of the Seattle skyline Puget Sound and the Cascade and the Olympic Mountains. The newly reimagined viewpoint high in the sky also features The Loupe, the world’s first revolving glass floor. 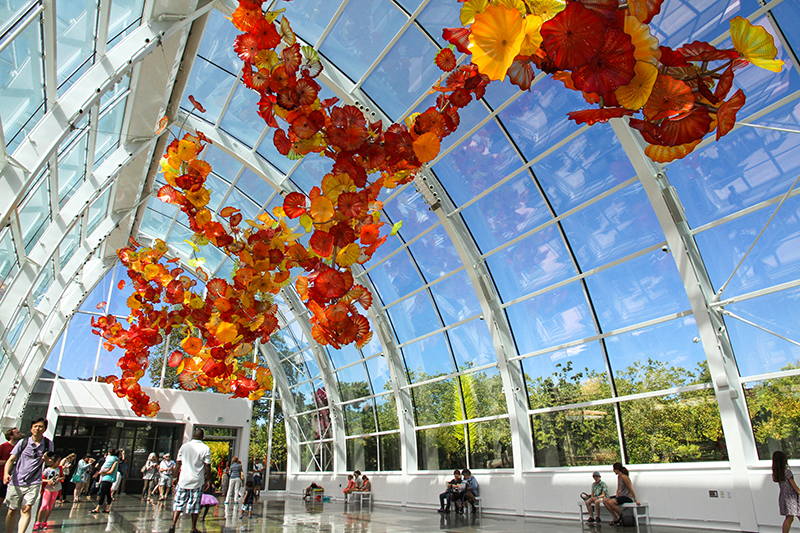 In Seattle Center’s 74-acre campus, Chihuly Garden and Glass showcase the comprehensive collection of Washington-native Dale Chihuly’s work and inspirations. Encompassing an indoor viewing area with large and small pieces, a greenhouse-like Glasshouse exposed to the sun with glass on each side and above and an outdoor garden with more of his works. Outside is also a small hot shop offering visitors an inside look at the process of blowing glass where guests can learn the intricacies of this art form. From Oct. 17-20, the Exhibition will be part of the city-wide glass festival called Refract (refractseattle.org), which will highlight the region’s glass art community.

At the end of Pier 57, the 175-foot Ferris wheel is equipped with 42 Euro-designed with the modern comforts of heating, air conditioning, and plush seating. Extending 40-feet out from the pier, patrons can enjoy stunning views of Elliott Bay, the Olympic Mountains, and the Seattle city skyline. Adjacent to the Great Wheel, check out Fisherman’s Restaurant and Bar where chef Nick Novello has created a meticulously sourced seafood menu served up in a variety of ways ranging from the traditional bucket of mussels and clams or a house-baked sourdough bread bowl of chowder to imaginative entrees like pine nut and walnut crusted pacific cod or shrimp brodo with house-made ricotta dumplings.

Evergreen Escapes pairs the best guides in the Pacific Northwest with picturesque scenery and in-depth knowledge about the beauty surrounding Seattle & Portland creating unforgettable trips. For those looking to get out of the city and enjoy the stunning nature that envelopes these two hip urban hubs, their guides afford travelers the opportunity to take planning out of the equation to see and experience epic outdoor adventure and fantastic regional wine first-hand. Guests are picked up at their accommodations and driven into the wild, spending time hiking, exploring, and learning with award-winning educators – stopping for lunch and snacks (paired with Northwestern wine) in the gorgeous places.

If after all that hiking, you need a bit of indulgent relaxation so be sure to book a treatment at Elaia Spa located inside Hyatt at Olive 8. Opened in 2009, Elaia offers a holistic menu of luxurious spa services connecting guests to the goodness of the earth. From holistic massages and rejuvenating body wraps to wrinkle-reducing facials and pampering nail care, the 15,000-square-foot facility uses carefully sourced and organic ingredients. Featuring 12 spacious treatment suites, a 65-foot lap pool and hot tub featuring a saltwater purification system, gender-separate locker rooms are equipped with a sauna and steam room. Some signature treatments include the: Oxygen Glow Facial, Market Fresh Manicure, and Pedicure, La Stone Massage or Floor Thai Massage which can be both added onto with CBD Hemp Muscle & Joint Balm targeting areas with the most soreness.

WHERE TO EAT AND DRINK

Situated in the Queen Anne neighborhood Canlis has been a Seattle institution for fine dining since 1950 with a wine cellar that has been recognized for 22 years by Wine Spectator Magazine. Serving North American cuisine, guests are welcomed into a midcentury-modern home to dine on contemporary Pacific Northwest fare. In its dining room with views of Gas Works Park and the Cascade Mountains, diners enjoy an award-winning four-course menu with an outstanding wine selection, including many from Washington.

With the goal to establish a friendly, community based vegetarian restaurant close to home, three local Seattleites opened Cafe Flora in 1991. In 2008, the place received a refreshing and added a bar area with seating but continued to stay true to its core of utilizing local, organic and sustainable produce and herbs and building strong, direct relationships with Washington farms. Carrying its eco-conscious efforts beyond its menu, it features a garden atrium that brings al-fresco dining to guests year-round centered around a fountain with natural stone accents and trees. Serving creative vegetarian cuisine, Cafe Flora boasts a Breakfast & Lunch, Weekend Brunch and Dinner menu with customer favorites including the Vegan Cinnamon Rolls, Oaxaca Tacos, French Dip, and Southern Breakfast Platter. 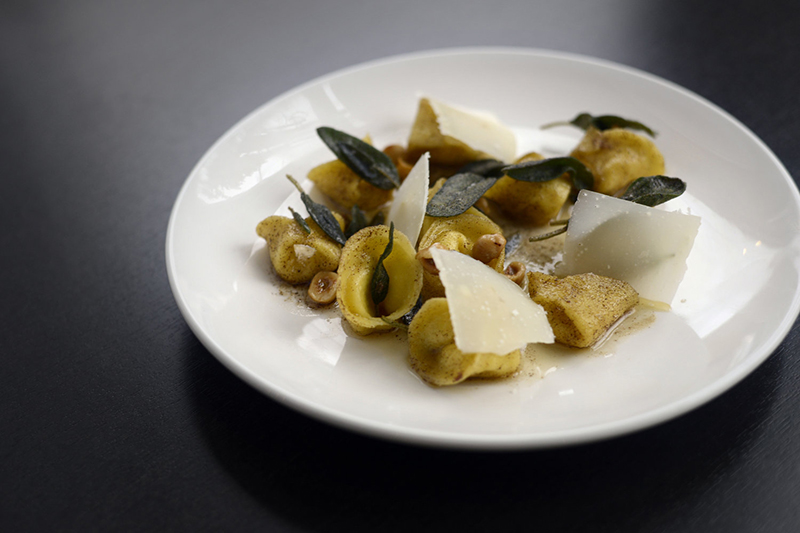 In January 2018, Executive Chef and Restaurateur Brian Clevenger opened Le Messe in Seattle’s Eastlake neighborhood. Clevenger’s fourth restaurant in Seattle stays true to what he is known for, an assortment of house extruded pasta, fresh local vegetables, and a variety of seafood dishes. The sleek, minimalist space seats 50 along with an outdoor patio that seats 20 and boasts a no reservation chefs counter. Guests at the counter get an up-close view to the open kitchen where Clevenger prepare the full menu, as well as additional daily selections such as fresh burrata, crudos, made to order mozzarella and a chef’s tasting menu.

Gathering “the goodness” to help create a healthy world, Harvest Beat is Seattle’s premier fine-dining vegan establishment. Offering one seating at 7 pm each night Wednesday through Saturday, diners can take a bite from their ever-changing prix-fixe menu alongside hippie art and under the glow of candlelight. Jan and Aaron Geibel welcome 60 diners a seating to take part in the five-course set menu with both alcoholic and non-alcoholic pairings. 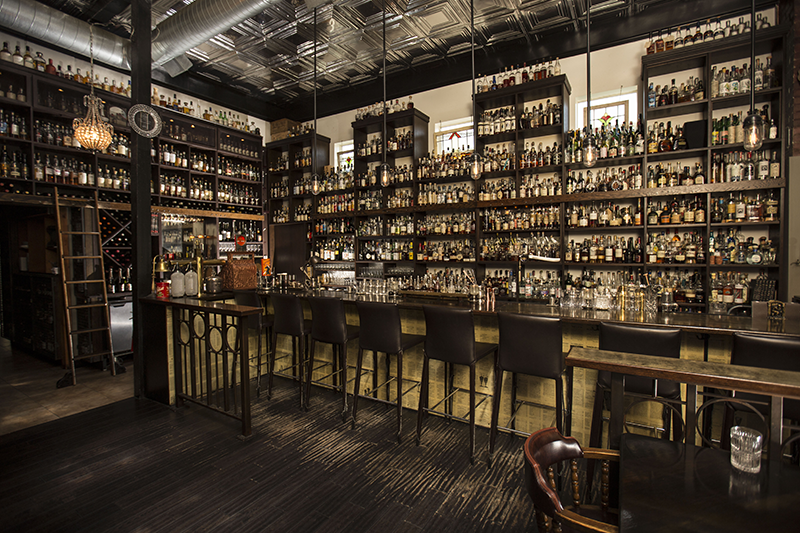 Internationally acclaimed bartender Jamie Boudreau opened canon: whiskey and bitters emporium in 2011 on Capitol Hill. The intimate 450-square-foot bar imparts a timeless feel from its Angostura-stained mahogany and birch bar to its impressive display of bottles up to the 20-foot soaring ceiling. With each shelf being four bottles deep, canon also stores a total upwards of 9,000 bottles in the hallways, the armoire, office and a whole area downstairs where it’s climate controlled and safer. Along with featuring one of the world’s largest cocktail menu featuring more than 150 cocktails, it will also offer the world’s largest collection of vintage whiskeys to taste. At 4000 different labels and counting, their vintage collection features spirits as old as 1870 with its most expensive pour being the r.h. haan vop rye bottled for col. franklin w ward, c. 1900* at $1950. Pairing with its impressive and hard-to-find whiskeys is a menu based on fresh and seasonal ingredients and their chef’s whims.

Awarded the 2018 title for Best New American Cocktail bar at the prestigious Tales of the Cocktail in New Orleans, Navy Strength is a funky Seattle paradise, offering tropical cocktails. Renowned Seattle bartenders Anu and Chris Elford opened the bar in 2017 and won the 2017 Reader’s Choice Bar of the Year from Eater and the prestigious People’s Choice at Bar Fight Club just a few months after opening, launching the quick success of the bar. With innovative tiki-inspired cocktails, their ‘travel menu’ shines brightest as it explores little-known flavors around the globe. Previous menus have focused on the flavors of India, Peru, Philippines, Morocco, and Oaxaca, while the bar also proud to push sustainability, intersectionality, and immigrant’s rights.