Ulusaba – Heaven on a Hilltop

Situated in the Sabi Sand Reserve in South Africa, adjacent to Kruger National Park, you will find Ulusaba, which translates to ‘place of little fear’. A lodge and area rich in history, the local Shangaan tribe had the upper hand during any battle, using the hills as an outpost for the tribal chief and senior warriors.

Enter visionaries who thought it apt to take advantage of the vantage point, with the construction of Rock Lodge taking place in 1983 and an access road built in the same year. 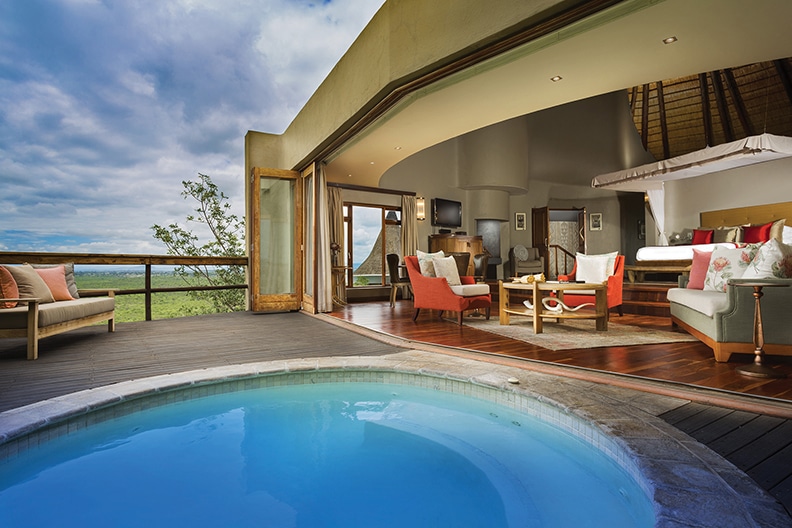 After Sir Richard Branson purchased Ulusaba in 1994, a complete rebuild of Rock Lodge and Safari Lodge took place. The Treehouse Suite at Safari Lodge came to fruition in 2008 and the following year saw the completion of the Cliff Lodge Suites at Rock Lodge. With only 21 rooms spread over two lodges you can expect the attention to detail and exclusivity you deserve.

Ulusaba is situated in one of the most pristine areas in the reserve, with 13,500 hectares (about 33,000 acres) of open bush, making it a game viewer’s paradise. The elevation of Rock and Cliff Lodges offer unrivalled views of the surrounding areas. 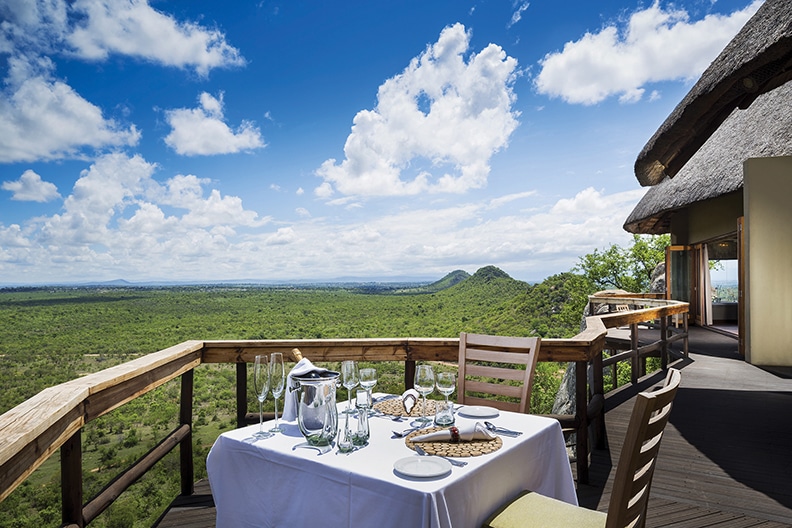 A dusty winding road takes you to the reception area, located at Ulusaba’s airstrip. The bluest of skies and friendliest of faces meet your arrival – Ronel stays in touch with you throughout your journey to ensure that you have not taken a wrong turn. She expertly hands you over to your ranger and tracker team, who ensure that you are well looked after for the duration of your stay. 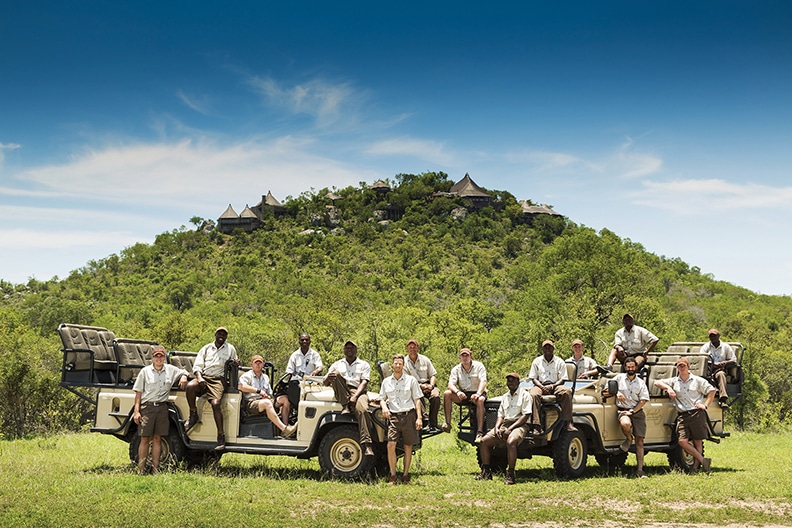 We are placed in the skilled hands of ranger Phillip and tracker David, who together load us and our luggage into the waiting Land Rover. The wind is whipping about and I wonder how we will make it up the steep 37 degree incline. Phillip manoeuvres the vehicle and its contents proficiently to the top and we are greeted by our gracious host, Anél. 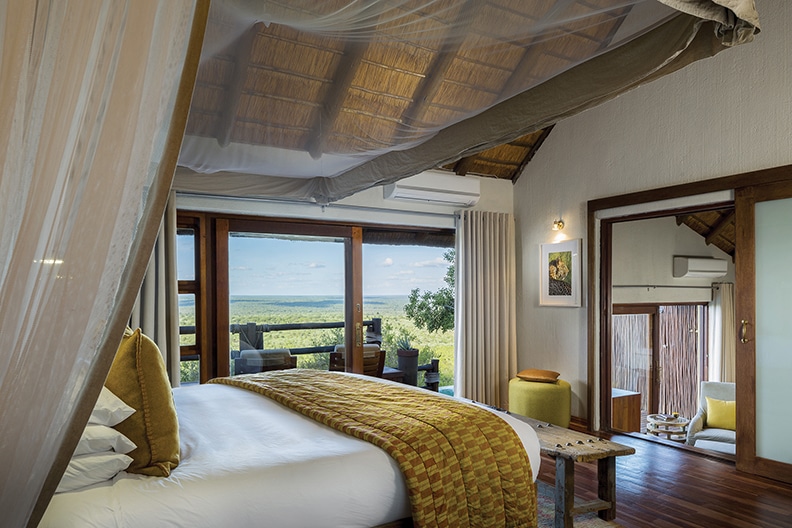 Our accommodation for the next two days is Makwela Dusk at Rock Lodge and from our veranda you can see forever and beyond. Creature comforts make your stay so much more luxurious: imagine a four-poster mosquito-net draped bed, white percale linen, fluffy white towels and a fully stocked inclusive mini-bar. Should you fancy a swim, you can dip into your infinity edge plunge pool while surveying the surrounding areas for grazing wildlife. 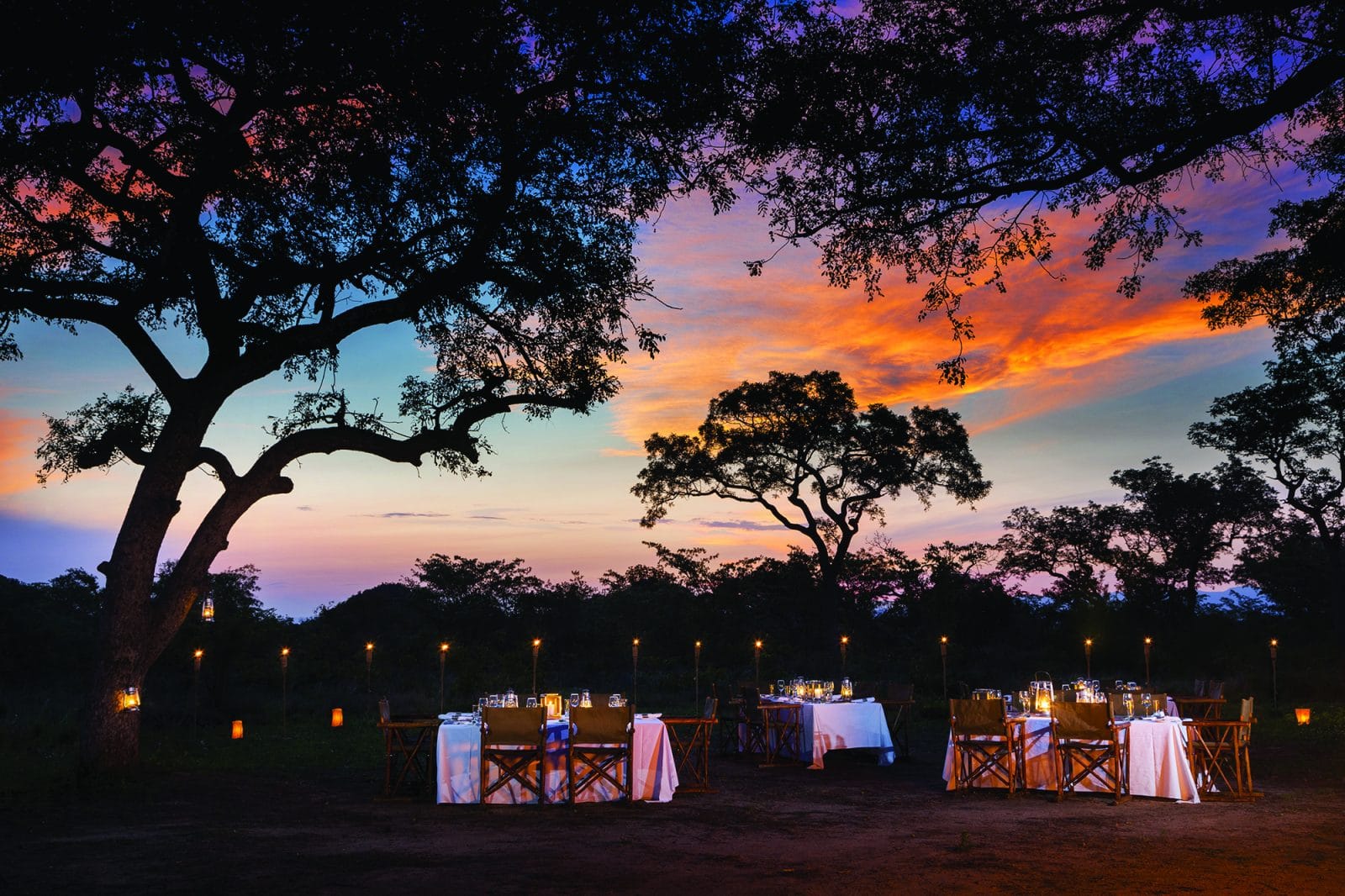 Meals are aplenty when you stay at Ulusaba, at least seven throughout the day. Your day kicks off with pre-game drive beverage and snacks, followed by game drive tea, coffee or hot chocolate and snacks (muffins or rusks) and breakfast at the lodge when you return from your drive.  Lunch is followed by high tea and then it’s time for your late afternoon / evening game drive where sundowners and snacks (chips and biltong) get served. Back at the lodge, a gastronomical feast awaits you – three choices of starters, main course and dessert and there is always a vegetarian option. You will never go hungry at Ulusaba! 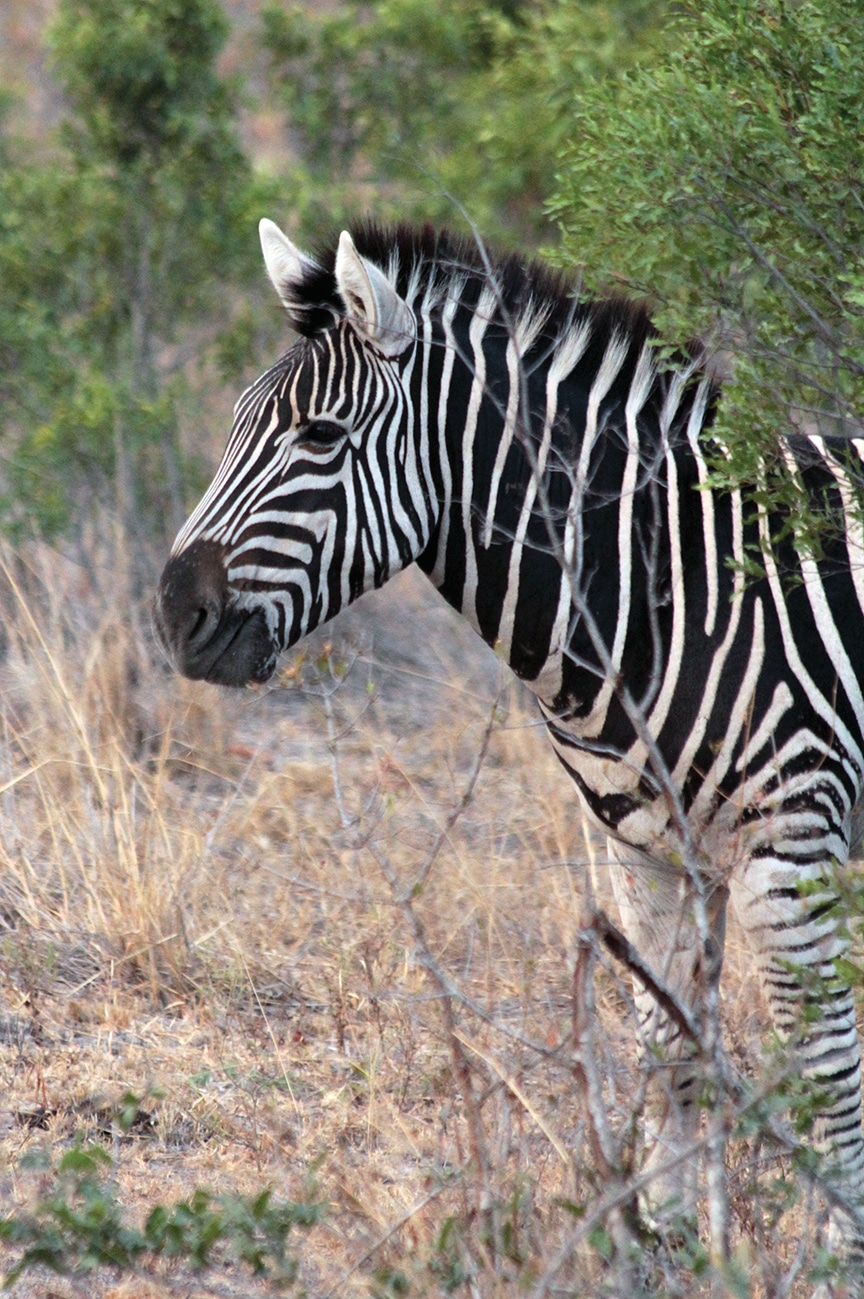 My favorite part is always the animal viewing and we were incredibly fortunate in our sightings. Our first game drive yielded wildebeest and zebra. A surprise waited in the tree with a full-bellied leopard suspended from the branches, with hyenas lying in wait for morsels from his kill to drop to the ground.

Few things rival a sunrise or sunset in the African bush, and we had our fair share of these spectacular marvels. Morning had broken and we were greeted with an elephant and her two calves languidly feeding on branches. A giraffe sashayed into the foreground and his silhouette completed the picture.

Phillip listened intently to what someone was saying on the two-way radio and there, around the corner, they came into view – two lionesses and three sub-adult cubs. Our next sighting was a leopard strolling casually to have a drink, lapping up water while sniffing the air for a female who was safely veiled on the opposite side of the river bank. On our way back to camp, we saw the cutest critters – some dwarf mongoose!

More excitement was in store during our late afternoon drive when we found a cheetah on an impala kill. As she glanced upwards, she saw two hyenas approaching, hissed at them and backed away as they stole her kill right from under her.

The next morning’s game drive showcased buffalo, elephants and a female leopard calling for her cub. As we drove back, elephants were feeding along the road and we had to stop as animals have right of way at Ulusaba.

It’s time to leave and we are all saddened. At Ulusaba, you feel as though you are part of a family. My only regret? Not staying longer!.  www.virginlimitededition.com/en/ulusaba

{Thank you to Virgin Limited Edition for making our stay possible. Opinions expressed are the author’s own.}

Helene Ramackers
Heléne Ramackers is a freelance journalist who enjoys interviewing local and international celebrities but thinks she has found her calling amongst the travel writing fraternity. A creature comforts girl at heart, she loves all things opulent.
Previous articleAnantara The Palm Dubai Resort
Next articleLuxury Automobiles