Especially before Easter, as the season starts and when the traffic is reasonable and it’s not too taxing, when things are just opening up and the staff have more time and there’s a catching undercurrent of excitement for the season ahead when it’s quiet around the lake and when the boats are a rarity upon it. Take a copy of by far the most interesting and informed book on the area ‘111 Places in Verona and Lake Garda That You Must Not Miss’ by Petra Sophia Zimmermann.

I guarantee a dreamy time. And it’s where you can witness what the Italians do best: ‘dolce far niente’, taking pleasure in relaxing.

I came first to the lake’s Gardone Riviera early one evening I walked up inland, using the lake as my compass, beyond the Torre San Marco used by Mussolini for romantic trysts to the village of Gardone Sopra. Here the narrow, winding lanes have shrines to Mary and pastel buildings with iron grills, plants, and cats. And here, close to the Vittoriale Degli Italiani, once the home of the poet Gabriele d’Annunzio, is Patrizia’s lovely Locanda Agli Angeli restaurant, where I savored its confidently small menu.

I stayed at the town’s historic Grand Hotel Gardone. I loved my double-balconied room and drawing the pulleys of the blinds to reveal the morning delight of the sparkling lake and the sun already shining directly over the pool with the birds acting as the predominant sound.

The hotel’s ‘Il Giardino Dei Limoni’ restaurant overlooks the lake and was lit by a full moon: the perfect romantic setting for my eclectic dinner consisting of ‘ravioli with lemon on basil cream with crayfish and crunchy pine nuts’ followed by a ‘light yogurt mousse with candied pineapple, ginger served with sage syrup’. The local wines were a subtle white ‘Pilandro Lugana’, and a hearty red ‘Tenuta Roveglia Ca d’Oro Cabernet Sauvignon Garda’.

One morning I was met punctually at the wooden wharf by the chirpy, cheerful Captain Mirco Cavagnera in his stunning handmade leather-seated and mahogany framed boat. He offered me one of his bespoke outings from Beeboatservice and he reveled in sharing his infectious passion for being out on the lake from which the towns and villages reveal their full frontage and glory with the hills behind.

At the town’s Savoy Palace, I stepped in to enjoy a dinner comprising of ‘spaghetti with broccoli cream, sheep’s ricotta cheese and roasted almonds’ followed by an ‘entrecote marinated with herbs and lemongrass’ and I tucked into the delicious salad bar. For local wines, I drunk the white ‘Turina Lugana’ and the red ‘Fattoria Ca’Granda’.

Further along the shore, I was in for a special treat en route to Villa Bettoni. I pressed an old-fashioned bell and looked through the glass at two horse-drawn carriages to be met by the owner who gave me an intimate tour of his villa as he unlocked keys to rooms that opened up pieces of his forebear’s history at this, his 17th century home. The villa is the consequence of a former Count Bettoni’s profits from the lemon trade which no less than sixteen brothers inherited to expand. There were elegant frescoes and statues and a fusty library full of archives and documents.

And it was a mile further along in Gargnano that I was next to stay at Villa Giulia. The interior has airy rooms that lead off handsome corridors. There are Austrian prints and pictures, a piano and traditional and homely furniture. The bedrooms, both in the villa as well as in the annex and grounds, ranging from light and modern to large with antiques, beams, and balconies with fabulous views. The zeitgeist spa is stylish, chic and contemporary, promoting its ‘Purify’ and ‘Excite’ paths, with a Himalayan salt rock in the Salt Room, a jacuzzi, a steam bath Turkish style, ‘Emotional Showers’ and a Finnish Sauna. 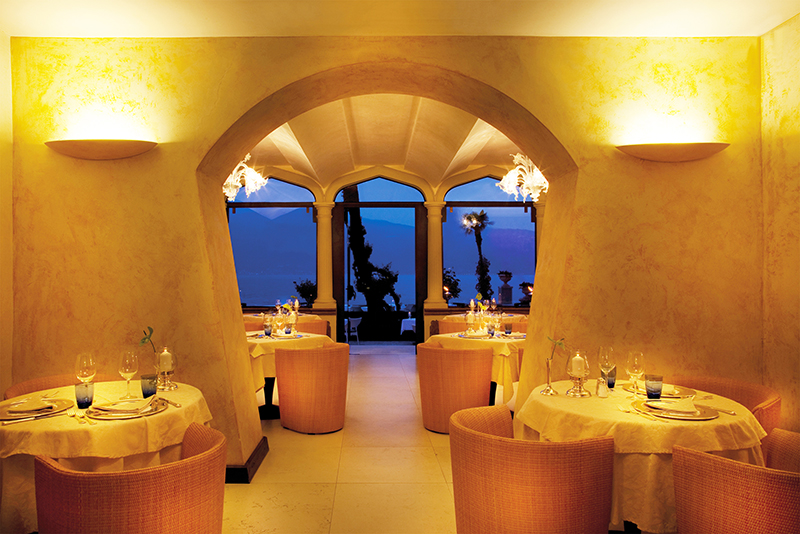 The hotel restaurant begins theatrically with a selection, as an aperitif, of different waters from the ‘hypomineral’ to the ‘low mineral’ which I imagined coming straight off the snow-capped mountains opposite. The waiters, alerted from their monitoring positions behind their screens, glide smoothly across the tables that are adorned with Anthurium pink flowers, tub chairs, linen table cloths and kept immaculate with crumb sweepers. Chef Maurizio Bufi delivered his delicious ‘asparagus, avocado, Caprino cheese, and black truffle’ but the real masterpiece was the ‘ravioli with Pecorino cheese, peas, asparagus, broad beans, and kumquat’. To drink with the courses I tried the local white ‘Bellavista Convento Santissima Annunciata’ and red ‘Don Vicente Pratello Nero per Sempre’ and, for pudding wine, ‘Lugana Riserva Sergio Zenato’.

The next morning I went further up the lake to the ‘Porto Vecchio’ at Limone. It was straight out of the film ‘The Talented Mr. Ripley’ as I spotted far out my boat to the watching admiration of the local tourists who stopped tinkling their coffee spoons to grab their mobiles as this showcase of a lovely sailing boat arrived with her two-man crew, taking up the entire stretch of the marina to moor.

For I was to board the oldest boat on the lake, the Siora Veronica. Built-in 1926 and owned by the son of an English woman it was restored twelve years ago and is now up for sale. It’s an iron boat, sleeping six people, weighing 22 tons and 24 meters in length and it was originally used to deliver wood and rocks. It’s an absolute beauty.

Soon it was time to travel the one hour’s distance to Verona and to my next hotel, Hotel Due Torri whose rooftop bar promoted the current fad of an Aperol Spritz, a bright orange combination of sweet liqueur and fizzy Prosecco which is truly refreshing with its bitter-sweet aftertaste. The mezzanine breakfast area seemed to take more dogs than owners as a result of the leniency of the epauletted staff. As for my room, the primrose walls were covered in framed gold and mint damask silk and fabric and the parquet floors, Murano chandeliers and traditional wooden furniture, as well as the pale salmon pink marble bathroom with gold fittings, all made for a stylish stay.

I went to the Roman arena. Though it’s obviously more exciting to see a performance, you can visit it anytime but get there early by 8.30 am ahead of the queues. The other great tourist attraction is Juliet’s Balcony but it’s not factually accurate as Shakespeare only mentioned a window, not a balcony and this romantic pilgrimage is now an unedifying scrum of selfie sticks and Instagram hunters leaving the rest of the city mercifully free of crowds.

Classic Collection Holidays (0800 047 1064), offers 3 nights at Due Torri Hotel, Verona from £912 per person. Price based on 2 adults sharing a classic room on a bed & breakfast basis and includes return flights from London Gatwick to Verona and private transfers.

Adam had further support from www.gatwickexpress.com and www.holidayextras.co.uk (who offer airport lounges at all major UK airports and many international destinations). 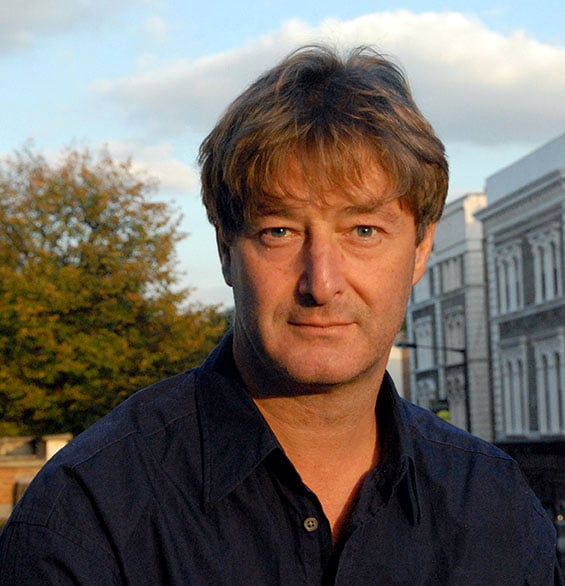 Adam Jacot de Boinod
Adam Jacot de Boinod is a freelance international journalist covering the world's languages, cultural comparisons, and travel destinations. He worked on the first series of the BBC program QI for Stephen Fry and is an author on languages.
Previous articleHotel Commonwealth Royal Rivalry Package Fit for a King or Queen
Next articlePlan Your New Business in the Best Possible Way