Ode To Kandinsky | The profoundly Russian watch brand, Alexander Shorokhoff’s new timepiece is an ode to acclaimed artist Vassily Kandinsky. Inspired by the work of the avant-garde Russian artist, the brand has christened its new piece in his homage. Celebrating German watchmaking, the Kandy Avantgarde is a successor to ‘Miss Avantgarde,’ an earlier best seller. The myriad colors on the watch ace do not create chaos, as all elements like the dial, hands, case or strap have been combined with each other. The case is angular, whereas the dial and case back are round. The straps come in several colors, while the deep red and black colors of the dial are combined with pastel light blue or orange. The Kandy Avantgarde, featuring a calibre 2892 ETA movement, is limited to 100 pieces.| alexander-shorokhoff-shop.de

Back With A Bang | Hublot was back with a bang at Baselworld 2018, unveiling a showstopper. The Big Bang Unico Red Magic, which took its R&D team four years to ideate and develop, is ‘the first vibrantly coloured ceramic.’ The vivid red symbolises power, passion and glory and is achieved through a major innovation whereby a fusion of pressure and heat sinters the ceramic without burning the pigments. Also, the new material is harder than conventional ceramics. The Big Bang Unico Red Magic’s 45 mm case and bezel are made from Hublot’s patented red ceramic sporting a polished finish. The flange, indexes, minute and seconds counters, Arabic numerals and hands are in the same red hue, contrasting with the mechanism of the Unico HUB1242 manufacture movement and its column wheel, visible on the dial side through the sapphire crystal. This theme encompasses the entire watch, matched with a lined structured red rubber strap. With just 500 pieces released, you might want to get your hands on a Red Magic soon.| hublot.com

Starry Sky | De Bethune displays its technical and aesthetic mastery with DB25 Starry Varius, a poetic interpretation of the traditional DB25. The brand imparts a fresh, creative momentum with a personalized constellation, revisited lugs and an original 42mm case. Star-studded dials have become an integral part of the history of De Bethune, but what makes this highly personalized is the specific geographical location and a given date: the gold pins are fitted on the star-studded sky, making each model unique. The Milky Way pattern is then gilded using the traditional gold leaf technique and enhanced by laser beam micro-milling. De Bethune’s new take on the sky features a slender case in polished grade 5 titanium case measuring 8.8mm thick, featuring perfectly integrated and openworked lugs. The display features discreetly hand-polished rose gold hands sweeping over exactly matching hour-markers set on a silver-toned ring. Powered by the in-house mechanical manual winding DB2105 calibre, the DB25 Starry Varius is equipped with the latest titanium balance wheel as well as the triple pare-chute shock-absorbing system. Ready to follow the stars in De Bethune’s galaxy? | debethune.ch

Horological Micromechanics | Maximus flying tourbillon, in a limited edition of 99 pieces, premiered at Baselworld. Kerbedanz’s Maximus has the largest tourbillon in a wristwatch. The movement is made of 415 components with the tourbillon cage, in titanium, having 73 components (weighing 1.35 grams). Caliber KRB-08 – with giant central flying tourbillon, in-line pallets, in a 27mm cage – makes one rotation every six minutes and not in sixty seconds, which is usually the case. The Maximus features rose gold and platinum accents. The design of the movement was done in-house by Kerbedanz and has two pending patents. A bold horological feat, the Maximus sure grabs eyeballs. | kerbedanz.com

Check Your Calendar | The Longines Master Collection with a new annual calendar is a contemporary illustration of the brand’s expertise as well as the success of this range since its launch in 2005. The Longines Master Collection is the first range from Longines to house this feature. The annual calendar automatically manages the varying lengths of the months, allowing the timepieces to distinguish between a month with 30 days and a month with 31 days, without manual intervention. The models from the collection featuring an annual calendar contain the new automatic L897 caliber in a stainless-steel case. With 64 hours of power reserve and the annual calendar displayed at 3 o’clock, the movement can be viewed through the transparent case back. The rhodium plated or blued steel hands jump off the black or silver barleycorn or sunray blue dial. These watches are complimented by a steel bracelet or black, brown or blue alligator watch strap. | www.longines.com

Onboard the Weather Station | MB&F is very much in its creative element. Well, its Fifth Element landed at Baselworld watch fair with an alien pilot! An intergalactic horological weather station enabling accurate weather forecasting even when the power goes down has four elements: clock, barometer, hygrometer, and thermometer combine in a mothership (with Ross, the alien pilot) to create the Fifth Element. Crazy as it may sound, more than 500 individual components constitute the mother ship and its interchangeable elements of the unique design, co-created with L’Epée 1839, Switzerland’s premier clock maker. MB&F beckons you to hitch a ride with Ross. Don’t judge Ross by his looks; he is adept at his job. Thanks to manually-wound and air-regulated movement, pilot Ross rotates around the UFO’s cockpit checking that the skies are clear of both clouds and hostile invaders before he takes off. If you are wondering how this unique creation came about, here’s the backstory: MB&F founder Maximilian Büsser long admired desktop weather stations of the last century, but frustrated in not finding the right vintage model for himself, decided to create his own. Time for galactic adventures, perhaps. | mbandf.com 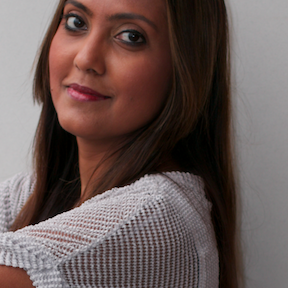