It’s not grappa. It’s Dappa. It’s made the same way as grappa but it’s called a marc and not grappa because it’s made outside Italy. In Devon. Nowhere near Mount Grappa near Venice.

“I’ve been around wine-making since a child. I can remember grape picking when I was three or four, “ says Cosmo, whose grandfather, Maurice, founded the Sharpham vineyards above the river Dart near the ancient market town of Totnes in the South Hams of Devon.

Caddy worked in South Africa for the Nelson Mandela Foundation, broadcasting fund-raising events, and also in worked in film production in California.

Grappa is made from grape skins after they have been used to make wine – the crushed skins are called ‘pomace’. It is a Product of Designated Origin (PDO). Like Champagne, it can only come from Italy and be made in a specific way.  Whilst Dappa is made in the identical way to “grappa, even using a custom-made copper from Italy, it still can’t be called grappa. The name was passed by DEFRA, Trading Standards and Brussels. The only ingredients are the alcohol which has been steamed from the pomace and Sharpham spring water. Once blended, it is cold filtered and bottled. 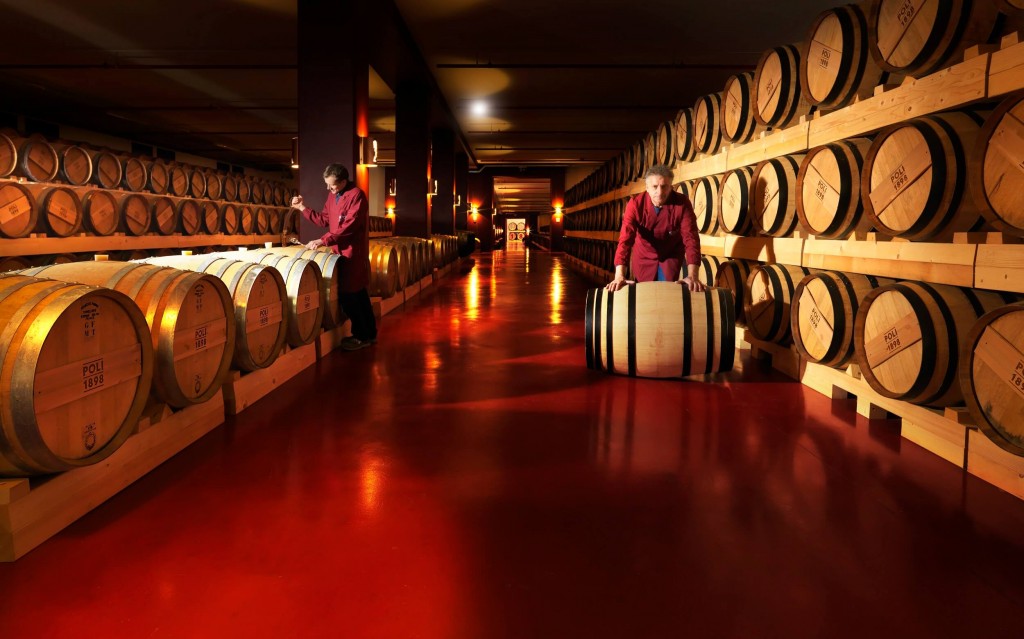 Adds Cosmo : “I drove to Italy from Devon to collect the 3.5 tons of equipment, towed it back over the Alps and through France. The licence from HMRC(HM Revenue & Customs)  to distil only arrived 3 days before the first skins were delivered!”

Italy has a museum dedicated to “ the only true Italian spirit”.  The Poli Grappa Museum opposite the Ponte Vecchio in the old Palazzo delle Teste in Bassano del Grappa near Venice houses 1,500 miniature bottles from 323 distilleries. Also oin display in Schiavon are a further 2,000 bottles of standard grappa bottles  made between the ’30s and the ’80s and coming from 440 companies, many of which have closed.It also has a “Library of the Spirit” containing  Hieronymous Brunschwigh’s 1500 manuscript , the  first grappa text. Also, there are “olfactometers” which allow visitors to smells twenty different distillates. 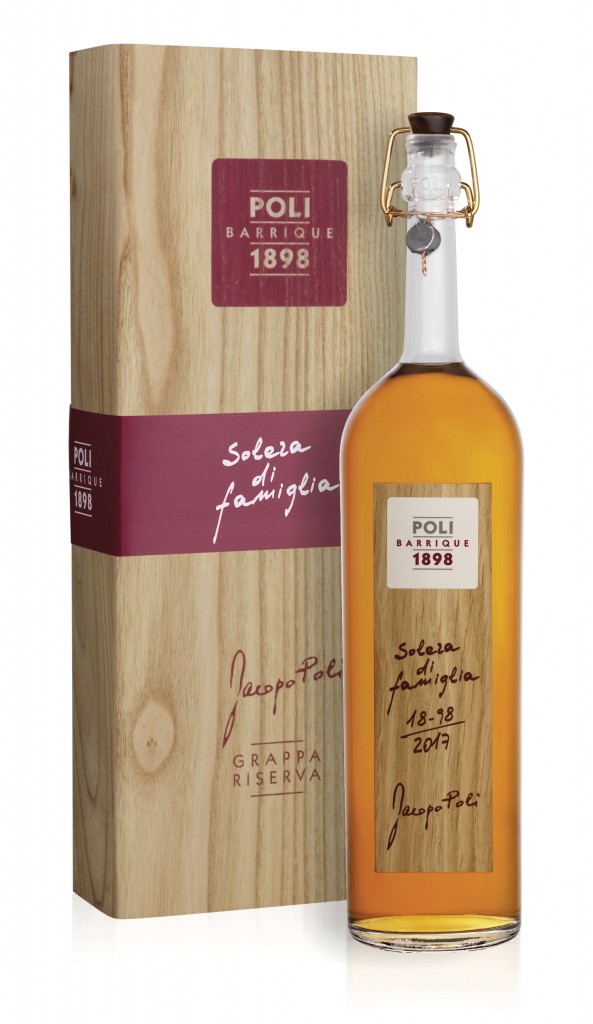 Jacopo Poli is one of the world’s most respected grappa makers.  Their most expensive products are “La Premiere”, Eau-de-vie obtained from Cabernet Sauvignon, Merlot and Petit Verdot grape marc of the most renowned Château Premier Grand Cru in Pauillac (Medoc) and  “Poli Barrique”, aged Grappa made using  Solera method and kept in barriques in the distillery’s underground cellars.

Another premium grappa producer is Nonini in Friuli  who made the first grappa from the Picolit grape as well as the first whole grape distillate (“Ue”). The company is run by sisters, Antonella, Elisabetha and Cristina Nonini. They are fifth generation grappa makers.  The company goes back to 1897.  The Nardini company makes 22 year old Selezione Bortolo Nardini Riserva.

In Brancolino, Trentino, the Marzadro distillery was founded by Sabina Marzadro in 1949. Her notebooks are filled with drawings of Alpine herbs she used to infuse her famous grappas. Among others, Marzadro makes blueberry, rue, nettle and mountain pine grappas.

Herbs have long been infused into “acquavite simplicum” to make “acquavite composita”.  As well as aged ( barrique aged in underground cellars) and young grappas, Poli ( 1898) makes a chamomile-infused grappa.  Its Crysopea still makes “Cleopatra” with orange blossom and whie Muscat grapes from the Euganei Hills. The distillation method goes back to the last eighteenth century. 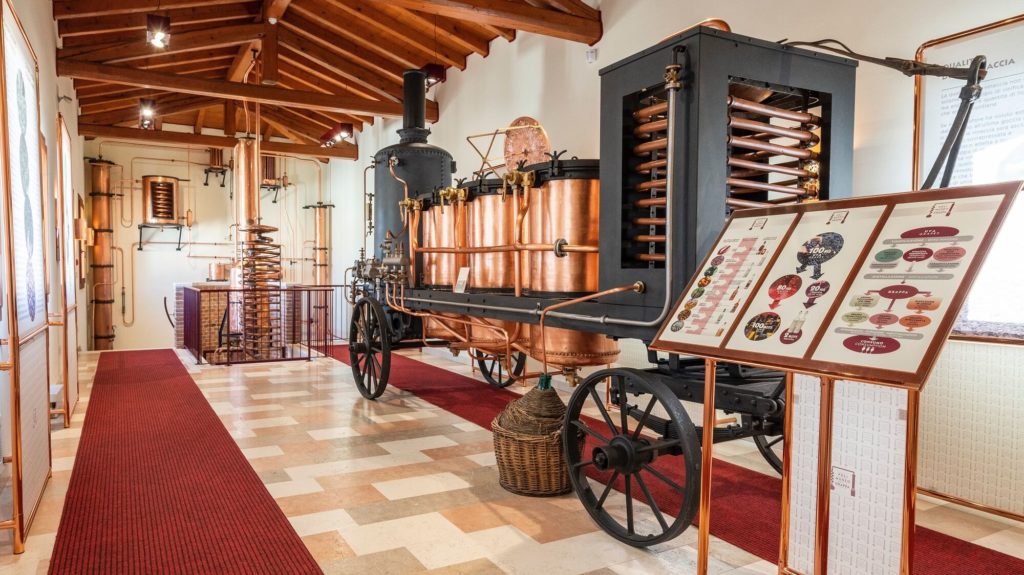 Allegedly a Roman soldier first distilled grappa in Bassano with a 2nd century AD  Egyptian still (“Crisiopea di Cleopatra” 2nd century AD).  Jesuits distilled pomace in large amounts. Modern “industrial” distillation only began in 1979.  “Bain-marie” ( steam distillation) produces purer grappa. Expensive  grappas are aged  in casks of oak, acacia, ash and cherrywood, as introduced by the Marzadro Distillery. In Sardinia, Grappa is called Filu è Ferru (iron wire).  The once illicit liquor was once buried in fields. Wire was tied around the bottleneck. When this rusted away, the drinks’ location was shown by a brown stain.

Grappa, primarily an after-dinner “digestivo”, when added to coffee becomes a corrected coffee or “caffe correcto”. With an “ammazzacaffe” (“coffee-killer”), the espresso is followed by a slug of  grappa. “Resentin”  (“little rinser”)  is grappa added to the last mouthful of coffee in the cup. Pistachio nuts are meant to bring the best flavour out of grappa , called “orujo” in Spanish.

“We started serving Dappa in an Italian coffee shop in Totnes on the Atlantic , “ says Devon Distillery’s Cosmo Caddy. “I added a hint of green, using the pantone colour of the Devon flag.”