Winter White: A New Richard Mille for Women Has Arrived

When one thinks about high-end Swiss watch manufacturer Richard Mille, athletes such as Rafael Nadal or musicians like Jay-Z often come to mind (who could forget his 2.5-million-dollar custom made sapphire Richard Mille watch?). But what many don’t realize is that Richard Mille puts as much emphasis on partnering with women brand ambassadors and puts as much research, time, and effort into creating quality watches for women as they do men. But the brand doesn’t do it because focusing on the women’s market is a “trendy” thing to do. Richard Mille has been doing this for years.

A Timeline of Equality

Richard Mille and his partner Dominique Guenat launched their first men’s watch – the RM 001 – under the Richard Mille label at the Baselworld Watch and Jewellery Fair in Basel, Switzerland, in 2001. Just four years after the original launch, the first Richard Mille watch created for women was released: the RM 007 Ladies Automatic. The RM 007 had the same tonneau case shape as many of the brand’s most recognizable men’s watches, but the women’s watch had smaller dimensions and contained a different rotor than the watches released prior.

In 2012, the brand debuted the RM 037 Ladies Automatic timepiece, which contained Richard Mille’s first in-house movement, the caliber CRMA1. This automatic winding caliber was crafted from skeletonized grade 5 titanium and boasted a 50-hour power reserve. Aside from those characteristics, the then newly introduced RM 037 offered additional functions that the smaller Richard Mille ladies’ watches didn’t have at the time. The RM 037 was designed with an oversize date and a function selector, which meant there was no need to pull out the crown to wind or set the watch, thus eliminating the potential damage mechanical watches can sometimes incur (and, let’s face it, many a manicure were likely also saved in the process.) But the brand’s dedication and loyalty to its female clients didn’t stop there.

2014 was dubbed the Richard Mille “Year of the Woman.” It was the first year the brand offered metal bracelets on their timepieces, and originally, that offering was only for their women’s watches. In 2018, Richard Mille released the RM 71-01 Talisman Collection ladies timepieces, which contained the manufacturer’s first automatic in-house tourbillon. The RM 71-01 was also the first collection designed by Cecile Guenat – the daughter of co-founder Dominique Guenat – who had been designated the first Ladies’ Collection Director.

Cecile Guenat has since unveiled the playful Richard Mille Bonbon Collection, which debuted in 2019, as well as the RM 71-02 Talisman, which came out in November of 2020. She has also aided in producing variations of existing Richard Mille ladies’ watches, including this newly released RM 037 White Ceramic. 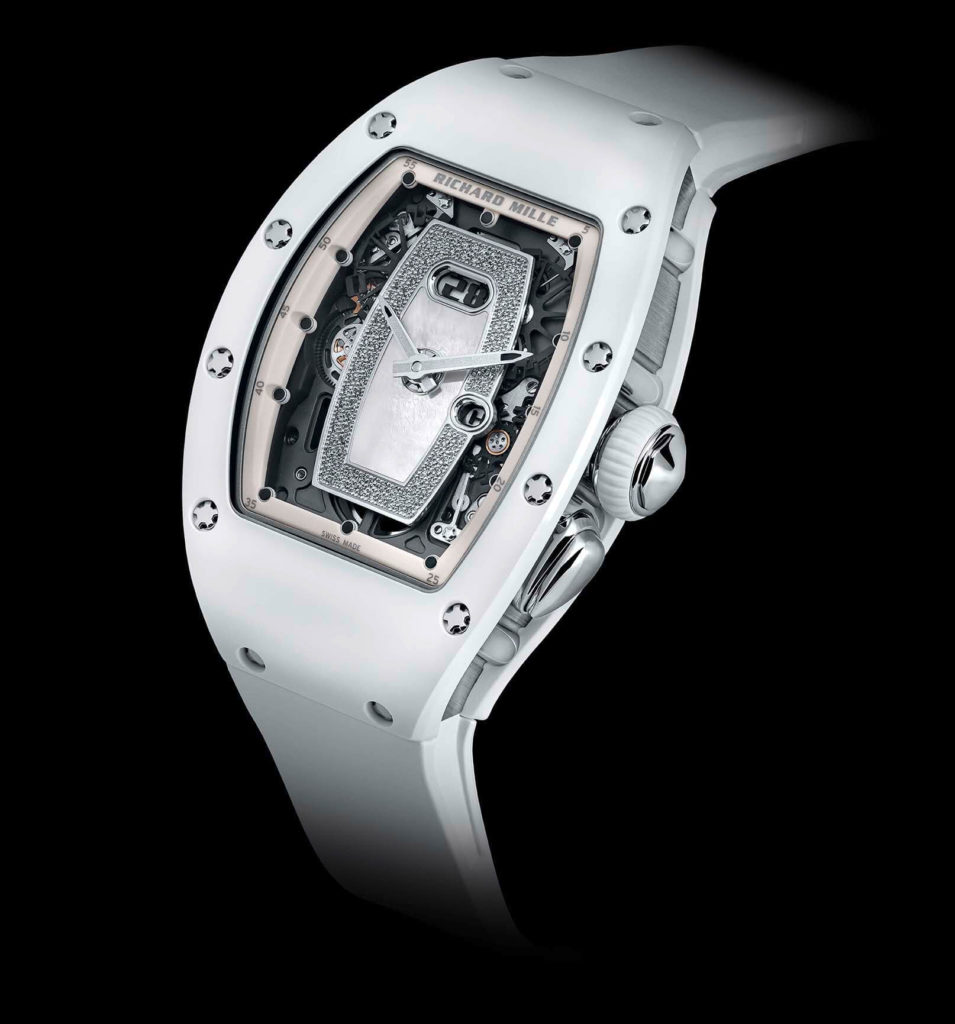 A Variation of the Purest Form

Like the aforementioned RM 037 released in 2012, this new version also contains the CRMA1 caliber automatic movement, oversize date display at 12 o’clock, and a function selector at 4 o’clock. The function selector is used by the wearer to choose between winding (W), neutral (N), and hand setting (H) actions without having to pull out the watch’s crown. The design of the said crown – which features a patented stem-crown assembly – guarantees the wearer protection from potential damage as the crown is no longer connected to the watch movement but is rather instead a part of the case, removing the risk of the crown breaking.

Aesthetically, this newest version of the RM 037 is as calming as it is complex. The dial and case combine ATZ (Alumina Toughened Zirconia) white ceramic, mother-of-pearl, and white gold for the first time in a Richard Mille timepiece. Hypo-allergenic and one of the hardest materials in the world, ATZ ceramic is sought after because of its extraordinary resistance to scratches and abrasions, as well as for its even coloring, making it an ideal material for a watch case. In addition to its durability, ATZ ceramic gives off a matte appearance due to the process through which the ceramic is made. For as strong as the material is, to look at it – specifically in this particular shade of bright white – the eye is tricked into thinking the case material is almost soft. And while Richard Mille watches are often referred to as “race cars for the wrist” – and mechanically, this is quite a good metaphor for them – the white ATZ ceramic has a feminine feel to it, which makes the watch more versatile to wear, no matter the occasion (or if there is no occasion), even with the diamond and mother-of-pearl embellishments at the dial’s center. And finally, the skeletonized automatic-winding in-house movement, baseplate, bridges in black PVD-treated grade 5 titanium, and red gold variable-geometry rotor are visible through the watch’s sapphire glass crystal.

This new, white ceramic version of the RM 037 has all of the characteristics of the original, ensuring that this ladies timepiece collection by Richard Mille continues to be seen as important by watch collectors and enthusiasts around the globe. And don’t be surprised if you see it sooner than later on a wrist of one of the many strong female brand ambassadors with which the brand has partnered over the years. The RM 037 White Ceramic is edgy yet elegant, mechanically magnificent, and makes for a perfect watch to wear in the winter (or summer, or fall, or spring). And it is available exclusively at Richard Mille boutiques worldwide for a retail price of $180,000.00 USD. 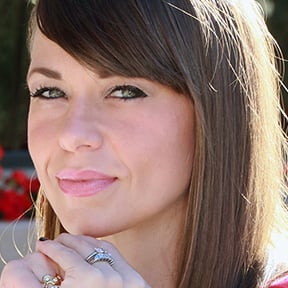 Barbara Palumbo
Barbara Palumbo is an editorial writer, journalist, and podcaster who primarily covers the jewelry and watch industries. With a career spanning twenty-three years and a background in wholesale and retail sales, manufacturing, and marketing, her extensive knowledge along with her unique style of writing paved the way for her to become one of the industry’s most well-known voices.
Previous articlePatek Philippe Nautilus 5711/1A, The Most Desirable Luxury Sports Watch in the World
Next articleVilnius, A Glimpse into a Fascinating History & Culture